It was a job he couldn’t refuse.
Pakistani businessman Parvez Henry Gill claims that four years ago, he was told in a dream that God wanted him to find a way to help persecuted Christians in Pakistan, The Washington Post reports. 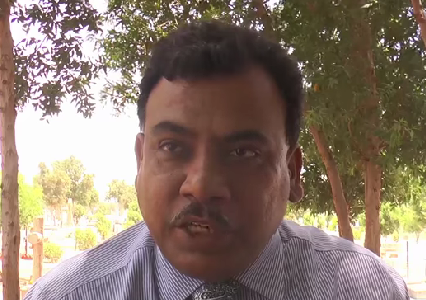 How should he go about this monumental task?:

“I want you to do something different,” God told him.

The Express Tribune explains, in his words, his approach to answering God’s call:

“I said, ‘I am going to build a big cross, higher than any in the world, in a Muslim country,’ ” said 58-year-old Gill. “It will be a symbol of God, and everybody who sees this will be worry-free.”

So, right in the heart of the bustling metropolis of Karachi, Pakistan, construction on what would become a 14-story tall cross began.

Standing 140 feet tall by 42 feet long, the monumental cross stands guard at the entrance of the Gora Qabaristan Cemetery.

The Christian cemetery has suffered numerous attacks of vandalism, according toThe Jerusalem Post.
Believing the symbol will offer Christians enough hope to want to stay in the area, Gill also made sure it would withstand expected attacks from those who object to it,The Christian Post reports:

Gill said destroying the cross will not be easy because it’s “bulletproof” and sits on a 20-foot underground base.
“Tons and tons of Iron, steel and cement,” Gill stated. “If anyone tries to hit this cross, they will not succeed.” 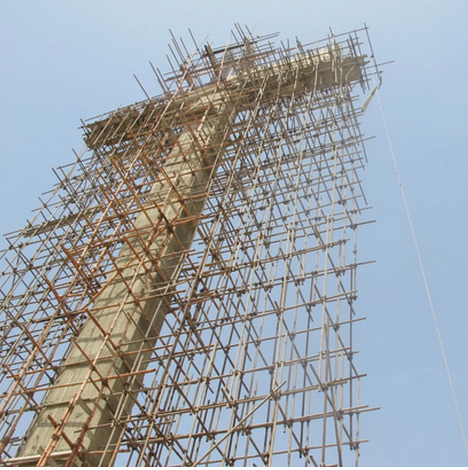 Given that Muslims make up more than 90 percent of the Pakistani population, when Gill first hired workers, he did not tell them what they were building.
But when his “bulletproof cross” began to take shape, 20 of the employees quit.

Others, however, continued to peaceably work side-by-side with Christian construction workers, according to The Christian Post.

When asked about what could be a project that puts a target on his back, Gill responds by referring to Psalm 91:

“Whoever dwells in the shelter of the Most High will rest in the shadow of the Almighty. I will say of the Lord, ‘He is my refuge and my fortress, my God, in whom I trust.’ Surely he will save you from the fowler’s snare and from the deadly pestilence.”

The cross is expected to be completed later this year.