22 Albino Animals Are The Most Incredible Animals On The Planet 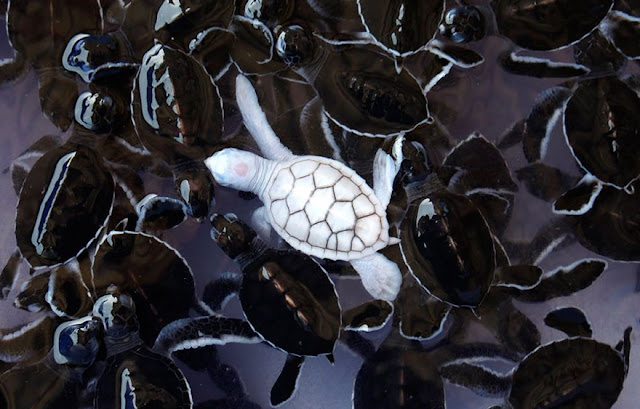 Turtle - It's exciting that turtles can live over 100 years. I hope this little guy thrives because he would be so much fun to see as an adult! 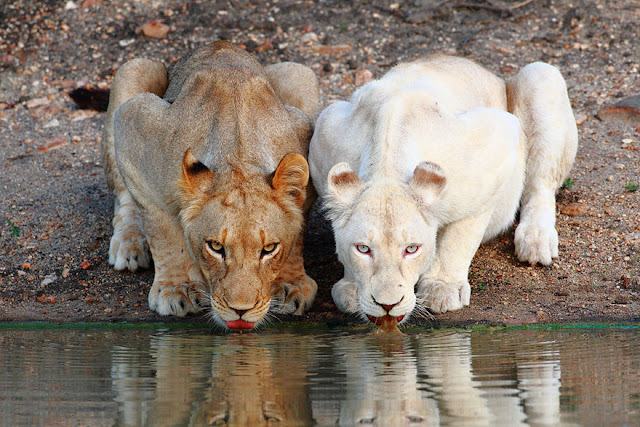 Lioness - This lioness made our list even though she is not truly albino.  You can tell an animal is albino because they are pure white with red eyes. Because this lioness has some color variations and blue eyes she is actually leucistic.  Leucistic is similar to albinism, but not as severe. They have a reduced amount of pigmentation instead of a complete lack of pigment. However, they are still beautiful and rare like truly albino animals are. 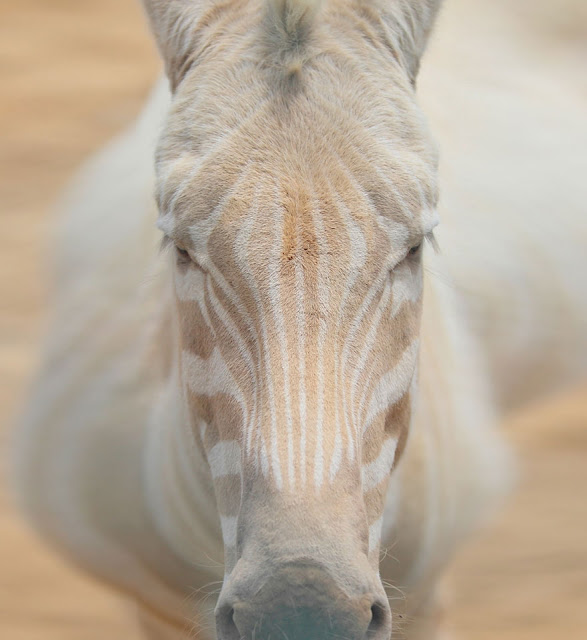 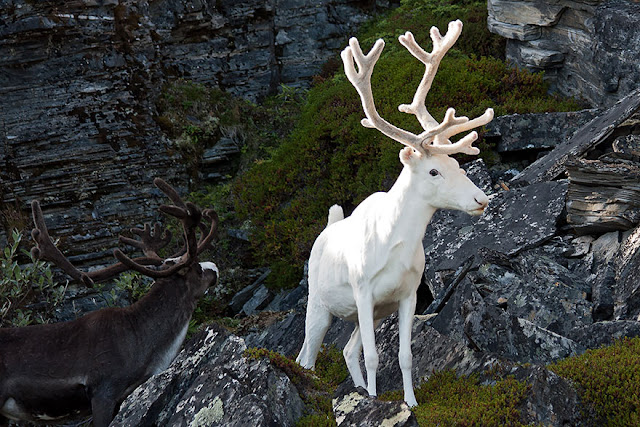 Reindeer - This leucistic reindeer obviously stands out against the rock, making it easier for wolves to prey upon when compared to its normal colored sister to the left. However, the lack of pigment may be an asset in winter months when there is snow on the ground. Fun fact, Santa's reindeer are all female because male reindeer would have shed their antlers by the time Christmas came around. 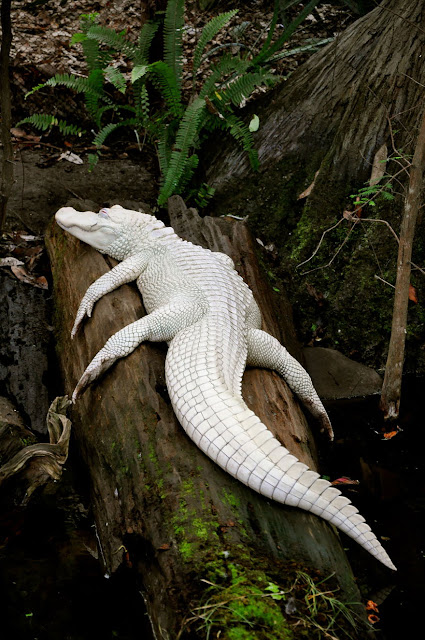 Alligator - This beautiful, white alligator is a true albino. Notice the eyes and the red color.  This alligator is most likely in a zoo or sanctuary, as it would stand out so much in the water to make a sneak attack almost impossible when hunting. 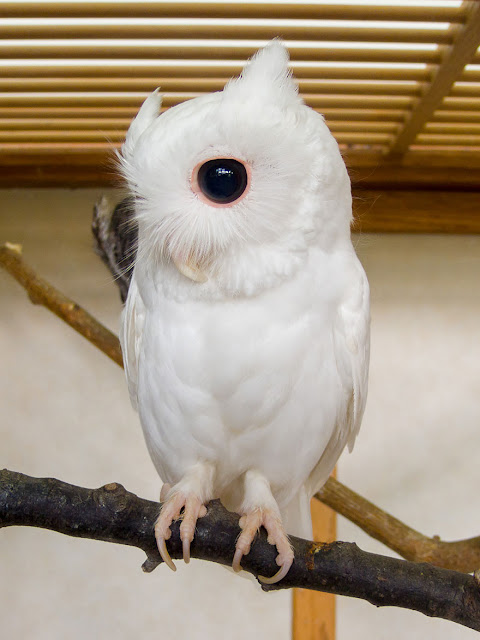 Owl - This gorgeous owl is amazing because of its uniqueness. I would love to see one of these in the wild! 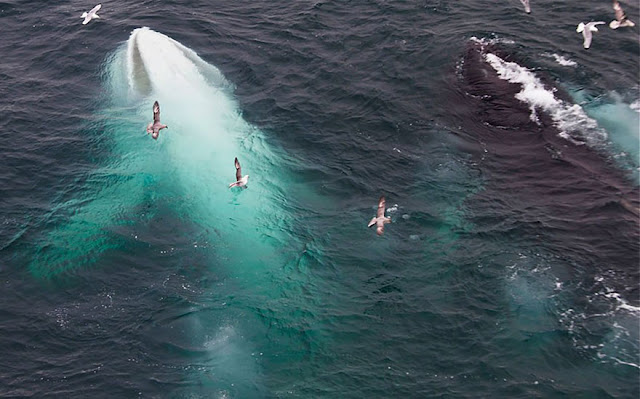 Humpback Whale - It's amazing that this whale wasn't killed while it was a calf. Especially knowing that Killer Whales kill Humpback calves. This whale would never be able to blend into the water. But the thing that put it in danger in its youth makes it extremely beautiful. Seeing him in the wild would be a dream come true! 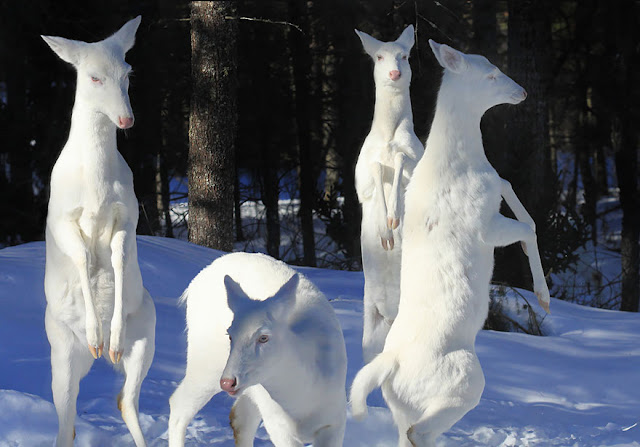 Family of Deer - The gene in this herd must be extremely strong to have so many members lacking pigment! I love how they are playing in the snow! Or maybe they don't like the snow and are trying not to touch it! 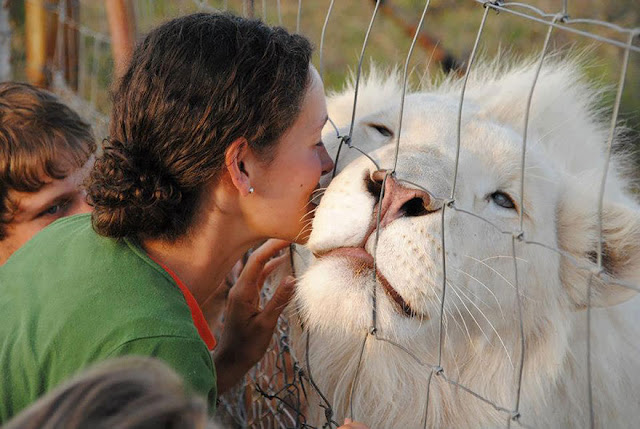 Lion - This lovely lion is simply breathtaking. However it is a good thing he lives in captivity because he would not do well in the wild. Did you know that the darker the mane the tougher the lion? A black mane means the lion has never lost a fight so it can warn away possible rivals for his pride. Once they lose a fight their mane will lighten. This white mane would scream to other lions that he is weak, even if that is not the case. 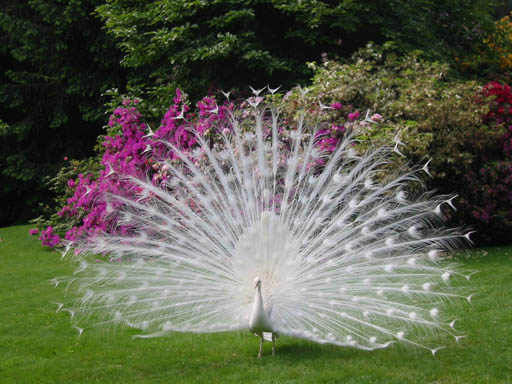 Peacock - This peacock is absolutely gorgeous! However, I bet he is just as obnoxiously noisy as his colorful brethren. 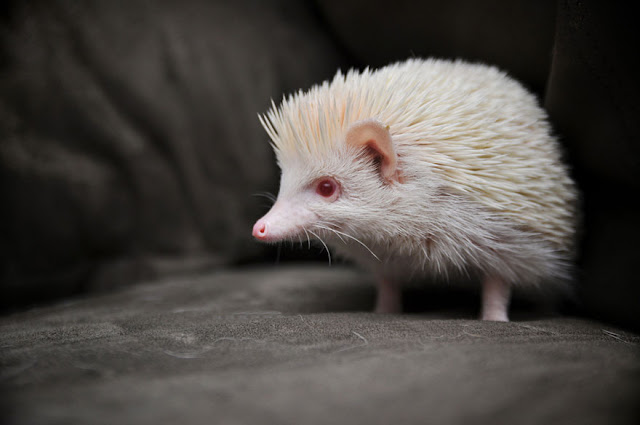 Hedgehog - This albino hedgehog is a very shy animal. It's too bad that his coloring will bring him tons of attention! Did you know that there are 17 different types of hedgehogs? 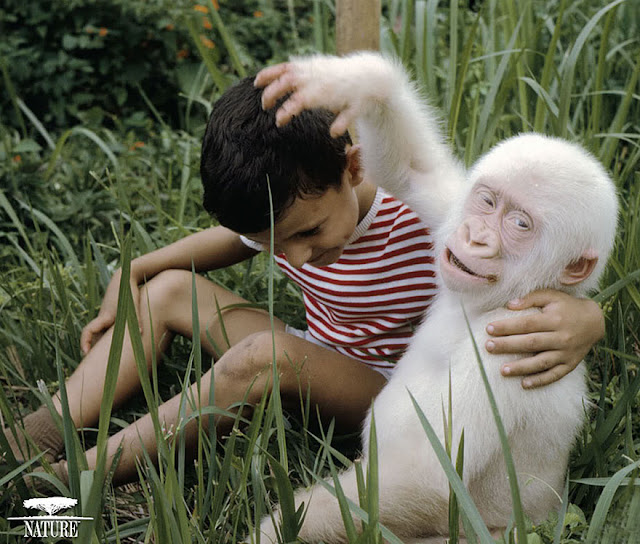 Gorilla - Gorillas are the largest primate that have many similar traits to humans. They can also be leucistic or albino. 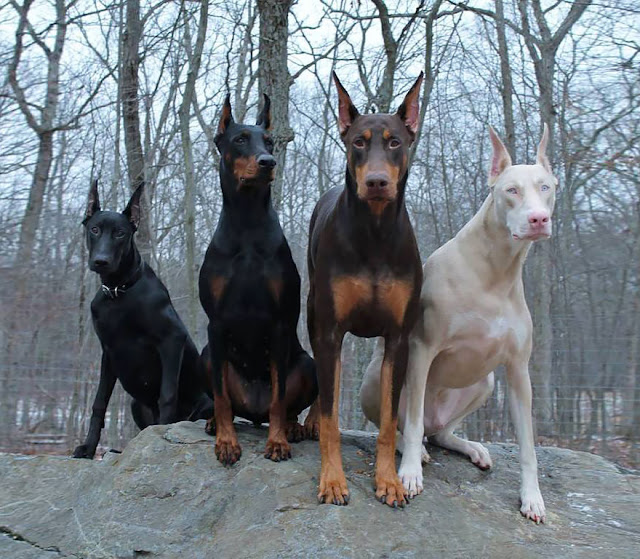 Doberman Pinscher - This Dobie is leucistic since the eyes are blue and it is not pure white. However, it is still a gorgeous dog! And as a Dobie fan, I also like the pure black guy in the back. I've never seen a pure white or pure black Doberman before. 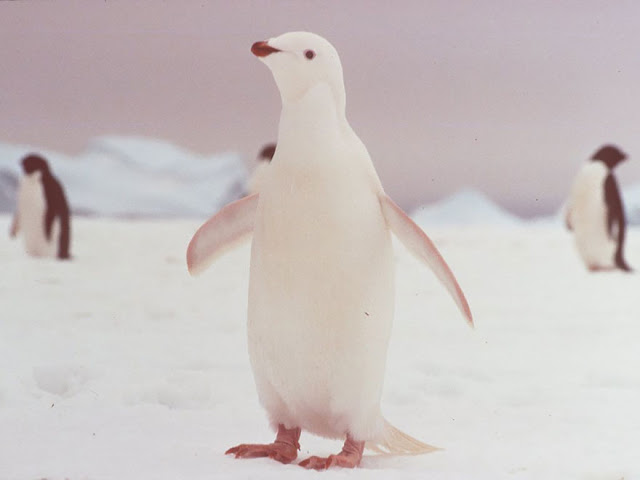 Penguin - This poor penguin is missing his tuxedo! He forgot to get dressed for the party! 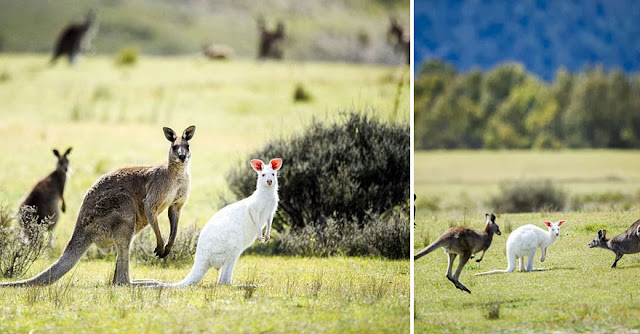 Kangaroo - I love kangaroos and this cute little joey is no exception! However, I recently learned they can be extremely dangerous, so I will appreciate it from a distance! 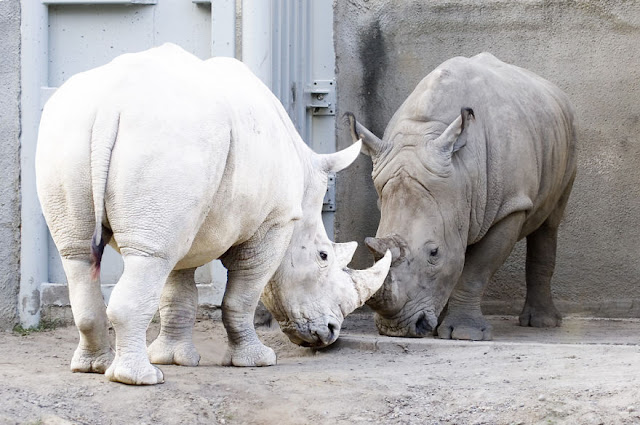 Rhinoceros - I may be wrong, but I believe this is one of only 5 white rhinos living in the world, and all are in captivity. 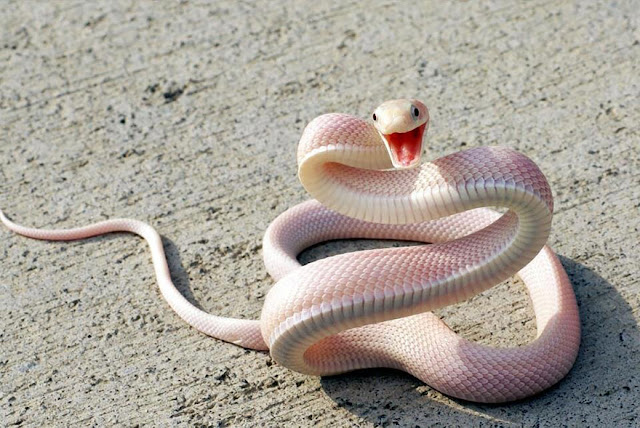 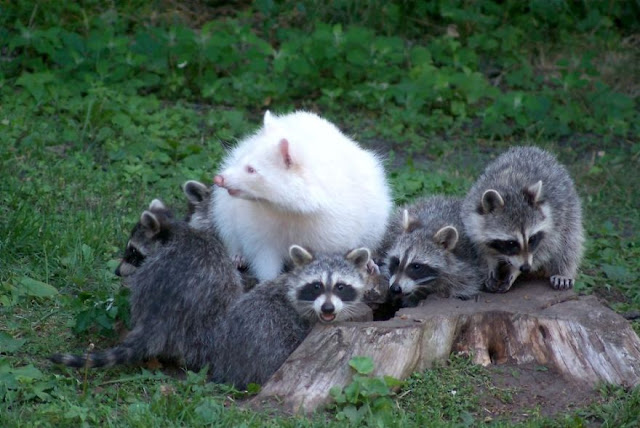 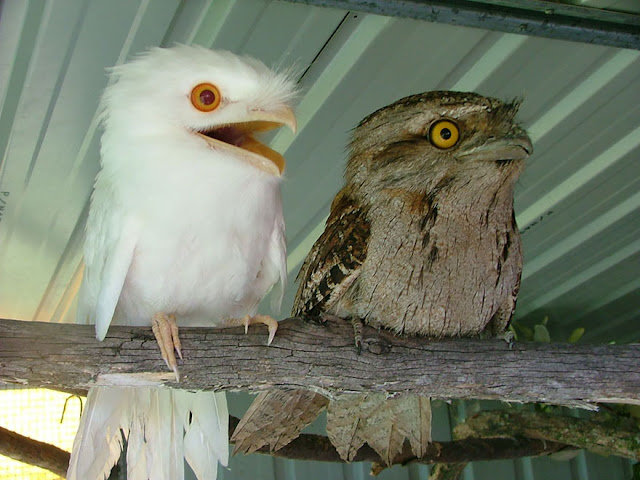 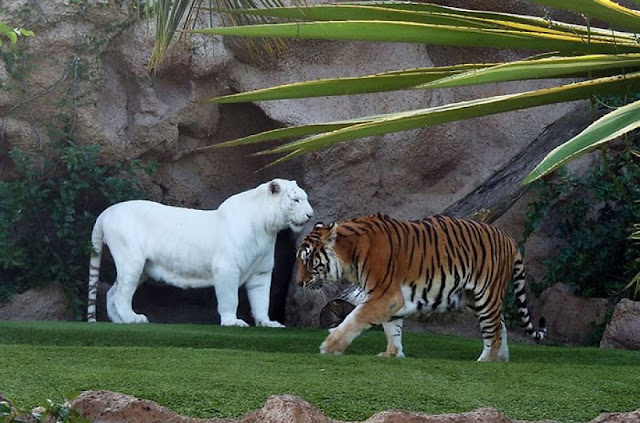 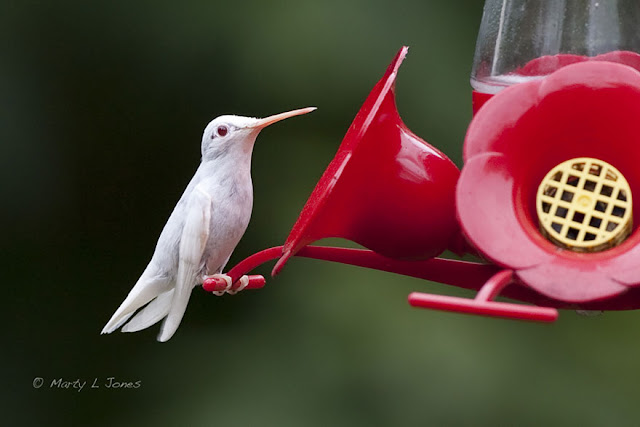 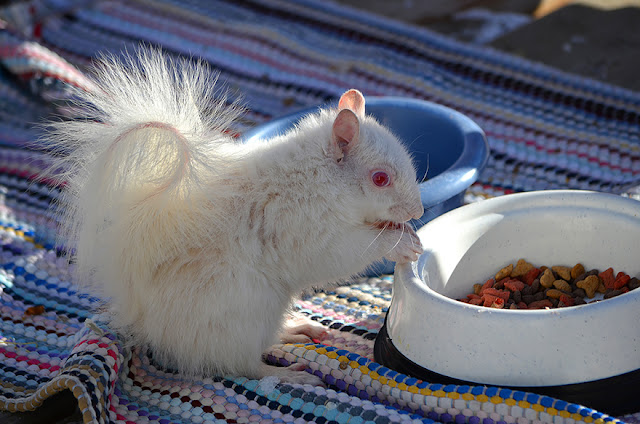