Ancient Mexican Church Buried in the Past (10 Pics) 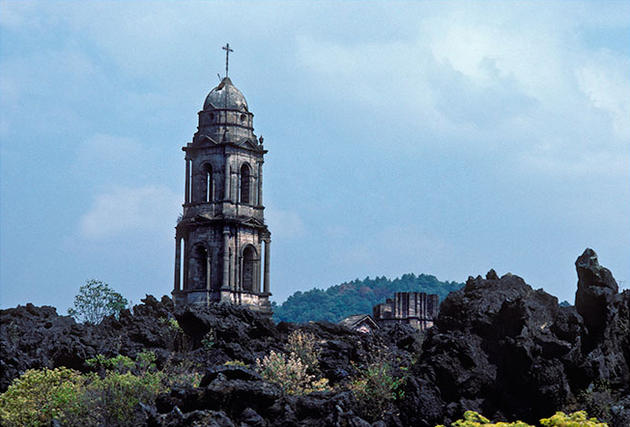 In 1943 Volcán de Parícutin began erupting without warning, it buried two entire villages in the process. The village of San Juan Parangaricutiro was one of them and the only thing left to remind us of the village that was once here is an ancient church. It is buried under more than 20 feet of lava rock.
The entire village is still buried around this church. After the volcano began its eruption in 1943 it didn't stop erupting for 8 years. 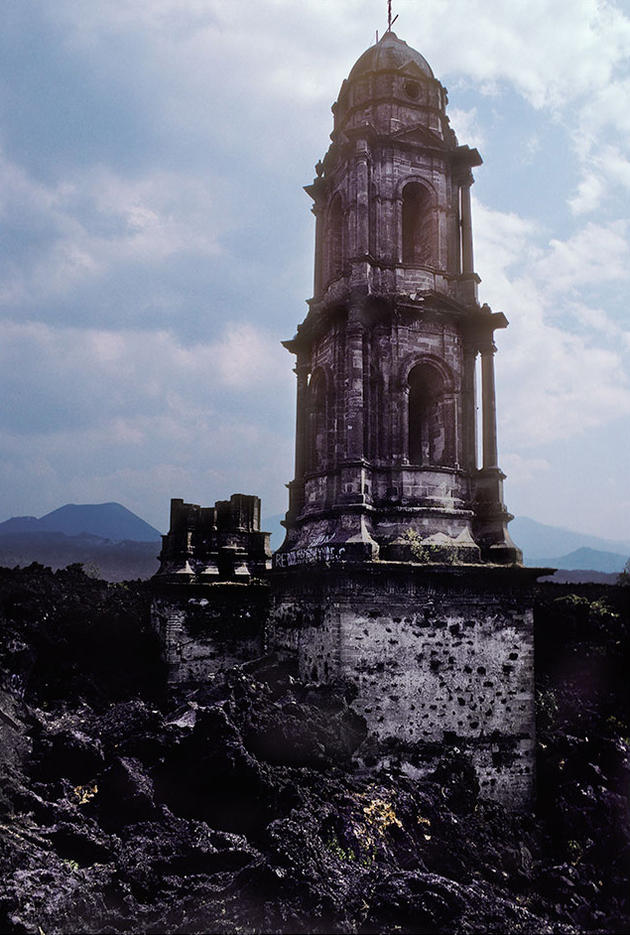 The only reason this church survived is due to its rugged architecture. It is made out of rock slabs and other heavy materials. It is truly a monument to a lost village. 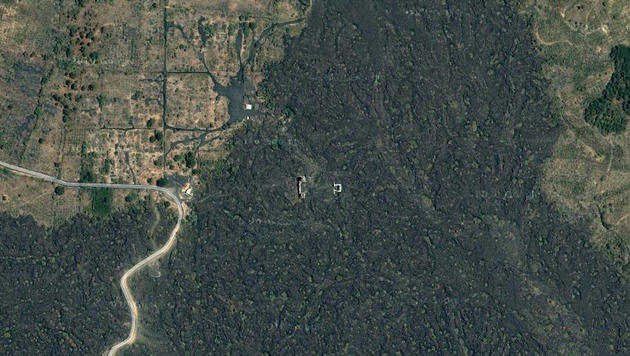 It is very interesting to see it on Google Maps, since you can track down how far the lava really traveled from the volcano. 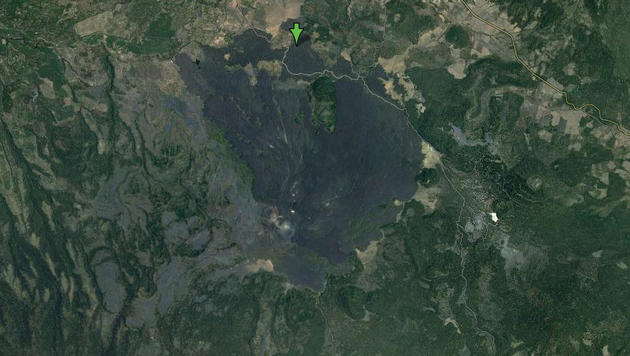 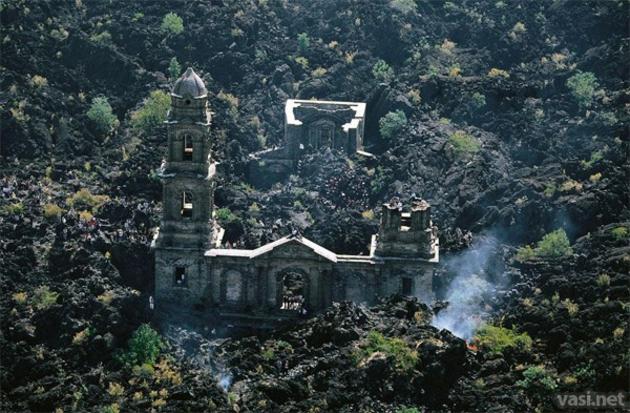 What can be seen today is actually the second story of the church. Everything else got covered by the lava. It was extremely deep. 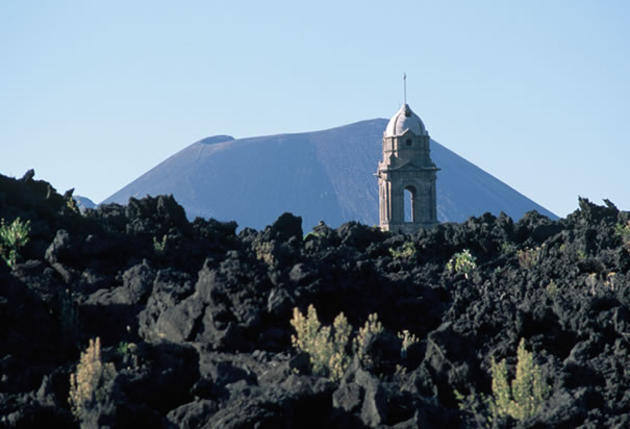 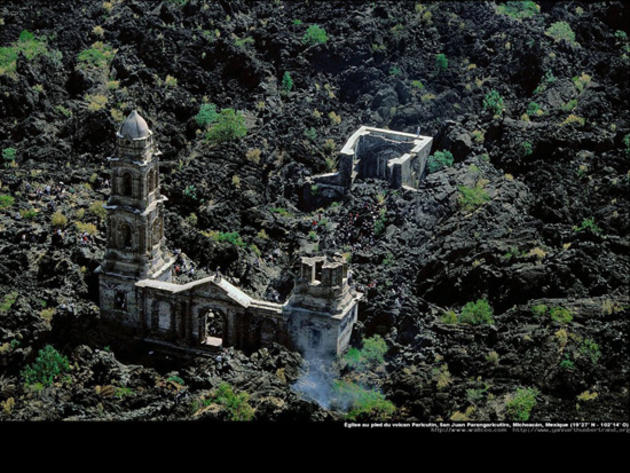 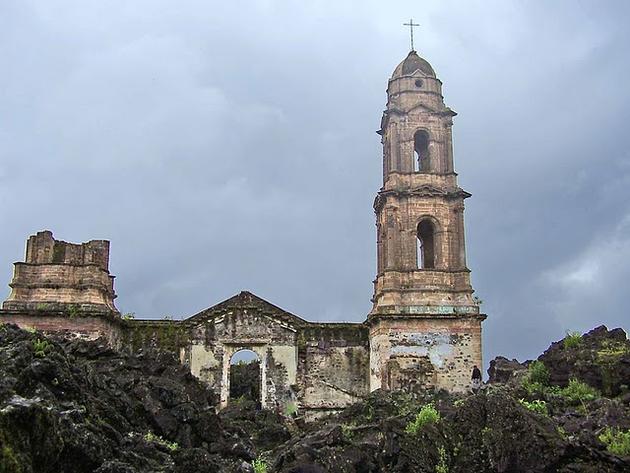 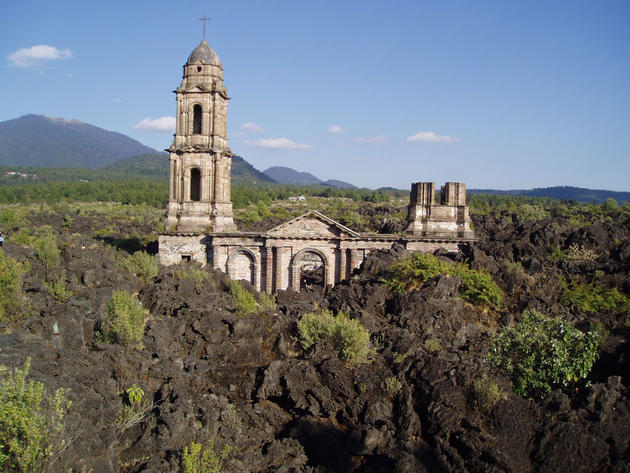 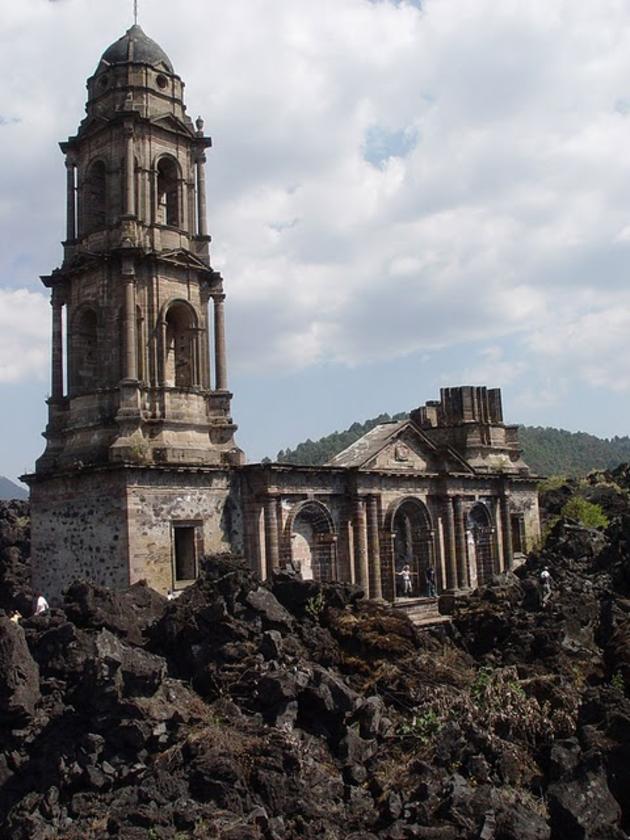