Hauntingly Surreal Photos of the Abandoned Fairytale Castle in Belgium

Miranda Castle, aka Château de Noisy, lies in Celles, in Belgium’s province of Namur. A landscape and building right out of a fairytale, the site is photographed and sought after by urban explorers and curious travelers alike.
Construction on the castle started in 1866. Designed by English architect Edward Milner, it was intended as a summer home for the Liedekerke De Beaufort family. Milner died before it was finished, and the neo-gothic château only saw its completion in 1907 after the clock tower was erected.    Part of World War II’s Battle of the Bulge took place on the property, and for a time it was occupied by Nazis. In 1950, Miranda Castle was renamed Château de Noisy and operated by the National Railway Company of Belgium as a holiday camp for sickly children. It lasted as the camp until the late 1970s.
Today, it still sits weathering and succumbing to decay and vandalism. Parts were heavily damaged in a fire and many areas of the ceiling are now collapsing. Talks of demolition are circulating, so this abandoned treasure may not be around much longer. 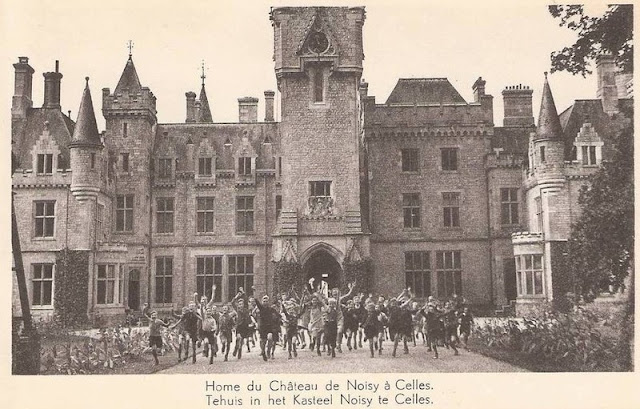 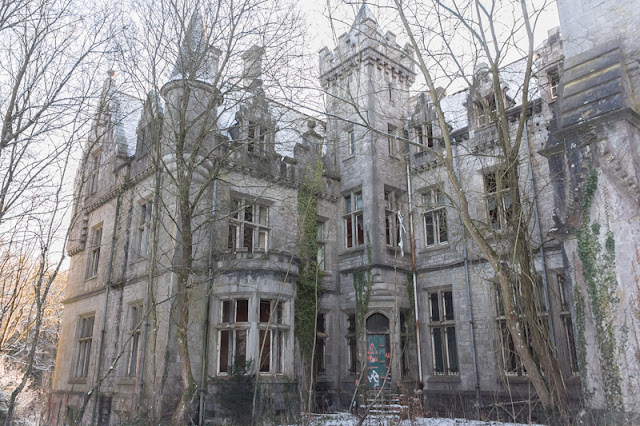 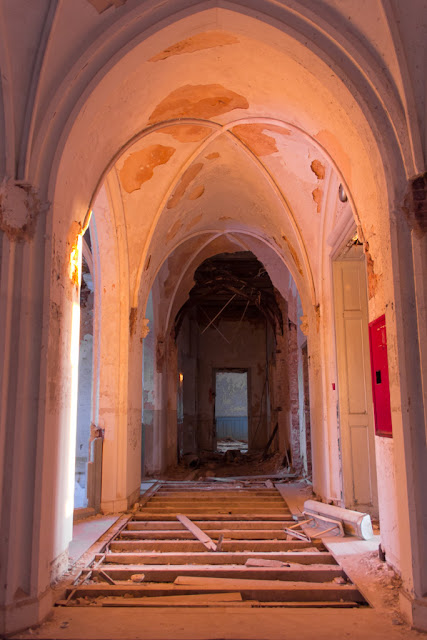 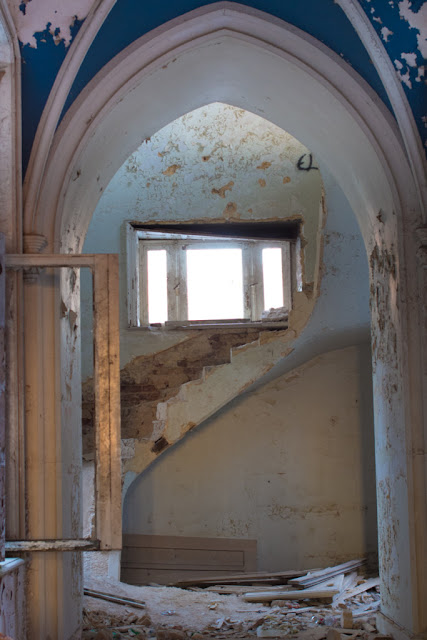 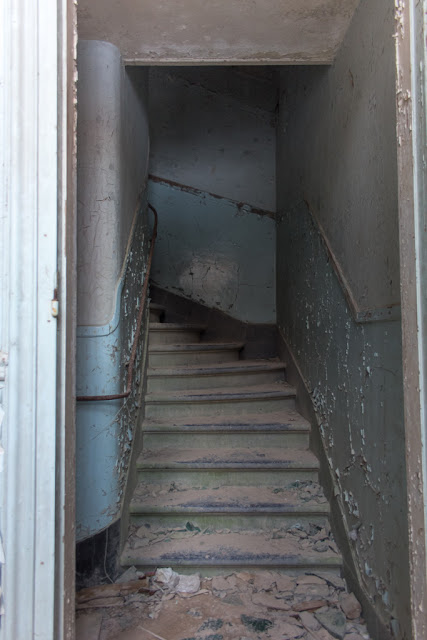 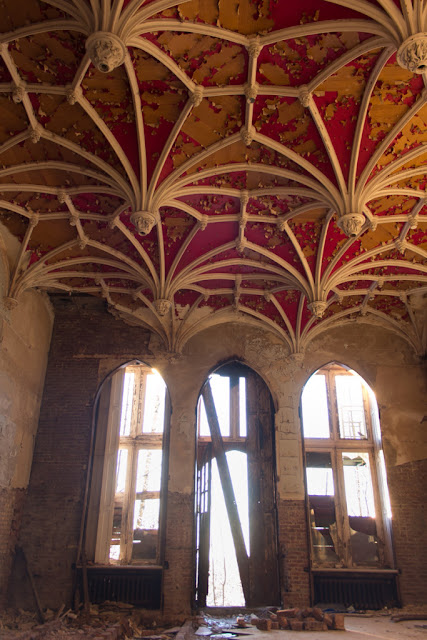 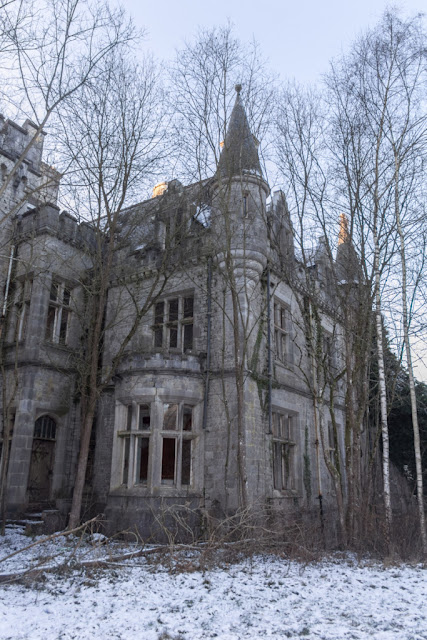 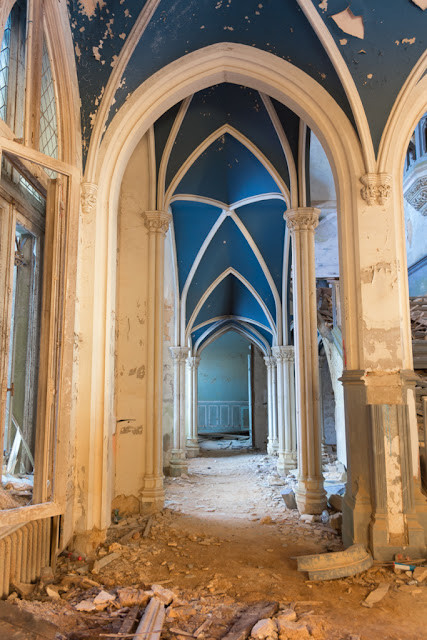 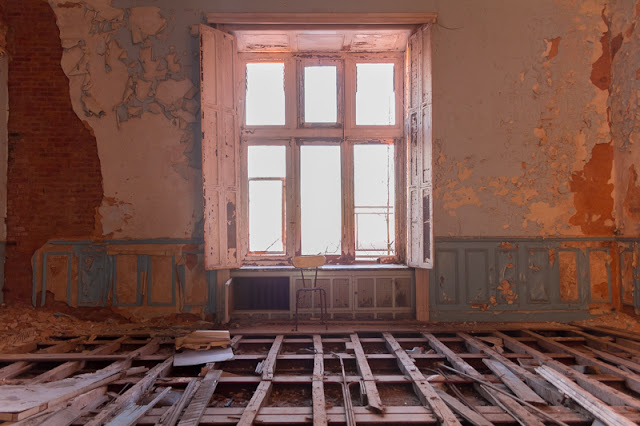 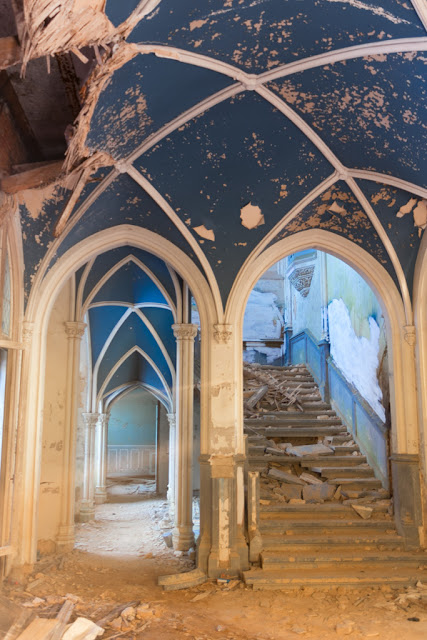 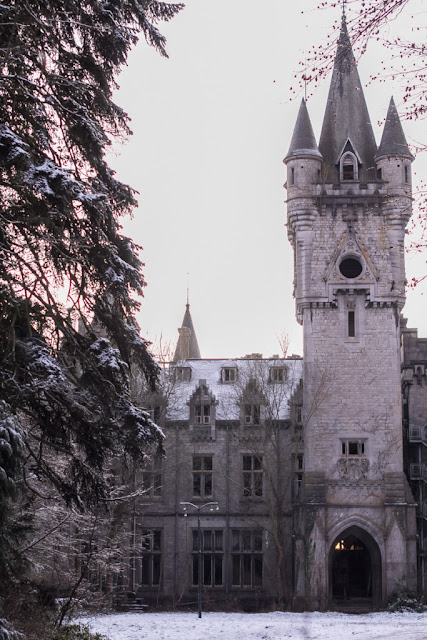 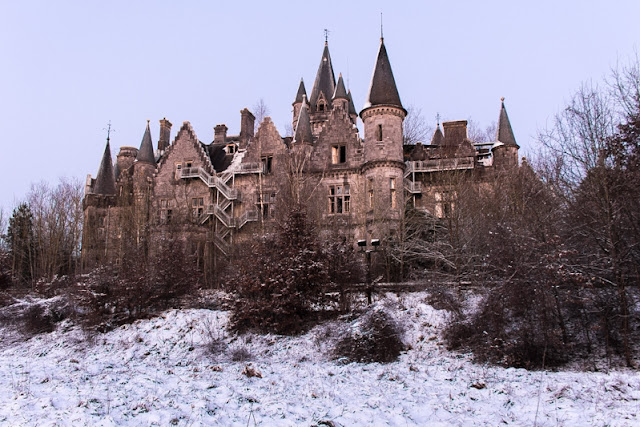 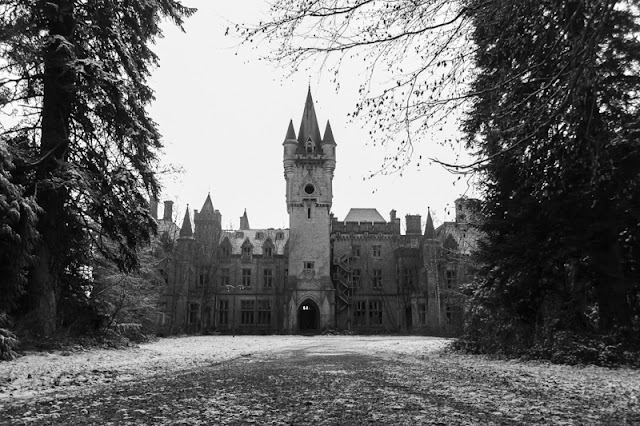