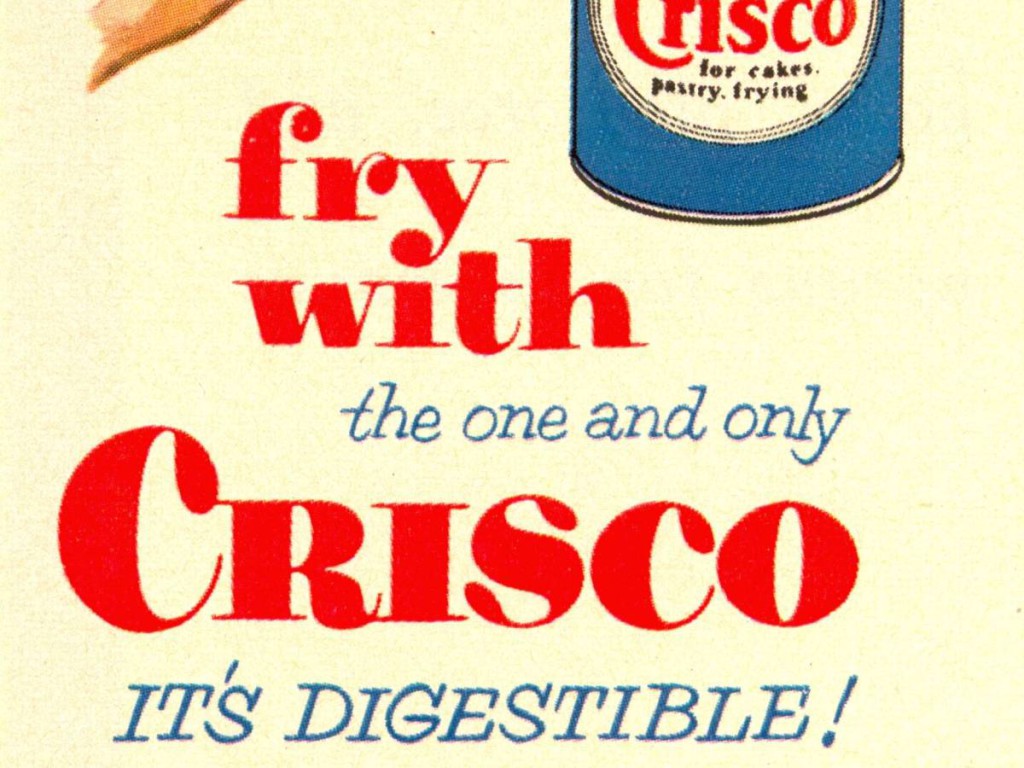 First introduced in 1911, Crisco was a cheap substitute for animal fat and butter. It was the first hydrogenated vegetable oil product sold. Before it was widely understood that hydrogenated oil is terrible for you, Crisco was marketed as not only economical but also “digestible.” 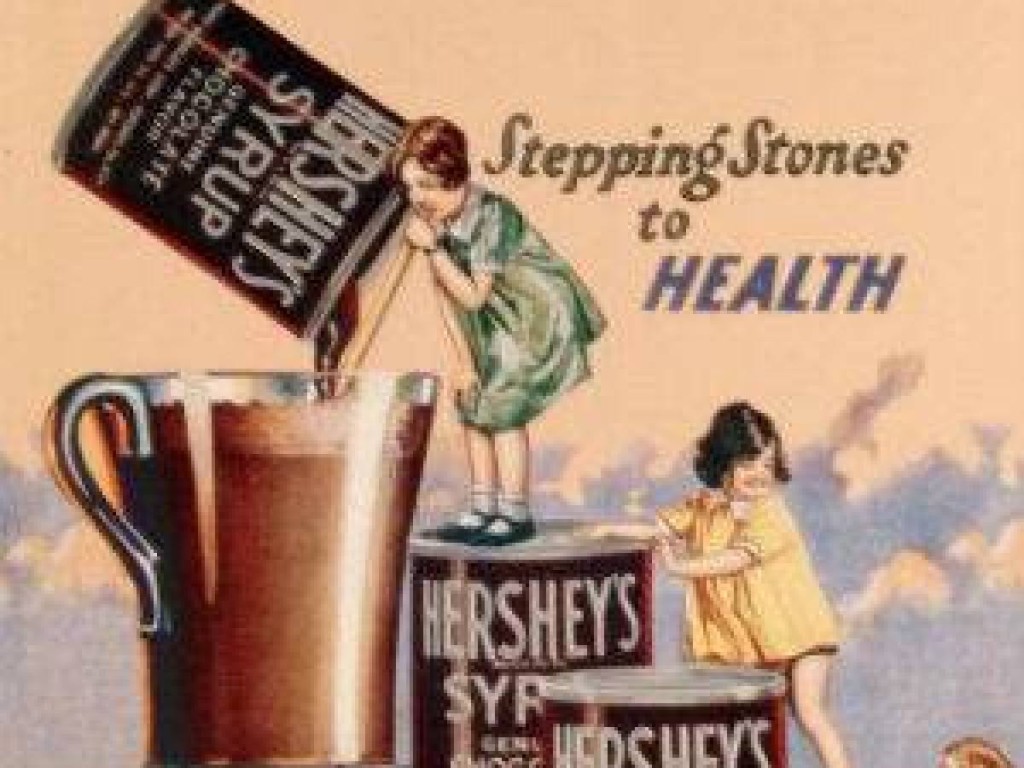 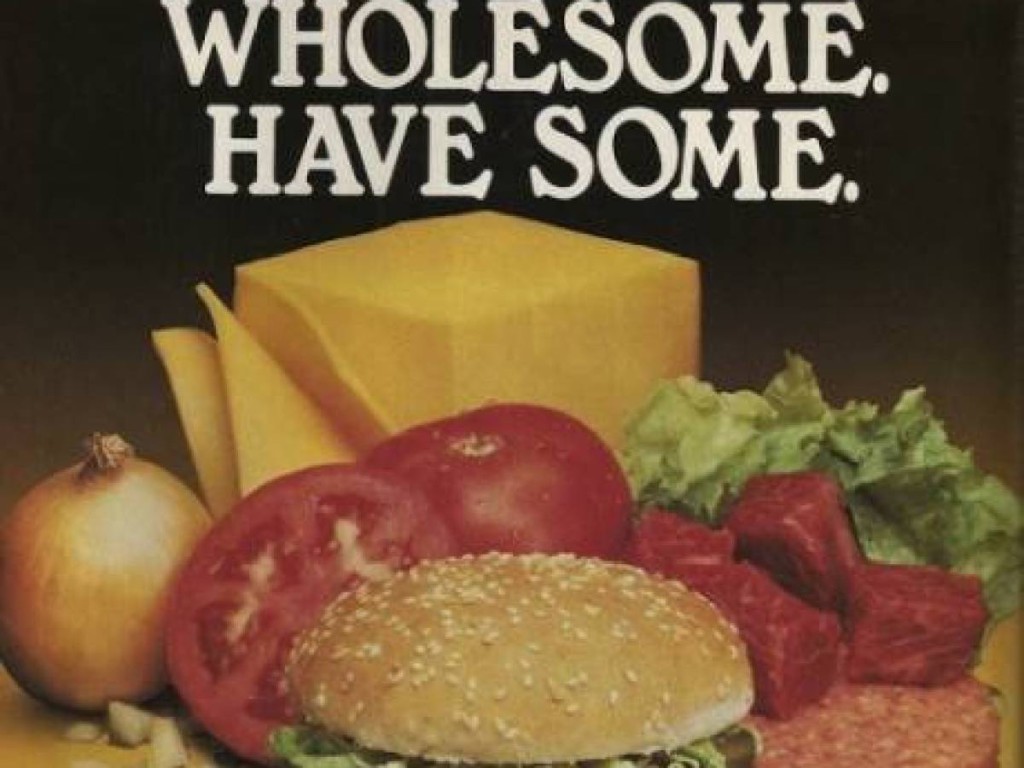 In what universe McDonald’s is wholesome? 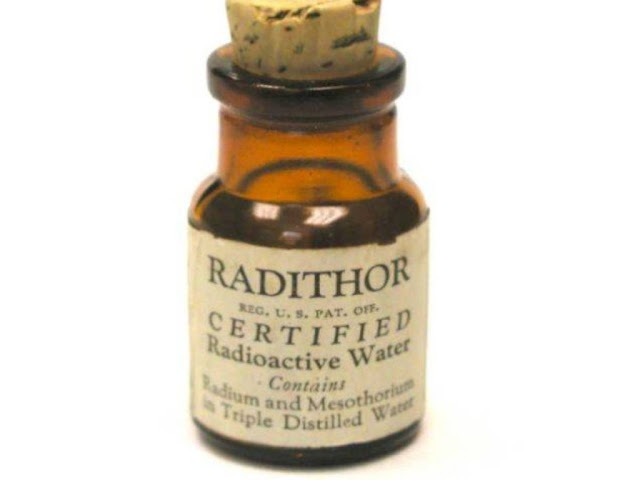 In the early 20th century radium was a cure-all that was in everything from toothpaste, make-up, and even water.

Seven-Up- Throw away that useless, nutritious milk, give your baby a 7up. 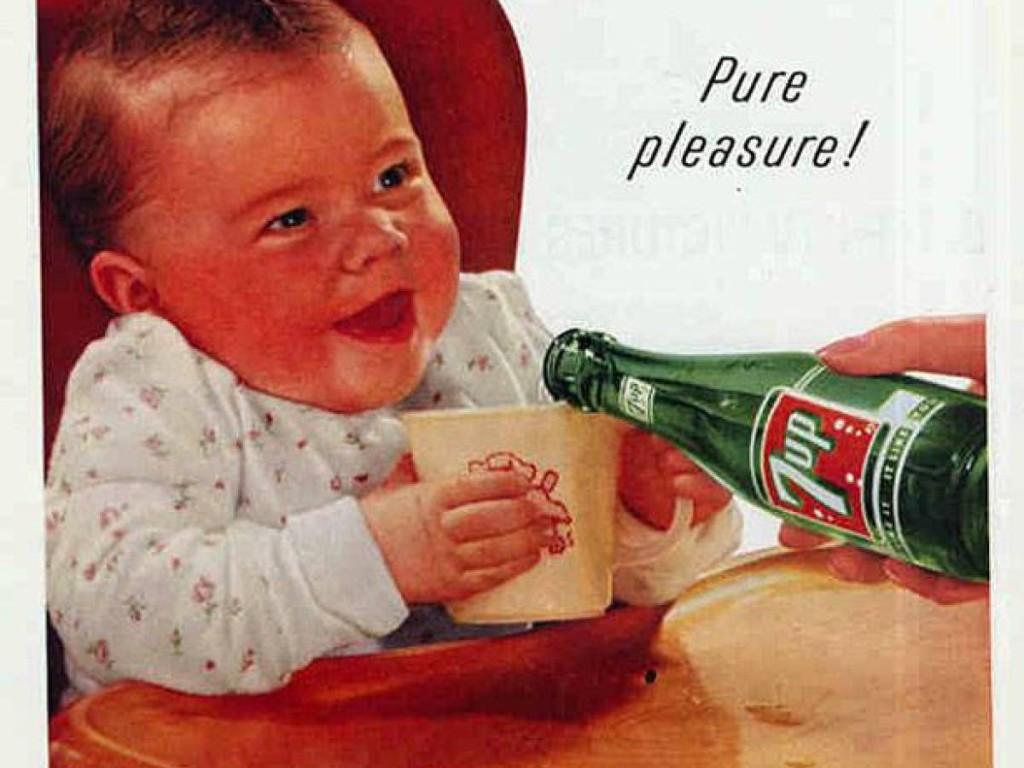 Soda And Sugar- Yeah, how come? 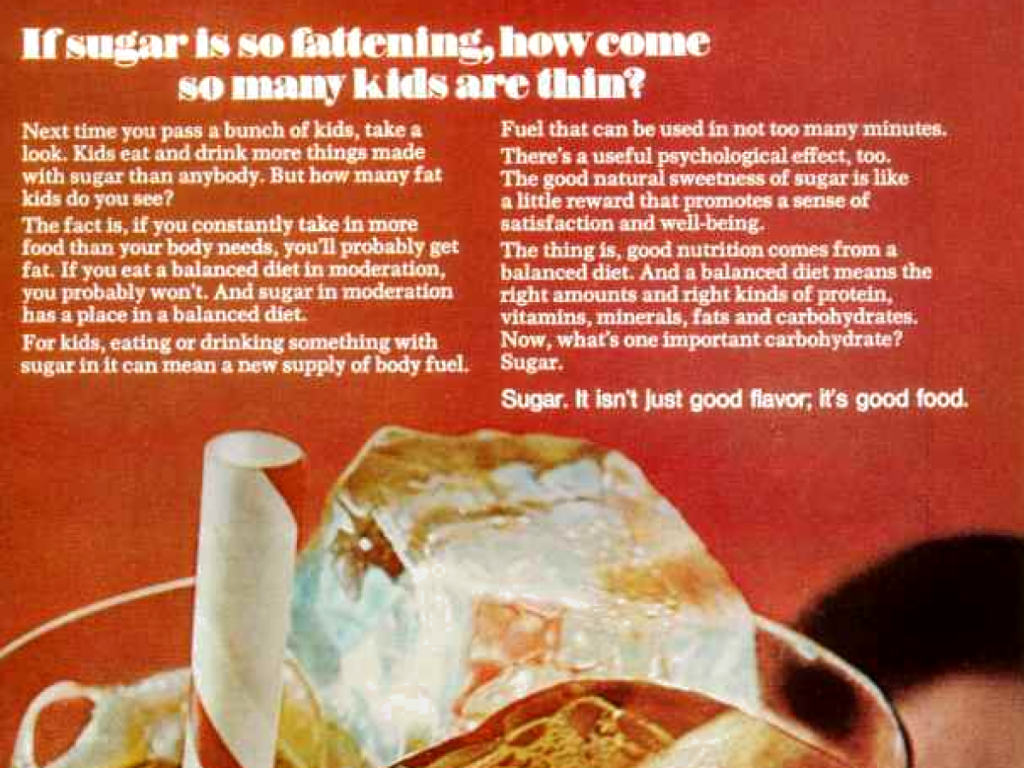 The sugar industry was trying to convince America that processed sugar is totally fine.

Sugar As A Diet Supplement 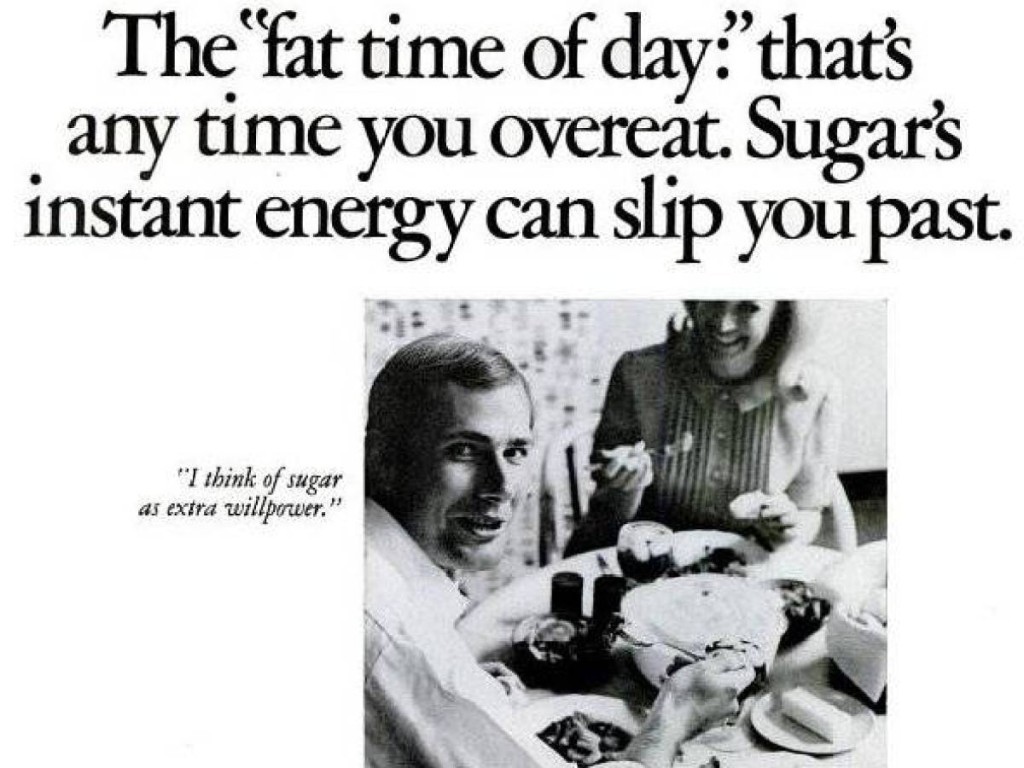 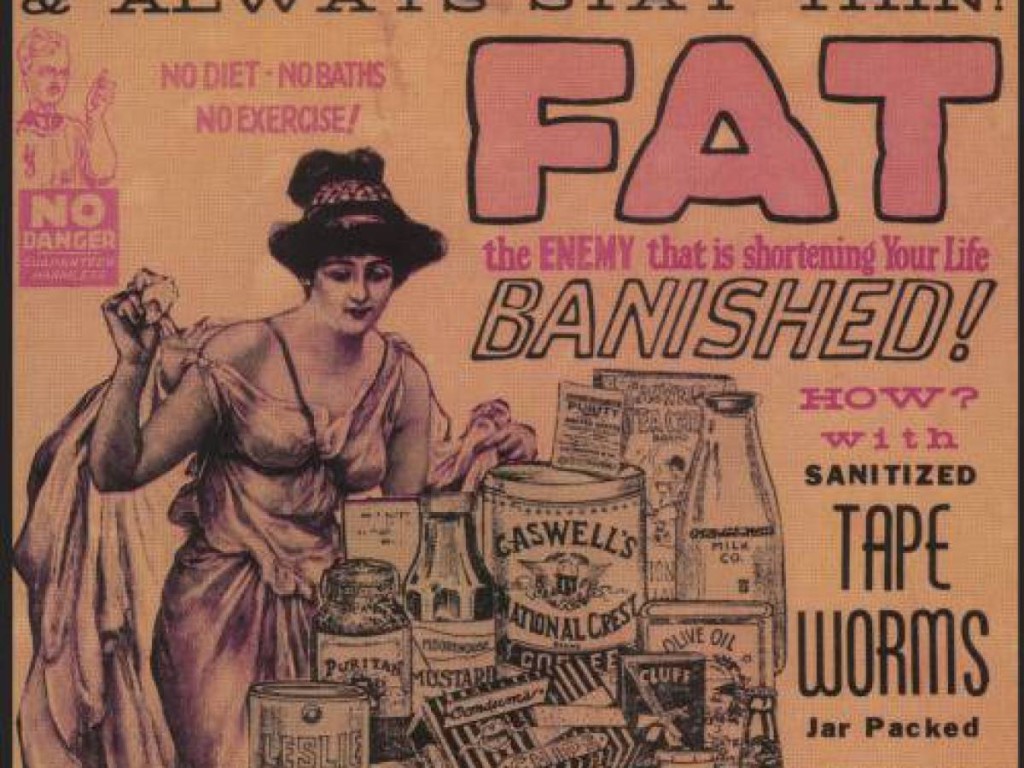 Yeah, you are right, tapeworms were once considered to be a healthy way to lose weight.

Velveeta- it’s a cheese, it’s an orange, it’s a plastic. 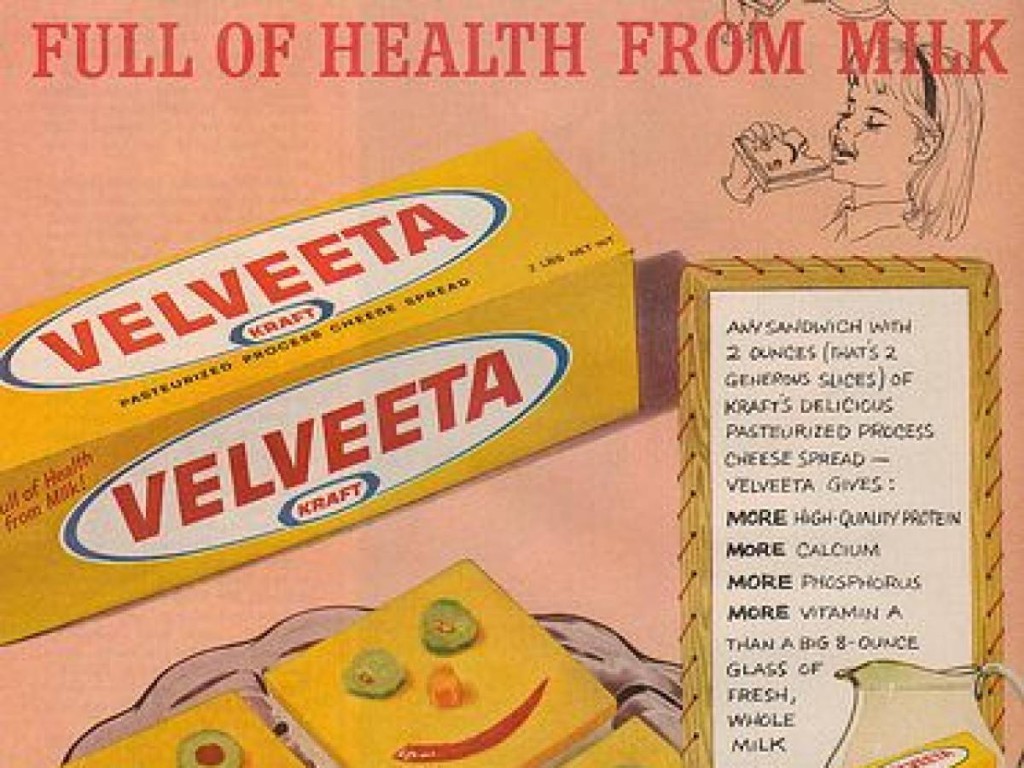 Velveeta is an orange processed cheese with an almost plastic-like texture. 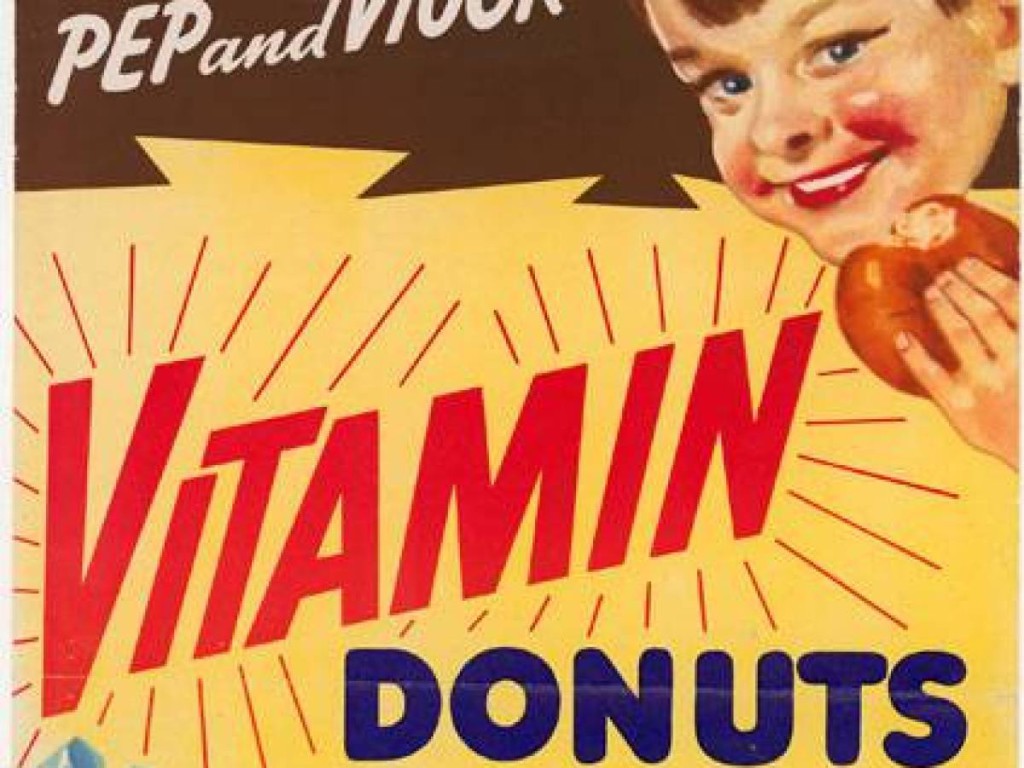 In the 1940s, Doughnut Corporation of America introduced “Vitamin Donuts.”
source: All day