The Graveyard of Fallen Monuments

When the Soviet Union collapsed in 1991, so did thousands of statues all across the Union. Crowds gathered with hammers and cranes and pulled down statues of Stalin, Lenin and other former Soviet leaders with great gusto. No one really knows what happened to those statues. Probably they were broken down and recycled. Those that suffered minimal damage were taken into museums for preservation. In Moscow, a large number of them were carted off and dumped on the south bank of the Moscow River, in the center of the city, where they formed a sculpture park called “Statue Park of the Central House of Artists” or “Muzeon Park of Arts”. Somewhere along the way, it acquired the nickname of “Park of the Fallen Heroes,” or just simply “Fallen Memorial Park.” 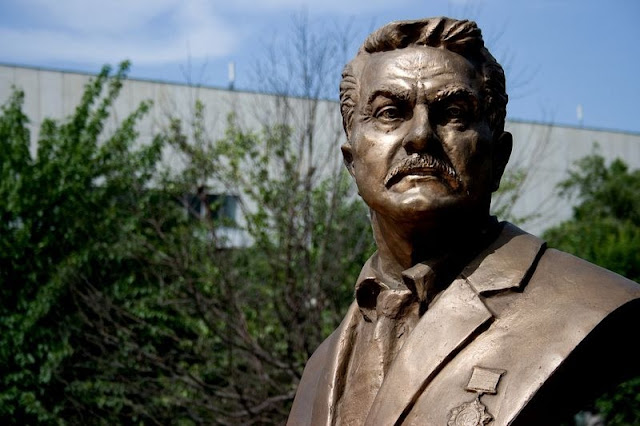 Muzeon Park was established in 1992 and currently displays over 700 sculptures. It is split into themed sections, such as Oriental Garden, Pushkin Square, Portrait Row and a World War II section, but the best known section is the one where the fallen monuments are. The fallen monuments were the park’s original attraction, but as the park gained popularity more and more modern sculpture was added and as the young trees grew up, the fallen sculptures became a less obvious minority. 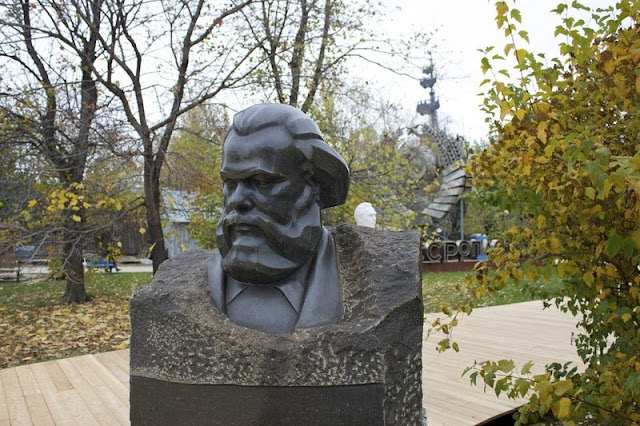 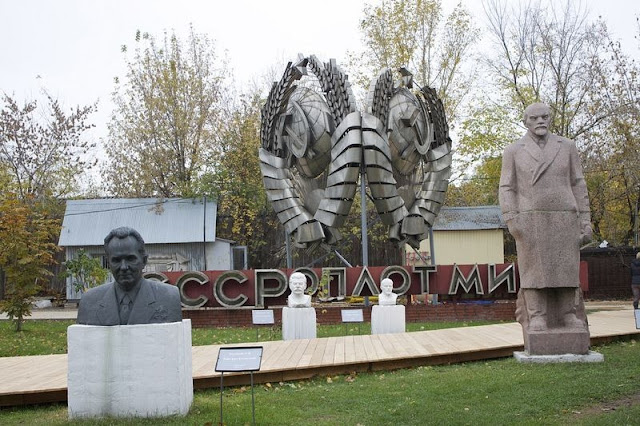 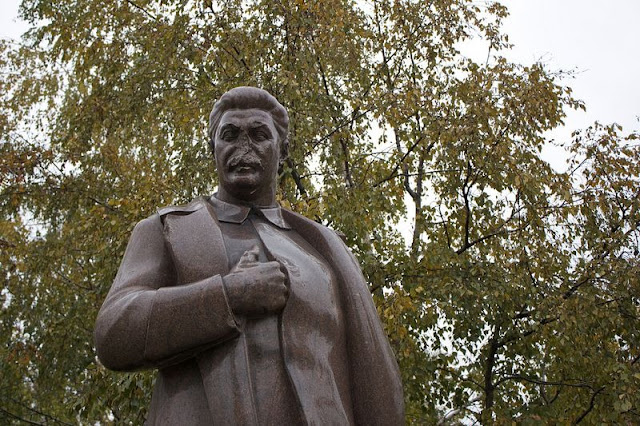 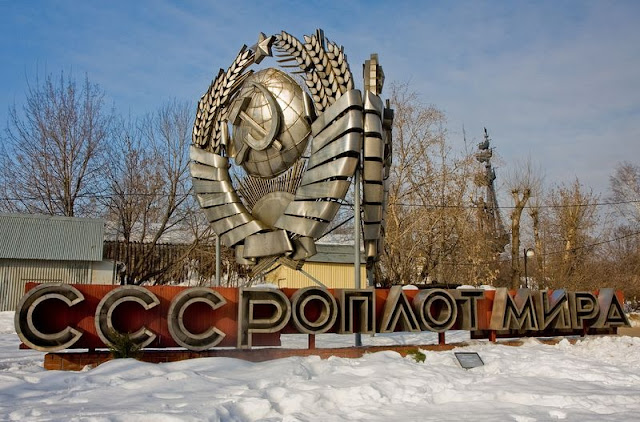 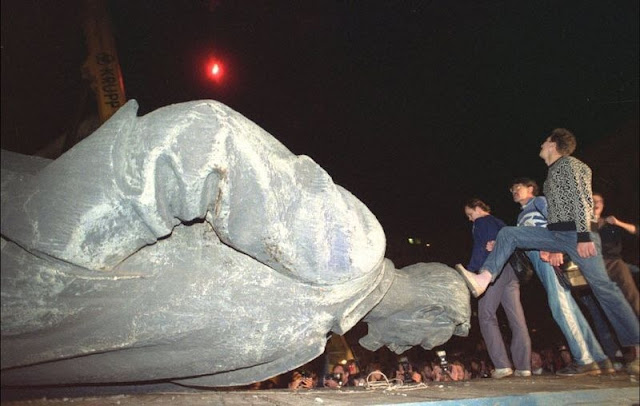 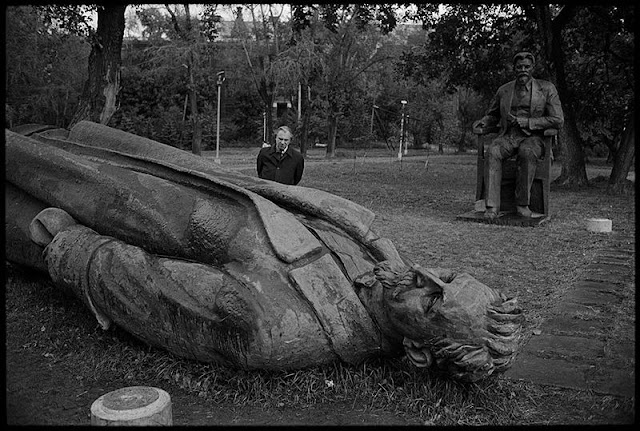 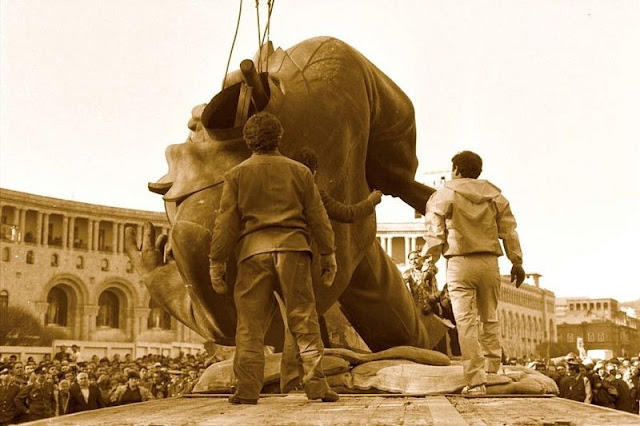