Malham Cove Waterfall Brought Back to Life After 200 Years

The natural limestone amphitheater Malham Cove in the village of Malham, North Yorkshire, England, was carved by a waterfall carrying meltwater from glaciers at the end of the last Ice Age more than 12,000 years ago. It was a colossal waterfall 80 meters tall and more than 300 meters wide. Today, this well-known beauty spot is as dry as a bone as water flows through cracks and tunnels within the limestone cliff to emerge at the foot of the limestone cliff well before it reaches the cliff edge. This ancient waterfall was recently brought back to life for a brief period by Storm Desmond that has been raging across Great Britain since December 3. Nobody remembers for sure when the waterfall last flowed. Some say it was two hundred years ago. 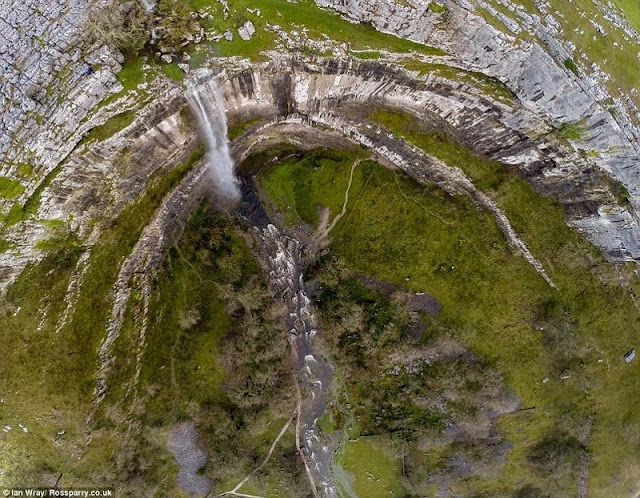 Overwhelmed by the incessant rainfall, water flowed over the top of the white limestone rocks of Malham Cove on last Sunday, briefly making it England's highest unbroken waterfall. Its drop is around two-and-a-half times bigger than England's current record holder, Hardraw Force, also in the Yorkshire Dales, which measuring around 30 meters.

Martin Davies, general manager of the National Trust Malham Tarn Estate, said the waterfall may have already finished flowing but could possibly start again when further heavy rainfall is expected on Wednesday. 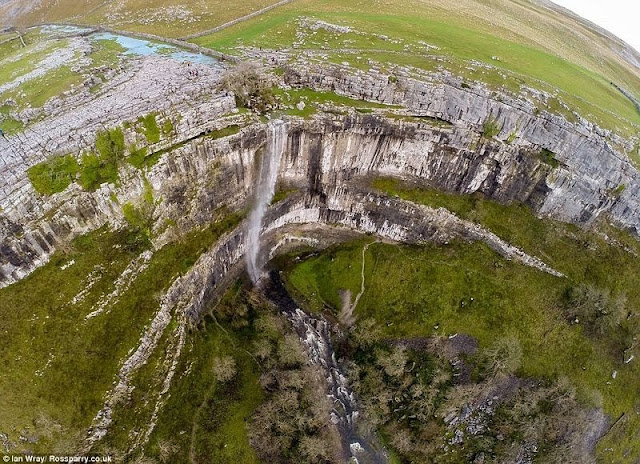 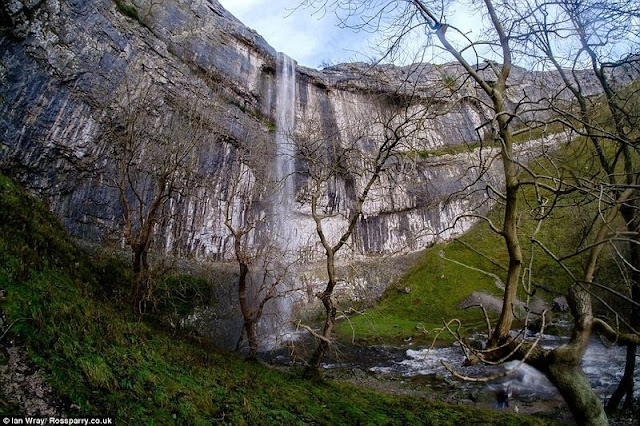 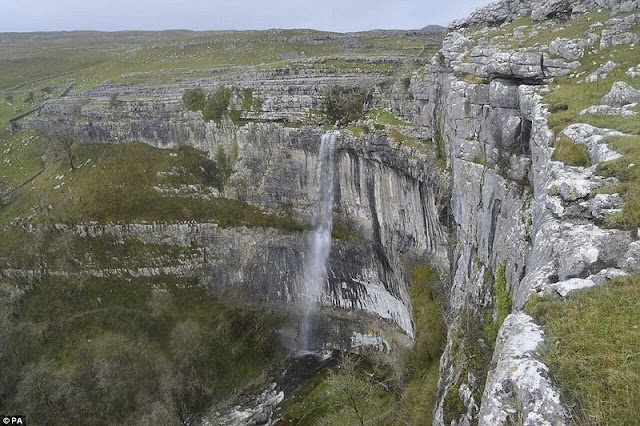 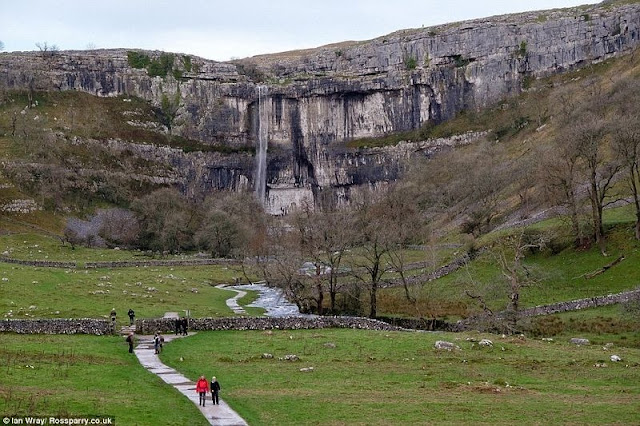 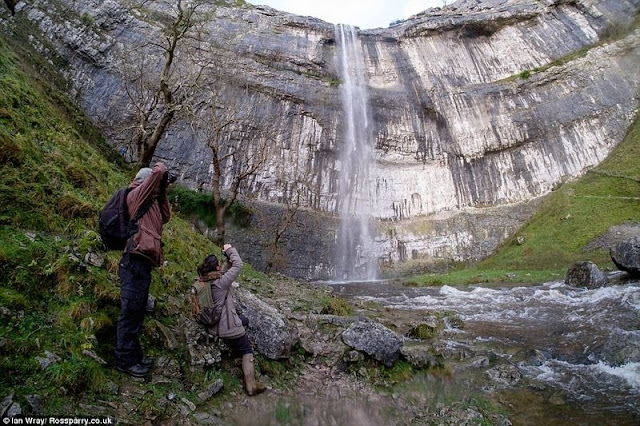 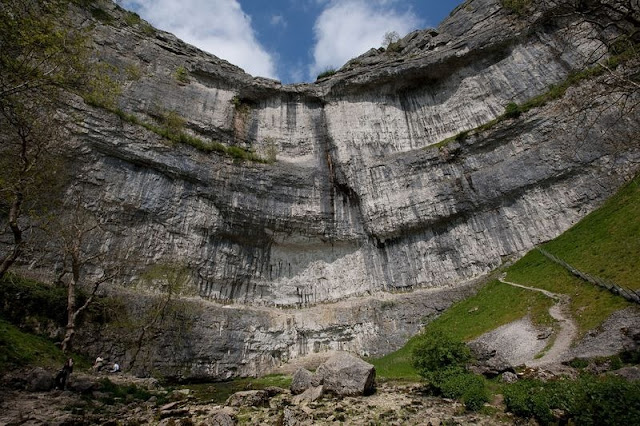 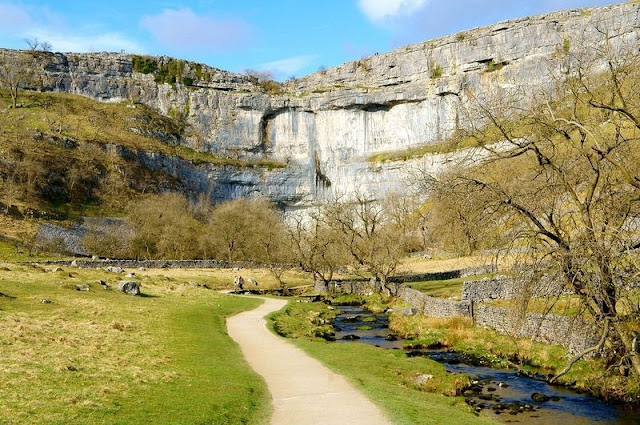