The town of Bafut in Northwest Cameroon is one of only two regions in Cameroon still ruled by a chief with  traditional power structures. These people originally came from the Northern regions of Lake Chad, and assumed control over the region some 400 years ago. Upon their arrival, the Bafut people built a palace for their king, the Fon of Bafut, which still contains the tombs of the first three Bafut kings. The Fon’s palace was later moved to its current location where it continues to attract tourist from all over the world.

Surrounded by a sacred forest in the heart of the town, the Bafut Palace compound consists of some fifty houses clustered around the site’s spiritual core, the Achum Shrine. The houses are used as royal court and as residence for the Fon’s numerous wives whose count approaches close to one hundred. 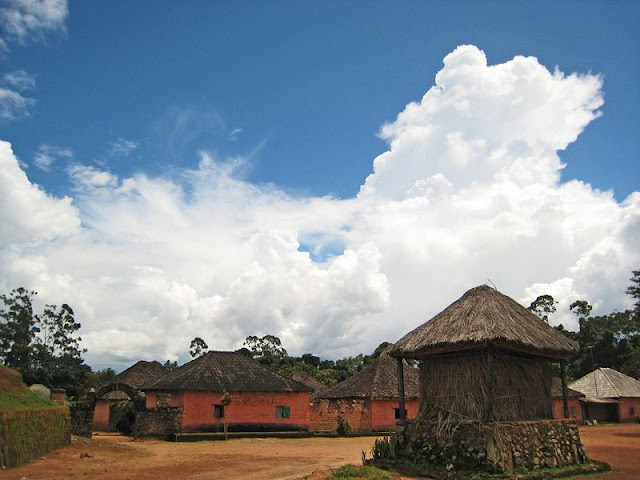 Not all of the Fon’s wives were his from the start. A large number of them were inherited from his father, to whom they were originally married. According to local tradition, when a Fon dies, his successor inherits all his wives as well as his children. So the Fon essentially remarries his step-mothers and all his half-brothers and half-sisters become his sons and daughters. The current Fon of Bafut, the eleventh one in row, inherited 72 wives from his father as well as 500 children.

The original palace was made from bamboo and reed, but after the Germans raided the town in the late 19th century and raged the complex to the ground, it was rebuilt with fired bricks. Only Achum Shrine survived and is still built of wood and bamboo and covered with thatch. It houses a valued devotional object, typically referred to as a fetish, and is an impressive example of traditional religious architecture. The Achum Shrine is off-limits to all except the Fon and his close advisors. In front of the palace compound are several stones marking the burial sites of nobles who died while serving the Fon , and the Takombang House which holds the Fon's ceremonial drum.

The palace is currently on a Watch list of the 100 most endangered sites of 2006 by the World Monuments Fund. 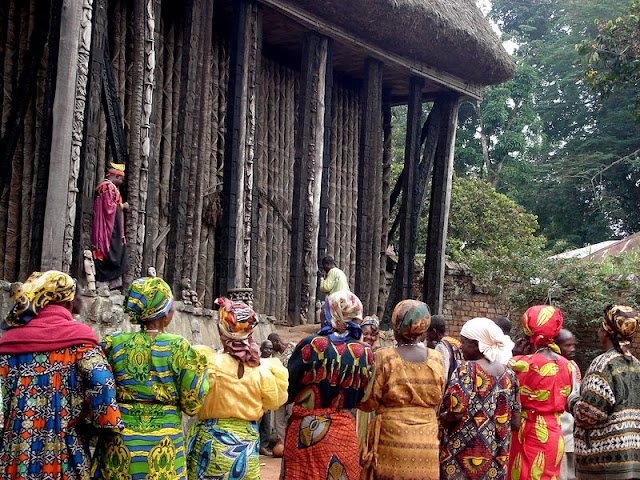 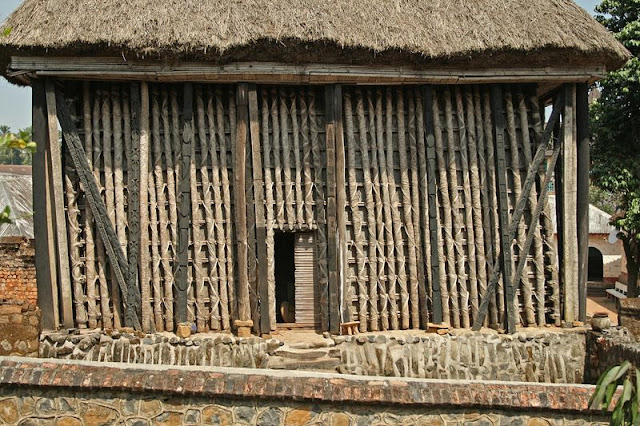 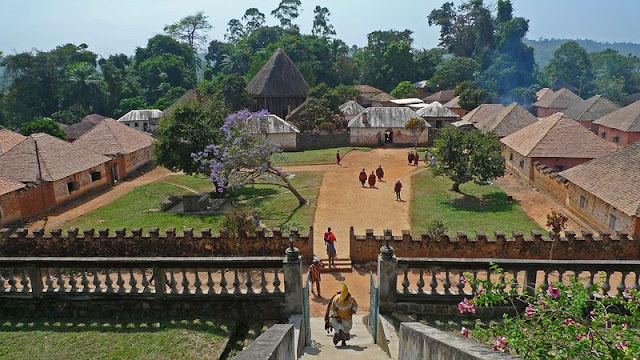 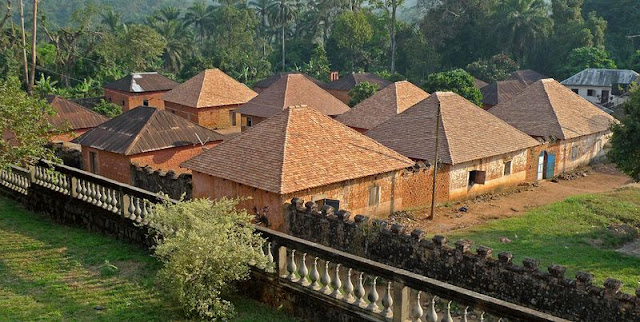