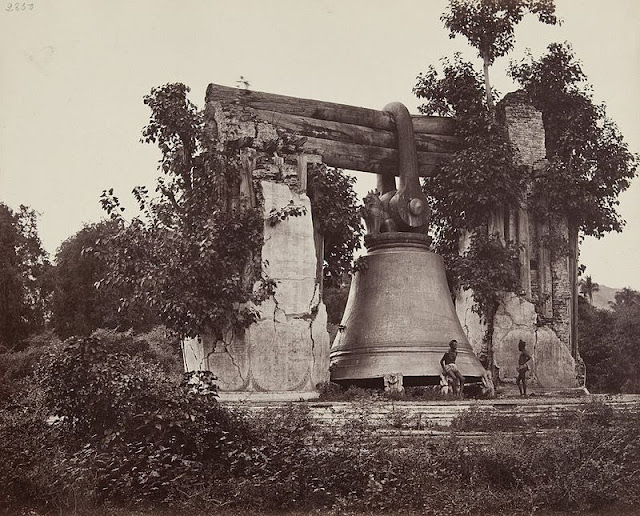 About 10 km northwest of Mandalay in central Myanmar, in the town of Mingun, you can see the Mingun Pahtodawgyi or Minigun Paya. This marvelous structure is situated on the banks of the Irrawaddy river and it represents a huge and massive monument. Unfortunately, it was never finished. Work on the Mingun Pagoda started in 1790 by the order of King Bodawpaya, but very soon they had to stop.

If they managed to finish the construction, today this would have been the biggest stupa in the world. When you look at it today, with only the bottom third completed, it still looks mighty and big. It stands about 50 meters tall and 70 meters wide.

At the center of this 50-meter high brick marvel, you can see the beautifully decorated entrance. When you enter inside the pagoda, there is a small shrine dedicated to Buddha. Outside of the unfinished building, there are the remains of  two huge lion statues. The 29-meter lions were made facing the river and were supposed to guard the temple.

There is a stairway  that leads to the top of the stupa, but access in this part of the building is limited due to an earthquake that happened in 2012. The stupa was severely damaged during the earthquake

A stairway to the right of the structure takes visitors to the top of the pagoda from where one can have a commanding view of the area with the nearby Hsinbyume Pagoda, several other pagodas, the Irrawaddy river and the mountains to the back of the pagoda. Access to the stairs, however, is currently restricted after an earthquake in 2012 caused damage to the stupa. This was not the first time this monument was damaged due to an earthquake. In 1838, during a huge earthquake, the heads of the lions were broken and fell down in the Irrawaddy river.

When King Bodawpaya started the construction of the temple, he intended it to be a shrine for a Buddha relic that he received. A Chinese delegation that visited his court brought him a sacred Buddha tooth. The king thought that a relic this important should be housed in the biggest and most beautiful temple. The pagoda was intended to be 150 meters high.

Thi construction process brought instability in the country. Thousands of prisoners of war were working on the temple and in 7 years they managed to raise it to 50 meters. This massive project was a huge burden for the state and it started to build up huge dissatisfaction among the people. At this point, a prophecy was forged that was meant to stop the project. According to this prophecy, if the pagoda was completely finished, the kingdom would be destroyed.

After the death of King Bodawpaya, the construction was abandoned. The king was pretty sure that his temple would be finished in time. That is why he ordered a huge bell that he planned to put at the top of the stupa. The Mingun Bell is 12 feet (3.66 meters) tall and 16 feet (5 meters) in diameter and weighed 90 tons. 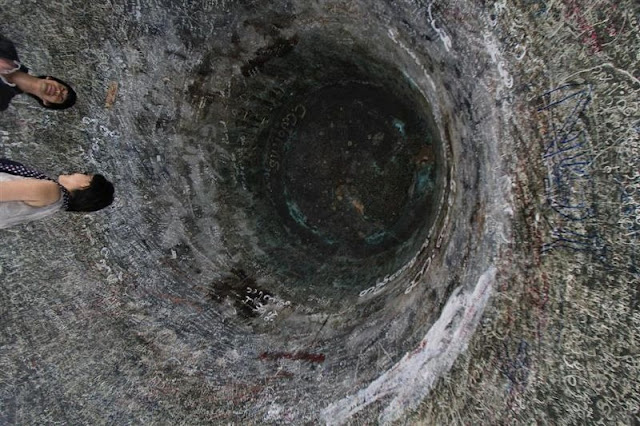 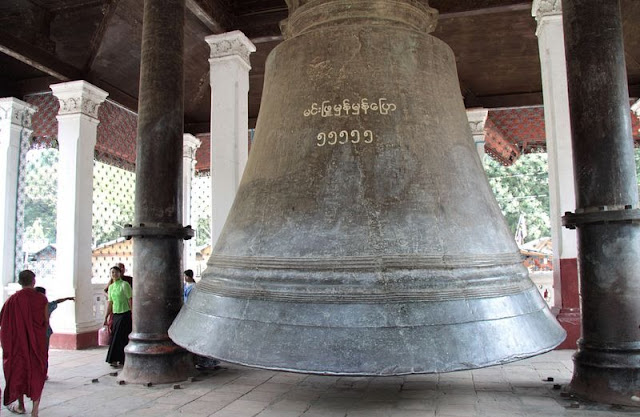 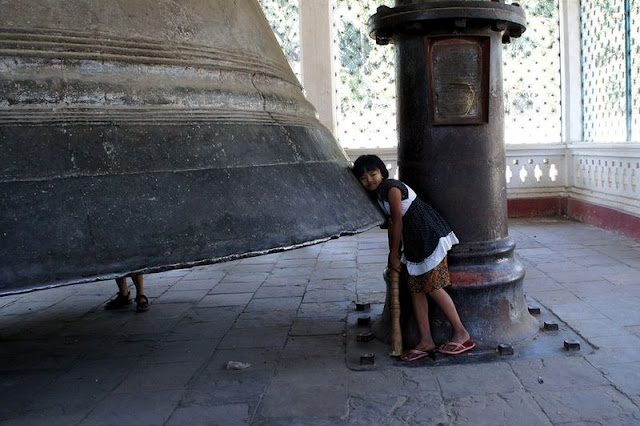 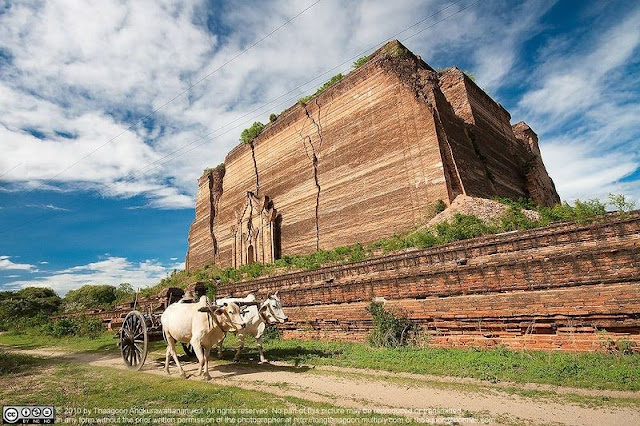 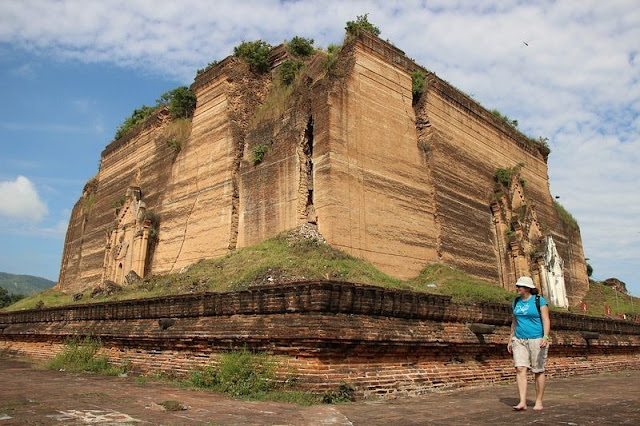 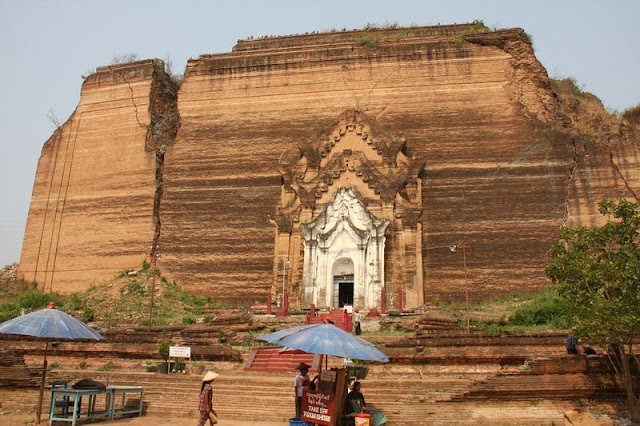 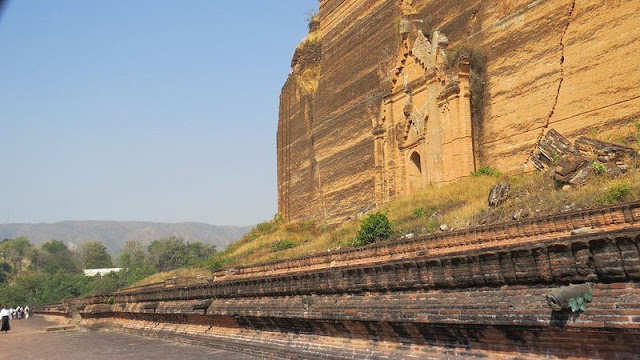 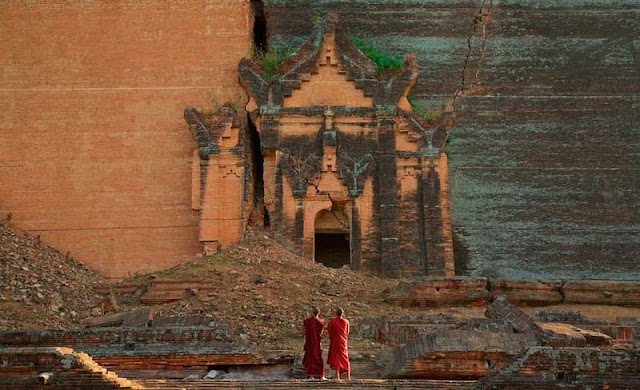 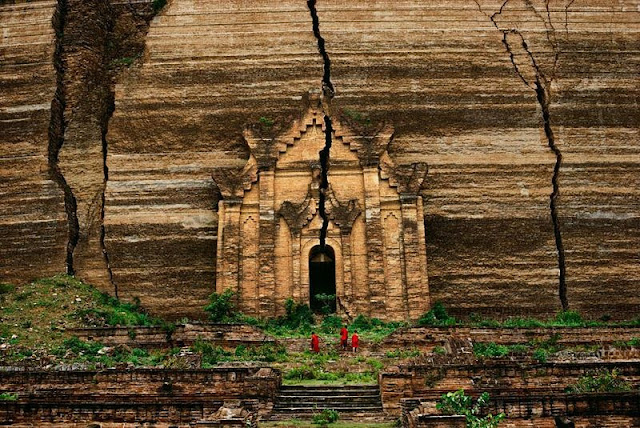 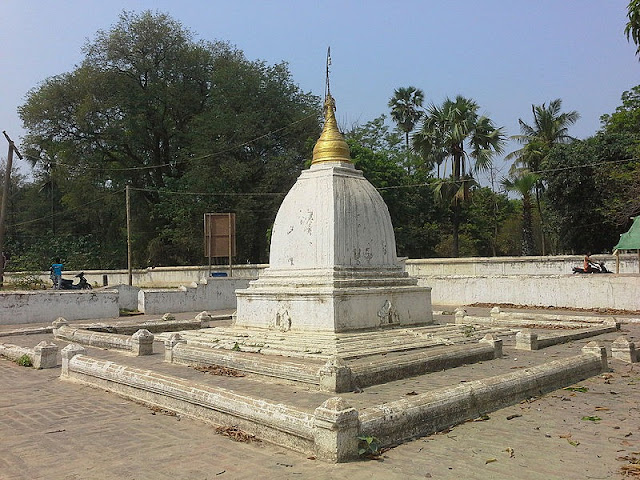 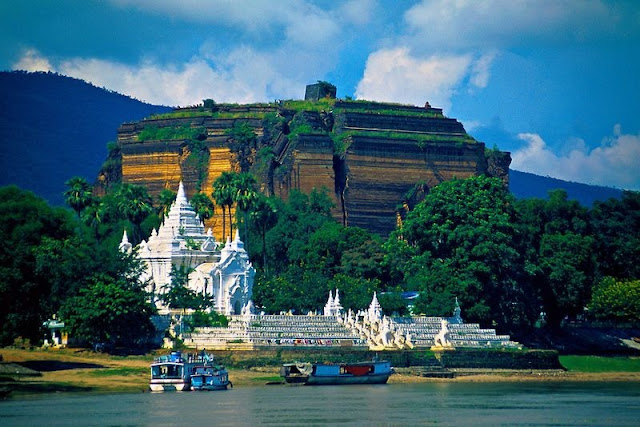 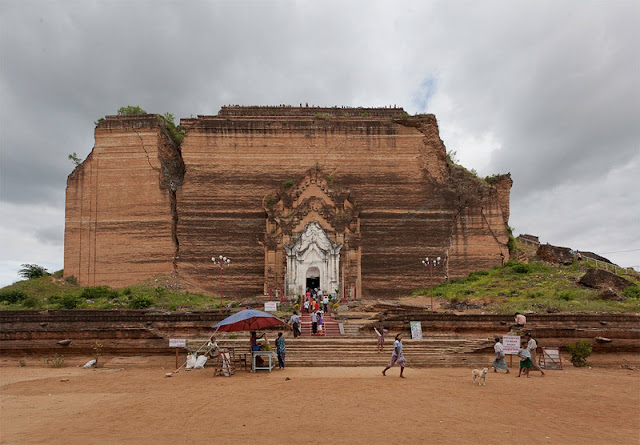