The Corn Palace of South Dakota

The Corn Palace in Mitchell, South Dakota, is one of America’s corniest attraction. The palace is a regular building built of out of reinforced concrete and bricks, but every spring, during the time of harvest, its exterior is completely covered with thousands of bushels of native South Dakota corn, grain and grasses that are arranged into large murals. Each year there is a different theme, and the palace is decorated accordingly. Hundreds of thousands of tourists come to see the crop art every year. 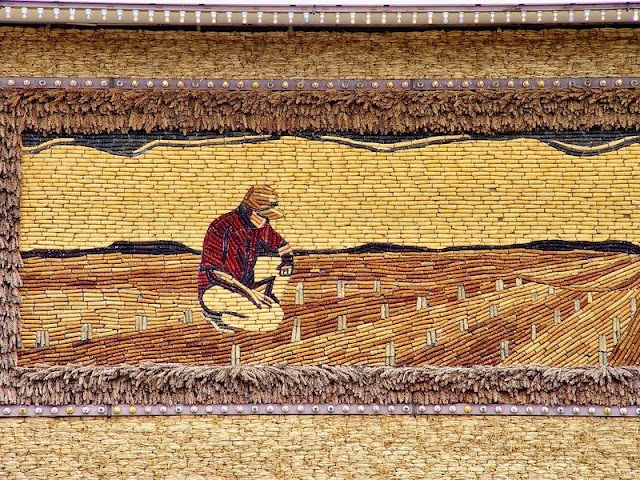 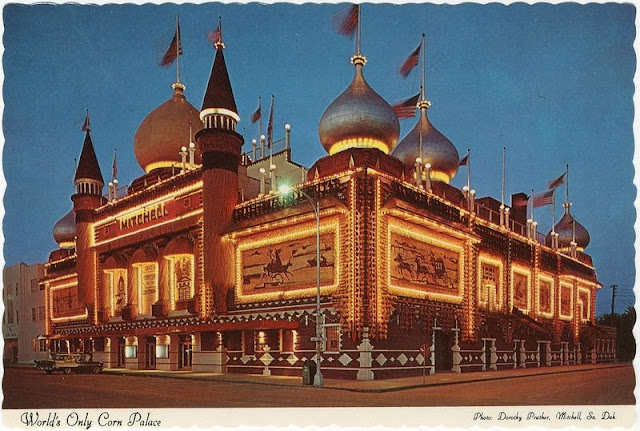 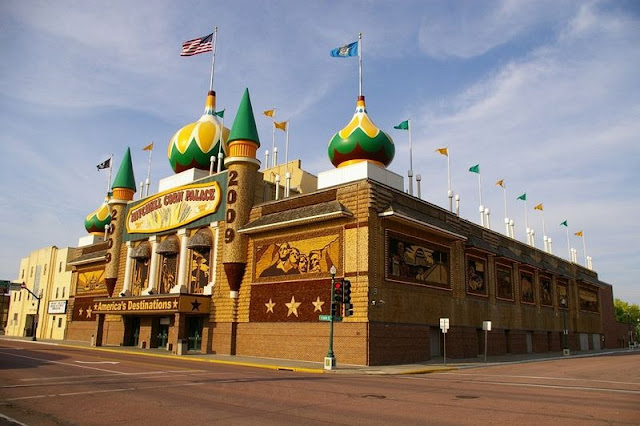 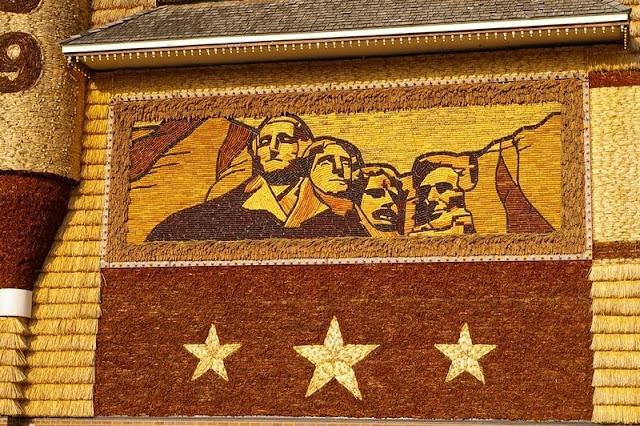 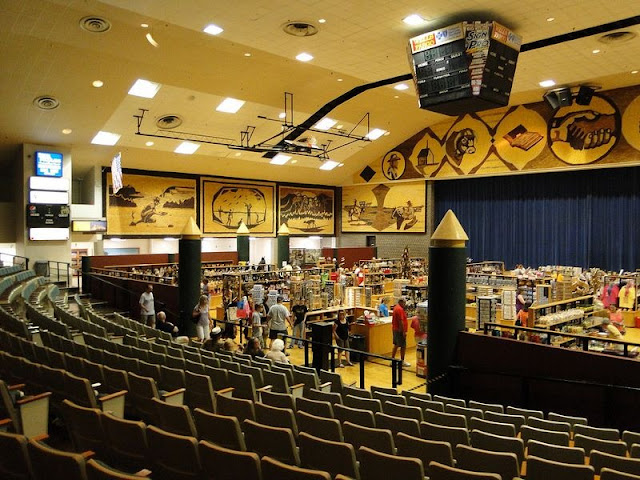 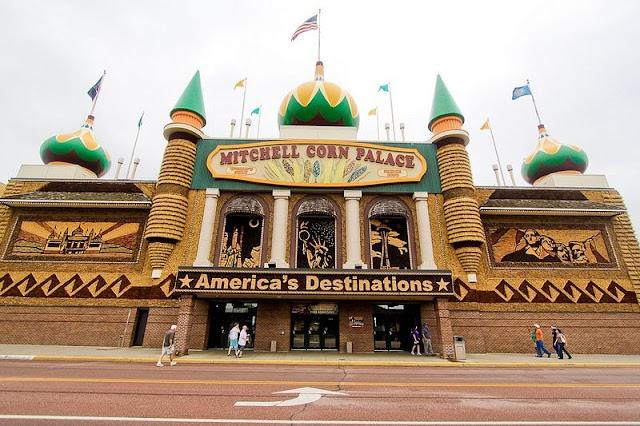 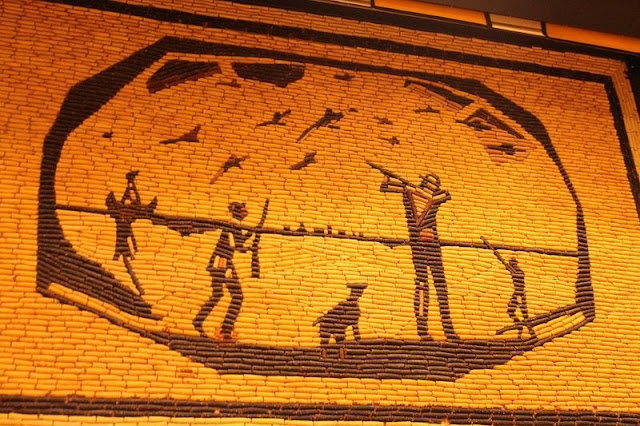 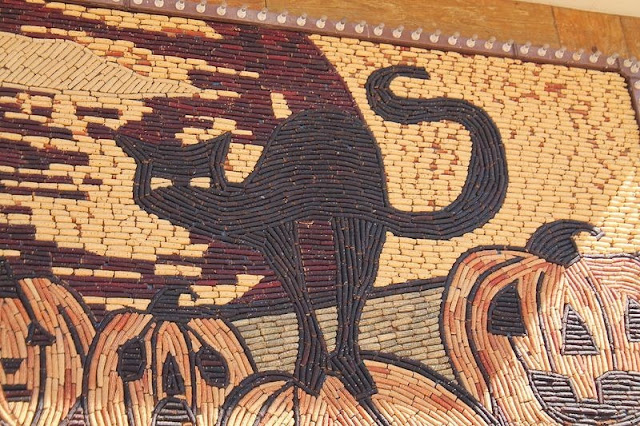 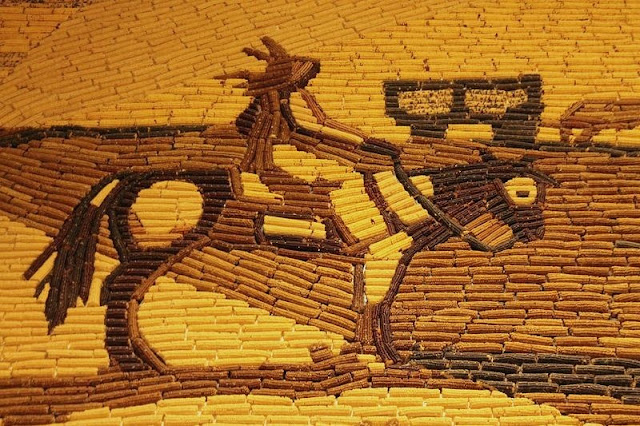 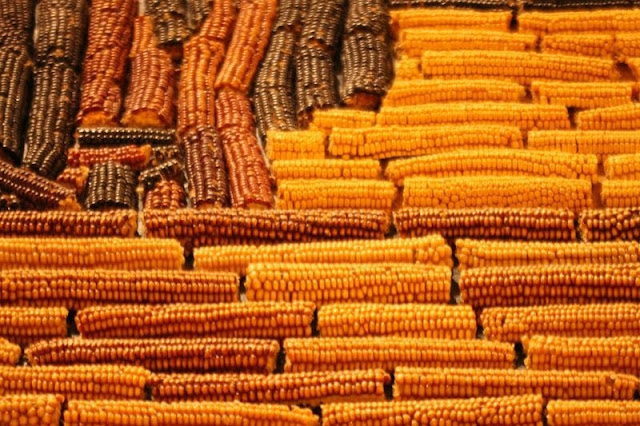 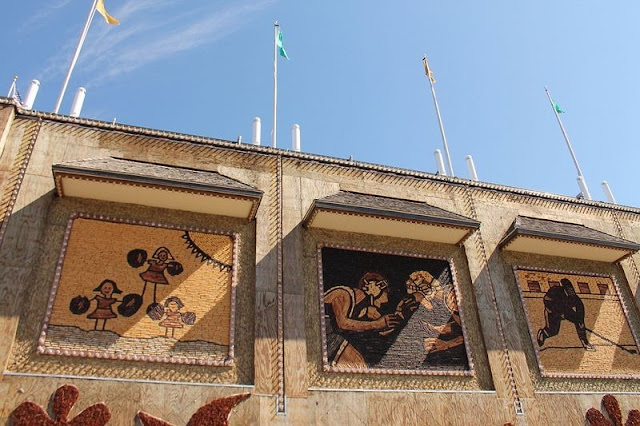 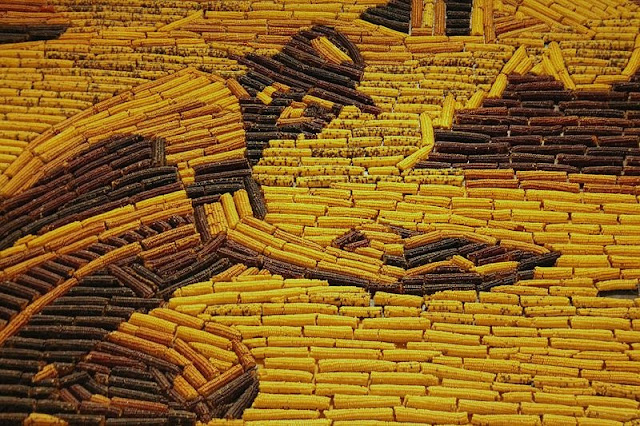