Every Parent Should Raise Their Children Like This (3 pics)

Taylor Sloan, a 22-year-old girl has lost her wallet at a bike racing event just before leaving. When she realized that her mini-purse/wallet was missing, she thought that she would never see it again. Well, she was wrong... 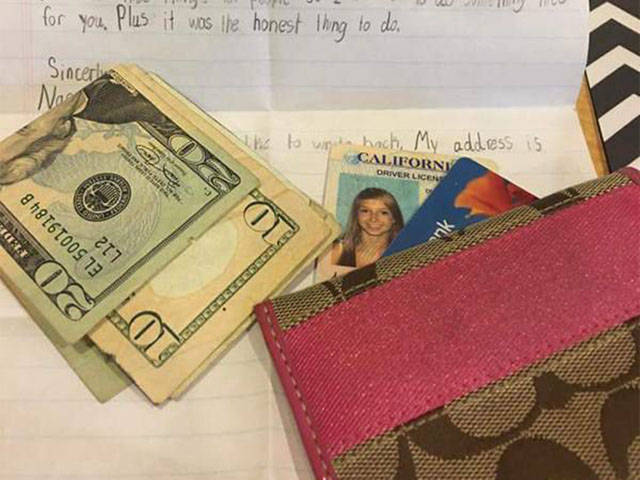 A few days later, she received a package with her wallet in the mail accompanied by a letter from a 10-year-old boy Nasim. The letter reads:
“My name is Nasim Lawrence and I am 10 years old. I found your wallet on the ground at the supercross event in Oakland. I know how it feels to lose something and I wanted to make sure you got your wallet back. Hopefully, I have made you smile.
“I am glad I found it instead of some bad person who would steal from you. You look like a very nice person who does nice things for people so I wanted to do something nice for you.”
Sloan also sent a letter back to Nasim, along with a bag of candy and a $20 reward. “I hope he writes back,” she said. “I’d love for us to be pen pals!” 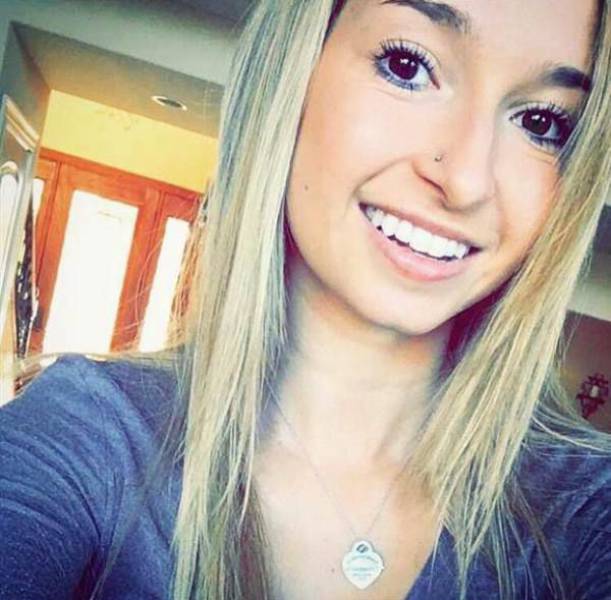 Taylor sent a letter back to Nasim as well as a bag of candy and $20 as a reward. She says that she would love for them to be pen pals. I hope he writes her back. It feels like a beginning of a great friendship. 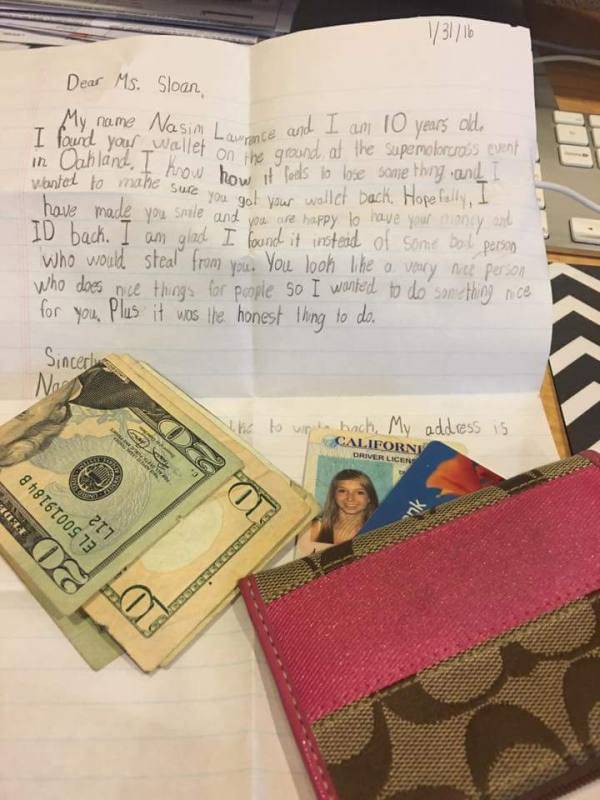