In Dearborn, Michigan, across Ford World Headquarters, where is now the Michigan Technical Education Center, there stood the visitor center of Ford Motor Company. It was a circular building ten stories high resembling a stack of internally-meshed gears, each decreasing in size towards the top where a geodesic dome rested. Two wings flanked out from the sides anchoring the steel-framed dome in place.

Ford Rotunda was once America’s fifth most popular tourist attraction ahead of such places like the Yellowstone Park, Mount Vernon, the Washington Monument and the Statue of Liberty. The Rotunda was originally conceived in Chicago when Henry Ford decided that his company should be featured in a show-stopping building for the 1933 World Fair, “Century of Progress Exposition”. So he turned to his favorite architect, Albert Kahn, who was known for his functional yet elegant architectural designs in Detroit and on the University of Michigan campus in Ann Arbor. Albert Kahn also designed many of the company’s plant and buildings including the Highland Park Plant, the Rouge Plant, both of which are now National Historic Landmarks. 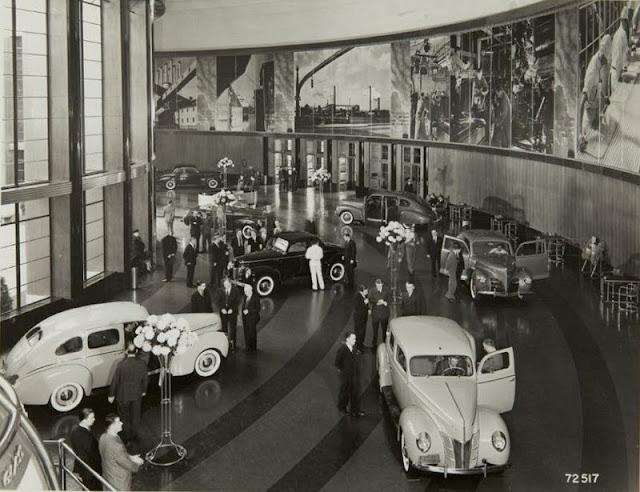 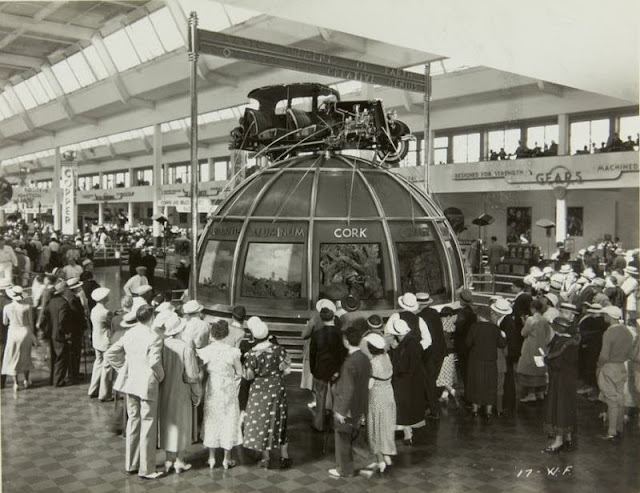 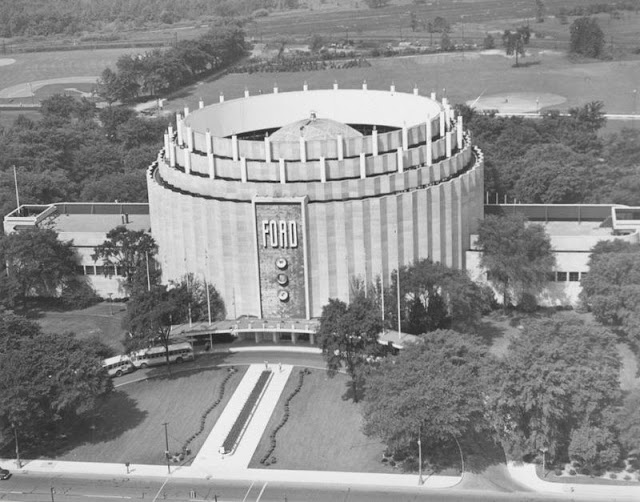 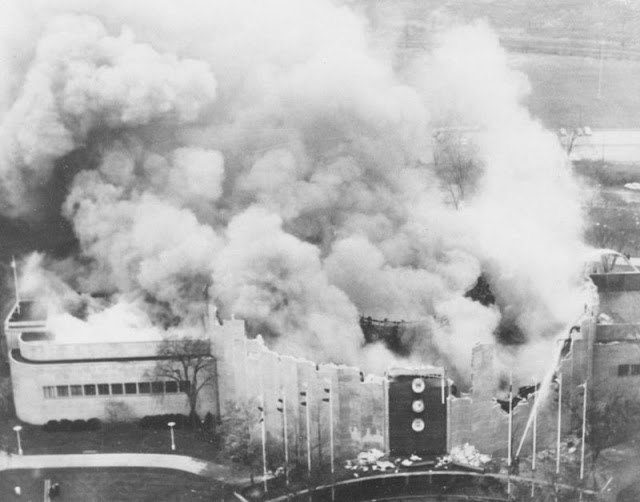 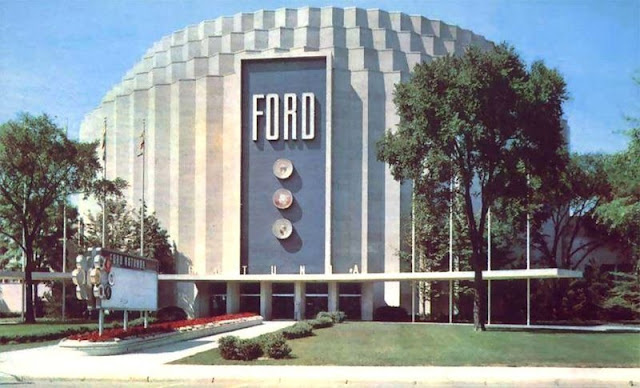 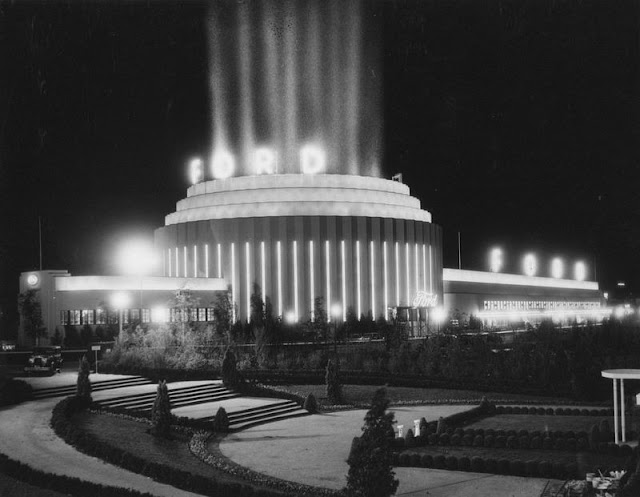 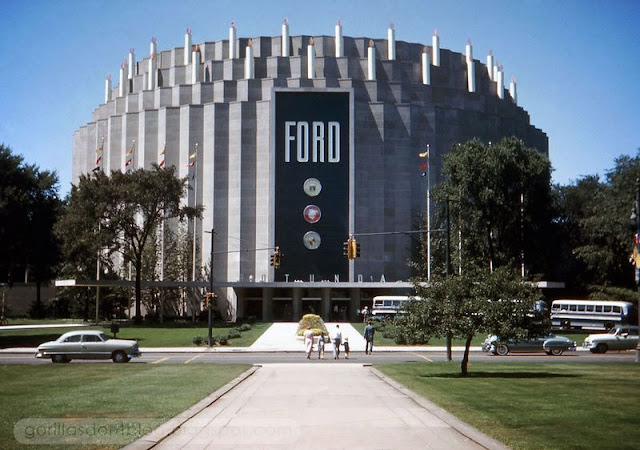 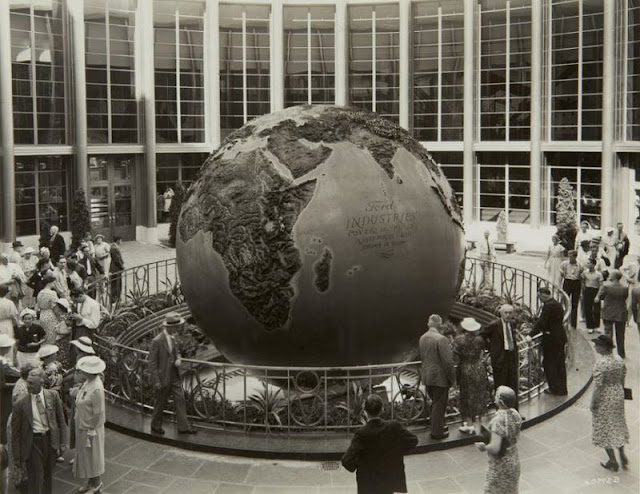 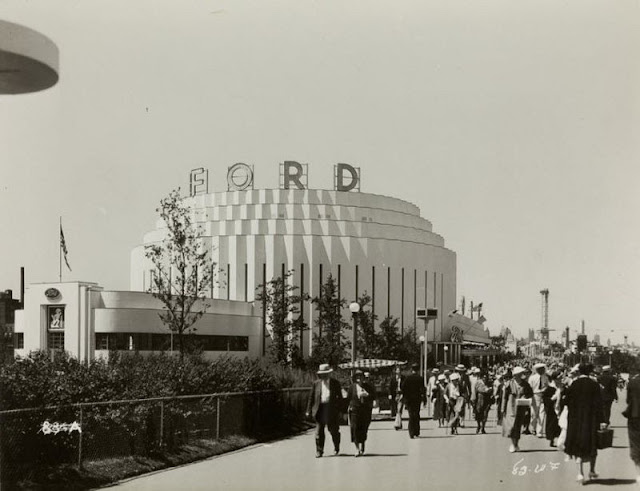 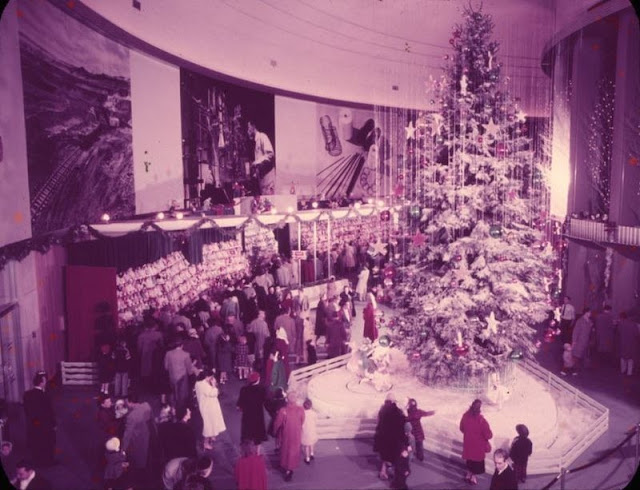 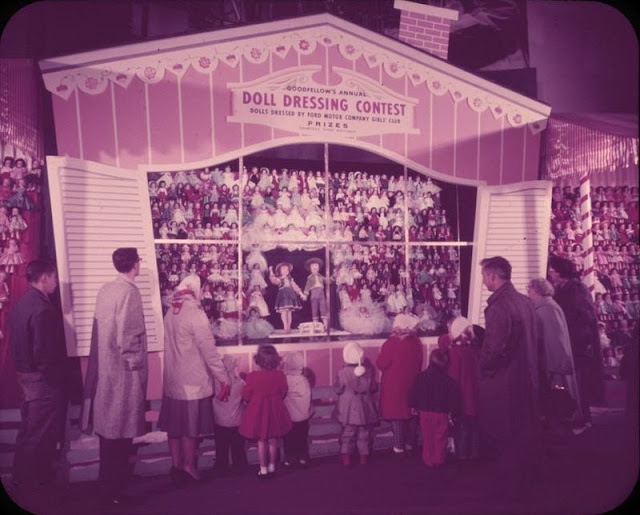 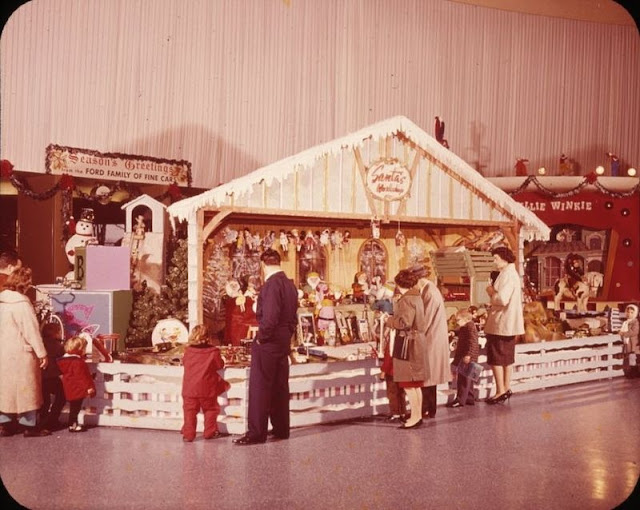 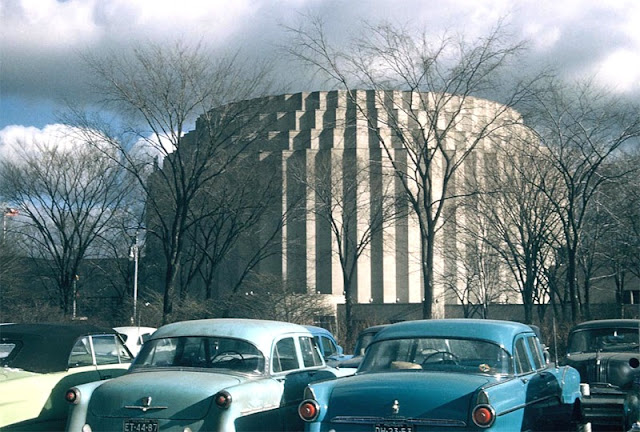 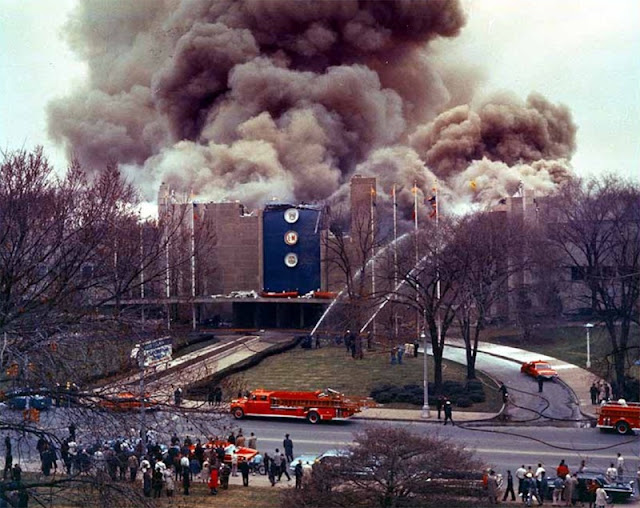 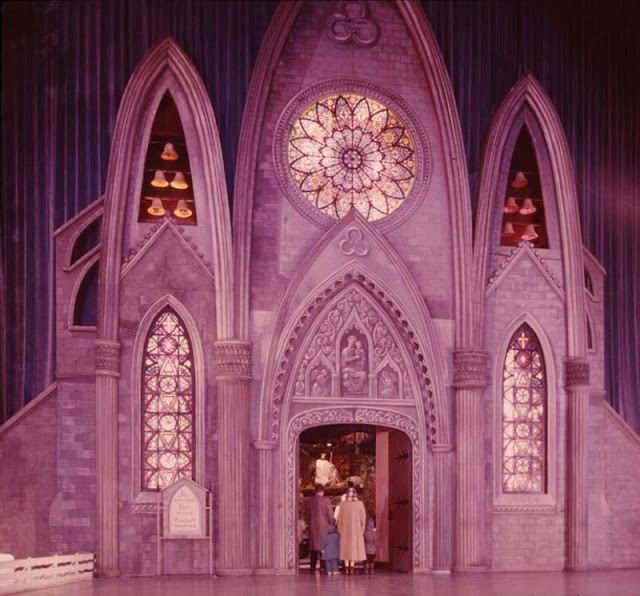 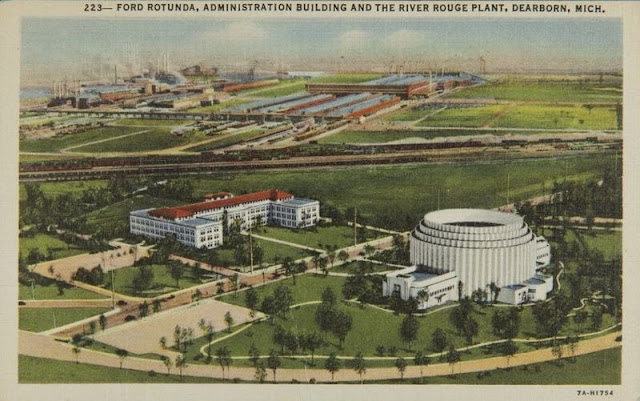