Woodberry Wetlands: A Nature Reserve in The Heart of London

An old reservoir in the boroughs of Hackney, in north east London, has been transformed into a nature reserve. Called Woodberry Wetlands, this 7-acre site of reed-fringed ponds, dykes and scrapes was created out of an early 19th century reservoir in Stoke Newington, and is located just ten minutes’ walk away from the Manor House tube station.

The East Reservoir was constructed in 1833 to meet the growing demands for drinking water in suburban London. The water was brought in from the chalk streams of Hertfordshire via the New River through the wooded village of Stoke Newington. Prior to the building of the reservoirs, the Woodberry Down —as it was called then— was rolling grass meadows where cattle grazed, and small woodlands where wild boar lived. Soon after its construction, large Victorian and Edwardian mansions went up overlooking the reservoir, and Woodberry Down became a luxurious extension of the city. 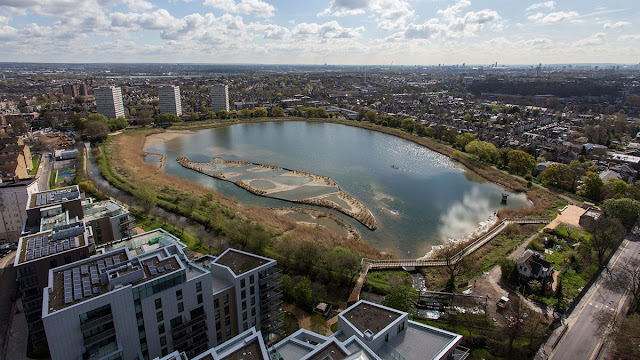