Scientists at the Planetary Habitability Laboratory ranked the top nine exoplanets that might support human life. They're ranked by their ESI (Earth Similarity Index) where 0.0 being a gas giant, 0.7 being a Mars and 1.0 is a near-copy of our home planet. 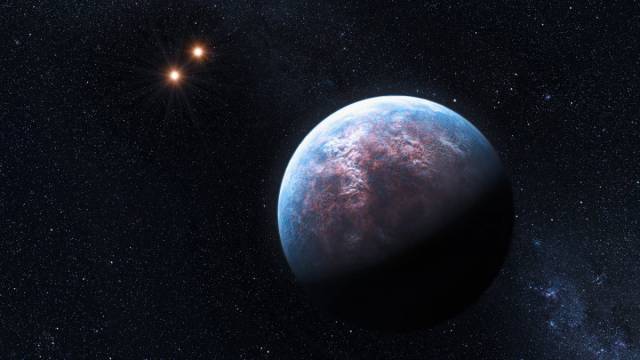 Exoplanets don't have the catchiest of names. They typically get their title based on the star they orbit (in this case Gliese 667C). Each exoplanet that orbits the star gets a letter, which in this case is "e," for the fifth planet scientists discovered there.
ESI: 0.6
Distance from Earth: 22 light-years
8) Kepler-186 f orbits its star every 130 days, and its mass is unknown. 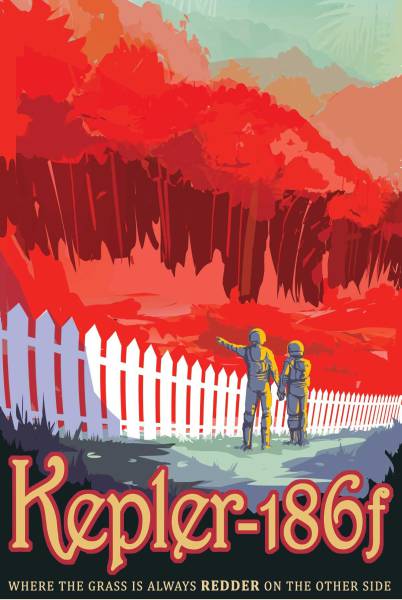 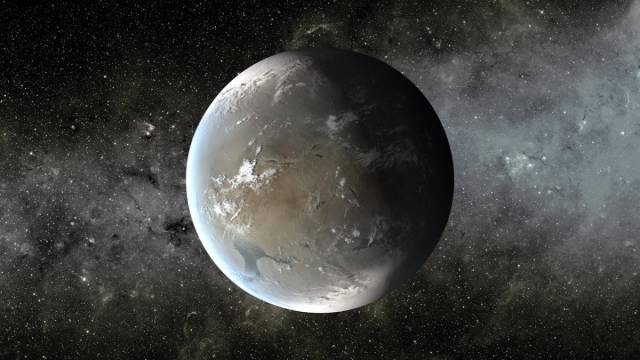 ESI: 0.67
Distance from Earth: 1,200 light-years
6) Kapteyn b is the oldest potentially habitable planet we know about. It's twice as ancient as Earth and about five times as massive. 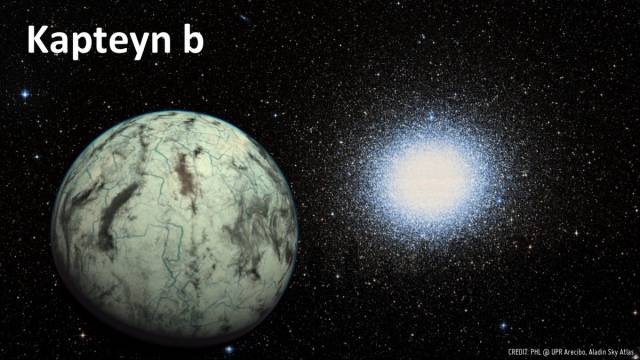 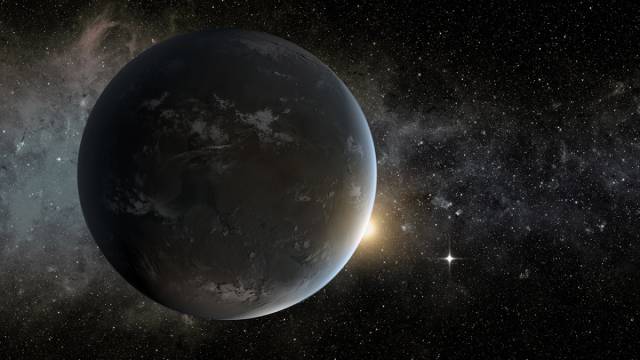 ESI: 0.73
Distance from Earth: 769 light-years
4) Wolf 1061 c is about four times bigger than Earth, and is probably "tidally locked" — meaning one side always faces its star. 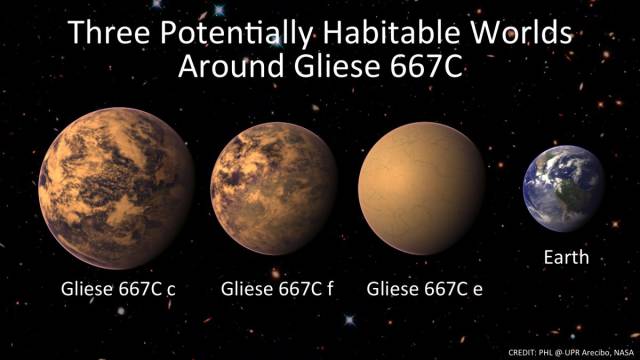 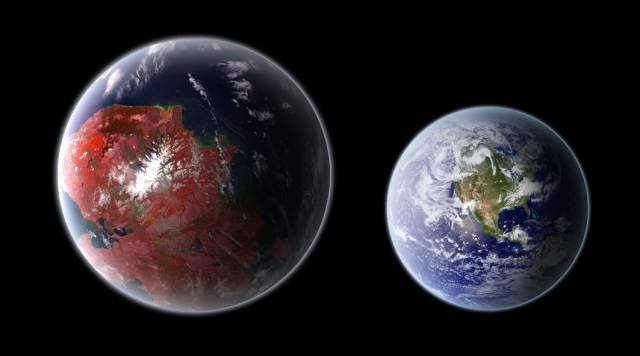 ESI: 0.84
Distance from Earth: 1,115 light-years
1) GJ 667 C c is the third habitable planet orbiting Gliese. So far it's the most Earth-like world we know of, though we'd have to travel a very long way to find out. 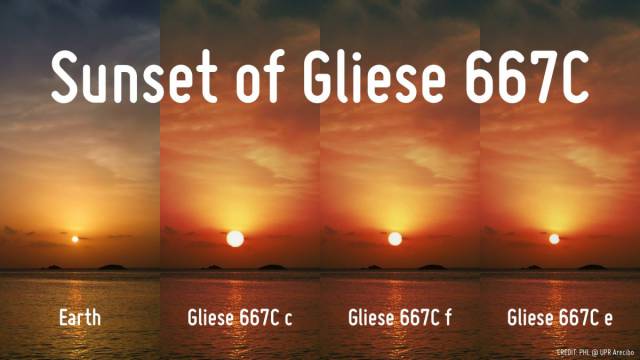