Reddit user Ihaveanotheridentity held an AMA session about his 20-year work as Goofy in a Disney park. Of course, he had seen everything in the park, not only the “tasty” side that guests see. That’s why he asked those, who want to save the Disney magic, to avoid his revealing of behind-the-scene secrets.


Disney World is actually the second floor of a massive system of underground tunnels. 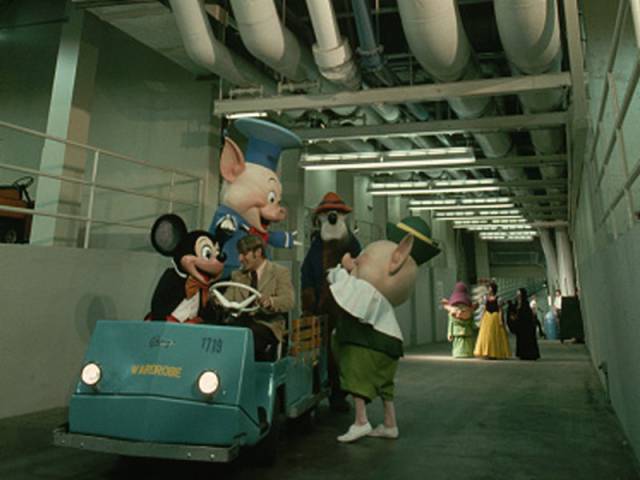 "Its full name is the Utilidor," he said. "It's a series of corridors that allow cast members to work behind the scenes and not disrupt the show on-stage. It's actually kind of boring in some places and it's creepy in others. That being said there are some aspects that are unique. The Automatic Vacuum Assisted Collection System is a series of tubes that connect all of the restaurants to the central dump that's behind Splash Mountain. That way the smelly trash can travel secretly below without people seeing it. 7 of the old attractions (like It's a Small World and the Country Bear Jamboree) are still run from the Utilidor. In addition, there are 2 restaurants, a barber shop and offices down there." 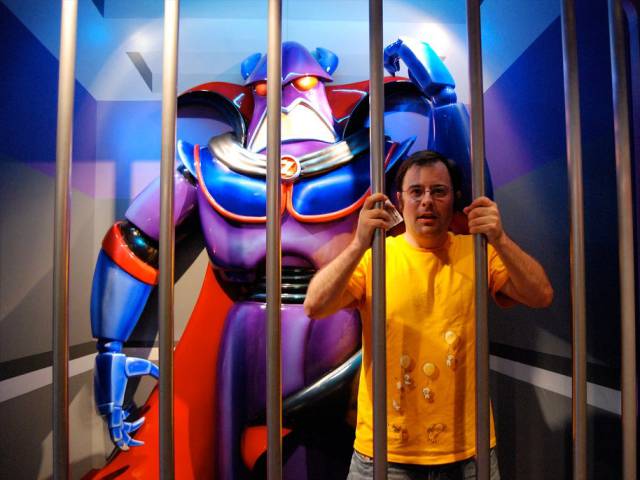 “It's just a room over the candy shop on main street," Ihaveanotheridentity said. "There's an officer back there that takes people to the local jail on 33rd street in Orlando.”

Characters are cliquey, and there's a hierarchy with "cool" characters at the top. 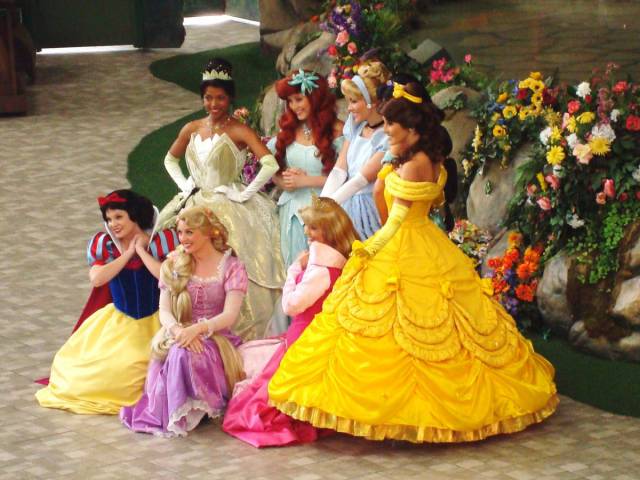 "Some of the break rooms are like the high school cafeteria where the 'cool' princesses (Elsa and Anna) sit on one side and make eyes at the 'old' characters (Snow and Poppins)," he said. "It's really childish."

The audition process is pretty standard. 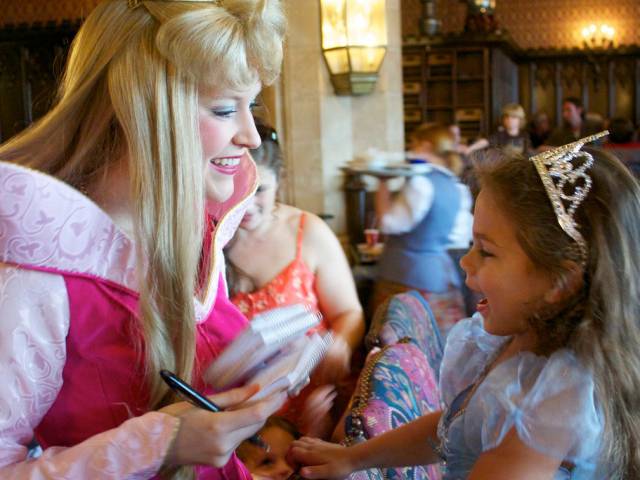 "It's like any dance audition you've ever been to, but there's an animation part that's fun (wait tables like Donald Duck, mow the lawn like Pluto, etc.)" he said.

Cast members aren't allowed to speak in front of guests. 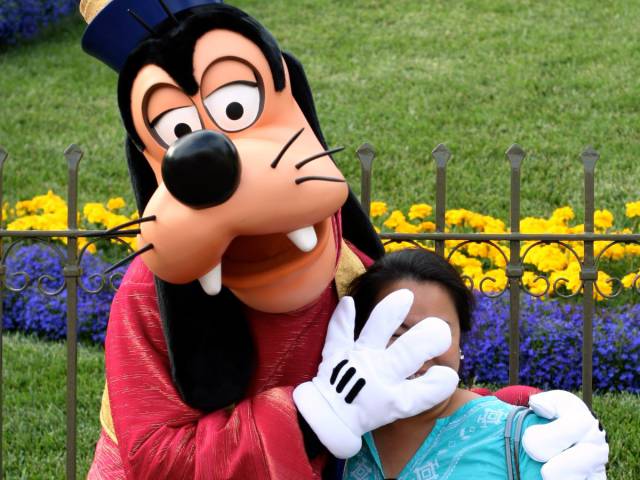 “We are NOT ALLOWED TO EVER TALK IN COSTUME IN FRONT OF GUESTS. EVER. Backstage however, anything goes. I used to love telling dirty jokes to unsuspecting new hires. I do have a good Goofy laugh but it took me years to perfect.”

They also can't see much, so don't ask them to hold your baby for a photo. 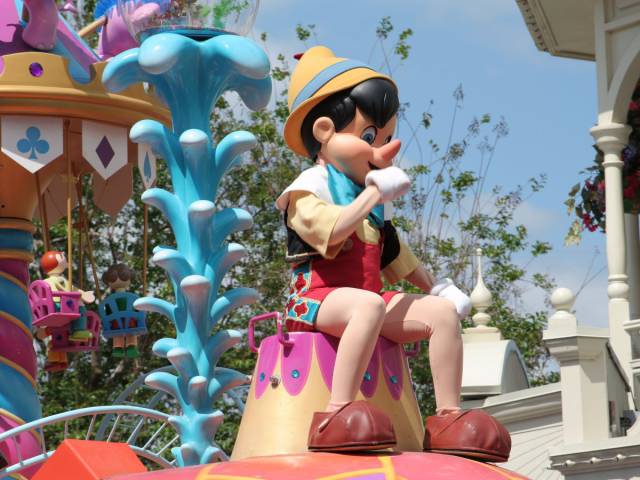 "I think the worst is when people bring their newborn infants to the parks and ask us to hold them for a picture," he said. "I can't see sh*t in Goofy, let alone other costumes, and I'm wearing giant gloves or paws or whatever depending on what character I am. Why would you let me hold your baby? Yeesh!”

They want parents to play along. 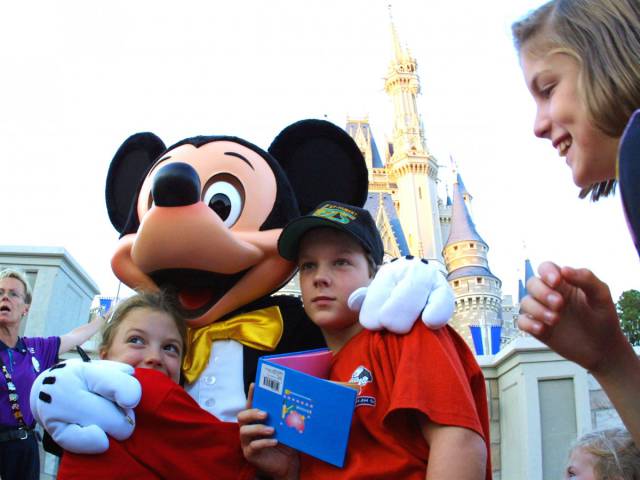 “For the most part I appreciated when parents would stay in character," he said. "I hated when people would tell their kids 'It's just a guy in a suit, don't be scared,' which scares the kids even more."

Yes, the heat inside costumes is intense, but you get used to it. 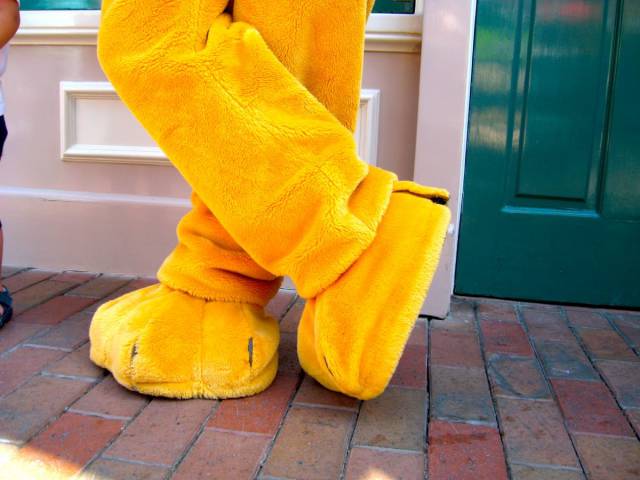 “It was absolute torture the first month (and especially the first parade), but after a few months I got used to it, and after a few years I would forget I had the costume on.”

Every character has a standardized signature. 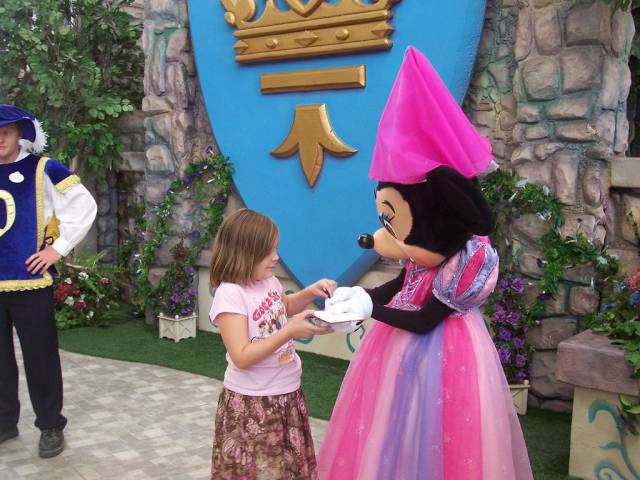 "We have a small summary of the character that has the autograph on it and we try to make it look the same when we sign," he said. "Goofy is easy to do, but I can write it upside down which would totally freak the guests out."