A very holy war! Rival Greek churches celebrate Easter by firing ROCKETS at each other in a 150-year-old tradition

It's certainly more energetic than an egg hunt.
These two rival parishes on the Greek island of Chios celebrate Easter Saturday by firing rockets at each other.
Each year the Orthodox congregations of the Agios Markos (St Mark's) and Panagia Erithiani (Virgin Mary Erithiani) churches sit on opposite hilltops in the town of Vrontados and launch tens of thousands of home-made fireworks.
It is known as Rouketopolemos (rocket war) and is a variation of the Greek tradition of throwing rockets during Easter celebrations.
The objective is to hit the bell tower of the church on the other side.
The team with the largest number of hits wins the war but as this is impossible to judge both sides always declare it a draw before agreeing to a rematch the following year.
The origins of the tradition date back to the 19th Century when Chios was under Ottoman rule. During this time the Orthodox Christian community was not allowed to celebrate Easter.
So the parishes staged a fake war as a means of keeping the Turkish authorities away.
The battle used to involve real cannons until the Ottomans banned them in 1889. 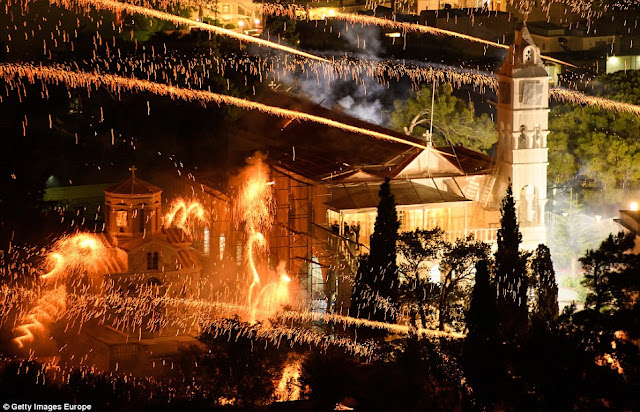 The Panaghia Erithiani Church is hit by rockets from supporters of the Aghios Marko Church during the annual Rocket War, known locally as the 'Rouketopolemos' 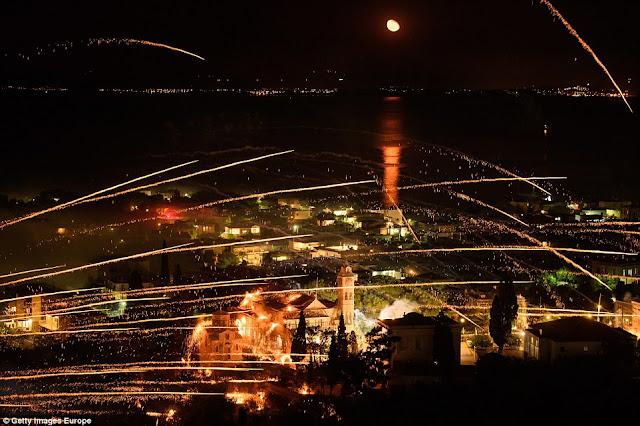 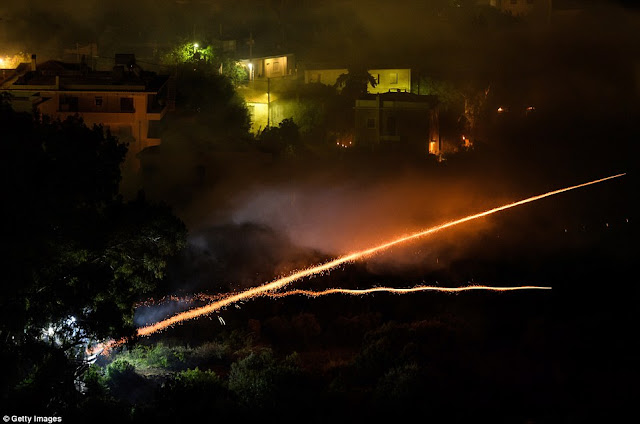 The congregation begins firing at dusk with a ceasefire being called at about 11.30pm 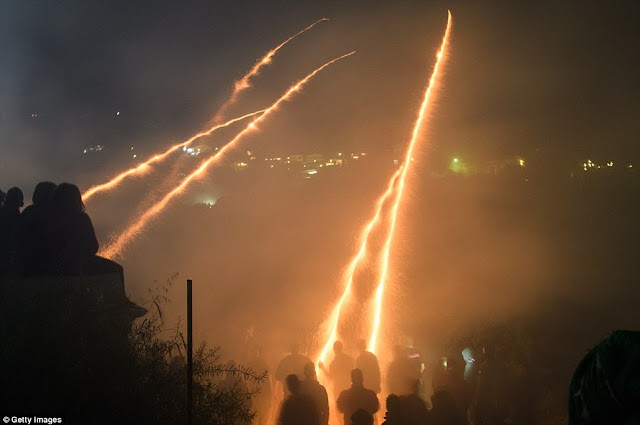 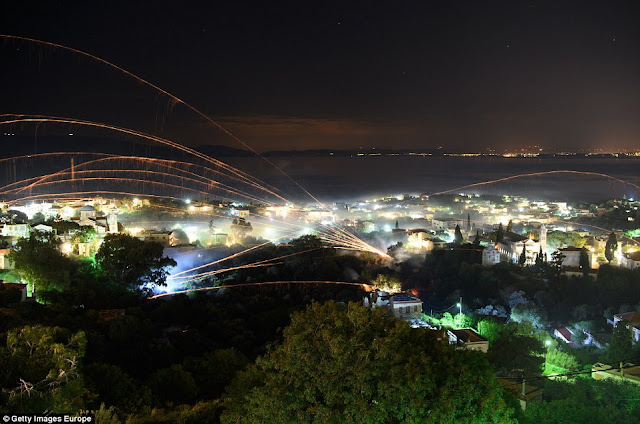 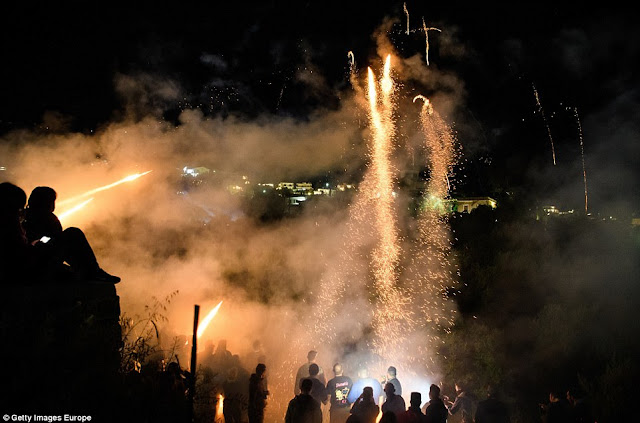 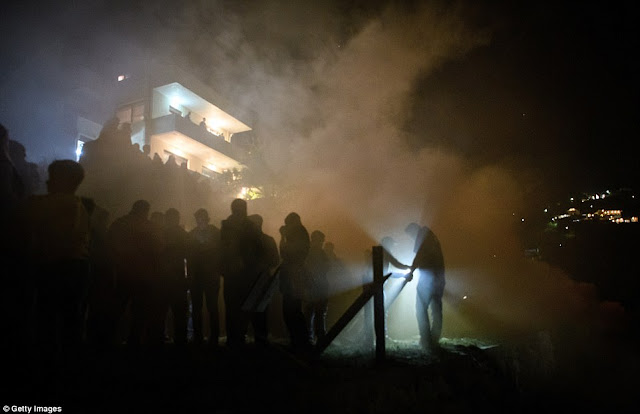 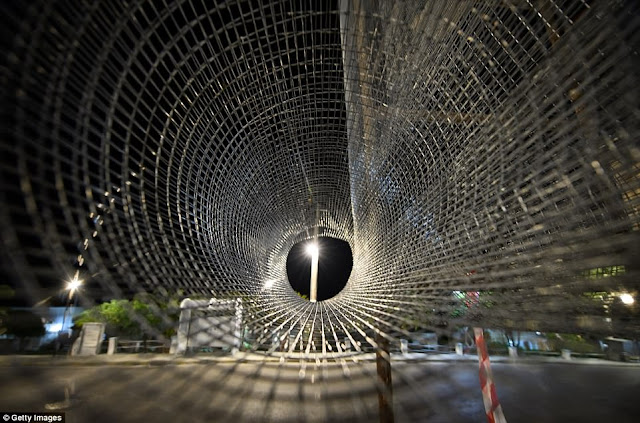 Protective fencing is seen on a home, the night before the annual Rocket War. Houses in the area are forced to erect temporary defences to prevent damage to their properties 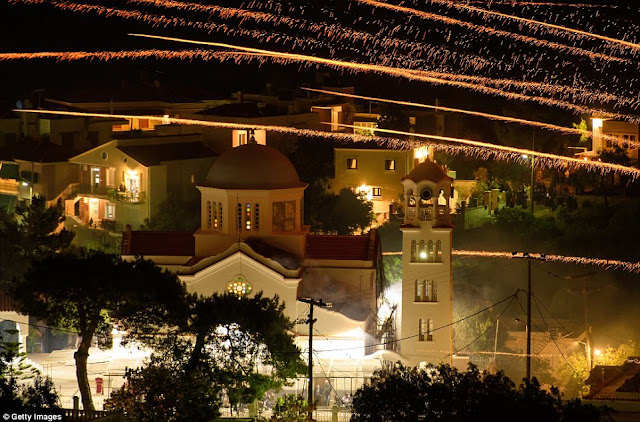 The Aghios Marko Church is hit by rockets. The congregations used to use real cannons until they were banned in 1889