The Lost Home of Jesus' Apostles Has Just Been Found, Archaeologists Say 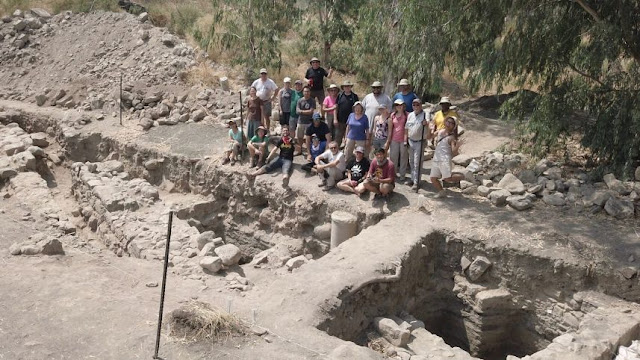 Archaeologists think they may have found the lost Roman city of Julias, the home of three apostles of Jesus: Peter, Andrew and Philip (John 1:44; 12:21). A multi-layered site discovered on the northern shore of the Sea of Galilee, in the Bethsaida Valley Nature Reserve, is the spot, the team believes.

The key discovery is of an advanced Roman-style bathhouse. That in and of itself indicates that there had been a city there, not just a fishing village, Dr. Mordechai Aviam of Kinneret College told Haaretz.
None other than the Jewish historian Josephus Flavius – in fact the only source describing this city's existence – wrote that the Jewish monarch King Philip Herod, son of the great vassal King Herod, transformed Bethsaida, which had been a Jewish fishing village, into a real Roman polis (Ant. 18:28. Though whether it was built on Bethsaida, or by it, remains unknown.)
Philip flatteringly renamed the city "Julias" after Livia Drusilla, who after marriage would become known as Julia Augusta, the mother of the Roman Emperor Tiberius. 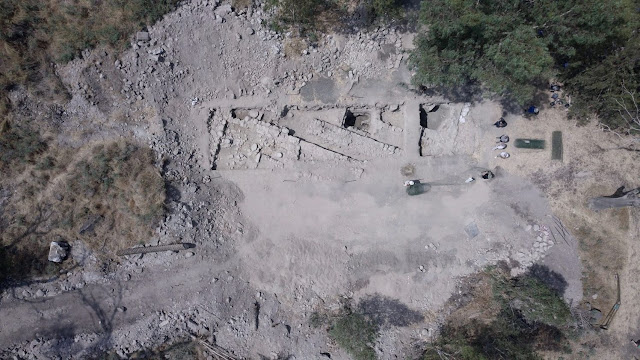 The archaeological dig at what is believed to be Julias, home of three of Jesus apostles, on the shore of the Kinneret.
"Josephus reported that the king had upgraded Bethsaida from a village into a polis, a proper city," Aviam says meticulously. "He didn't say it had been built on or beside or underneath it. And indeed, all this time, we have not known where it was. But the bathhouse attests to the existence of urban culture."
Josephus himself would take over fortifying Bethsaida's defenses (as reported by himself) ahead of the Great Jewish Revolt against Rome that began in 67 C.E., and would end in disaster for the Jews in 70 C.E.  Josephus himself claims to have been hurt in battle in the swamp near Julias (Life 399-403).
There are actually three candidates for Julias: this one, called el-Araj; and two nearby sites by the lake. After unexpectedly finding the bathhouse and other Roman-era remains below the (previously known) Byzantine ruins at the site, the archaeologists think this site, at the delta of the  River Jordan on the northern shore of the Sea of Galilee, is the strongest candidate.
What the archaeologists found at el-Araj is an older layer dating from the late Roman period, the 1st to 3rd centuries C.E., two meters below the Byzantine level. That Roman layer contained pottery sherds from the 1st to the 3rd centuries B.C.E., a mosaic, and the remains of the bathhouse. Two coins were found, a bronze coin from the late 2nd century and a silver denarius featuring the Emperor Nero from the year 65-66 C.E.
And has a major missing church been found too? The excavators found walls with gilded glass tesserae for a mosaic, an indication of a wealthy and important church. Willibald, the bishop of Eichstätt in Bavaria, visited the Holy Land in 725 C.E., and in his itinerary, he describes his visit to a church at Bethsaida that was built over the house of Peter and Andrew. It may well be that the current excavations have unearthed evidence for that church, say the archaeologists.
A key argument in favor of el-Araj being Julias lies in a mistake about the level of the Sea of Galilee, claim the archaeologists.
Based on calculations by the excavators of nearby Magdala, most archaeologists assume that the level of the lake was 209 meters below sea level during the Roman period. They therefore assume that the site of el-Araj was under water until the Byzantine period. But either the ancient Romans had gills, or it wasn't.
The Roman layer discovered is 211 meters below sea level. The level of the lake was evidently lower than previously thought, "and el-Araj most certainly was not under water in the Roman period," they state.
Geologists Prof. Noam Greenbaum from Haifa University and Dr. Nati Bergman from the Yigal Alon Kinneret Limnological Laboratory, studied the layers of the site and concluded that the site was covered with mud and clay that were carried by the Jordan River in the late Roman period, which corresponds to a gap in material remains from about 250 C.E. to 350 C.E. Later, in the Byzantine period, the site was resettled, the archaeologists conclude. Stay tuned for further discoveries as excavations, funding permitting, continue.