These are not sculptures or alien artifact but lab grown crystal of the element Bismuth.
Bismuth (element #83 on the periodic table) forms beautifully colored and geometrically intricate hopper crystals, as it slowly cools and solidifies from its molten state. Though virtually unseen in nature, high-purity bismuth can form distinctive hopper crystals. The 'hoppered', shape of a Bismuth crystal results from a higher growth rate around its outer edges than on its inside face. The higher rate of growth on the edges forms a crystal which appears to be partially hollowed out in a rectangular-spiral stair step design. 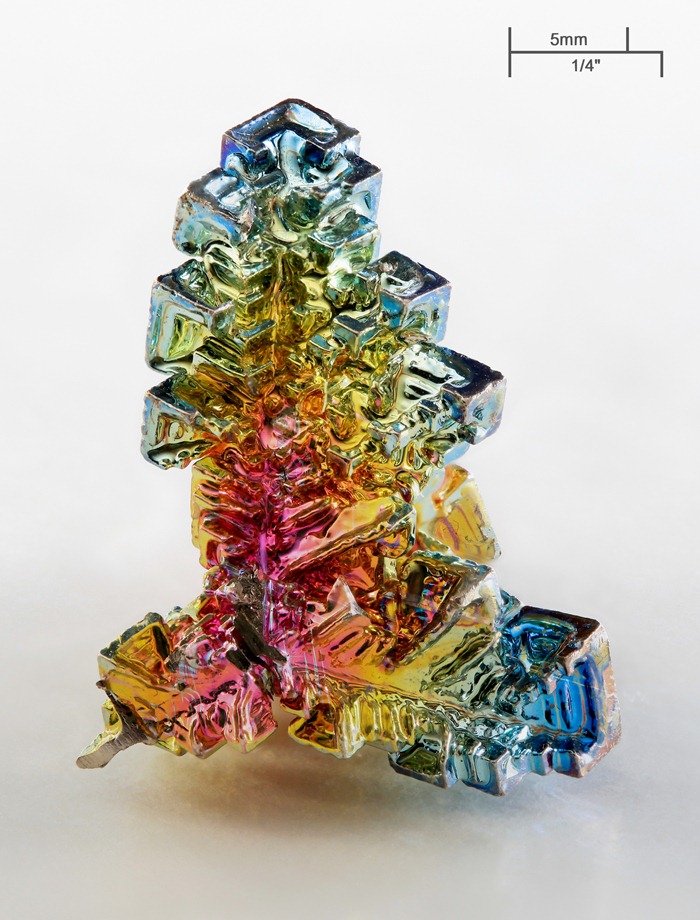 The crystal's eye-catching array of colors results from the formation of a thin oxide layer on its surface. The colors on Bismuth crystals arise in a similar fashion to those on a soap bubble or thin film of oil on water in which light reflecting off the top and bottom of the film produce interference maxima of a particular color depending on the film’s thickness. A thin layer of Bismuth Oxide on the otherwise pure Bismuth crystal causes light of certain wavelengths to interfere constructively upon reflection giving rise to the color seen on the surface. Due to variations in the thickness of the oxide layer, the crystal is not one solid color but rather is a rainbow of colors corresponding to the wavelengths (and colors) of light which interfere constructively at each location. 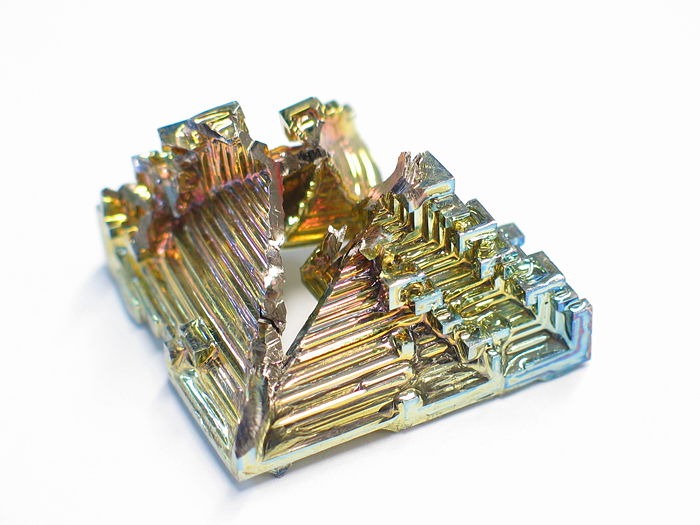 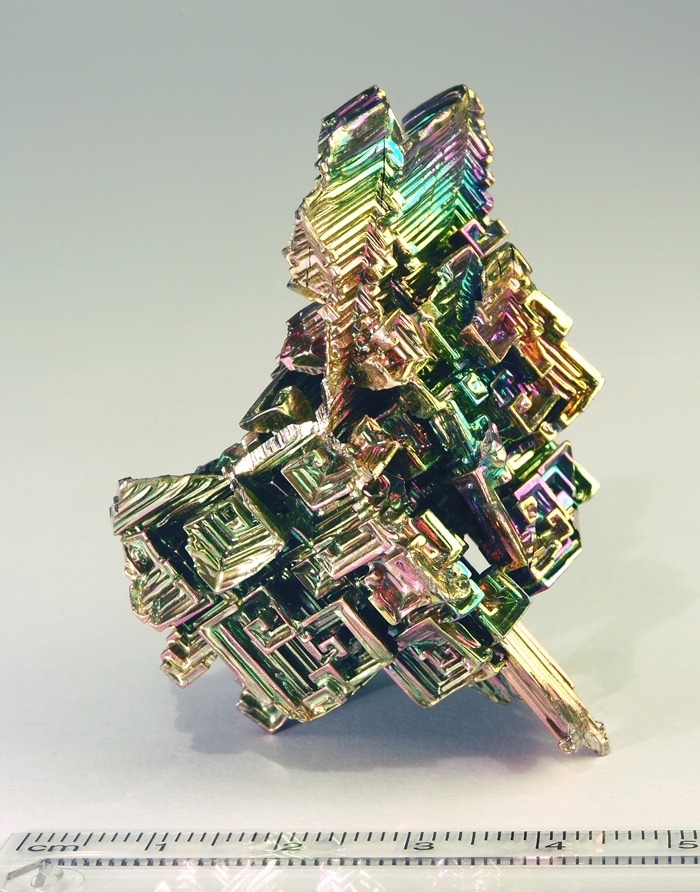 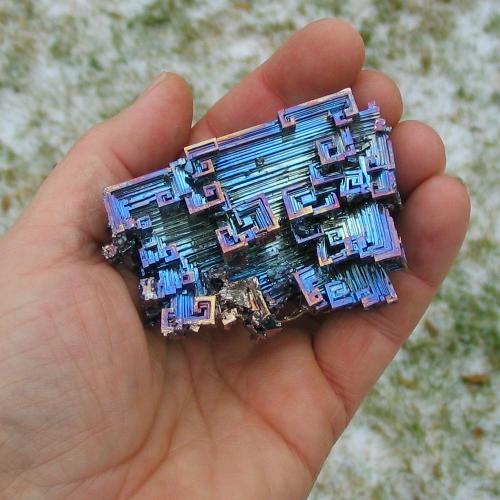