Ghost in the Machine is a series of portraits of musicians and celebrities made out of recycled cassette tape, old film and reels. These are absolutely real, no Photoshop, no trickery. 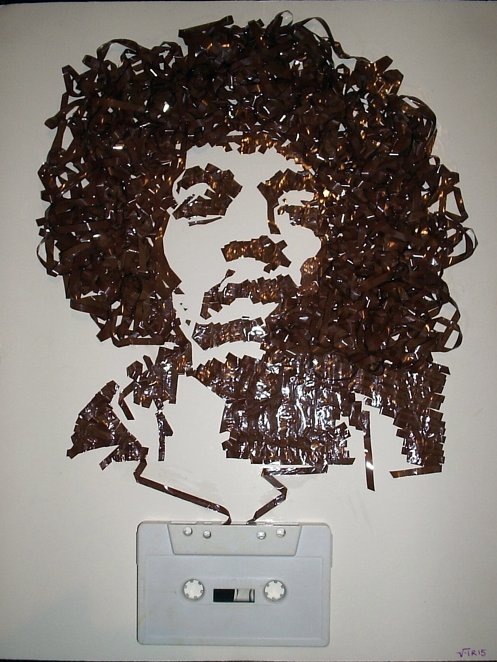 Jimi Hendrix out of cassette 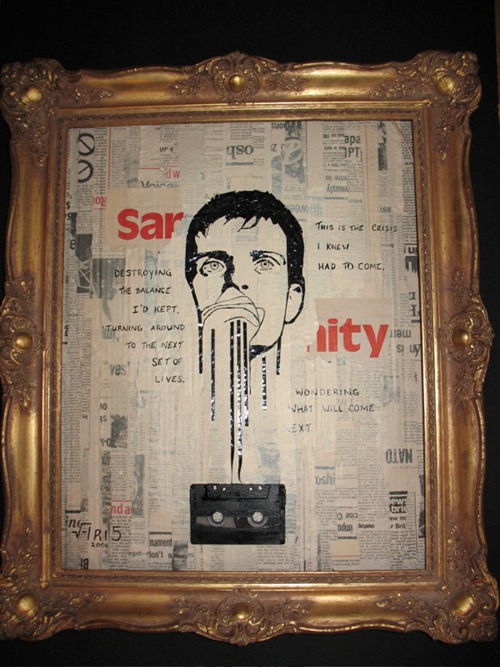 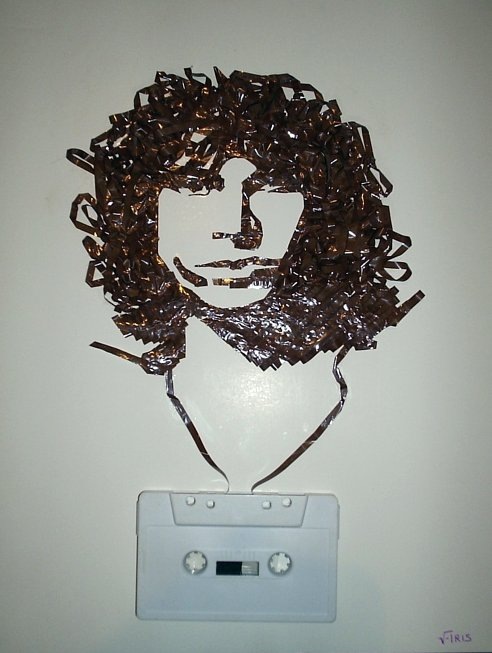 Jim Morrison out of cassette

Portrait of Marilyn Monroe made out of old film with reel 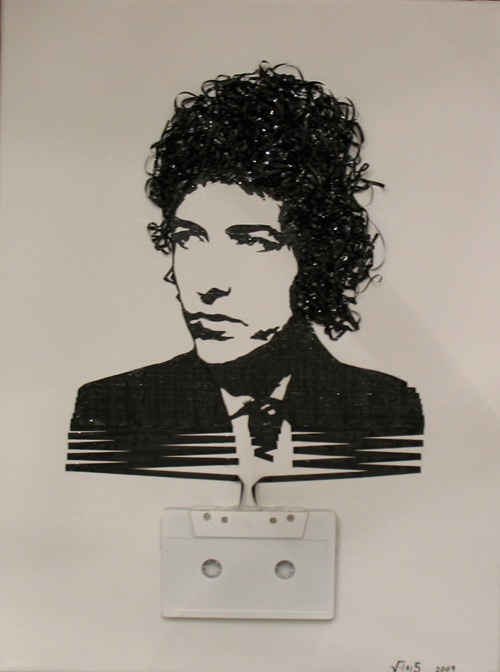