The Arecibo Observatory of the SETI Project

The Arecibo Observatory is a radio telescope located close to the city of Arecibo in Puerto Rico, operated by Cornell University under cooperative agreement with the National Science Foundation. The observatory's 305 m (1,001 ft) radio telescope is the largest single-aperture telescope ever constructed. 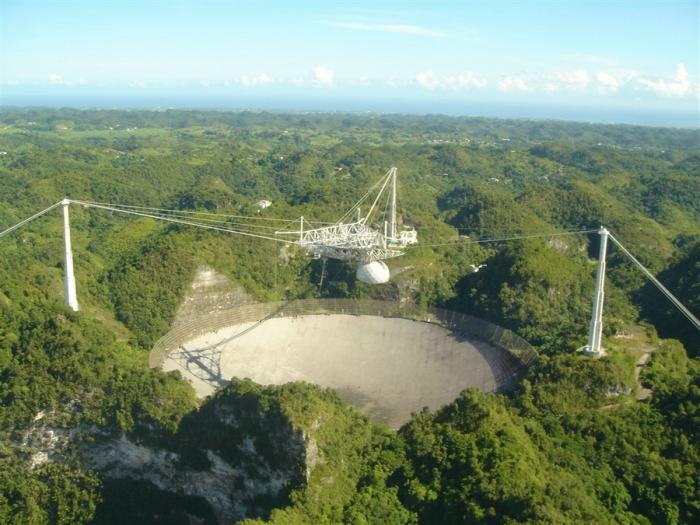 The telescope is visually distinctive and its’ massive reflector has attracted film makers for years. The Arecibo Observatory has been used in the filming of notable motion picture and television productions, such as the James Bond movie GoldenEye, Contact, the The X-Files and others. The telescope received additional international recognition in 1999 when it began to collect data for the SETI@home project.
The telescope has a spherical reflector which is fixed in place, and the receiver is repositioned to intercept signals reflected from different directions by the spherical dish surface. The receiver is located on a 900-ton platform which is suspended 150 m (500 ft) in the air above the dish by 18 cables running from three reinforced concrete towers. The platform has a 93 m long rotating bow-shaped track called the azimuth arm on which receiving antennas, secondary and tertiary reflectors are mounted. This allows the telescope to observe any region of the sky within a forty degree cone of visibility about the local zenith. 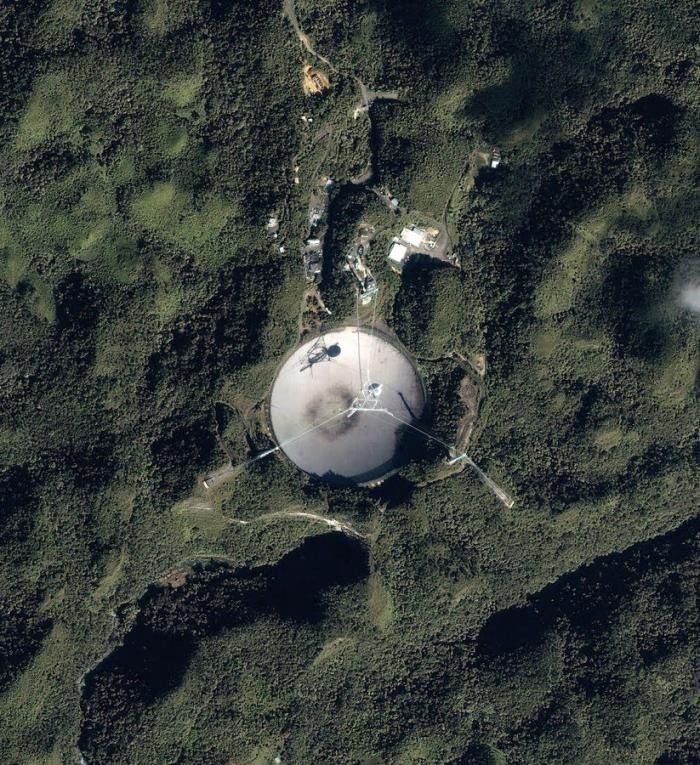 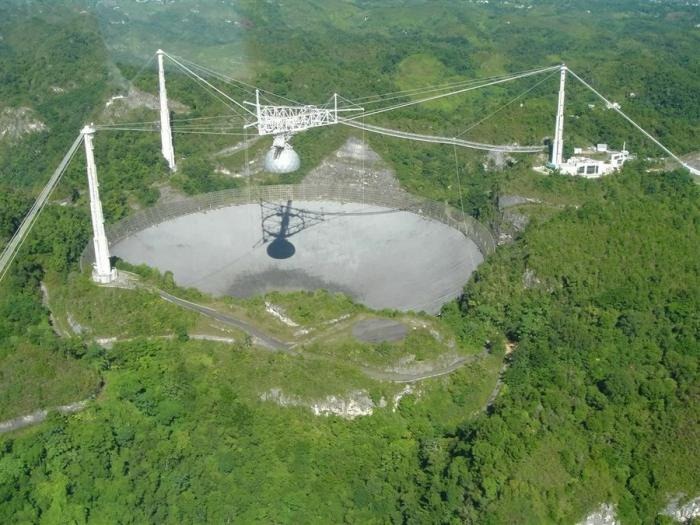 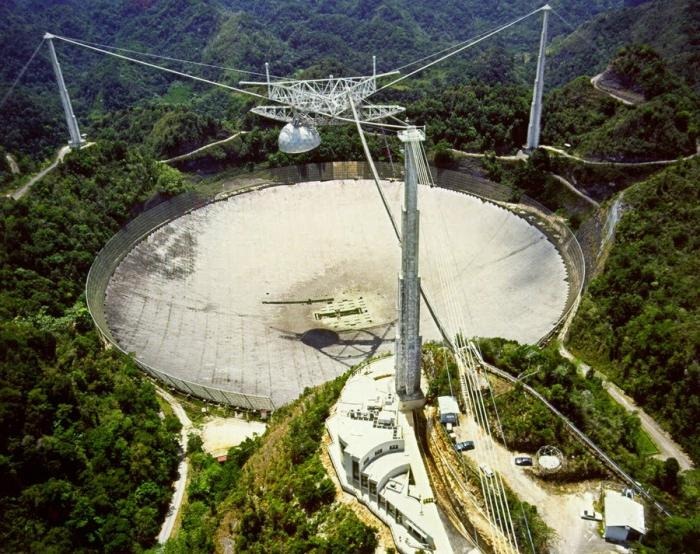 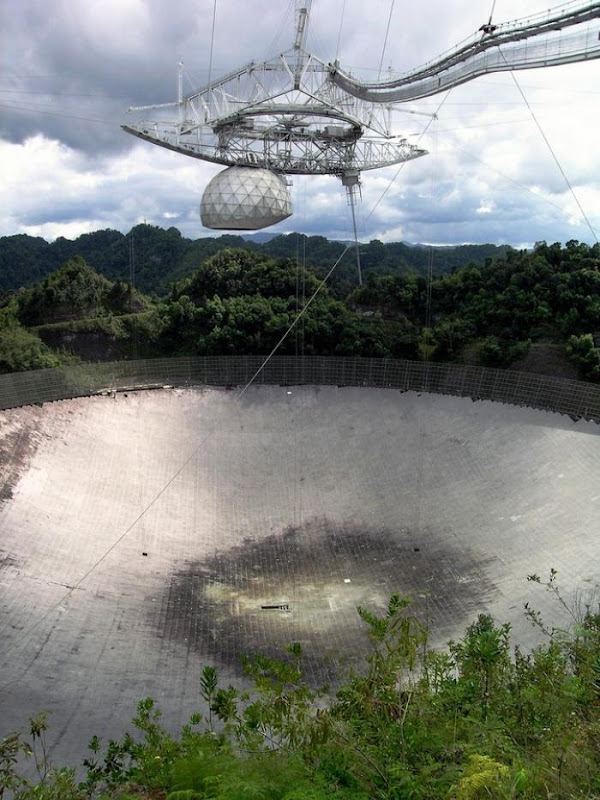 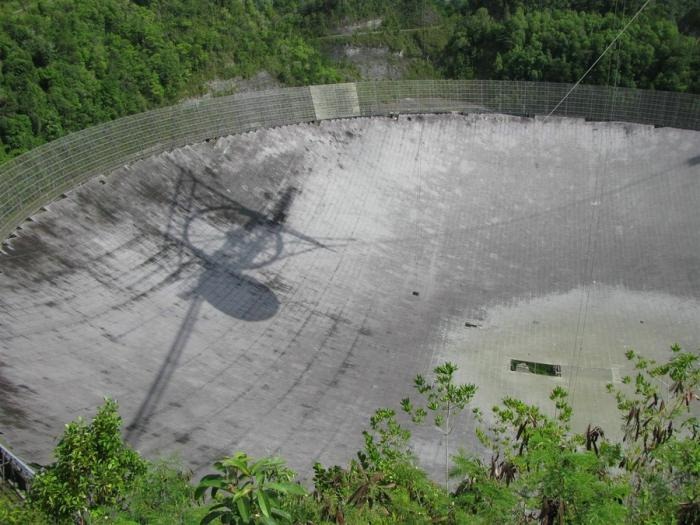 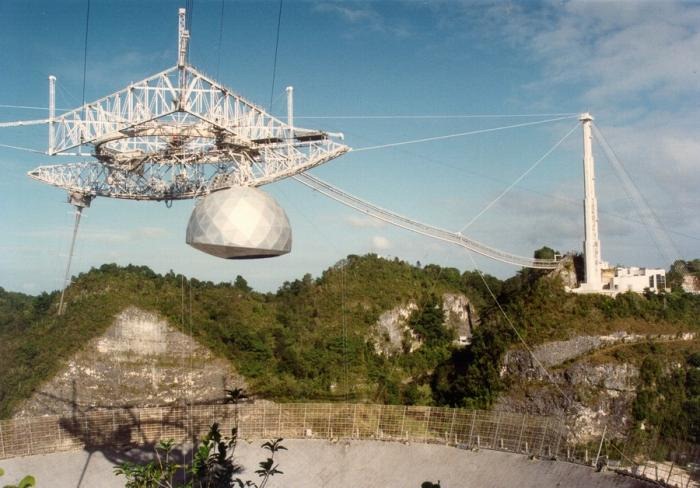 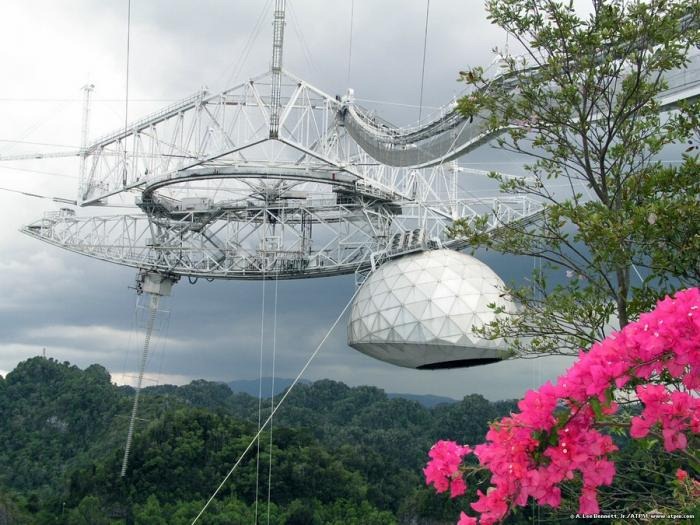 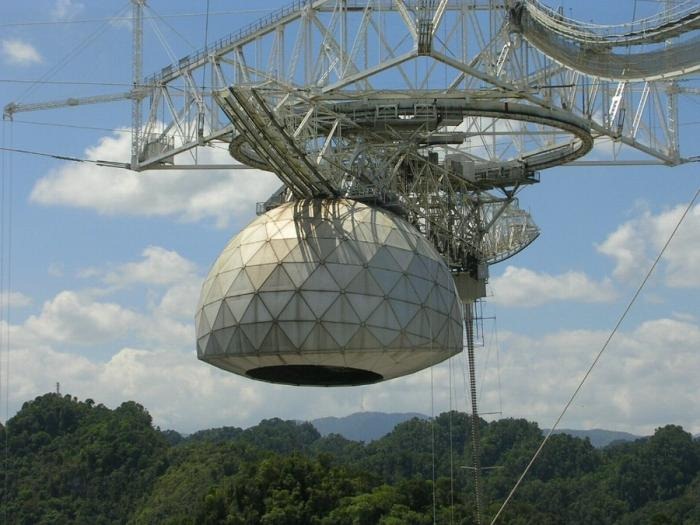 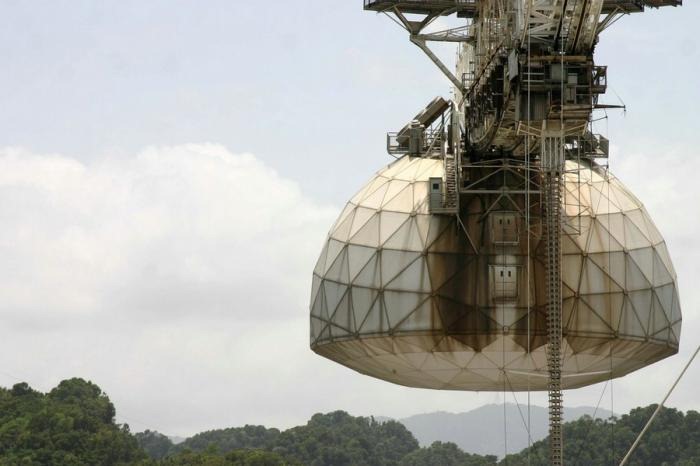 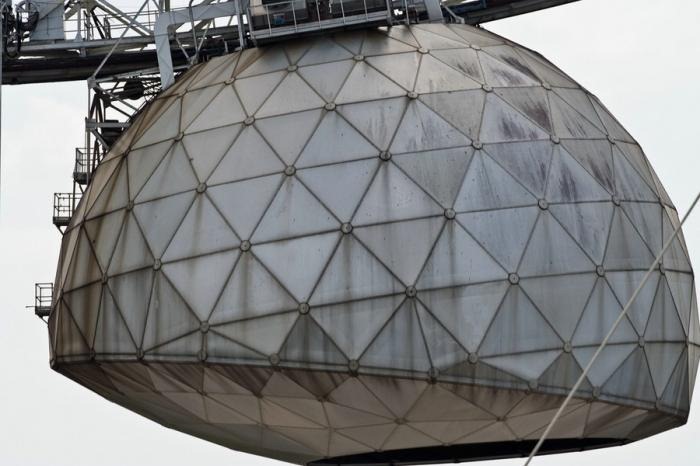 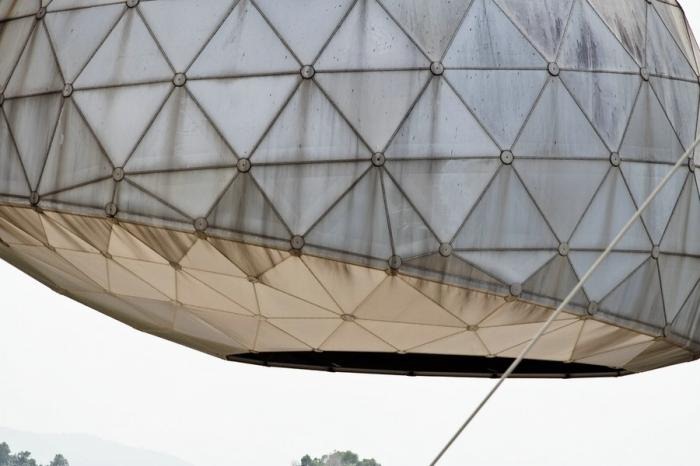 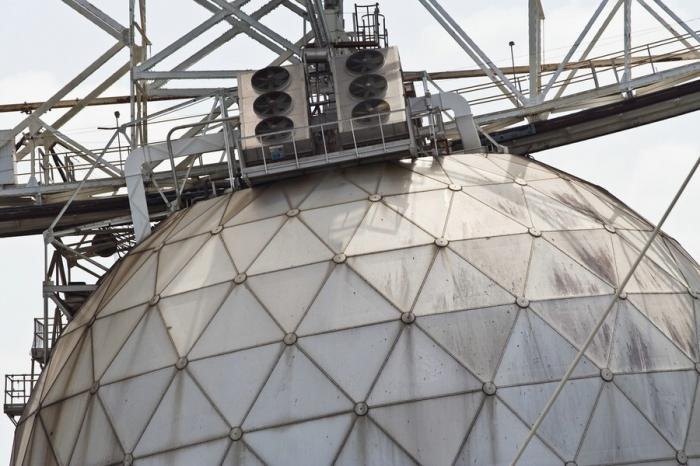 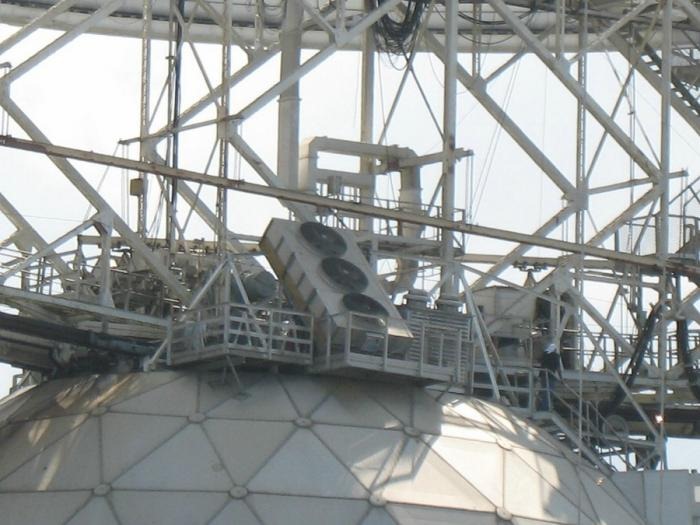 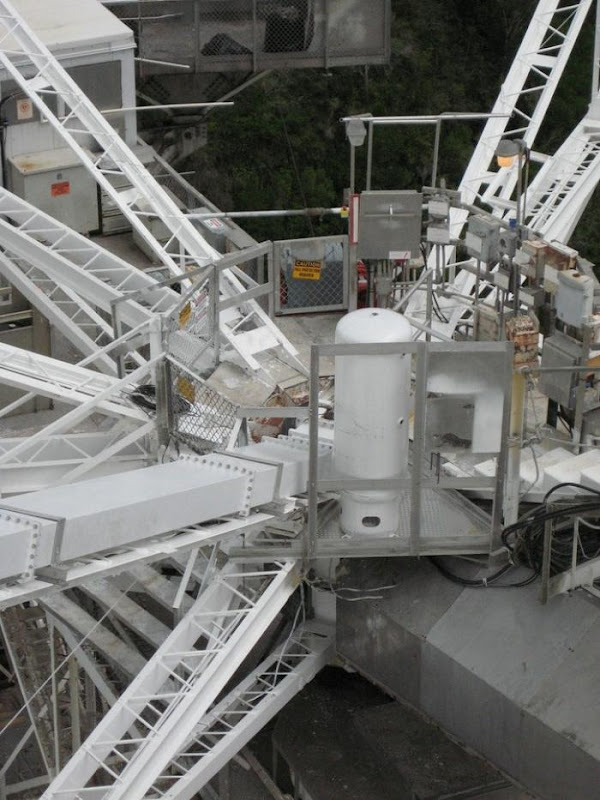 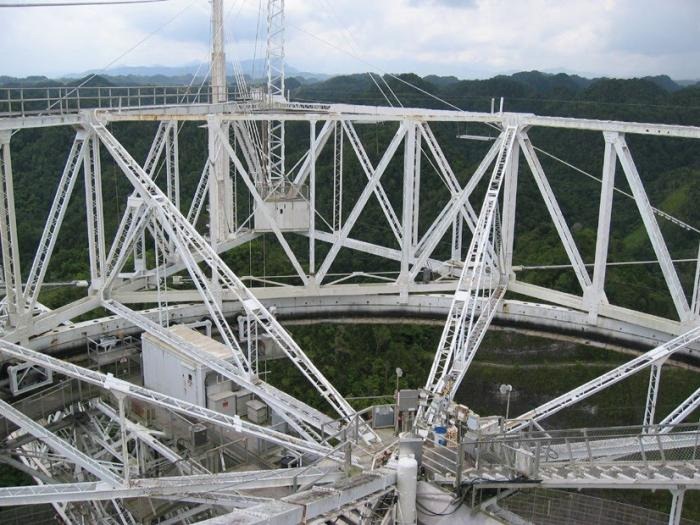 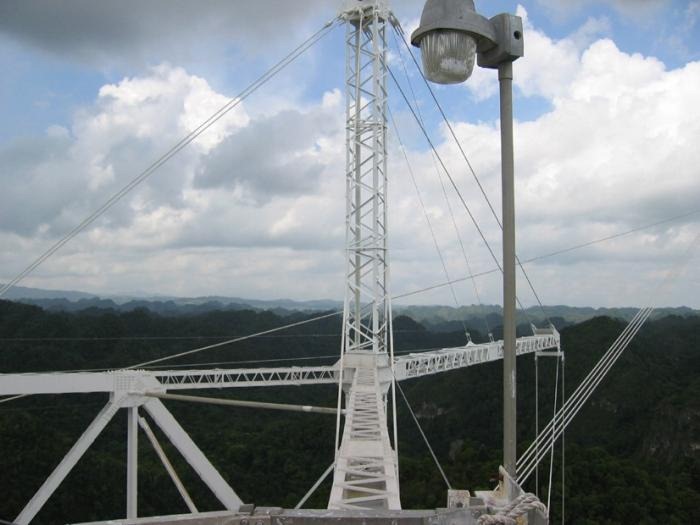 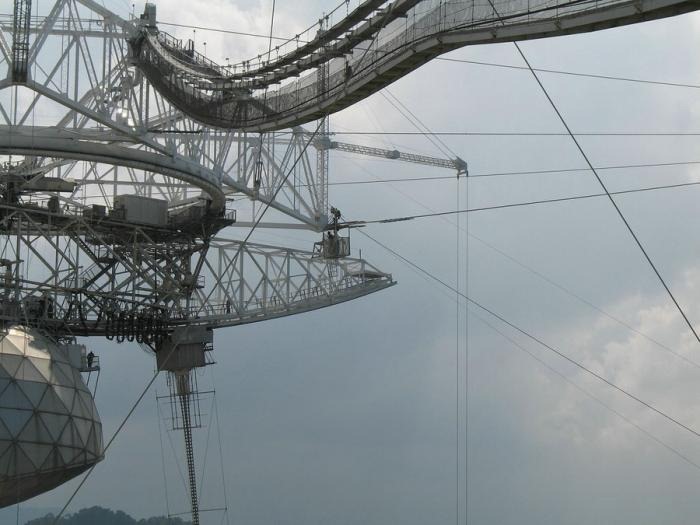 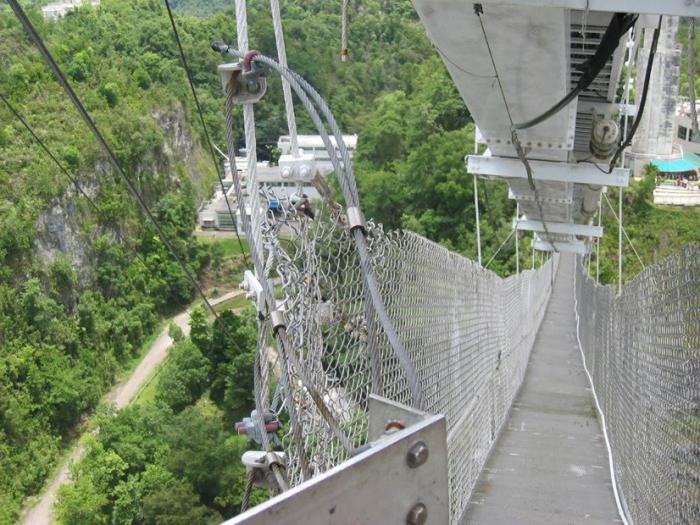 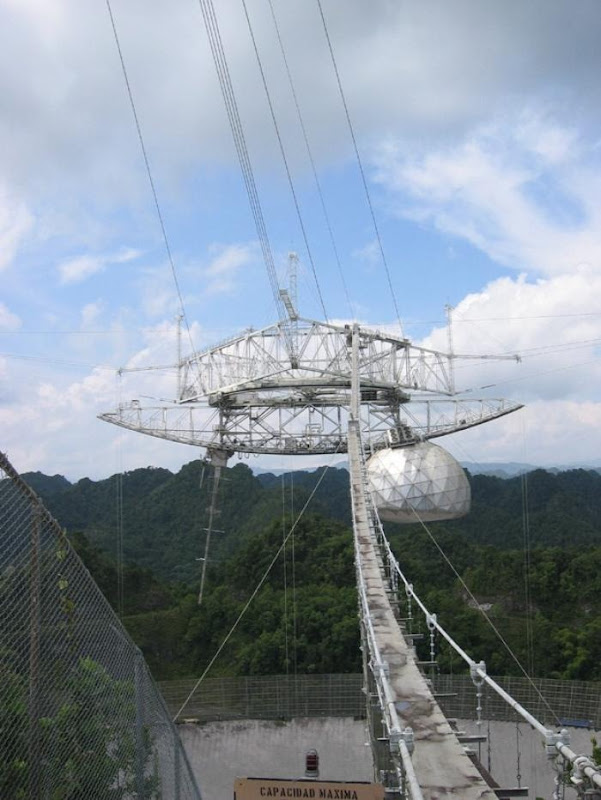 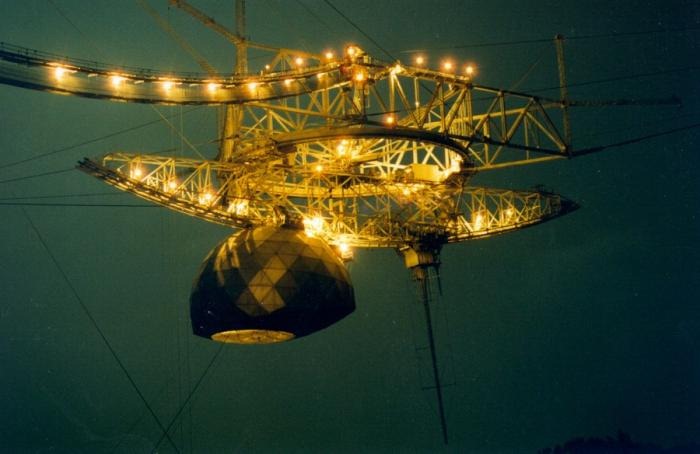 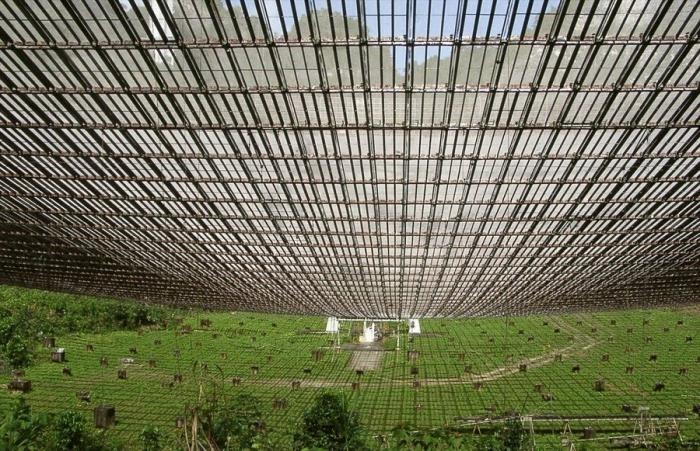