This is Yves Rossy, a Swiss pilot, inventor and aviation enthusiast, as you can see from the pictures below. Rossy is nicknamed Jet Man and Fusion Man for being the first person to fly using a jet-powered engine on his backpack. 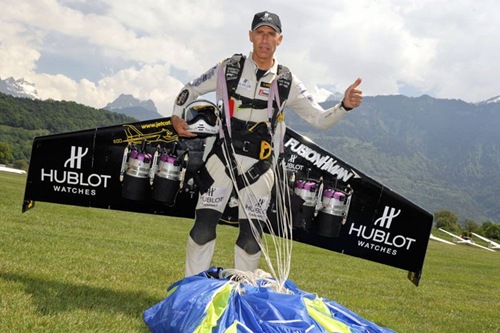 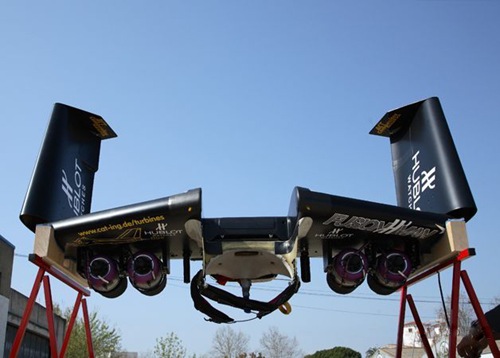 The wings are made of carbon-fiber and has a span of about 2.4 meters (7.9 ft) and is powered by four attached jet engines modified from model aircraft engines. His first flight occurred in November 2006 lasting nearly six minutes. Yves later successfully flew across the English Channel on 26 September 2008 in under 10 minutes reaching a speed of 125 mph during the crossing. Later in 2008 he broke that record when he made a flight over the Alps reaching a top speed of 189mph. 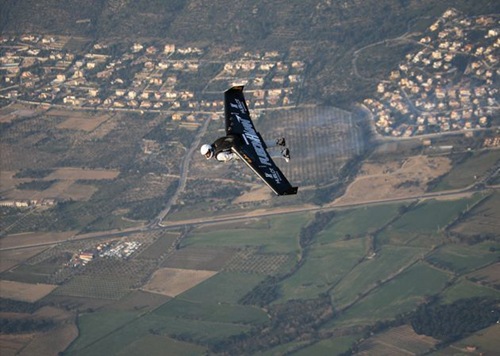 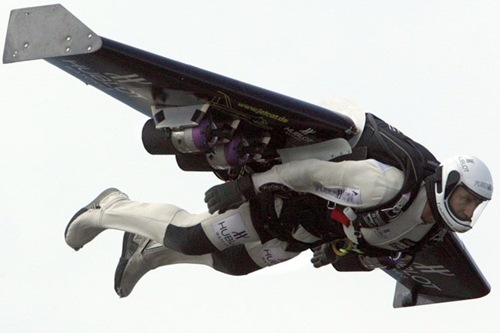 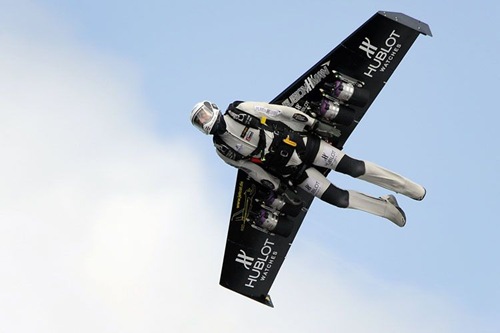 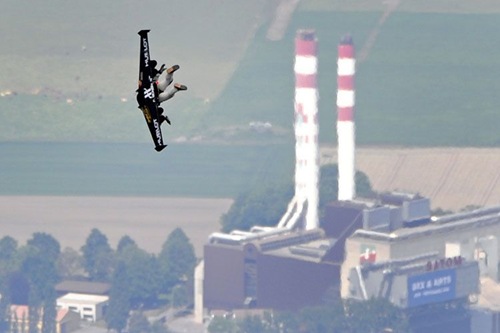 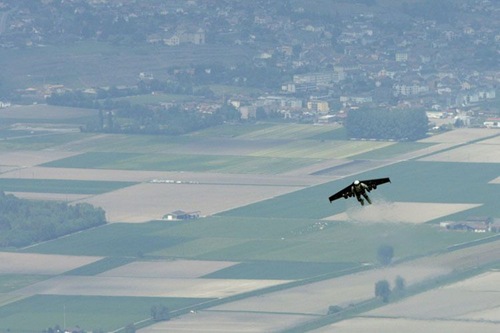 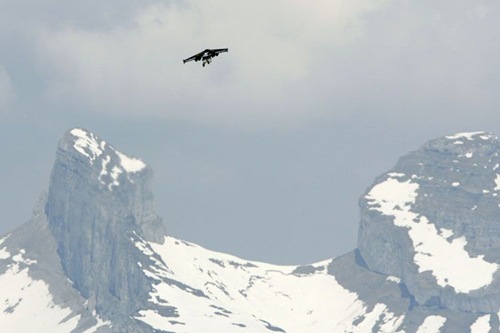 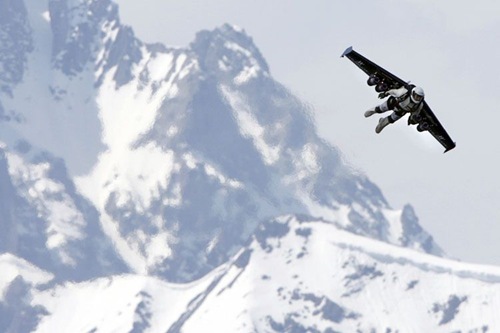 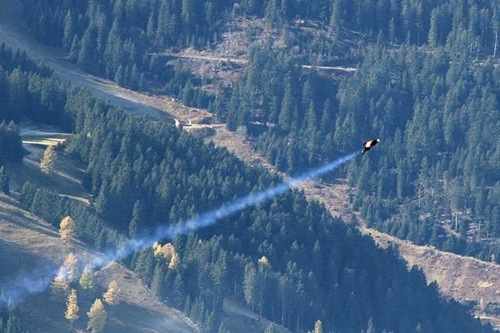 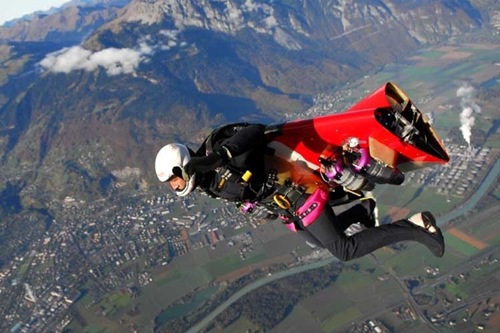 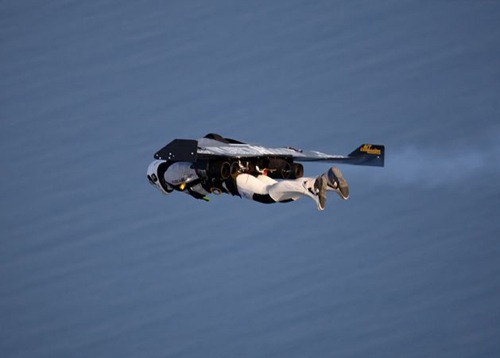 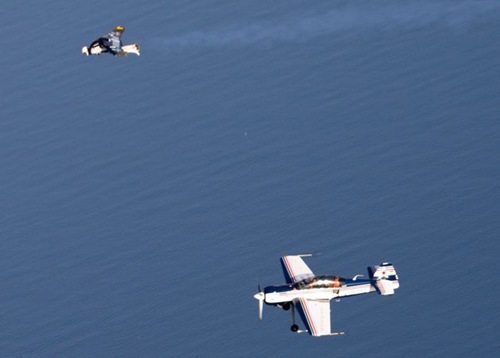