The Forgotten Islands of The Wadden Sea

Just off the northwest coast of Germany, in the North Frisian Wadden Sea, are a series of ten extremely low-lying islets known as Halligen or Hallig islands. The Hallig Islands rise only a few feet above sea level, so every winter when the tidal flats of the Wadden Sea gets inundated, the islands go under water. In the Middle Ages, there were a great number of Halligen, but with rising sea level several of these uninhabited islets on the Wadden Sea have vanished beneath the waves for ever.
Barely known outside the region, the Halligen are sparsely populated. Each house here is built on top of man-made mounds called warft that keep the structures safe above the waterline. During these periodic flooding events known as landunter, each warft becomes its own tiny island, like the one in the image below. 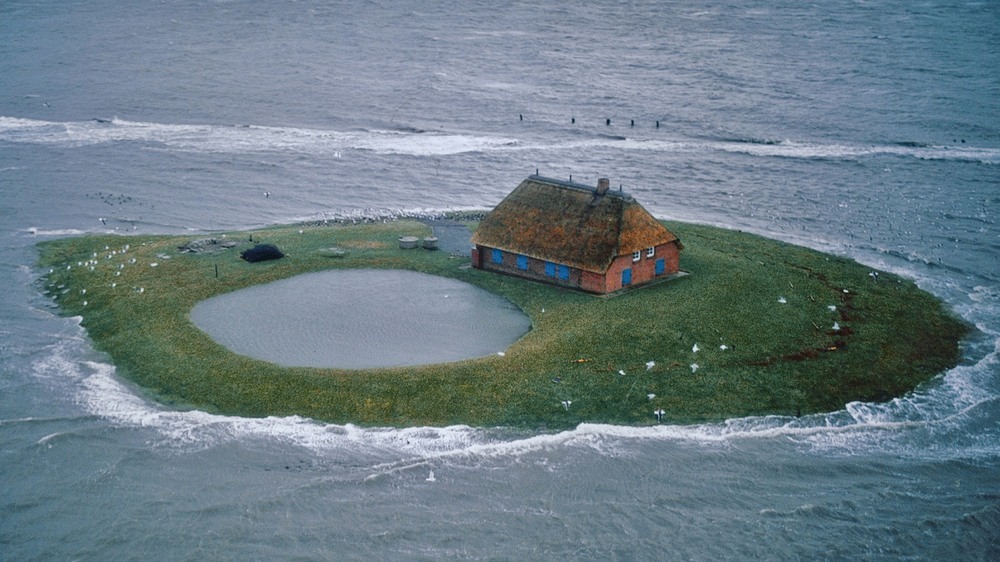 Hallig Habel, the smallest Hallig in the German Wadden Sea, is a bird sanctuary. The island is uninhabited but has a small house that hosts an ornithological observatory during the summertime. In this photo the island is partially flooded by high tide. Photo credit: Hans Joachim Kürtz/Tumblr
During the Viking era, Halligen were much more stable and were continuously inhabited, but settlements were still on mounds while the higher-lying areas were devoted to agriculture. Residents protected their houses with low dykes and mounds, while the low-lying areas were drained and cultivated or became grazing ground for livestock.
Some of these Halligen are connected to the mainland by causeways and narrow gauge railways over which residents can drive tiny private trains back and forth. Each island house has its own wagon. Originally they used to be wind powered, but today they run on diesel.
Raising cattle and tourism are the main livelihoods of the residents of the Halligen. Many Halligen offer walks on the tidal flat—a popular pastime among the Dutch and the Germans.
Out of the ten Halligen, only five are inhabited. The rest are part of the Schleswig-Holsteinisches Wattenmeer National Park. 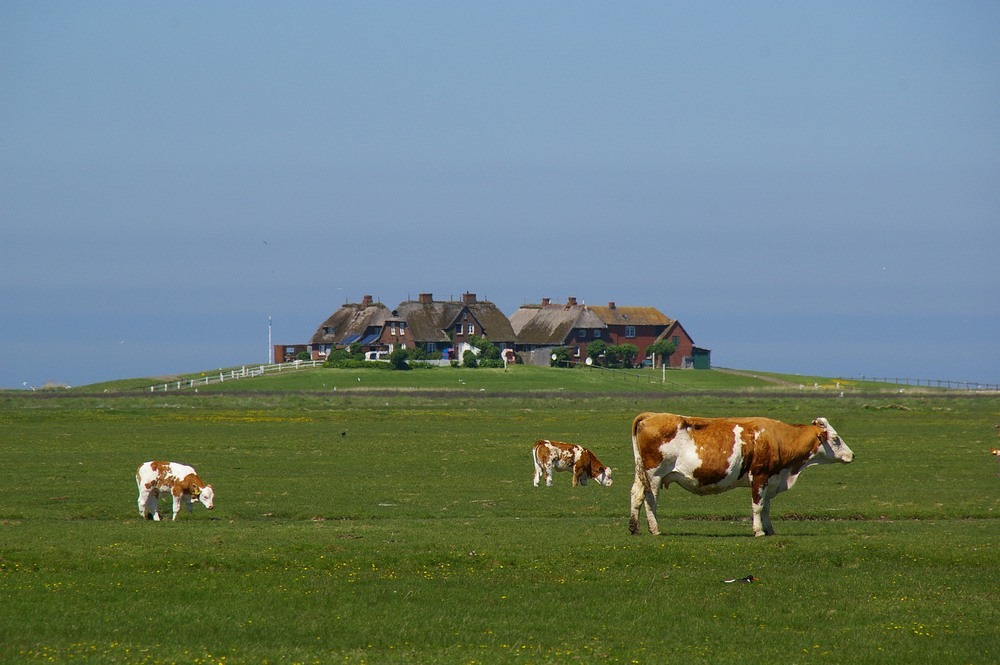 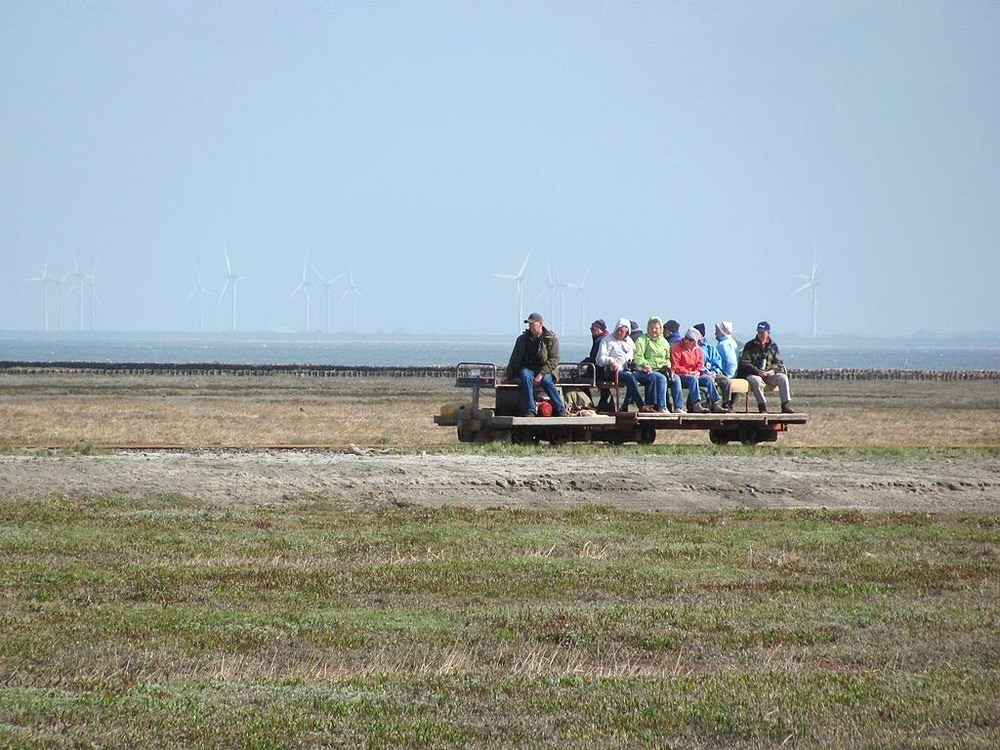 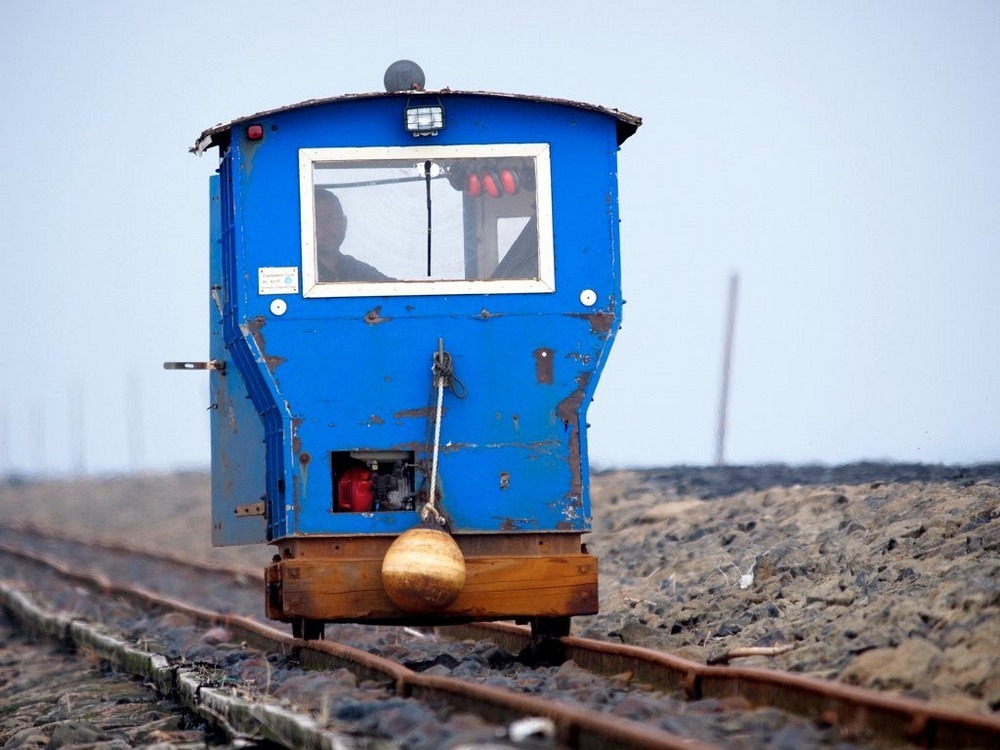 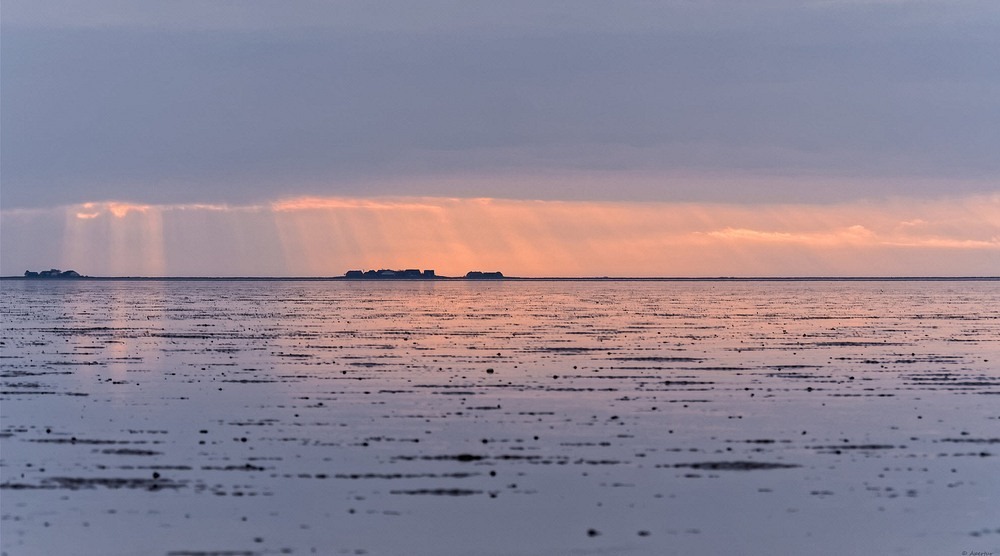 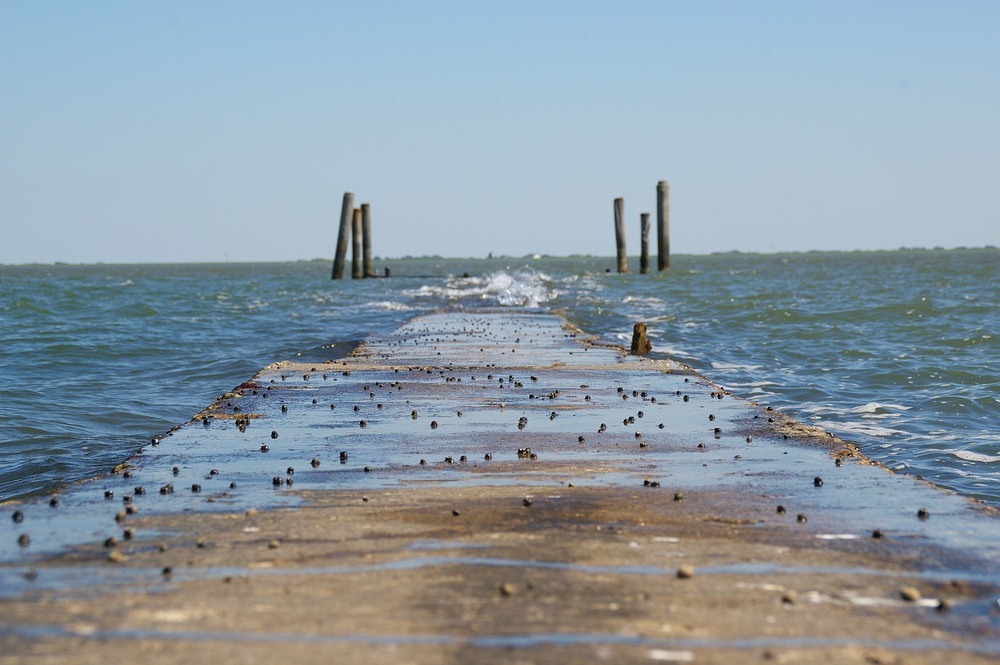