A Swimming Pool of Diet Cola

How would you like to swim in a pool filled with delicious, sugary cola? Artist Mike Bouchet, who started making his own cola in 2004, recently tried out this insane idea. On July 4th, in Twentynine Palms, California, the artist filled a swimming pool (oddly at the former home of sugary British 60’s singer Donovan) with 100,000 liters of homemade Diet Cola. The Cola Pool is the culmination of several cola based art work by the artist which includes paintings made using cola as paint and a Cola Fountain. 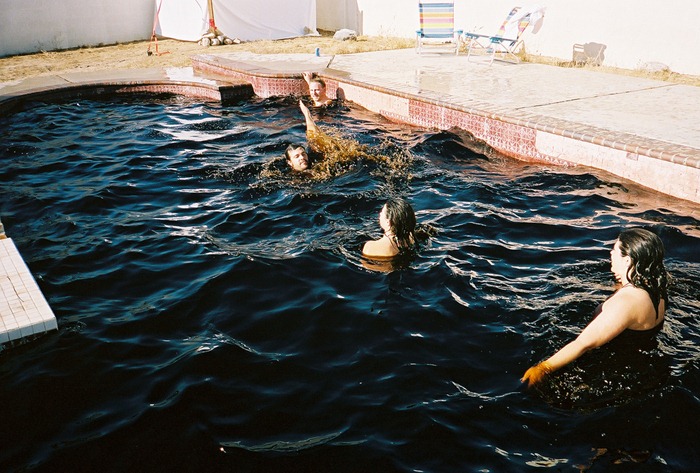 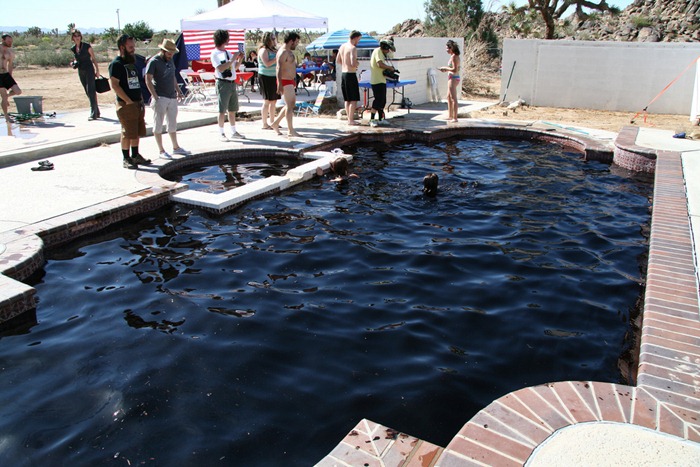 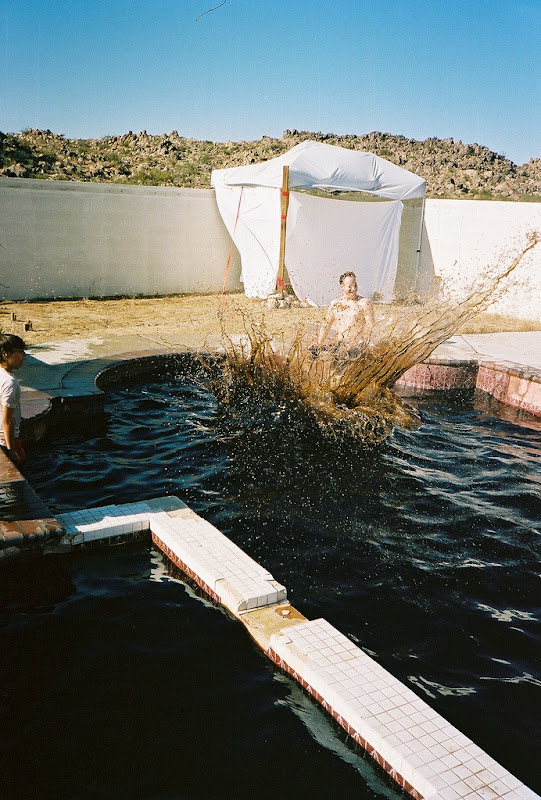 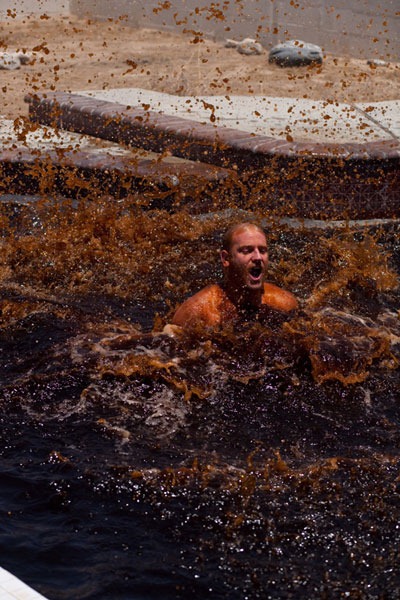 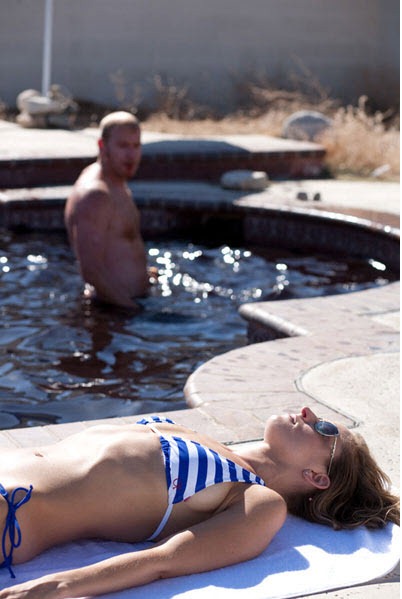 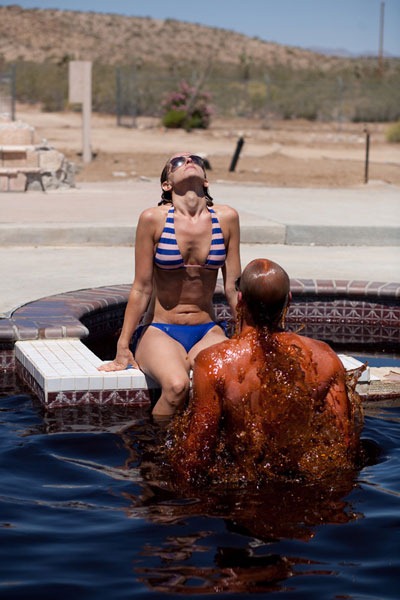 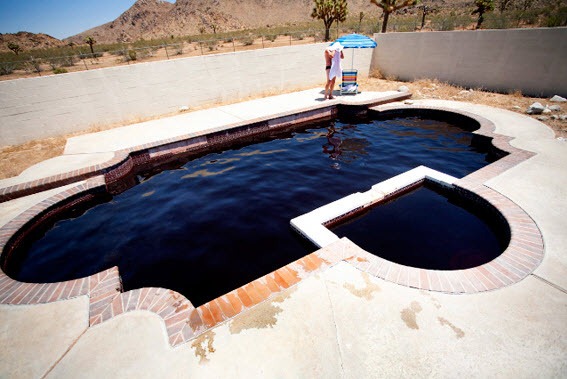