"Nouadhibou means 'where the jackals get fat.' It is also where ships go to die." So writes the photographer Jan Smith, who captured haunting images of abandoned shipwrecks in Mauritania's Nouadhibou Bay, which is perhaps the world's largest ship cemetery. When Smith attempted to venture into Mauritania in 2008, he encountered no shortage of struggle. "I was turned away at the border, slept in a mine field, and was accused of espionage. No one believed I would travel to the remoteness of Nouadhibou to simply take pictures of rotting ships." 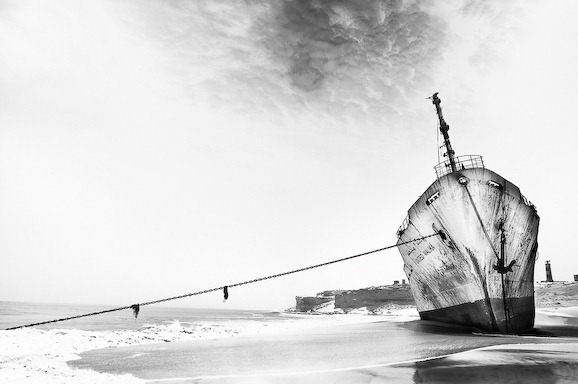 After being detained by the Moroccan army, Smith was eventually able to fly into Mauritania directly and photograph the shipwrecks. The experience exposed him to a sometimes contradictory place, where one the one hand illegal immigrants lived in miles of shacks (slavery existed there until 1981 and its legacy persists to this day), and on the other Smith himself was shown extraordinary hospitality. But behind everything lies a mysterious sea of abandoned ships—"a testimony to corruption," as Smith puts it—whose origins are largely unknown, though they are most vestiges of the rampant insurance fraud (where boats are simply abandoned) that takes place in those waters. 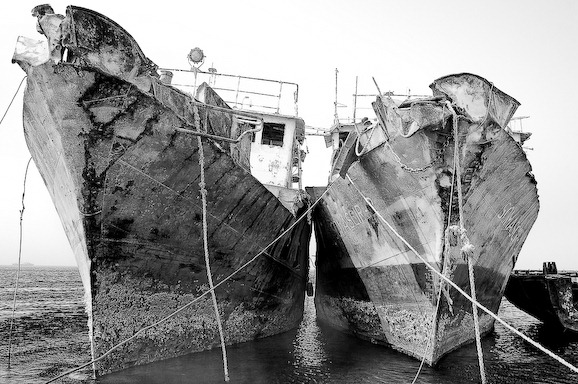 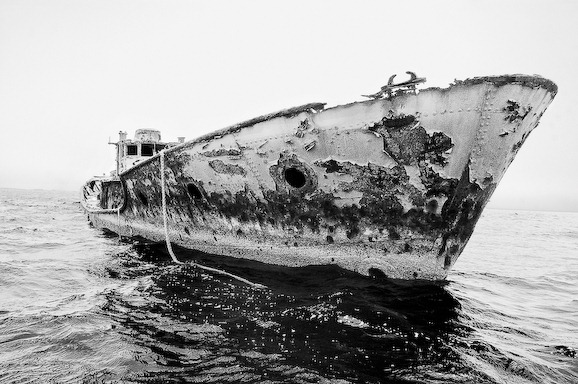 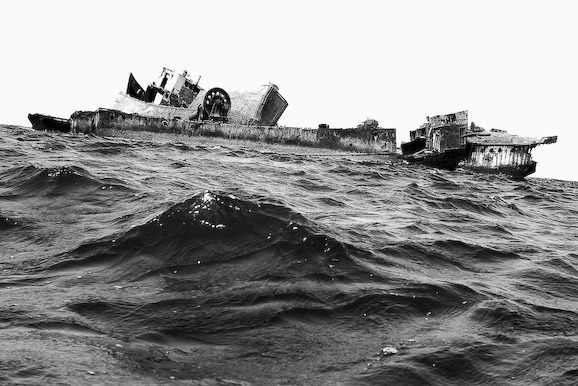 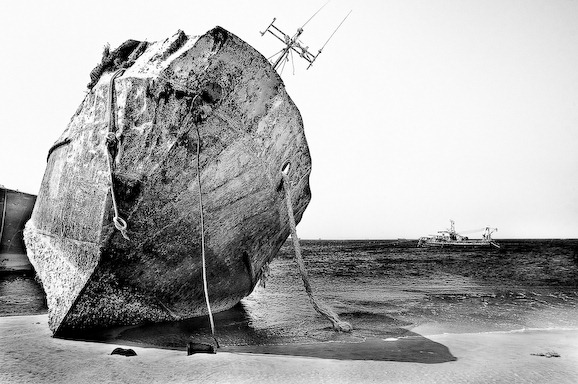 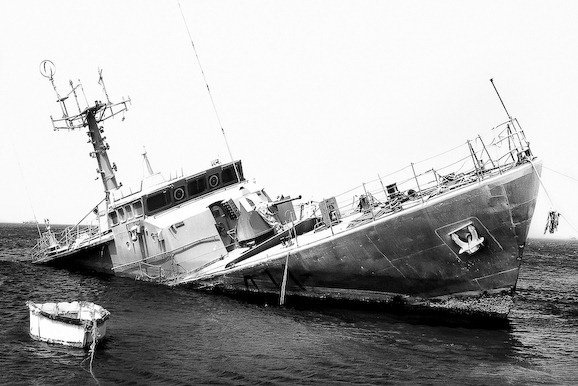 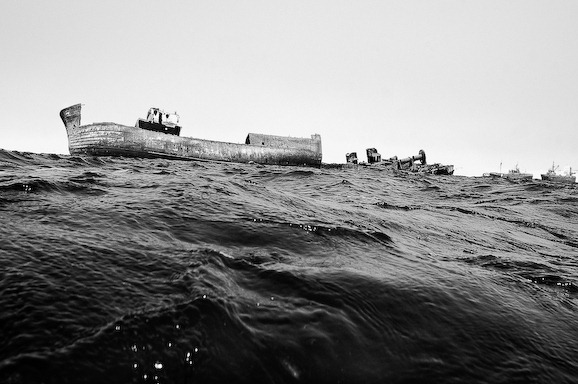 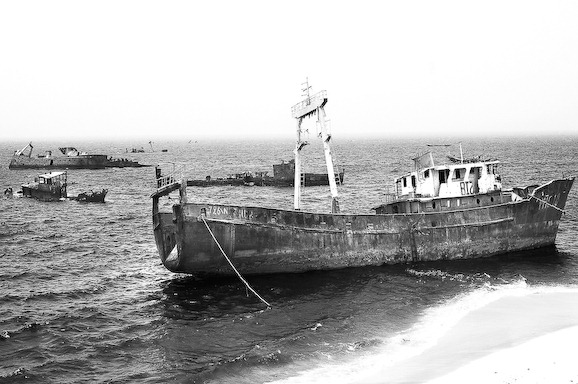 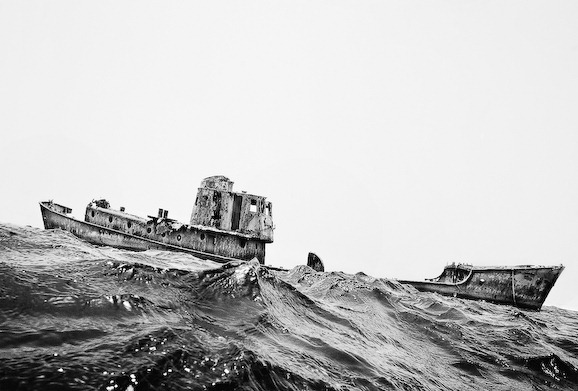 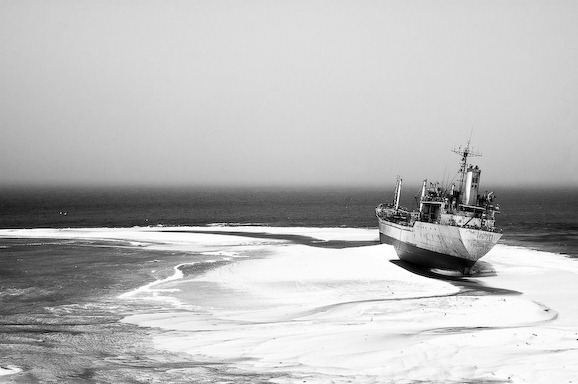