The BMW museum at Munich houses this spectacular sculpture. 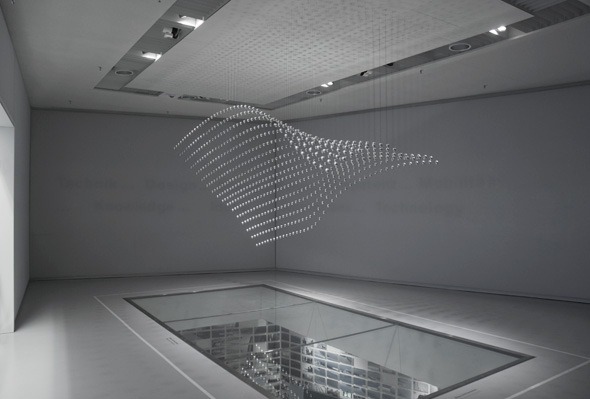 The installation consists of 714 metal spheres hanging from thin steel wires attached to individually controlled stepper motors. Covering a six-square-metre area, the spheres enact a seven-minute long mechatronic narrative, creating a representation of the form-finding process in different variations. Moving chaotically at first, the sculpture evolves into several competing forms and eventually resolves as a final shape, which hints at the outlines of well-known BMW automobiles such as the 327, the 1500, the Z4 coupé and the Mille Miglia 2006. The cycle is synchronised with a graphic light strip running around the walls and texts and audio quotes from senior BMW figures on the company’s values and design aims. 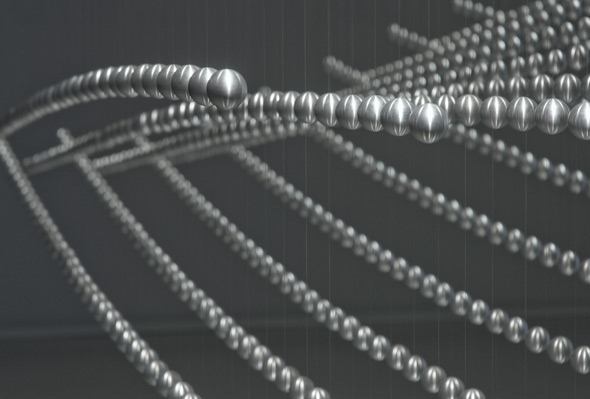 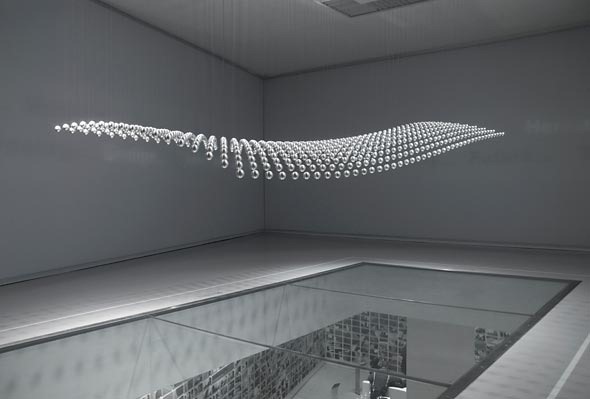 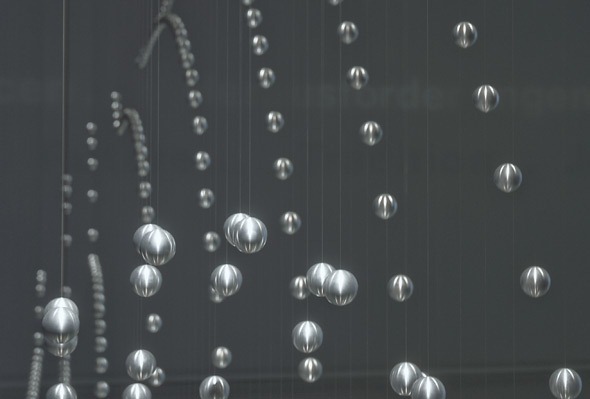 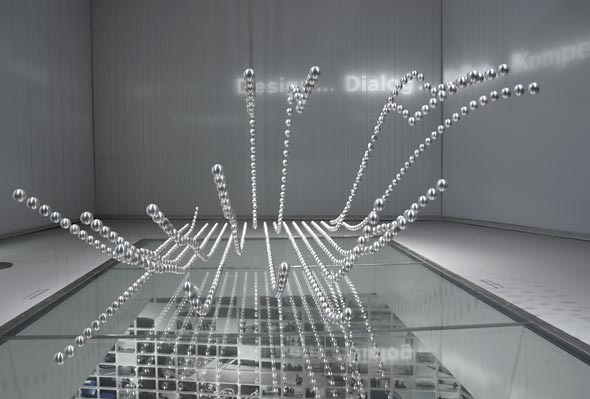 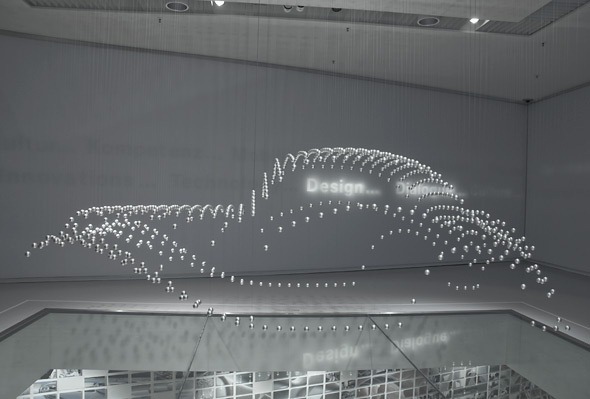 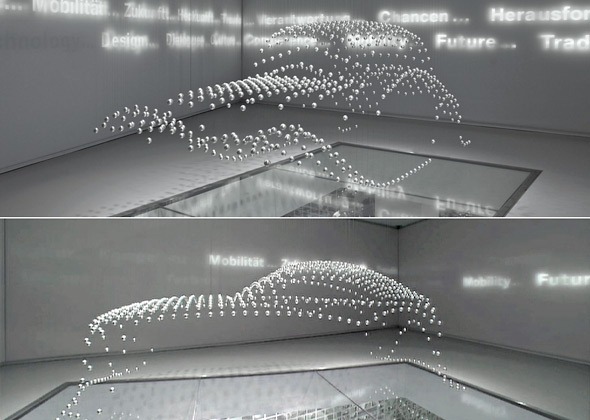