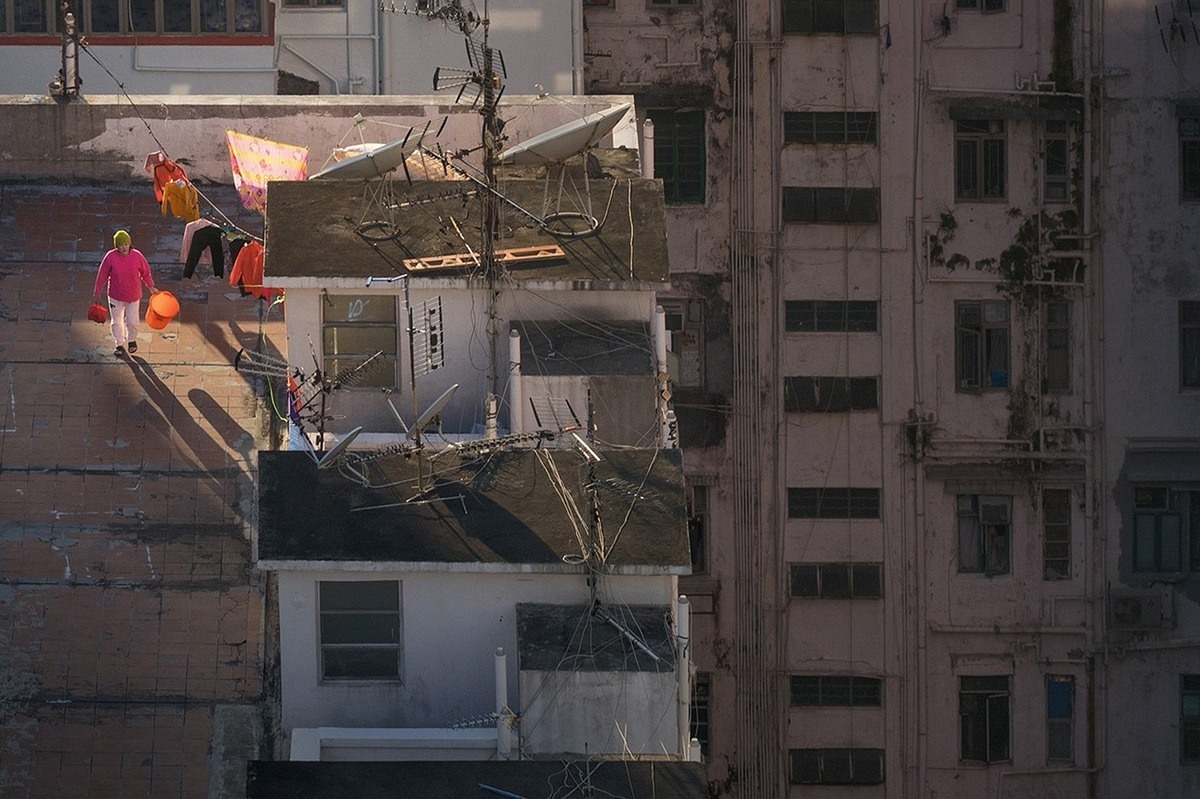 For over four years, photographer Romain Jacquet-Lagrèze has been training his lens on the rooftops of Hong Kong’s skyscrapers, in particular those aging buildings located in the very center of the city. These are the only buildings, unlike modern skyscrapers, where the rooftop is left unlocked and accessible by all inhabitants. Given the scarcity of space in a city of 7 million, these communal rooftops are like courtyards, but in the air.
“Hong Kong has more skyscrapers than any other city on earth: 7,044 buildings with more than 12 storeys,” writes Romain Jacquet-Lagrèze in his new book Concrete Stories. “That means, with few exceptions, if you’re standing on a roof, someone is peering down at you. But the rooftop promises a cloak of invisibility and we are eager to accept the lie. As a result, you see the most extraordinary things on Hong Kong’s rooftops. Or more precisely, you see things that are banal and domestic, but extraordinary in the way they are liberated from the self-consciousness that everyone feels in public.”
A woman hangs laundry on her sixth-storey terrace, one floor above the sparkling water of a swimming pool. A dog runs through a forest of potted plants. A skinny papaya tree grows improbably on the 15th floor of a grimy apartment block. A man does pushups, and another plays guitar in red boxer shorts.
Rooftops have always held a special place in Hong Kong’s history. As the city grew denser and more crowded after World War 2, they became a natural outlet for things that couldn’t be accommodated inside buildings. Schools held classes on the roofs, families built makeshift houses and grew vegetable beds. Rooftops hosted bars, parties and even film screenings. Rooftops also became veritable slums for thousands of illegal squatters who could afford a house. Some of these “villages in the sky” spanned entire city blocks.
Nowadays, these buildings are disappearing at a fast pace as the authorities are pulling them down in order to leave space to taller and more modern ones. Modern rooftops are often reserved for the occupants of top-floor apartments. Others are well secured and not accessible to any residents.
Romain Jacquet-Lagrèze’s photos from his book Concrete Stories will be on show at Hong Kong’s Blue Lotus Gallery until June 16, 2018. 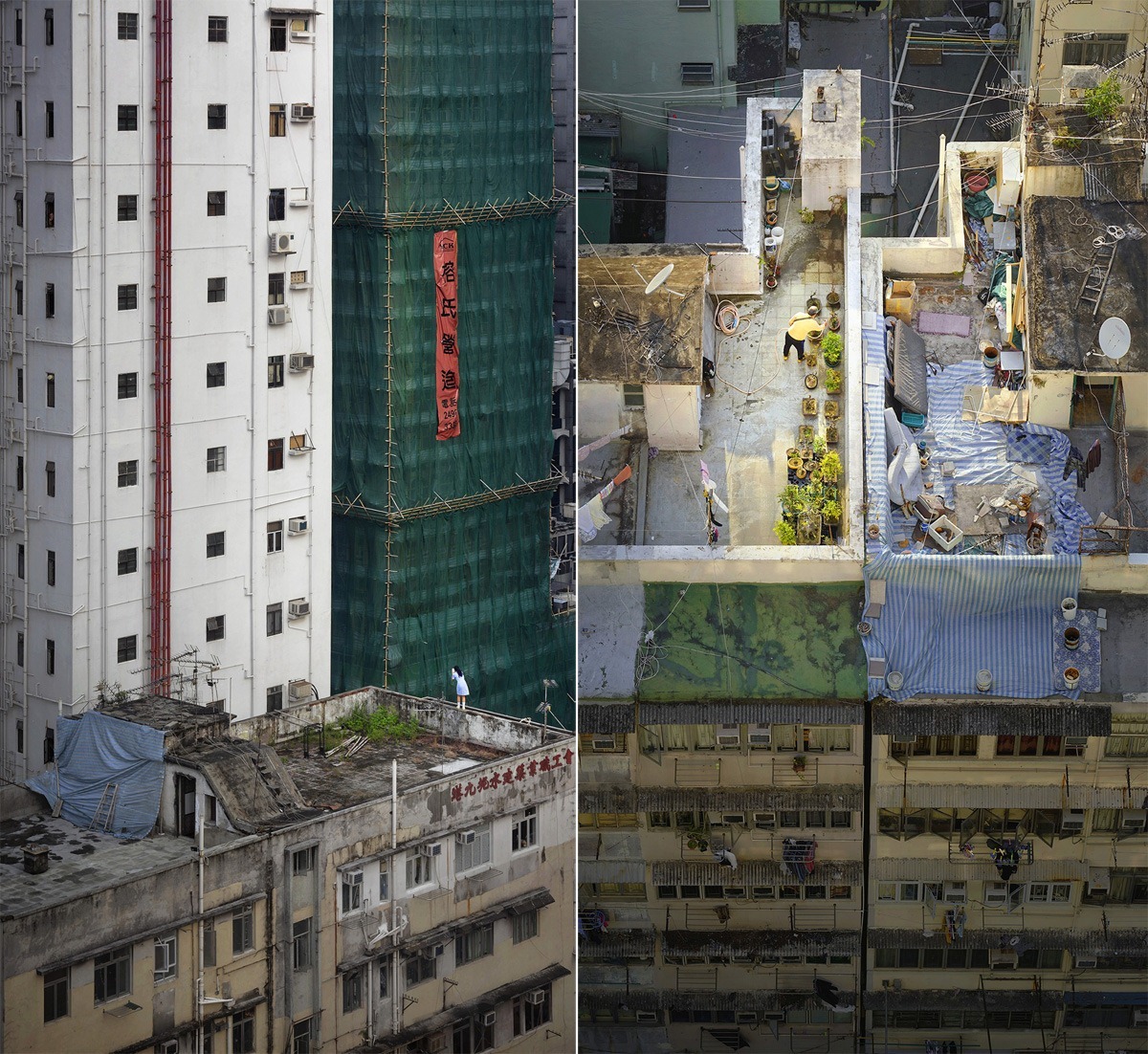 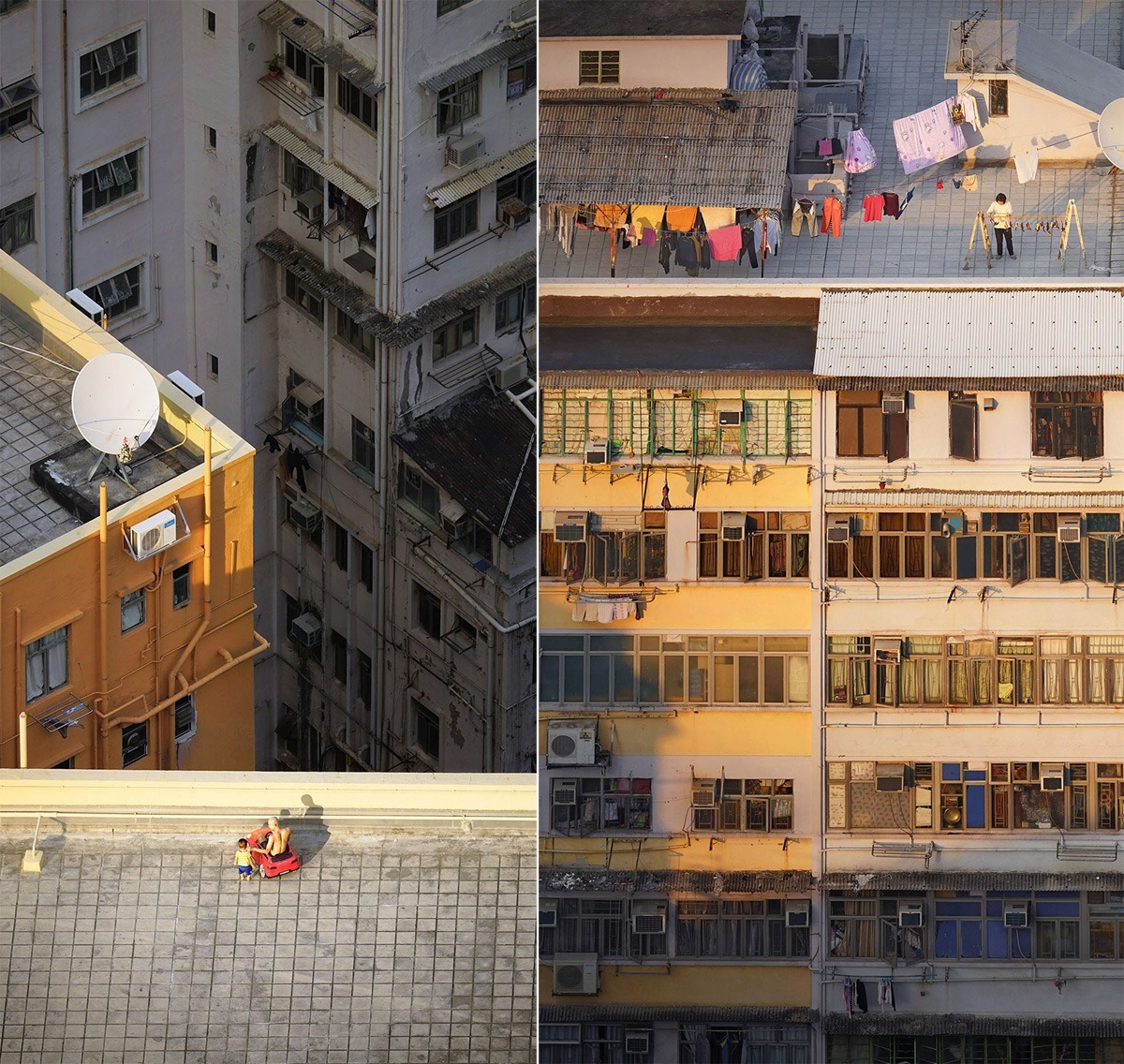 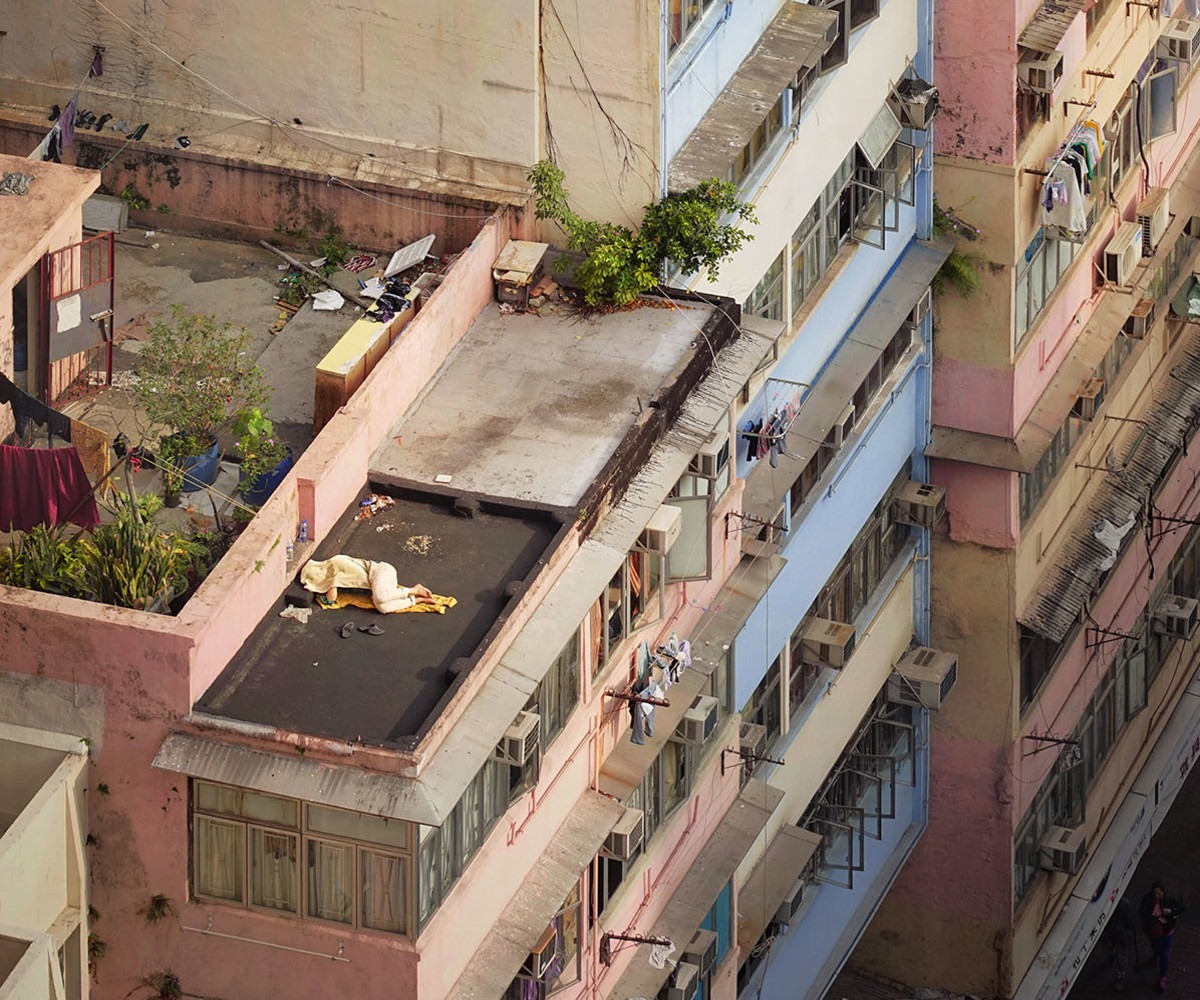 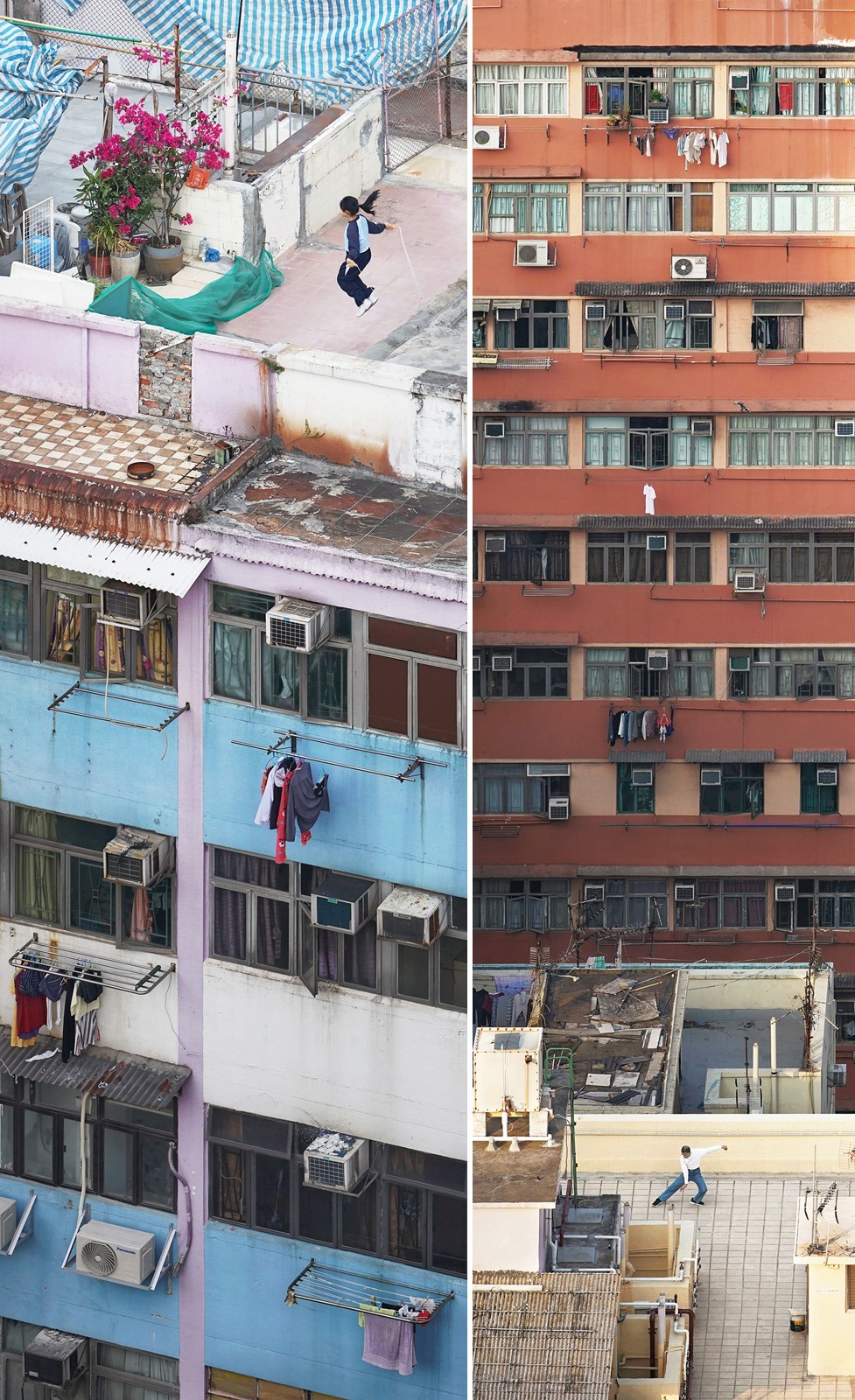 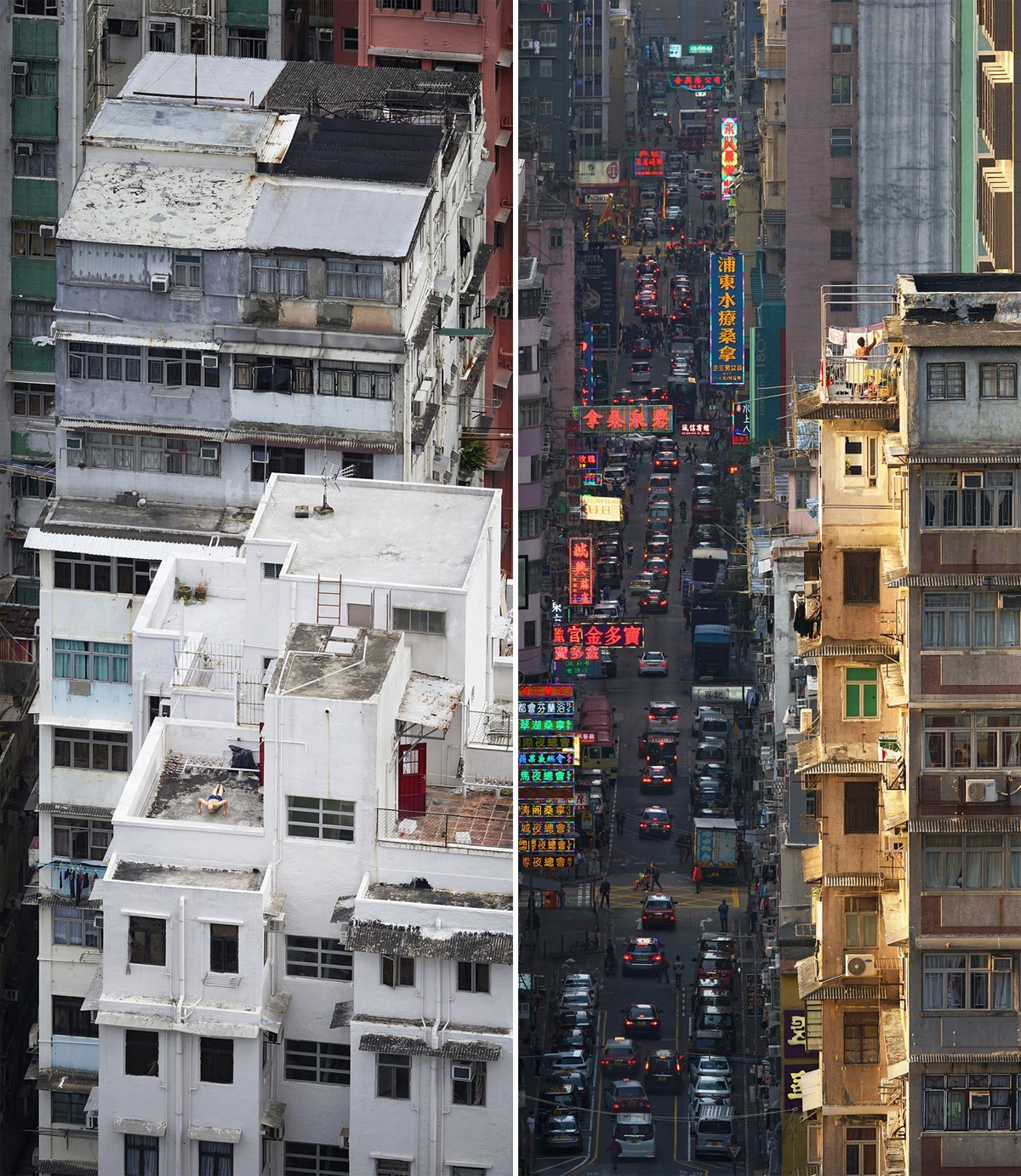 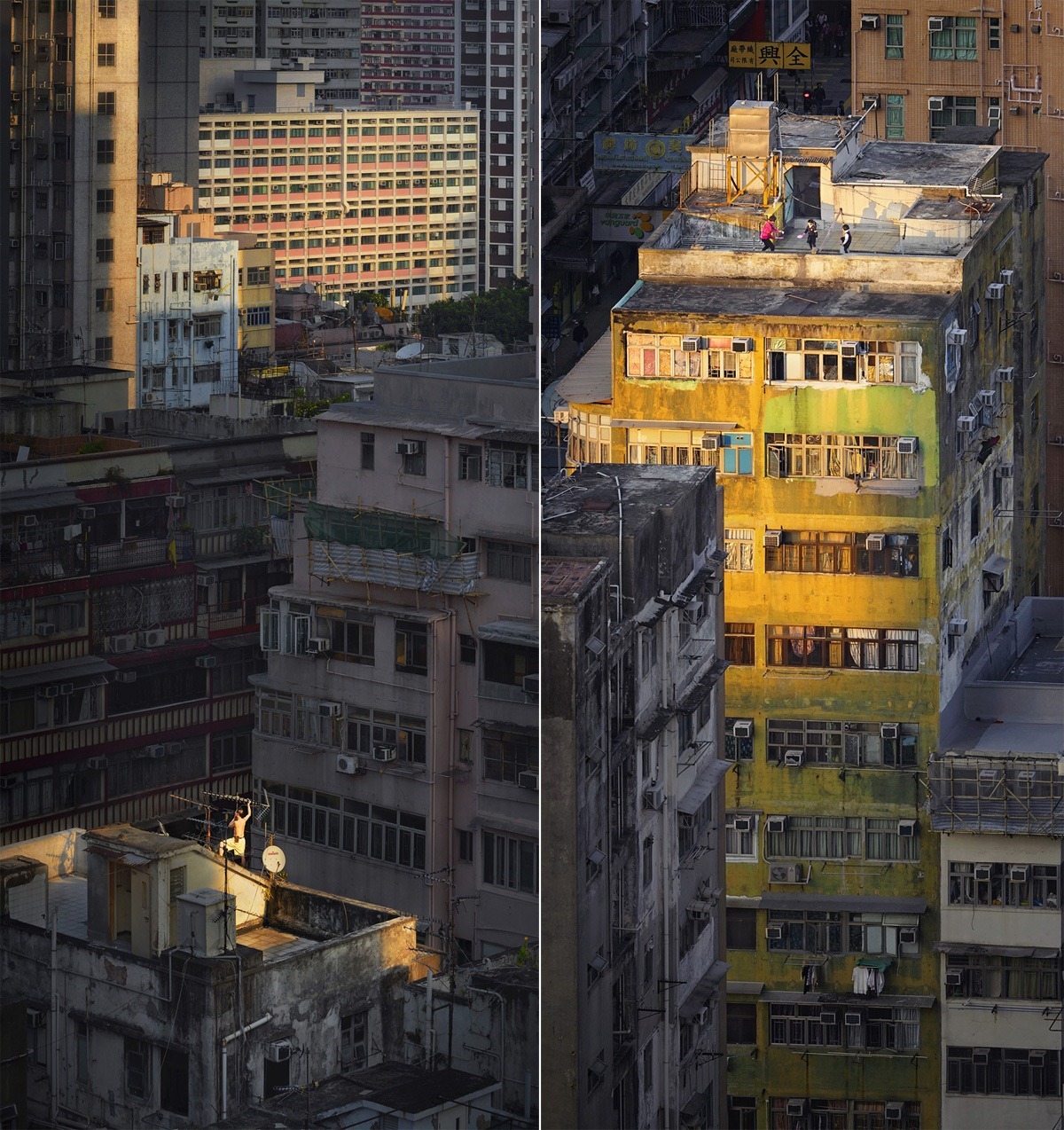 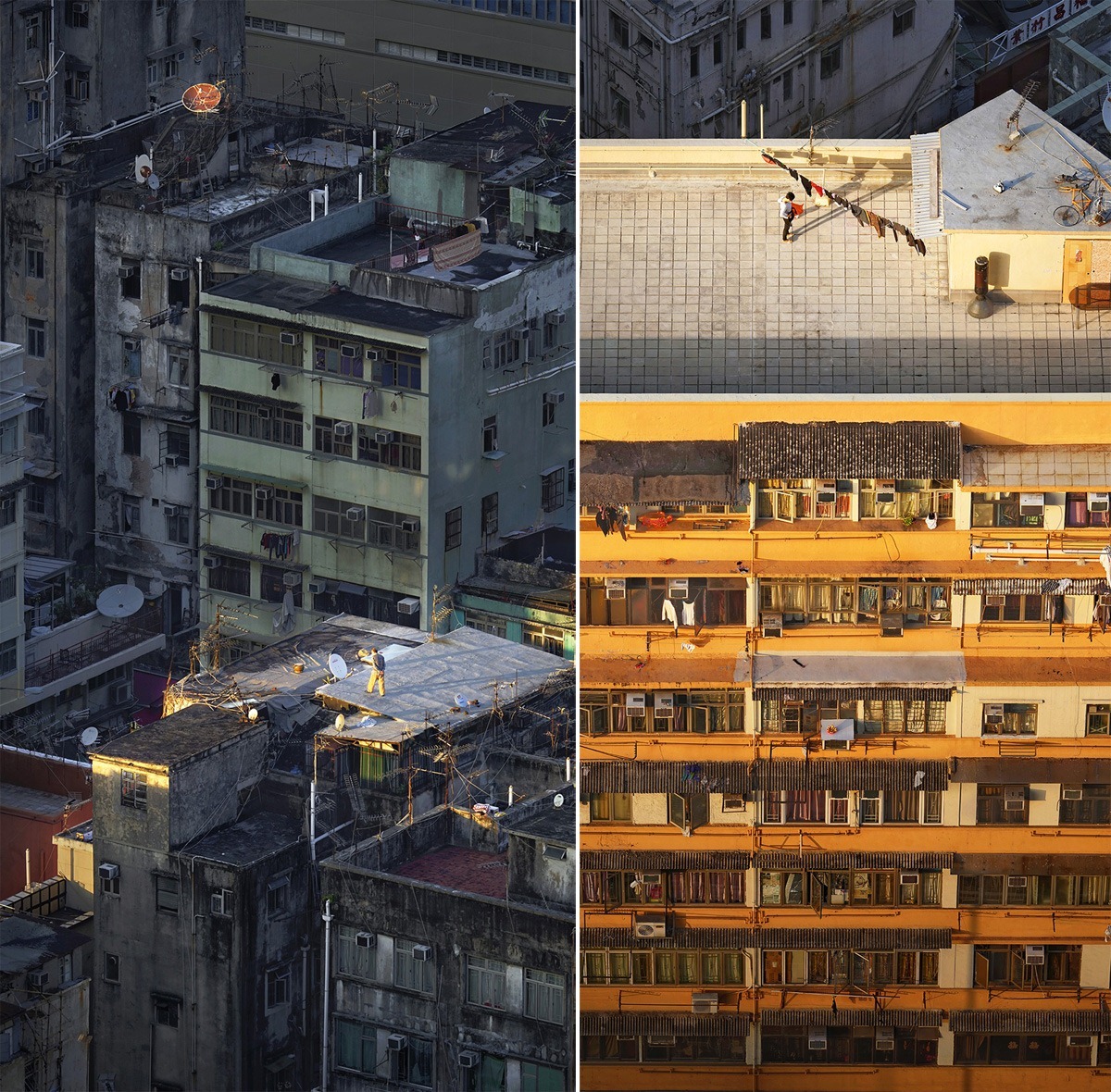