These weathered rocks in the village of Fabedougou, near Banfora, in south-western Burkina Faso resemble the sandstone towers of Bungle Bungle Range in Australia. But the Domes of Fabedougou have an entirely different origin.
While the Bungle Bungle Range is barely half a million years old, the sandstones comprising the Domes of Fabedougou are nearly 2 billion years old or Middle Proterozoic. Usually, a 2 billion year old rock would have been metamorphosed by the extreme heat and pressure generated by the dynamic nature of the Earth’s crust. But not the Domes of Fabedougou. Despite being that old, the sandstones have been barely metamorphosed and are surprisingly young looking. They are so well-preserved that some of these rocks even have ripples and dunes created by ancient water and wind flow. As the Earth Storynotes, these Domes are actually ancient sand dunes. 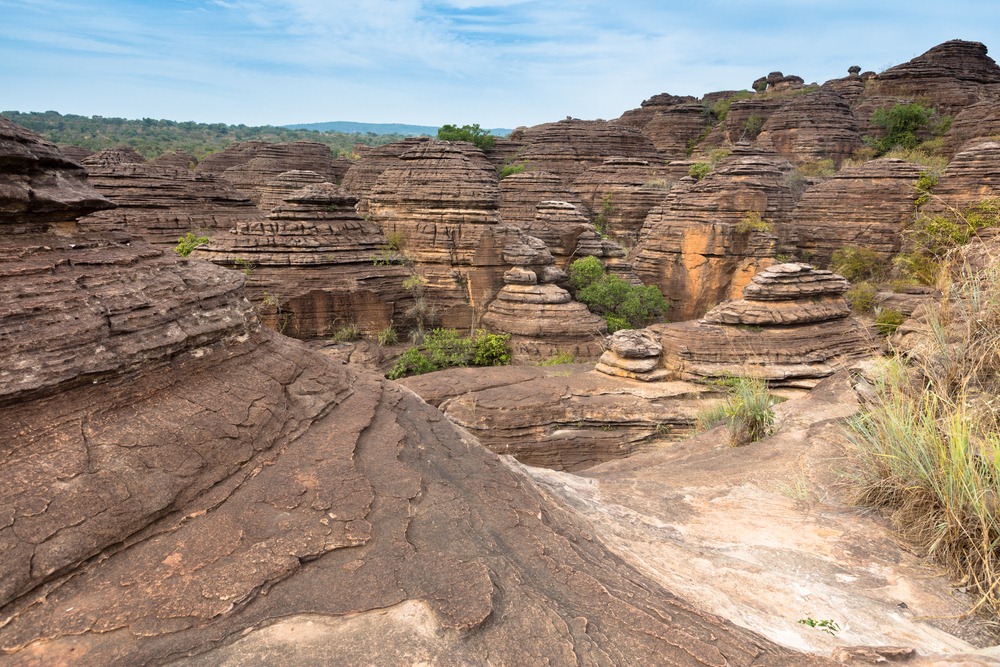 Domes of Fabedougou. Photo credit: Sviluppo/Shutterstock
This whole area was once under a big ocean packed with free-flowing sediments. Over time, the sediments settled down and compacted to form sedimentary rocks of different thickness. Through a process of weathering and fracturing these rocks were molded into domes and craggy fingers pointing skyward. Differential weathering gives the rocks their layered looked, with each layer weathering at a different rate depending upon their composition. 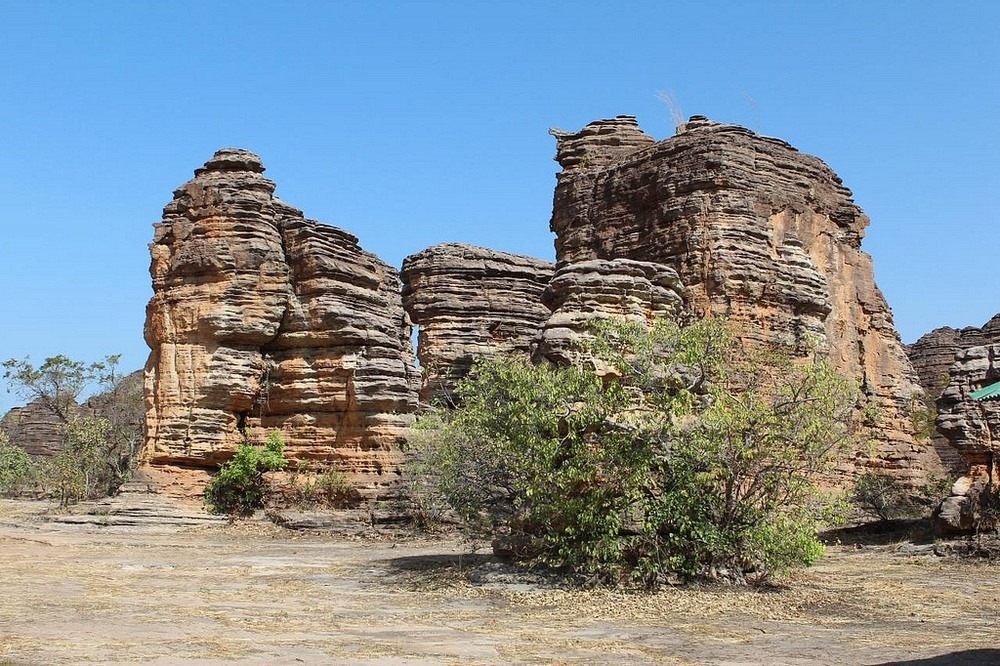 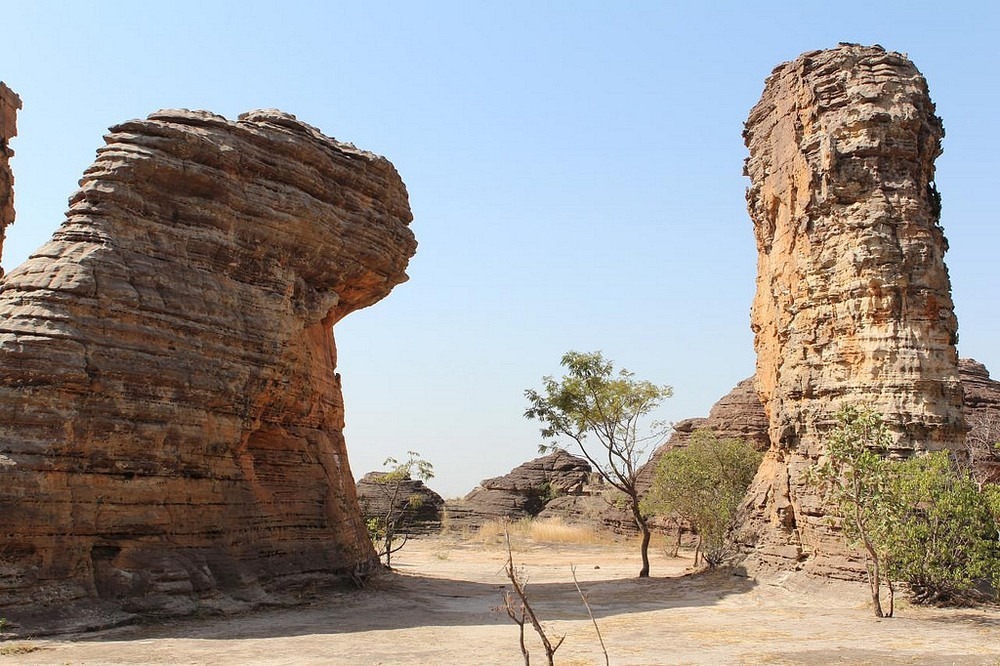 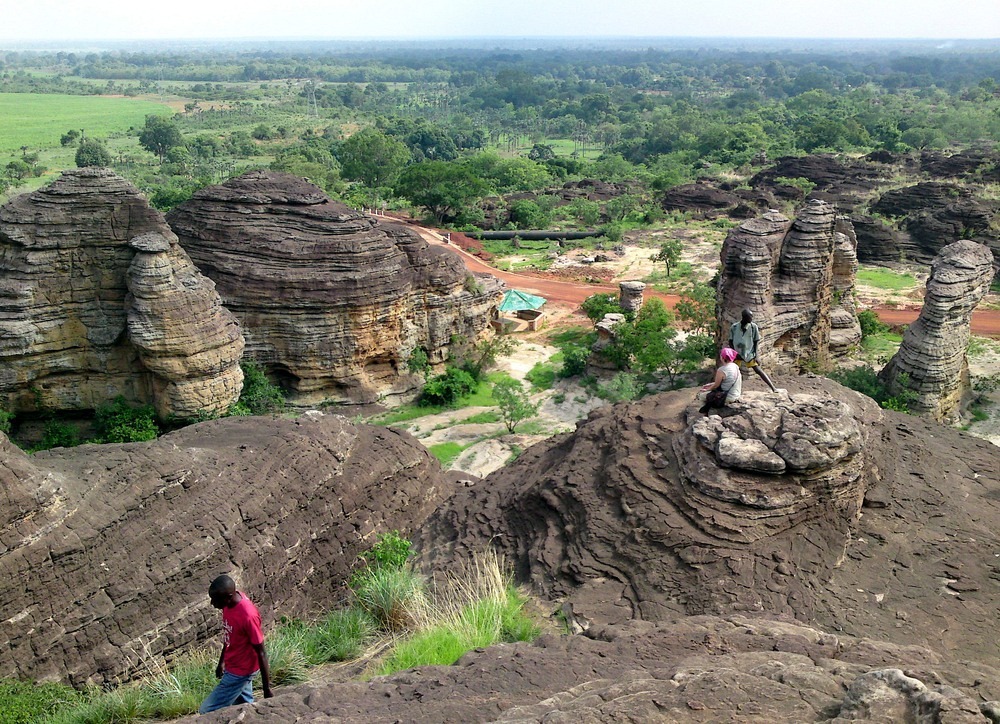 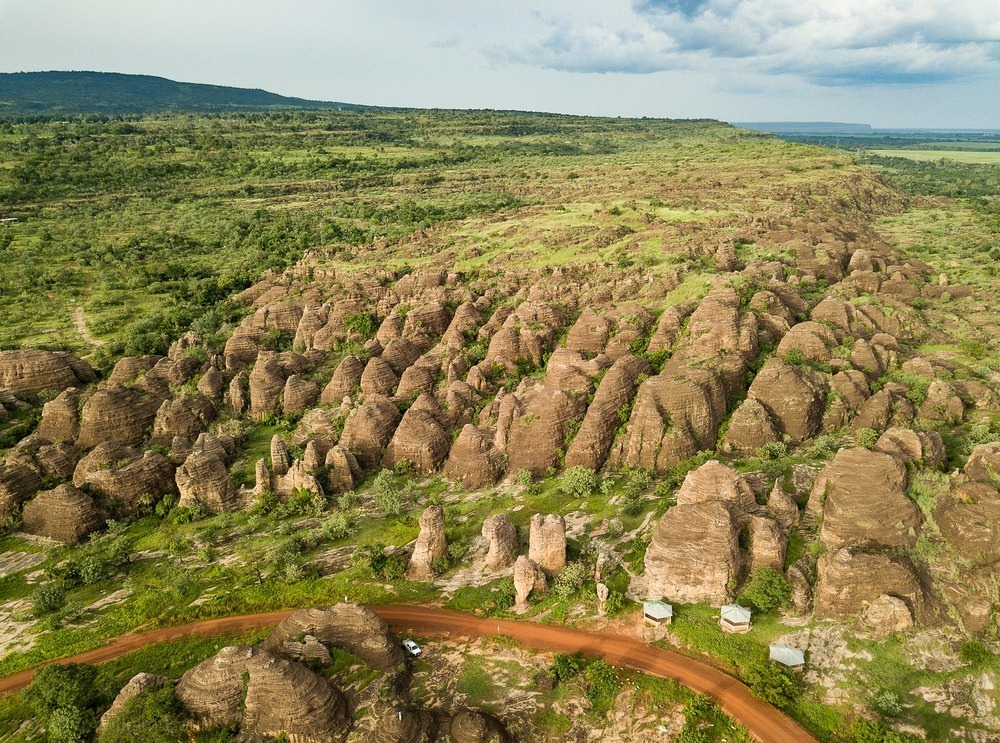 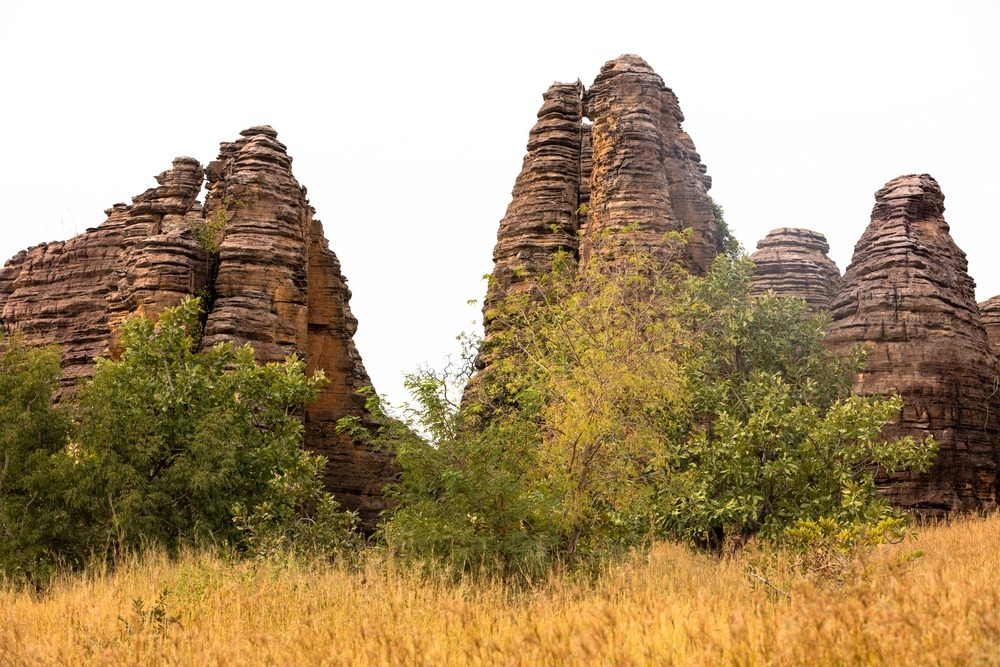