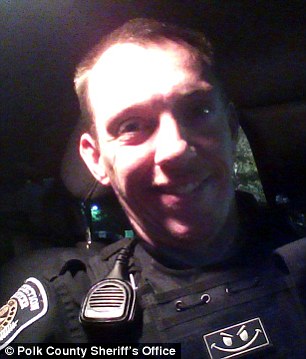 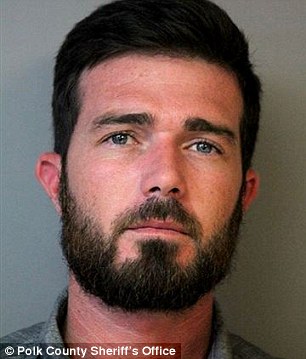 
An Uber driver in Florida claimed self-defense after he fatally shot a man who trailed his car and tried run him off the road, authorities said Wednesday.
The Polk County Sheriff’s Office is investigating the death early Tuesday of 34-year-old Jason Boek of Winter Haven, Florida.
“This is a classic stand-your-ground case,” said Sheriff Grady Judd, speaking at a news conference.
The sheriff’s office said an enraged Boek, believing his estranged girlfriend was the Uber’s passenger, aggressively trailed the car of 38-year-old driver Robert Westlake.
A dash camera video posted to YouTube by the sheriff shows Boek driving erratically and attempting to run Westlake off a central Florida road.
Once both vehicles were stopped, Boek got out of a large pickup truck and threatened to shoot the driver, according to the sheriff. Unknown to Boek, the Uber driver was a concealed-weapon permit holder and a recent police academy graduate.
The sheriff said Westlake fired one shot, striking Boek. The Uber driver then called authorities and attempted to revive Boek.
Authorities said Westlake has cooperated with police. Westlake did not know Boek, nor did the passenger. According to authorities, the passenger who had been drinking was escorted into the Uber by Boek’s on-and-off-again girlfriend.
Boek apparently mistakenly believed his estranged girlfriend was in the vehicle, Judd said. Boek threatened to assault both the passenger and the driver, according to text messages released by police.
Boek had an extensive criminal history, according to a news release issued by the Polk County Sheriff’s Office. He was on probation until June of 2021 for a 2016 felony battery charge. Police found a glass pipe containing methamphetamine residue inside the truck driven by Boek before the shooting.


“At the end of the day, the message is clear,” said Judd. “Don’t mess with the Uber driver.” 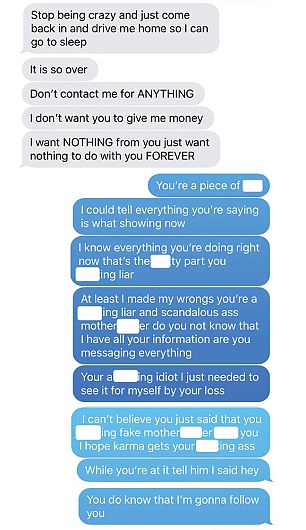 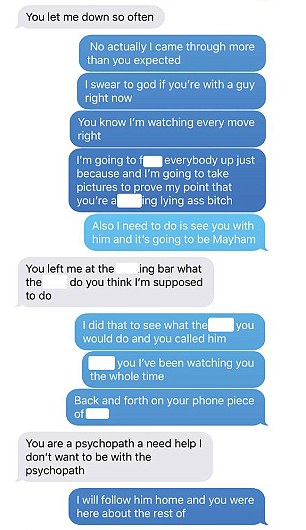 These are the texts Boek exchanged with his girlfriend as she sat in the bar and he sat outside She told him she needed a ride and he watched as she called the Uber, thinking it was for her when it was for the other woman 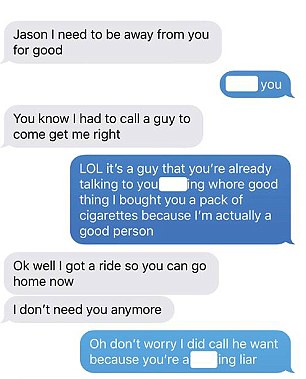 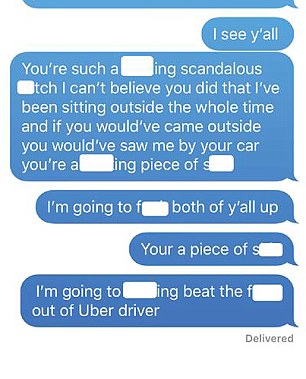 After watching the Uber driver arrive and seeing Jessica approach it, Boek texted: 'I'm going to f****** beat the f*** out of the Uber driver'. He then followed Westlake's car 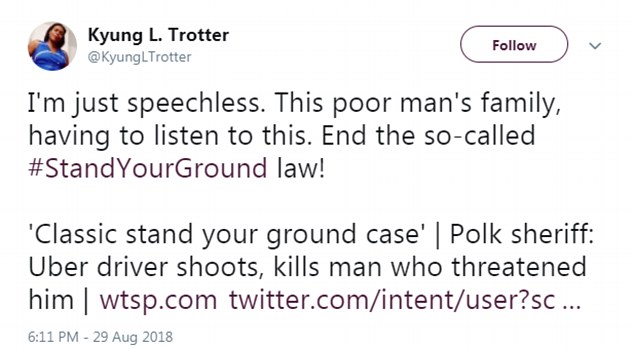 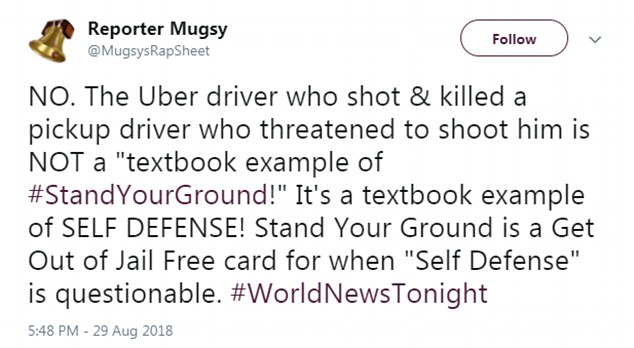 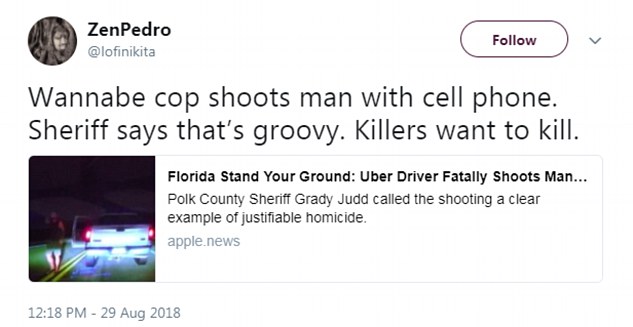 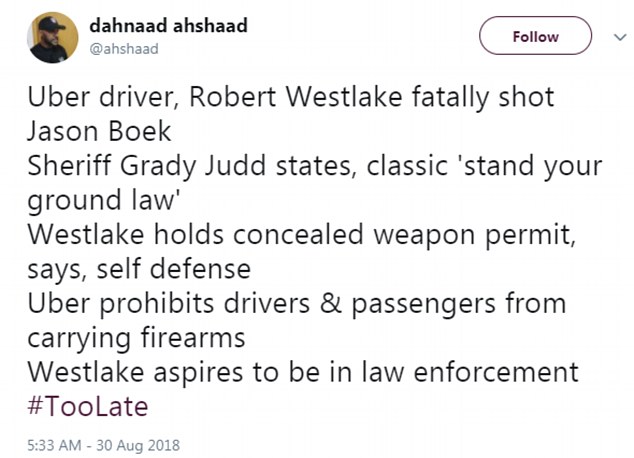