It's blimp war! Giant balloon of mayor Sadiq Khan in a yellow bikini to be flown over London in protest at 'Trump Baby' which depicted the president in a nappy during his visit to Britain

Sadiq Khan has allowed a giant balloon depicting himself wearing a bright yellow bikini to fly over London this weekend.
An activist has raised £58,000 to fly the blimp over Parliament in protest at the Mayor's decision to allow a giant balloon of Donald Trump as a baby to be flown during his visit to the UK.
Yanny Bruere, who describes himself as a “Brit” and “free speech advocate”, is behind the plans for the blimp. He is fronting a group called “Make London Safe Again” in reference to a surge in violent crime in London and Mr Trump's slogan "Make America Safe Again".
Mr Bruere has planned an event for Saturday, September 1, with a “beach party” at Parliament Square, which the 29ft blimp will float over.
The balloon version of Mr Khan will be wearing a bikini in response to the banning of a series of Protein World adverts, which had shown a woman in a yellow bikini with the slogan "are you beach body ready?", from public transport across London in 2016.
Mr Khan backed the advertisement being removed. 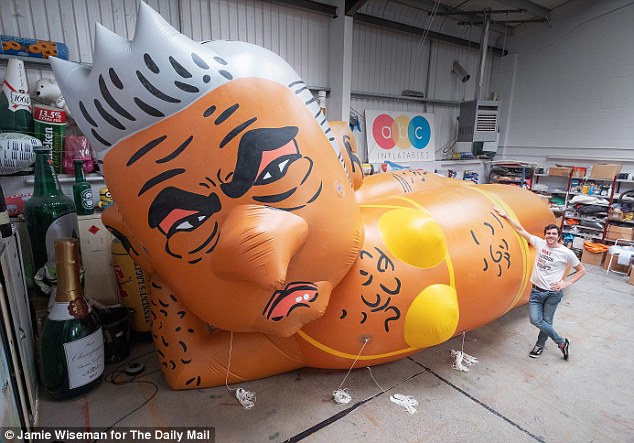 Yanny Bruere, 28, organiser of a 'Make London Safe Again' raised more than £58,000 online to pay for the bikini-clad blimp of Mayor Sadiq Khan following the furore over the 20ft balloon, dubbed 'Trump Baby'


City Hall and Mr Khan have given permission for the group to fly the balloon.
More than 600 people have said they will be in attendance at the event between 9.30am and 11.30am, with another 4,000 interested in going, at time of writing.
Mr Bruere said the idea came in light of the “baby Trump” balloon which was flown over the capital during his UK visit. 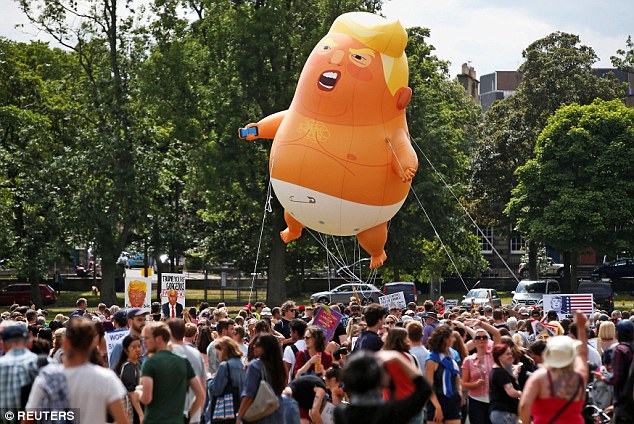 He said: 'I was just so irritated that Mr Khan took it upon himself to speak on behalf of the UK over the President's visit. Whatever anyone thinks of Mr Trump, he is still leader of the free world and should be accorded the respect of that position'

Mr Bruere,  said: “I was just so irritated that Mr Khan took it upon himself to speak on behalf of the UK over the President's visit.
“Whatever anyone thinks of Mr Trump, he is still leader of the free world and should be accorded the respect of that position, especially at such a critical time for the UK as we face separation from the EU.
“It feels like the Mayor of London prioritises personal enmity over the good of the country.
“He would never have given permission for that balloon if it ridiculed Barack Obama."
“That's what I wanted to put to the test, as well as providing a voice for those in despair at the crime statistics in the capital since Khan took charge.
“But he couldn't really turn this down when he'd made such a big deal of Trump." 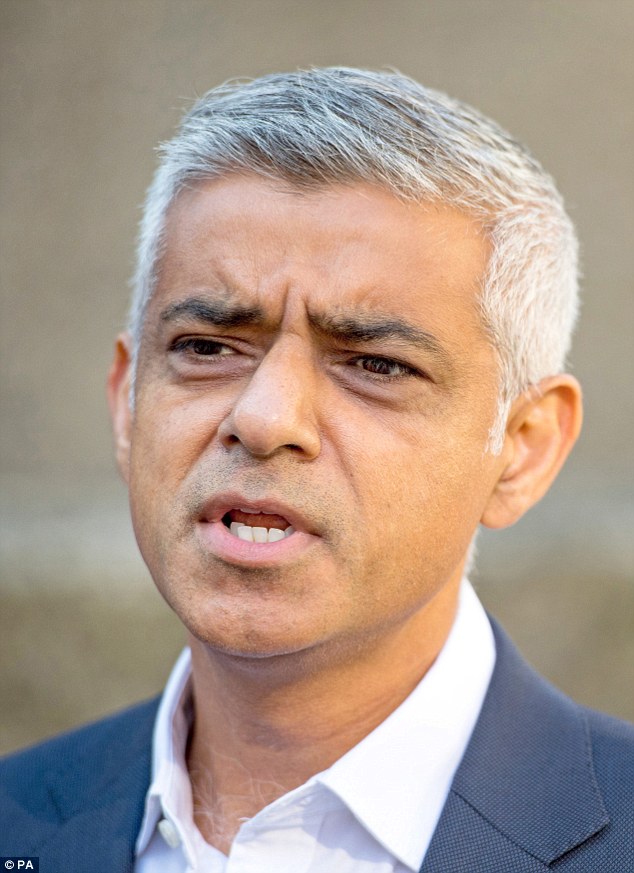 
On the crowdfunding page, the 28-year-old wrote: “In light of the Donald Trump 'Baby Trump' balloon being allowed to fly over London during his visit to the UK, let's get a 'baby Khan' one and see if FREE SPEECH applies to all and whether or not Mr Khan and the London assembly will also approve this.
“Under Sadiq Khan, we have seen crime sky rocket to unprecedented levels. People in London don't feel safe and they aren't safe, 81 murders this year alone! Khan Out.”
Others online have supported the idea calling it “brilliant”, while others have said it is a “waste of money”
A spokesman for the Mayor of London said: “The City Hall ‘city operations’ team has spoken with the organisers of this balloon and given permission for them to use Parliament Square Garden.
"As always, City Hall has been working in very close coordination with the Metropolitan Police and other key agencies to ensure this protest is able to be carried out in a safe and secure way."