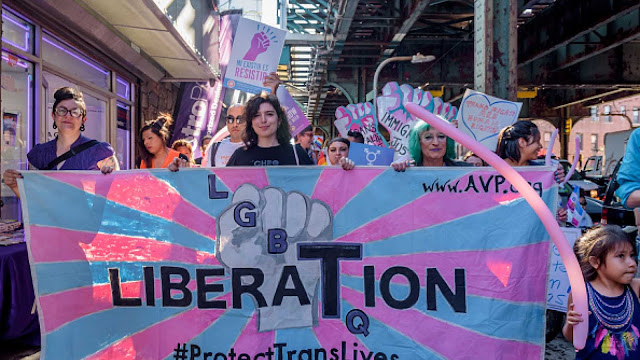 After a complaint was launched, reportedly by trans activists, Brown University suddenly withdrew a press release touting a research study from its own researcher about children who experienced "rapid-onset gender dysphoria" for the first time when they were hanging around one or more friends who had become gender dysphoric and were transgender-identified. 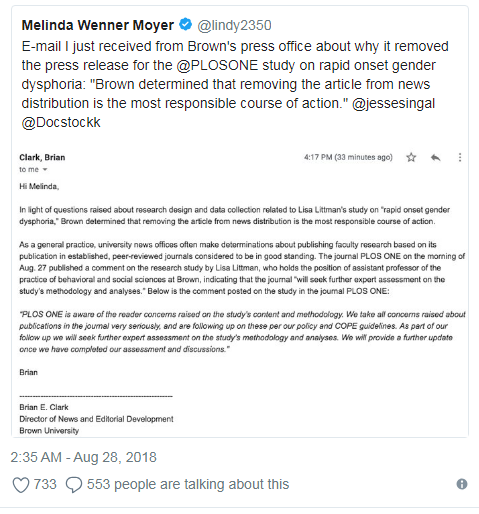 Brown had tweeted a link to the article on August 23:


A Brown University researcher has published the 1st study to empirically describe teens and young adults without symptoms of gender dysphoria during childhood, who rapidly developed gender dysphoria symptoms during or after puberty @LisaLllittman@PLOSONE https://t.co/11qK9KYpFX
— Brown Public Health (@HealthyBrown) August 23, 2018

The university later offered their explanation for removing the press release: 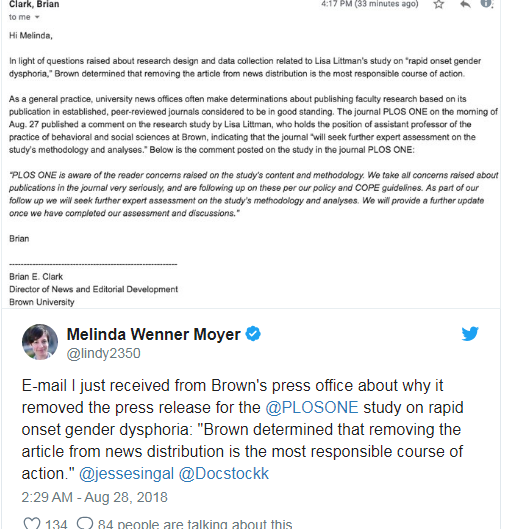 The abstract for the paper read:

In on-line forums, parents have been reporting that their children are experiencing what is described here as “rapid-onset gender dysphoria,” appearing for the first time during puberty or even after its completion. The onset of gender dysphoria seemed to occur in the context of belonging to a peer group where one, multiple, or even all of the friends have become gender dysphoric and transgender-identified during the same timeframe. Parents also report that their children exhibited an increase in social media/internet use prior to disclosure of a transgender identity. The purpose of this study was to document and explore these observations and describe the resulting presentation of gender dysphoria, which is inconsistent with existing research literature.

As The National Post noted, Littman received abuse for considering how peer pressure could be a factor in identifying as transgender:

Littman’s study, years in careful gestation, is receiving plaudits from longtime experts in the field of gender dysphoria, but also blowback from transactivists. In a telephone interview, Littman said she was not surprised at this, as any research findings to do with public health can arouse passionate response and ruffle the feathers of those invested in their belief system. She found reviewing Reddit, SubReddit and Tumblr comments very troubling. Disparagement of heterosexuals and “cisgenders” is rife. Contempt for parents is encouraged. Feelings of victimhood are promoted. These echo chambers can be harmful, Littman says, “because teens are encouraged to cut themselves off from their nurturing support systems.”

Twitter took Brown University to task for its actions: 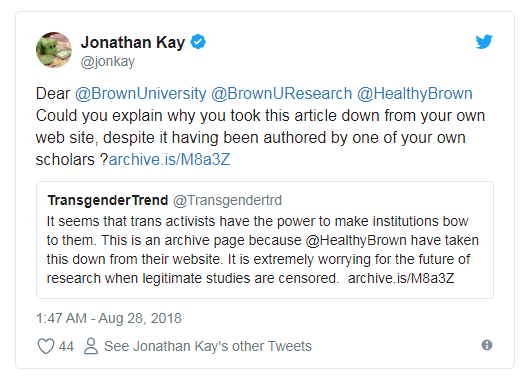 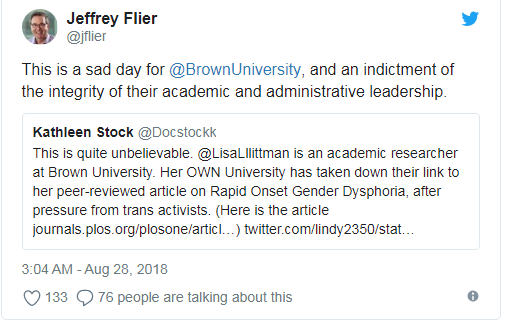 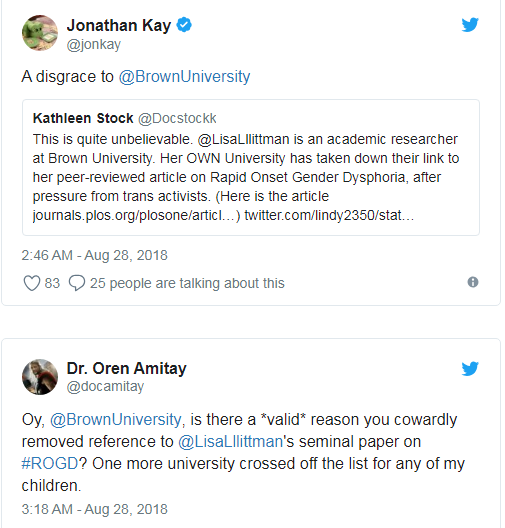