Double rapist, 27, joins TINDER claiming he is a 'easy-going guy looking for the same' after being released from prison for attacking a student 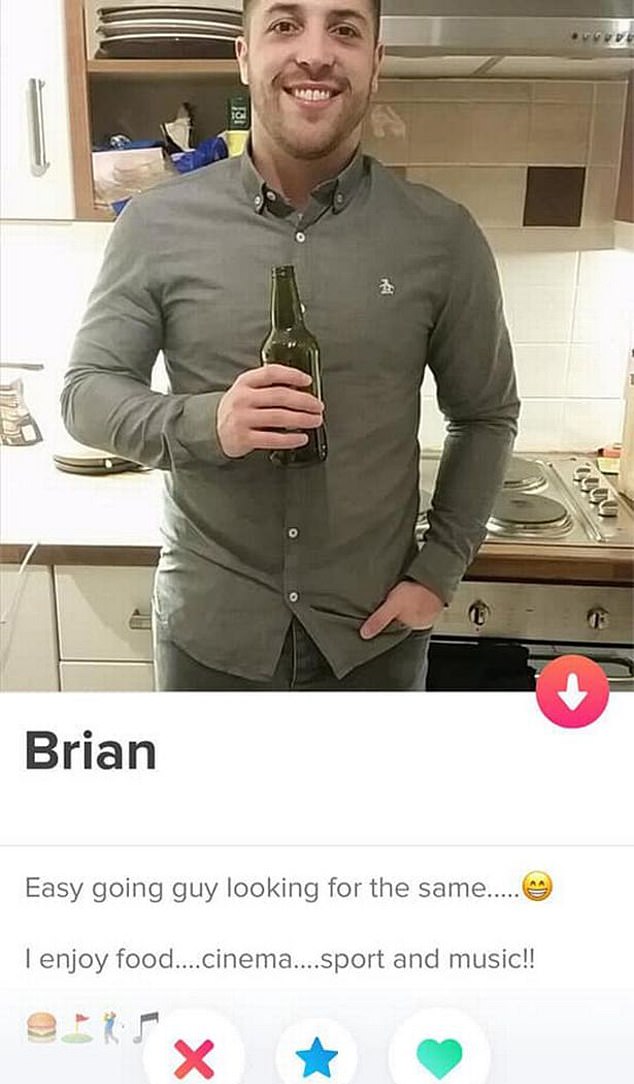 A double rapist has set up a Tinder profile calling himself an 'easy-going guy' after being released from prison.
Brian Davey, 27, from Bangor in Northern Ireland, is using the dating app to hook up with women despite being found guilty of rape and sexual assault.
The news led to an outcry from the father of one of his victims, who said he was 'almost sick' when he saw the profile.
The rapist, whose original release date is believed to have been next September, says he likes 'food, cinema, sport and music', reported the Belfast Telegraph.
Davey, the son of a police officer, was found guilty of raping a student and jailed for three years at Belfast Crown Court in 2013.
He sexually assaulted a teenager after being released from prison three years later.
Her father, who cannot be identified for legal reasons, reacted with horror after seeing Davey's Tinder profile.
'His is a face I will never forget,' he said. 'When I was told what he had done to my daughter, it took six men to hold me back and calm me down.
'I believe Brian Davey is a dangerous man.
'He is convincing, conniving and on the surface very charming, a man who still claims despite all his convictions that he has never done anything wrong.'
During the first attack, Davey invited himself into his victim's home, where his advances were rejected.
The woman went to the toilet, where she texted her housemate saying: 'I'm sacred of this creep.'
Later she woke to find Davey performing oral sex on her before pushing her down and raping her.
He assaulted her another time while she was 'crying and begging him to stop'.
Davey was imprisoned against in 2017 for breaking his licence conditions and later found guilty of sexually assaulting a teenager. He was released on October 5.