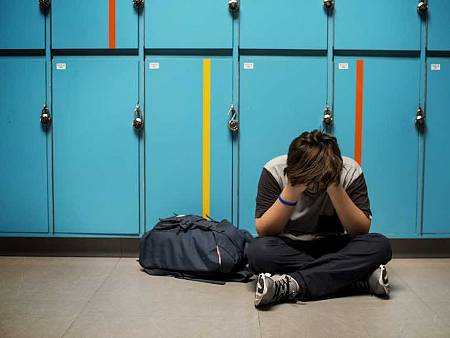 Seneca Valley School District in Pittsburgh, Pennsylvania is facing a lawsuit from a former male student who was forced out of school—and investigated for sexual assault—due to a series of false accusations made by female students.
The girls—dubbed "mean girls" in the lawsuit, a reference to the 2004 Lindsay Lohan film—admitted on tape that they made up the assault story. One said, "I just don't like him" and "[I] would do anything to get him expelled," according to The Toronto Sun.
The false allegations were life-derailing for the accused, who is referred to as "T.F." in the lawsuit. On October 3, 2017, one of the girls told other students that T.F. had sexually assaulted her at a pool; a Seneca Valley guidance counselor overheard the accusation, and reported it to Childline, the state's child abuse prevention agency, as required by law. T.F. was swiftly charged with indecent assault and harassment, and received six months of probation as part of a plea deal.
Months later, in March of 2018, T.F. was again falsely accused, according to the lawsuit. Another girl invited him over to a house party; a few days later, she told the school guidance counselor that T.F. had broken into her home and sexually assaulted her. The lawsuit claims she was coached by T.F.'s first accuser. As a result of this accusation, T.F. was charged with assault and criminal trespassing. He was removed from school in leg and wrist shackles, and spent 9 days in juvenile detention.
The lawsuit elaborates on a number of other indignities T.F. suffered:

He was released on house arrest on April 18, 2018, with an ankle monitor, and specific instructions from [Juvenile Probation Officer] Michael Trego that he could not tell people about the ankle device, and he could not wear shorts or other clothing that revealed the ankle device, even though it was during some of the hottest days of summer. He was not permitted to have any visitors, phone, or internet access, and could not leave the house except for therapy, which he requires to deal with the psychological trauma he suffered, and to attend church. After 28 days, he was allowed outside the house only to mow his lawn, which he had to do in long pants regardless of the temperature. He was unable to play during most of the high school baseball season and was told by the Athletic Director that she was not sure he could play baseball because every time he was wearing a Seneca Valley jersey, he was representing the school. T.F. was unable to play baseball or work at his summer jobs for part of the summer.

By the end of the summer, the conspiracy against T.F. was unmasked: other students came forward with Snapchat messages that contradicted the claims of the "mean girls," who eventually admitted to lying. All charges against T.F. were dropped.
But T.F.'s family is understandably distraught that the girls have suffered no consequences: neither the police nor the school district have taken any action against them, according to the lawsuit. And so the family is pursuing legal action against the girls' parents, the school district, and the district attorney.
T.F's attorney, Craig Fishman, did not respond to a request for comment, but he told Penn Live that his client "was basically being tortured in school by the other students and investigators, but the administration was only focused on protecting the girls who were lying."
In a statement, a spokesperson for the school district said that privacy laws prevented officials from commenting on specific details of the lawsuit, but that they believe it is "without merit."
"We have followed all applicable laws, and we will vigorously defend ourselves throughout the process," the statement read.
On Monday, School Board President Jim Nickel said that "there is quite a bit of misinformation and misperception out there."
"Just because something is contained in a lawsuit complaint does not mean that it's fact," he said.
From the school's perspective, it had no choice but to involve Childline when it learned about a possible sexual assault. And school officials can't punish any of the female students for their bad behavior outside of school.
These are valid points, and it may very well be that the school did everything it was required to do.