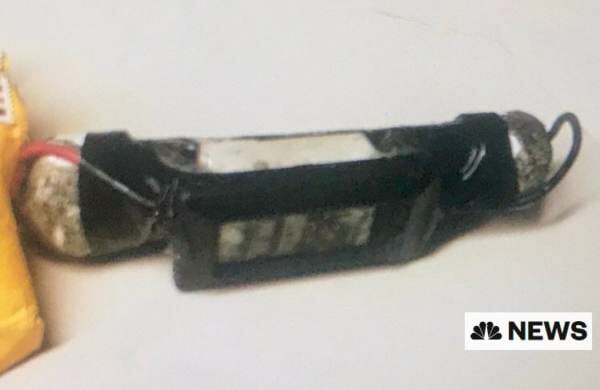 Several mail bombs were sent to Democrat leaders Wednesday–none of which detonated.

The Secret Service announced that suspicious packages were sent to Barack Obama and Hillary Clinton.
George Soros, NY Governor Cuomo, former AG Eric Holder, Rep. Maxine Waters were also sent mail bombs.
The return address name on the suspicious packages sent to Clinton, Obama, Holder and Maxine Waters belonged to Rep. Debbie Wasserman Schultz.
None of the bombs detonated which is a “huge clue” according to federal agents working on a theory.
Investigative journalist Adam Housley spoke to federal agents who said the fact that none of the bombs detonated is more significant that people may realize.
HOUSLEY: Federal agents say they are working on the theory that it’s one group, or one person. Also…the fact that none of them detonated is more significant than people may realize. I am told that’s a “huge clue”. 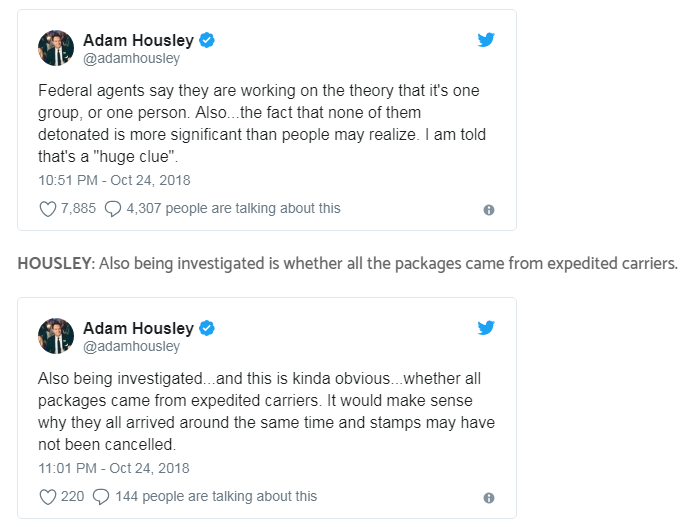 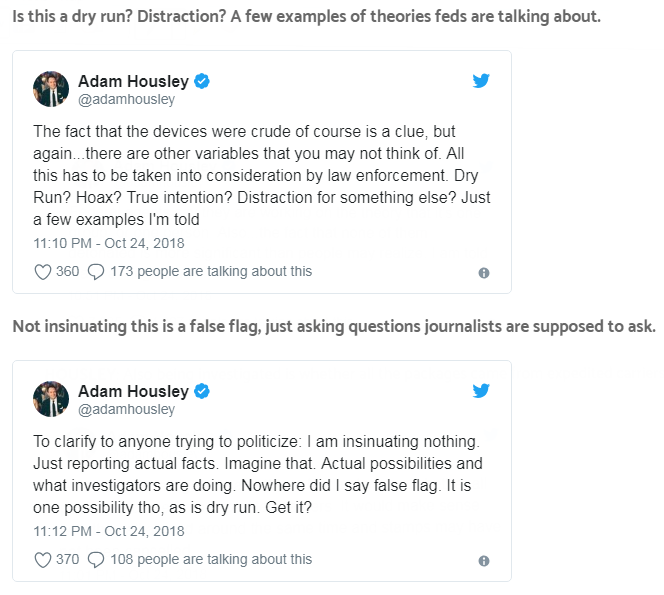 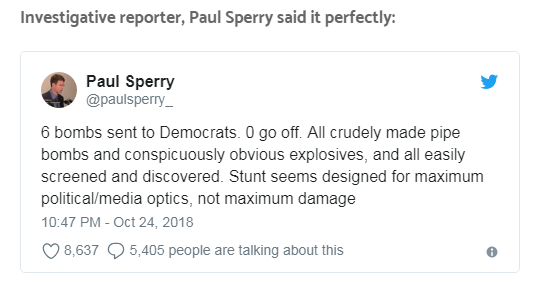 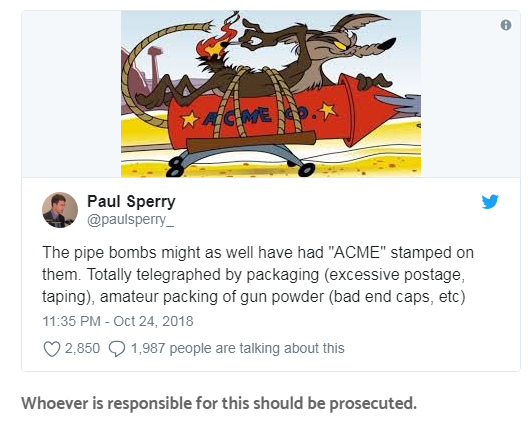 If the FBI tells us there are no forensics to track and yet the bombs were amateurish, this is a set up. Someone who makes amateur bombs can’t professionally scrub any sort of leads away from the devices and packages. 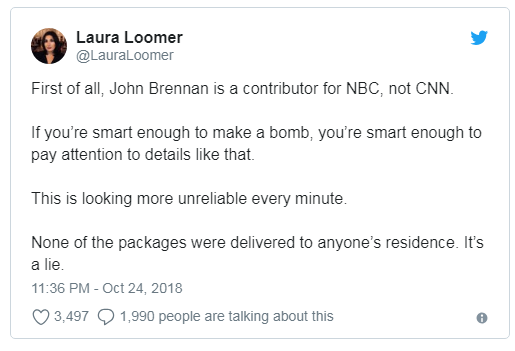