Japan Now Has The World's Most Powerful Passport (PIC)

Japan now has the most powerful passport on the planet, a key to visa-free travel to more destinations than Singapore and Germany, according to the 2018 Henley Passport Index.
Japanese citizens recently gained visa-free access to Myanmar, bumping their access to visa-free or visa-on-arrival destinations to 190. Singapore's passport, which once held the index's top spot, has access to 189.
Tied for third: Germany, South Korea and France.
The United States passport fell to the fifth slot with 186 locations, behind Denmark, Finland, Italy, Sweden and Spain. The US and the UK, now also in fifth, were both the most powerful passports in 2015.
The United Arab Emirates jumped the most spots on the list in recent years, rising from a ranking of 62 in 2006 to now 21. An UAE passport allows travel to 161 locations.
The Henley Passport Index ranks the travel documents based on data from the International Air Transport Association, a trade association of international airlines. Henley & Partners, a London-based residence and citizenship planning firm, formally announces rankings annually. But, the Index is updated in real-time, reflecting current visa-policy changes. 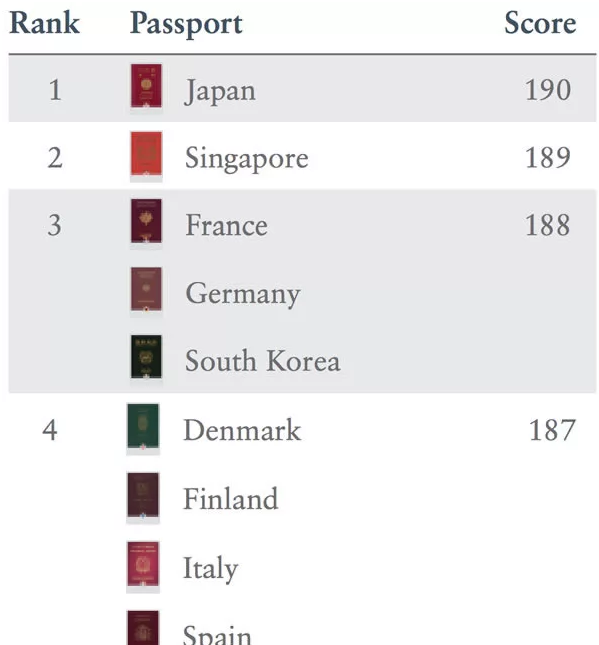 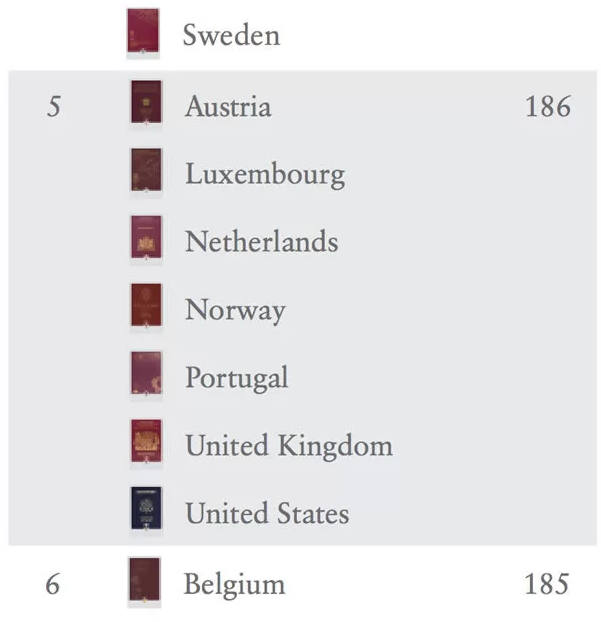 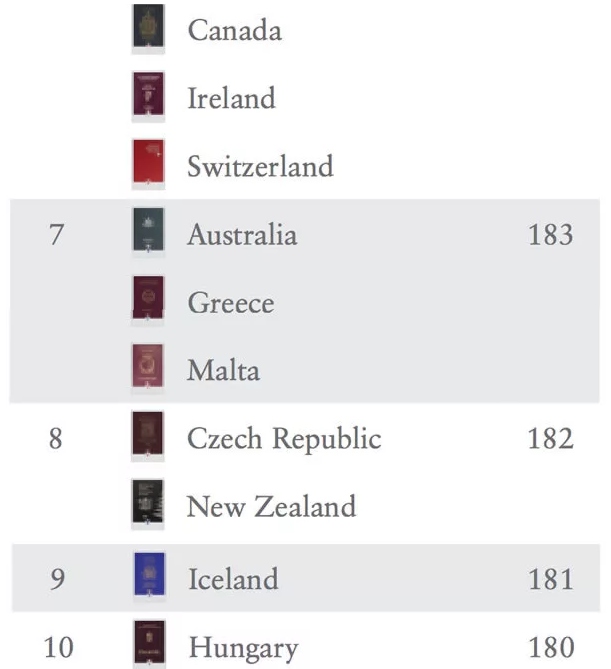 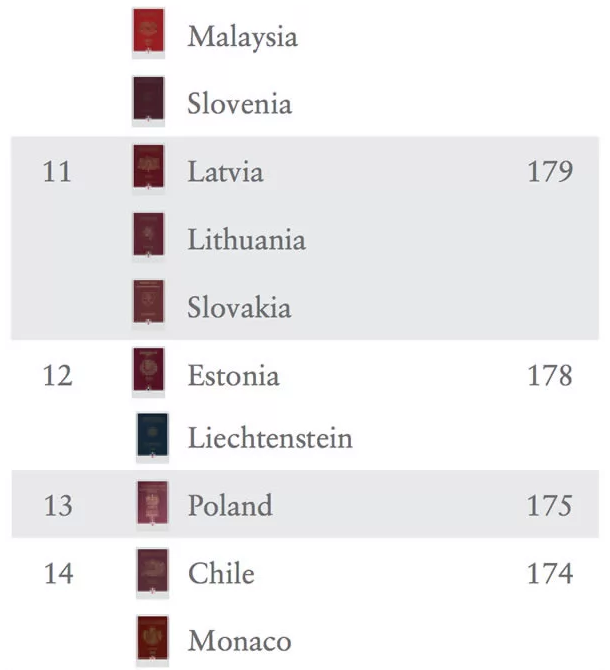 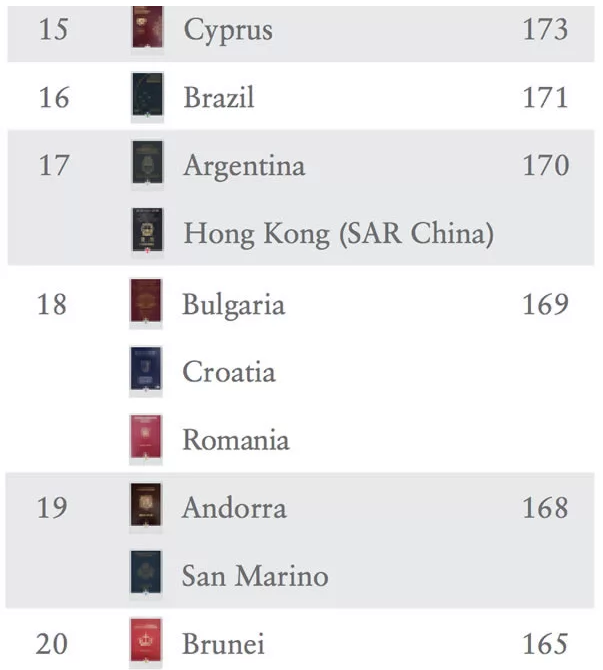 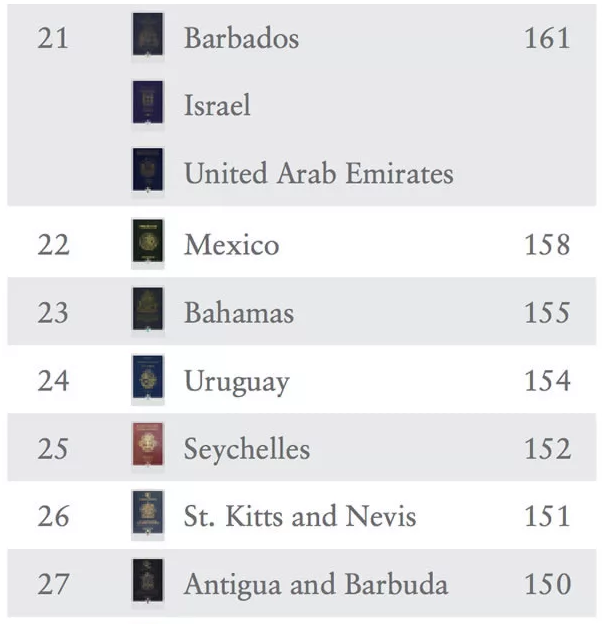 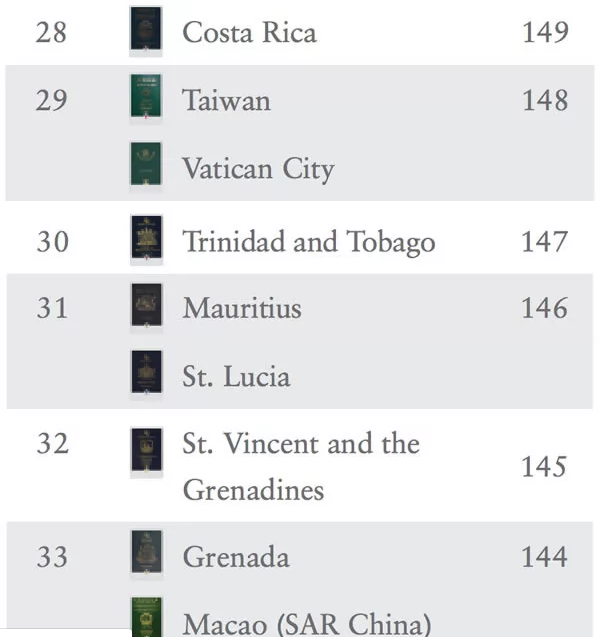 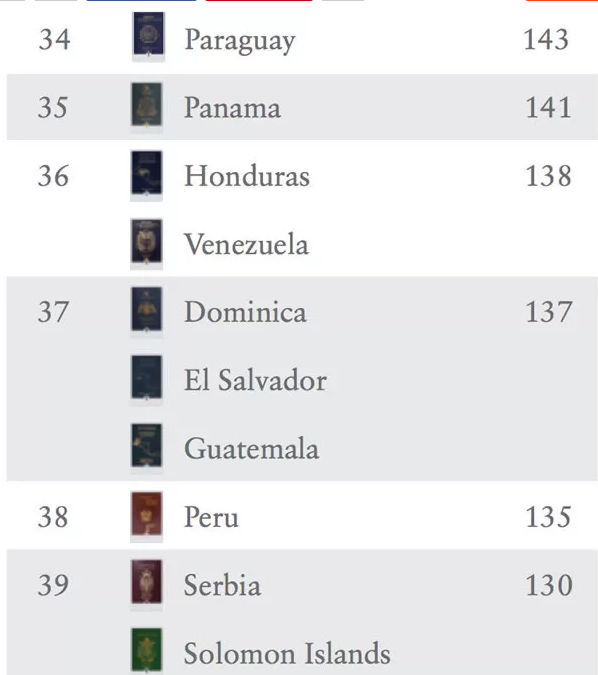 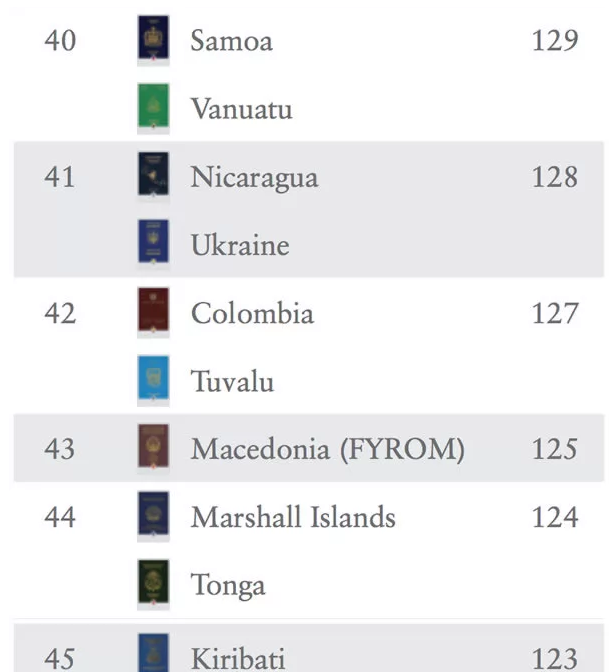 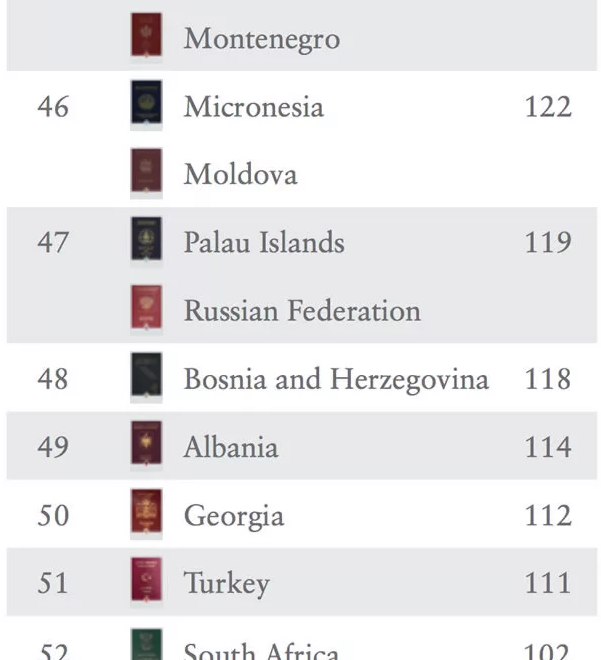 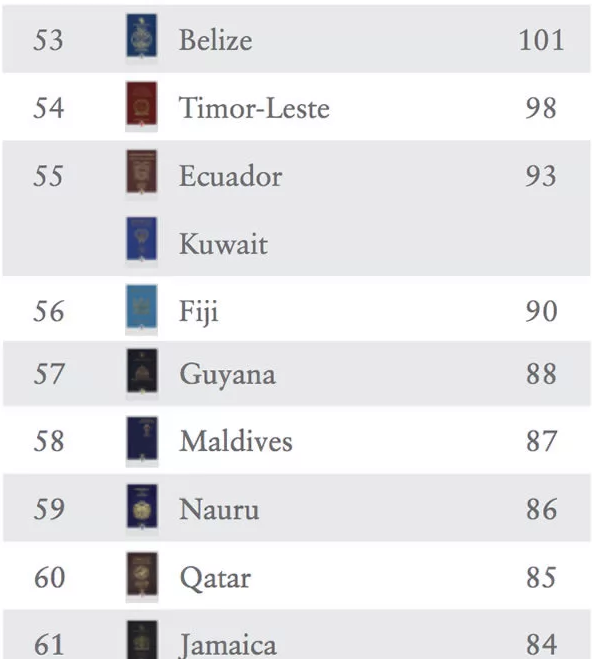 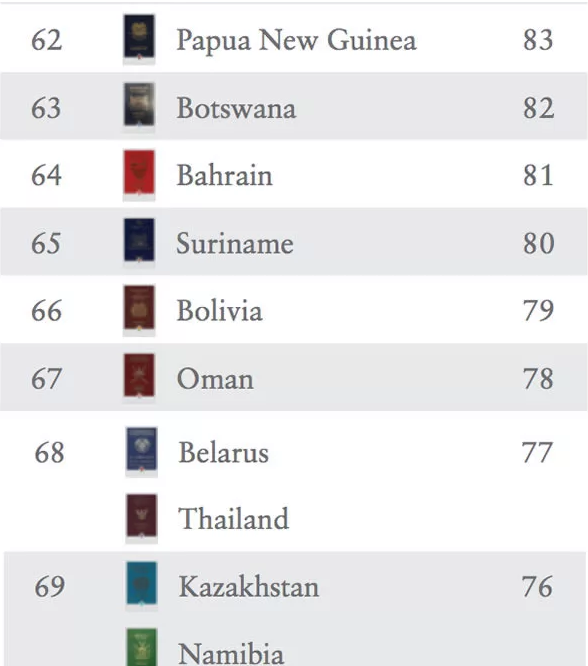 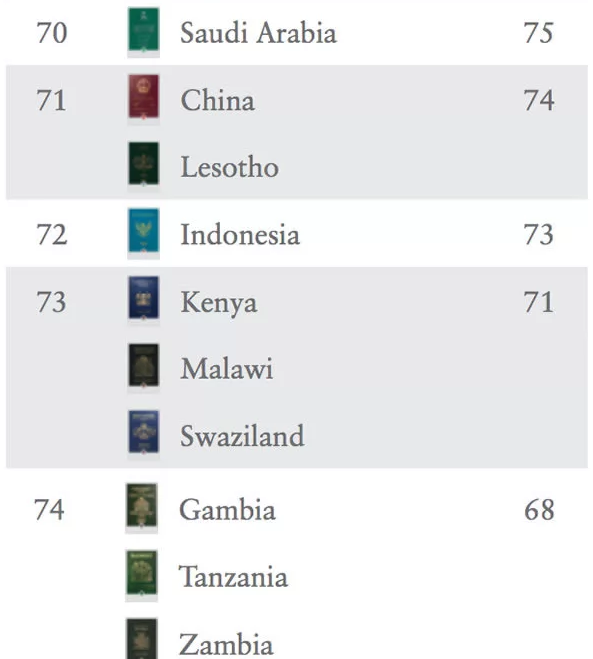 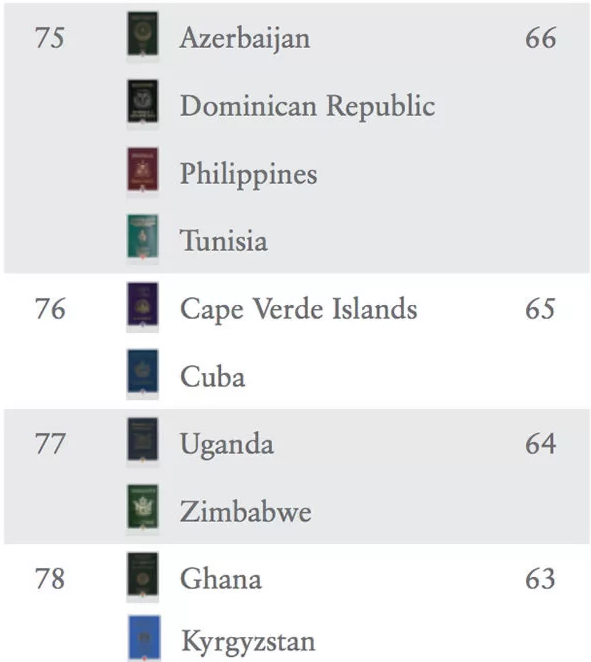 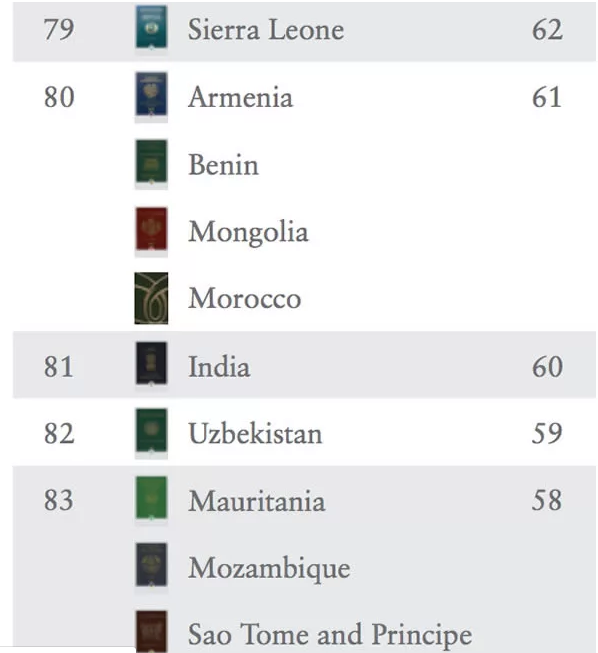 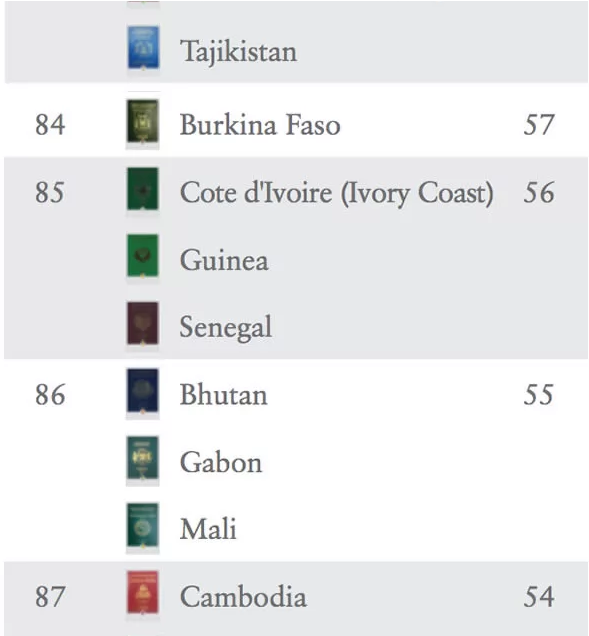 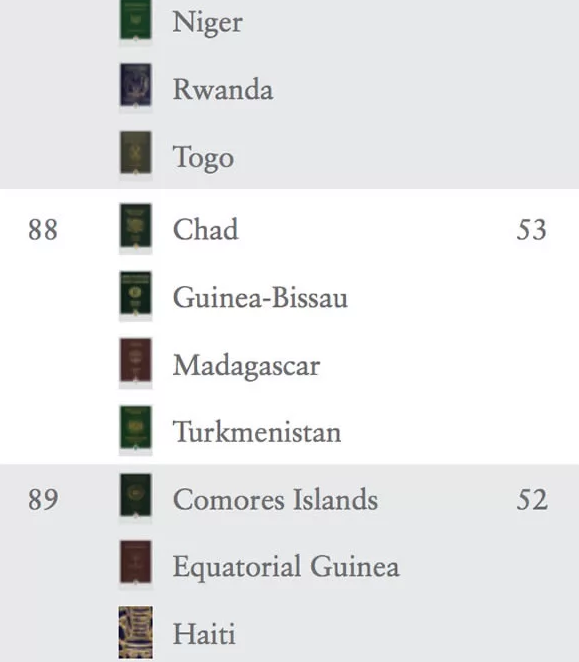 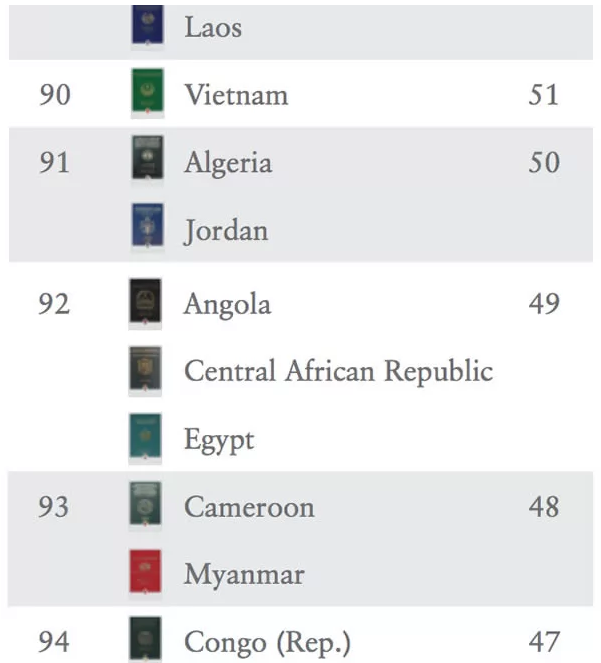 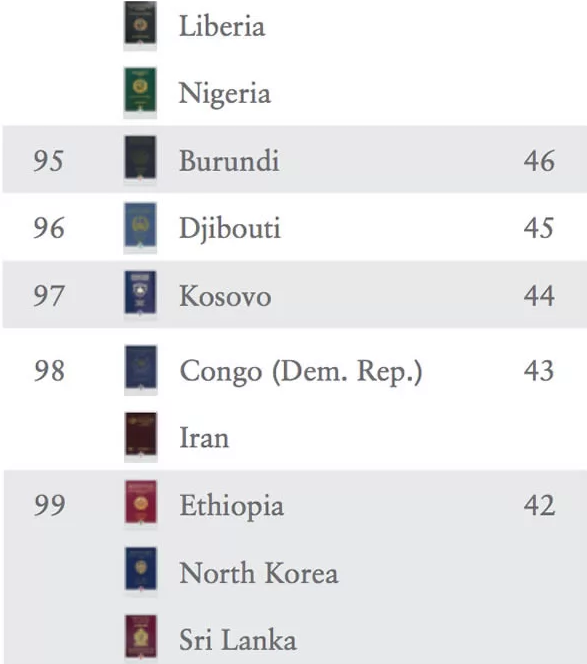 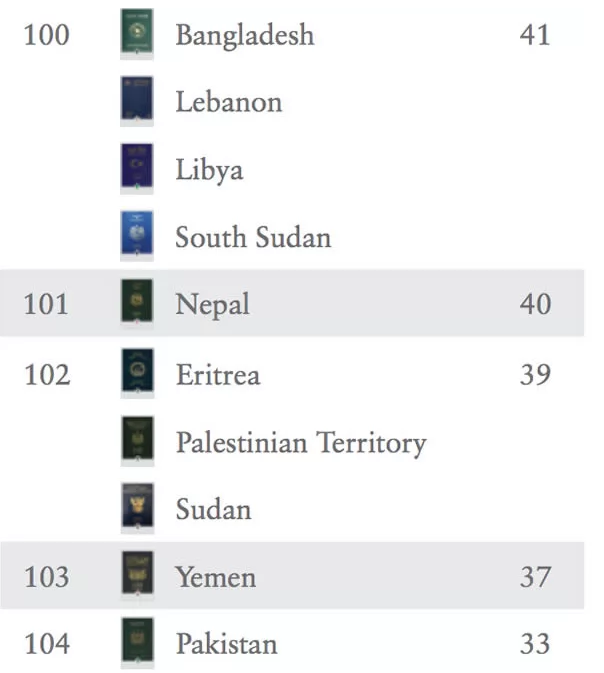