An overenthusiastic mother has prompted a viral storm after a tweeting a snap of her son, claiming he's too scared of going on dates for fear of being accused of sexual assault.
Marla Reynolds from Oklahoma shared an image of her son Pieter Hanson on Twitter on the back of Brett Kavanaugh's battle to become the next Supreme Court justice, which prompted claims from Republicans that men are afraid of being falsely accused of sexual assault.
Alongside the snap of Pieter in his Navy uniform, she wrote: 'He won't go on solo dates due to the current climate of false accusations by radical feminists with an axe to grind. I VOTE #HimToo.'
Her post quickly got #HimToo trending on Twitter, although perhaps not in the way she'd hoped as commenters mocked the post with their own versions featuring Norman Bates, their pet cats and Rick Astley.
However, Pieter saw the funny side of his unexpected Twitter fame and shared a photo of himself in the same pose explaining that his mother had been misguided.
'I respect and believe women,' he wrote. 'I never have and never will support #HimToo.' 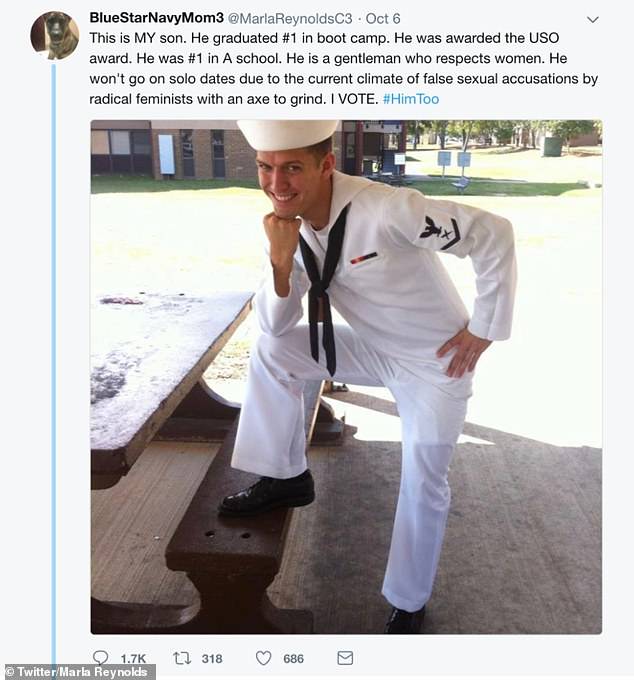 Marla Reynolds from Oklahoma shared an image of her son Pieter Hanson on Twitter, claiming he's too scared to go on solo dates for fear of false accusations and quickly prompted a viral storm 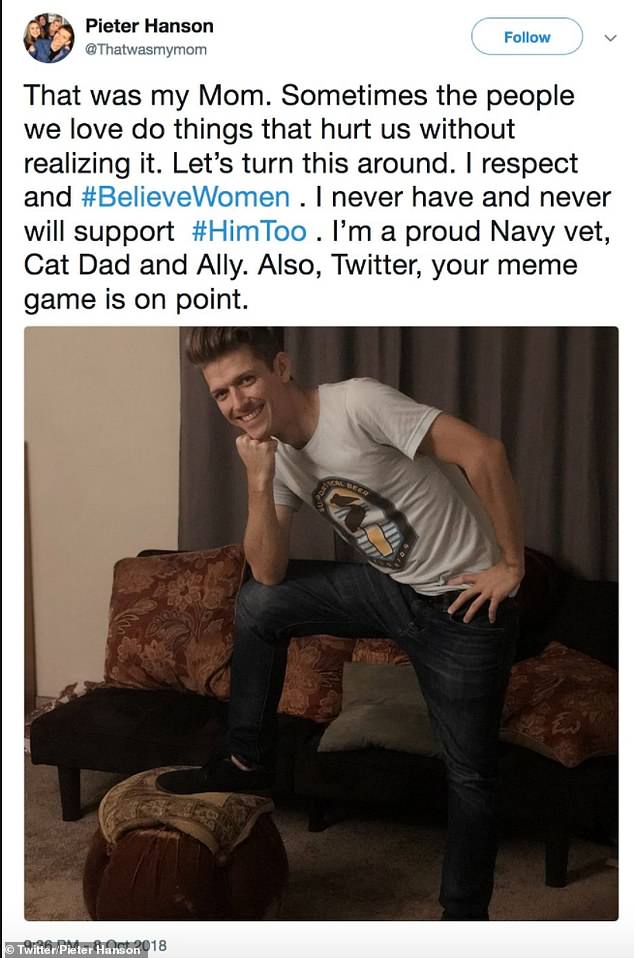 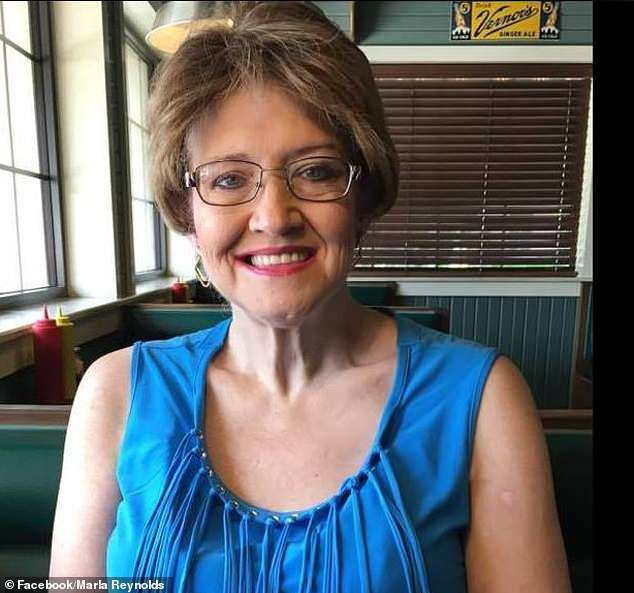 Marla Reynolds from Oklahoma found herself at the centre of a viral storm when she posted a snap of her son in his Navy uniform and ended up being ruthlessly mocked
The #HimToo hashtag emerged on Twitter as Kavanaugh battled to secure his Supreme Court position while denying allegations of sexual misconduct by three women.
Proponents claimed that mothers of sons should be worried about women making false allegations against men that can't be proven, leaving their lives ruined.
Marla decided to add her own voice to the chorus with a picture of Pieter, saying: 'This is MY son. He graduated #1 in boot camp. He was awarded the USO award. He was #1 in A school. He is a gentleman who respects women.'
However, she didn't quite get the response she was expecting to the now deleted tweet as commenters shared a raft of hilarious memes mocking the post. 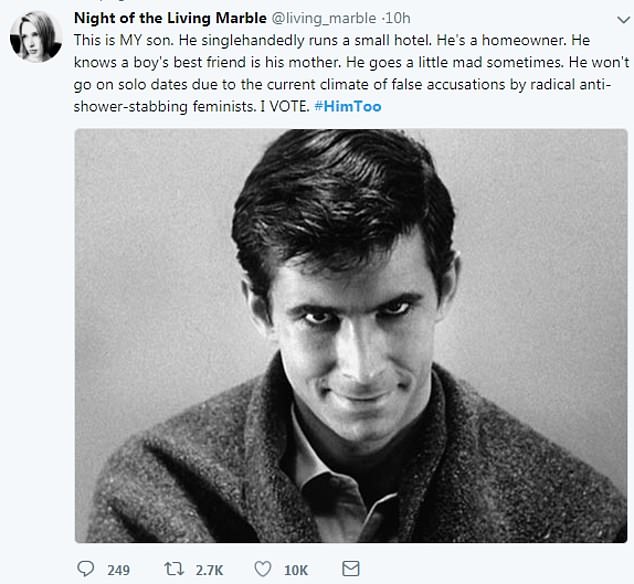 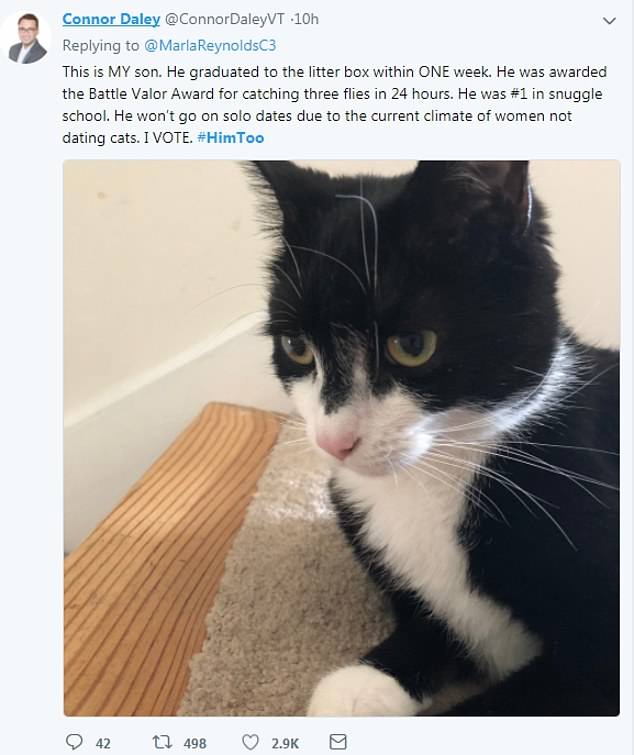 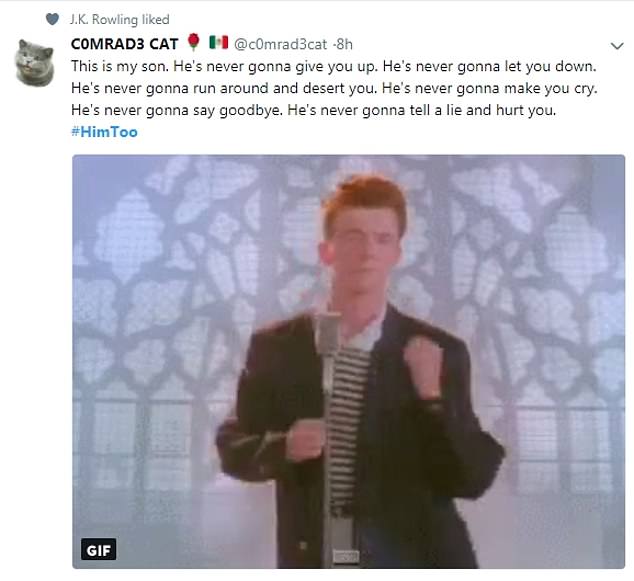 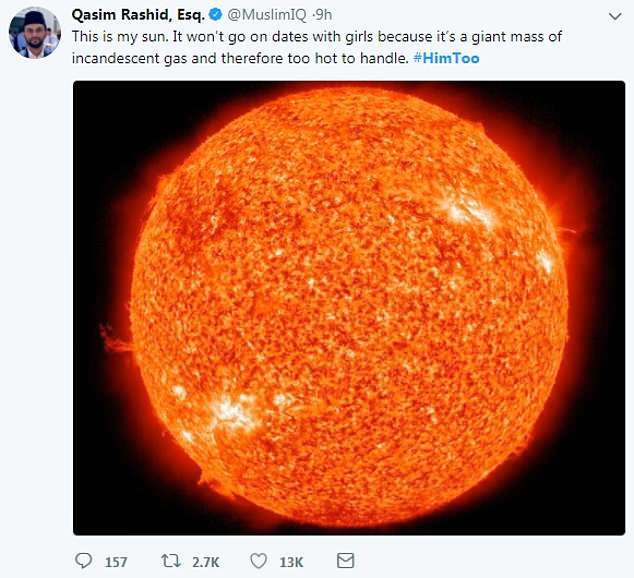 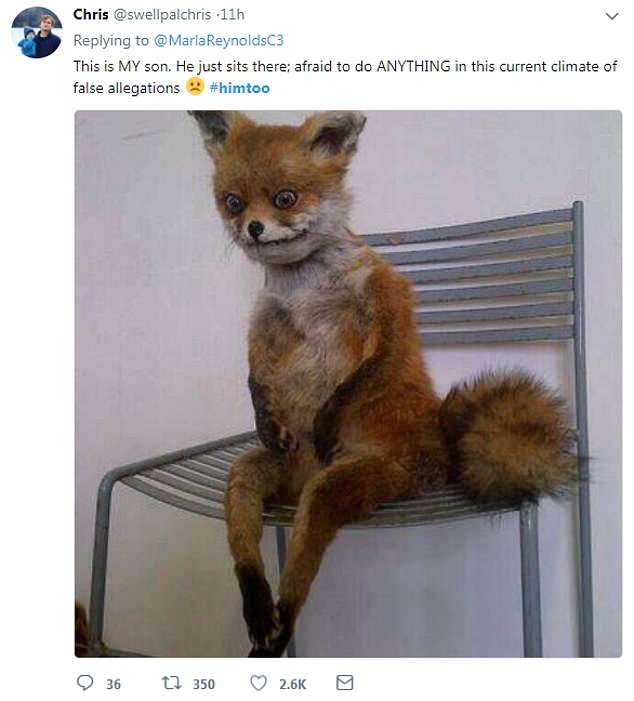 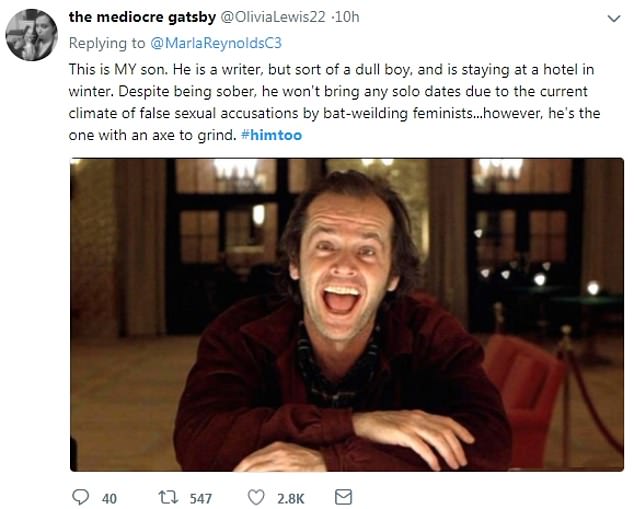 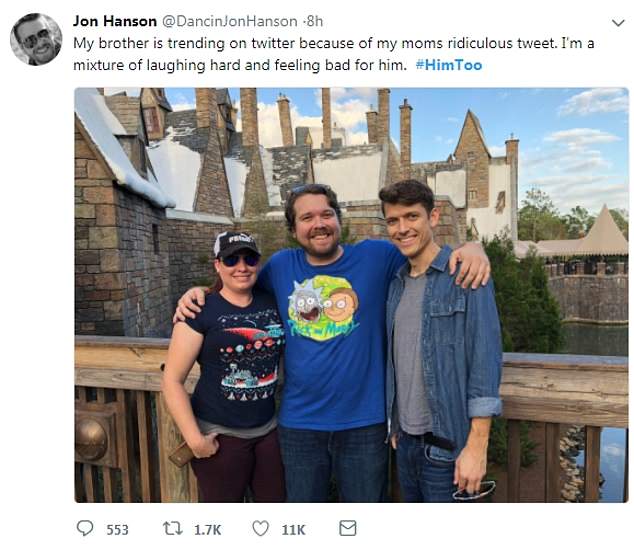 And '80s singer Rick Astley cropped up several times, with promises that he's 'never gonna give you up, never gonna let you down, never gonna run around and desert you.'
Pieter's brother has since told the Huffington Post that their mother had 'good intentions', but that he didn't ever tell her that he's scared to date.
'He’s actually a big supporter of women’s rights among other things. An upstanding guy in the community, and everyone that knows him loves him,' he said.
'He at first was very upset but is now taking it in stride and laughing about how mom went viral.'