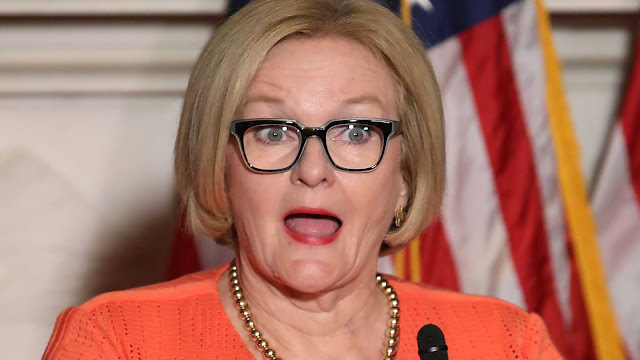 James O'Keefe's Project Veritas released a new undercover video Monday night showing Sen. Claire McCaskill (D-MO) and her staffers expressing support for radical gun control measures that they admit she can't state publicly.
The video shows McCaskill and her staff admitting that she supports banning semi-automatic weapons, bump stocks, high-capacity magazines, along with supporting other far-left policies.
Rob Mills, who works on McCaskill’s campaign, says in the video that McCaskill can't be open about her policies because "she has a bunch of Republican voters" and "that could hurt her ability to get elected."
Nicolas Starost, who also works McCaskill’s campaign, says in the video that former President Barack Obama isn't campaigning for McCaskill because she doesn't want to be cast as too far-left, even though she believes in the same policies that Obama does.
"Because of how like, cause he’s a very liberal candidate," Starost says. "And like… Claire distancing herself from the party is gonna help her win more votes than it will saying like: 'Oh here’s Obama, the former President of the United States, to now speak on my behalf.' Which is unfortunate because I love Obama to pieces, and I’d love to see him come here."
"And they essentially have the same views on everything?" the Project Veritas journalist asks.
"Yeah," Starost responds. "People just can’t know that."
WATCH: