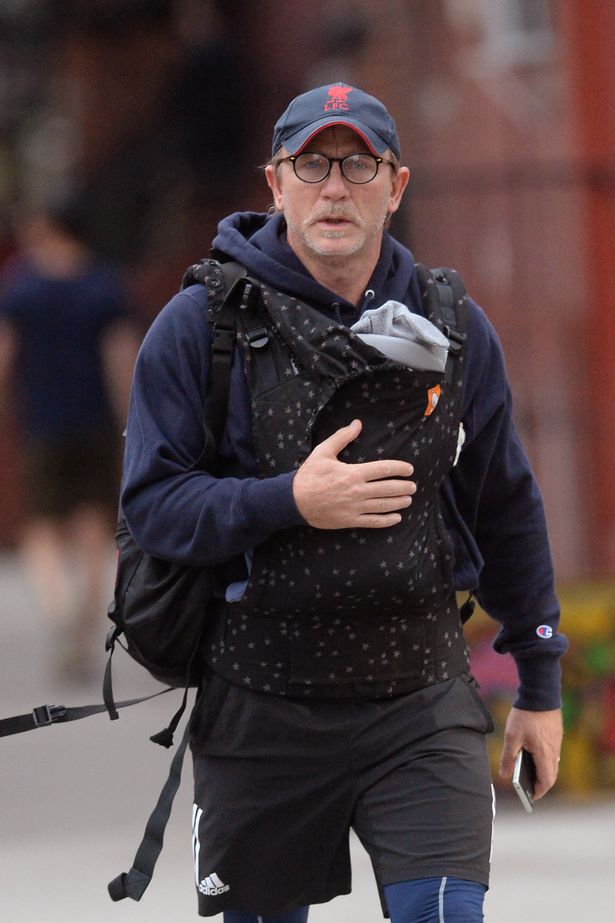 Piers Morgan is in trouble again over his remarks on Twitter - this time from angry dads.

The Good Morning Britain anchor mocked James Bond star Daniel Craig over a photo of him carrying his new baby in a sling.
Tweeting a picture of the Skyfall actor taking a walk with his newborn daughter strapped to his chest, Morgan wrote: "Oh 007.. not you as well?!!!" He added the hashtag #emasculatedBond.

Disgusted at the tweet, hundreds of proud dads replied to Piers with photos of themselves with their babies in slings.
Captain America star Chris Evans was probably the most famous of the many who sprang to Daniel Craig’s defence.
He said: "You really have to be so uncertain of your own masculinity to concern yourself with how another man carries his child. "Any man who wastes time quantifying masculinity is terrified on the inside."
Evans’s blast currently has 39,127 retweets and 226,106 likes.
If Twitter stats are any measure of public opinion it may be helpful to note that Piers’s original tweet has collected 359 retweets and 3,155 likes so far.
Desperate for some kind of backup, Piers tweeted US president Donald Trump – “Do you have a view about papooses, Mr President @realDonaldTrump?
"Everyone else seems to be getting very worked up about them. I don’t really have you down as a papoose kinda guy, but then you’re full of surprises.”
That tweet, too, has garnered dozens of brutal replies. None, as yet, from the leader of the free world.
Piers, who has four children, attempted to defend his slur with a number of snarky tweets.
"I just expressed a genuinely held opinion that papooses are emasculating, embarrassing & unnecessary - and the virtue-signalling world's gone bonkers" he said.
"Oh I carried all my kids, Leigh. I just did it with my arms, not a papoose."
And he added: "He's not carrying it, that's my point. He's using an emasculating papoose. James Bond would never use a papoose to carry his babies."
Daniel Craig's wife, Oscar-winning The Constant Gardener actor Rachel Weisz, 48, told friends they were “very happy” after she gave birth to a daughter in August. The couple married in 2011.
They are well known for keeping their personal lives extremely private.
Dr Ben Hine, the co-founder of the Men and Boys Coalition and a senior lecturer in psychology at University of West London, said: "Our ideas about fatherhood have changed dramatically over the past 50 years.
"The fact is that fathers want to feel psychically close to their babies and this is something only to be celebrated. We should be celebrating this, not demonising it."