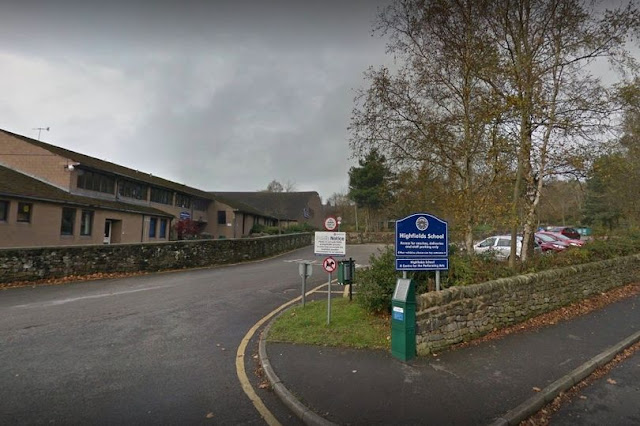 Highfields School in Matlock, Derbyshire, has come under fire


Children at a school were asked to vote for who among their peers had the 'best bum' and who was 'most flirty' .
Worried parents have slammed Highfields School in Matlock, Derbyshire and the yearbook awards have been suspended.
Many parents have expressed their anger at the voting forms, branding them a type of "bullying" and were calling on the school to ditch the awards, designed for inclusion in a yearbook.
Staff at the school are aware of the complaints and have since suspended the yearbook "until further notice", reports Derbyshire Live . 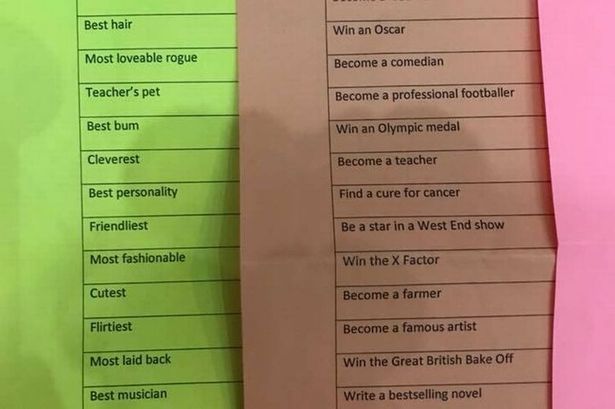 Some of the awards that pupils were encouraged to vote on


Jane Gretton, who has a 15-year-old daughter at the school, said: "I am absolutely appalled by these voting slips, it is more like something out of an American school and to me it is just another form of bullying.
"To be asking questions like who has the best bum at that age is just ridiculous.
"They are young people and if there are children at the school who have hang ups over their body or their personality, then it could affect their mental health in the future.
"I thought schools were meant to be stopping this sort of thing. It is ridiculous and inappropriate. 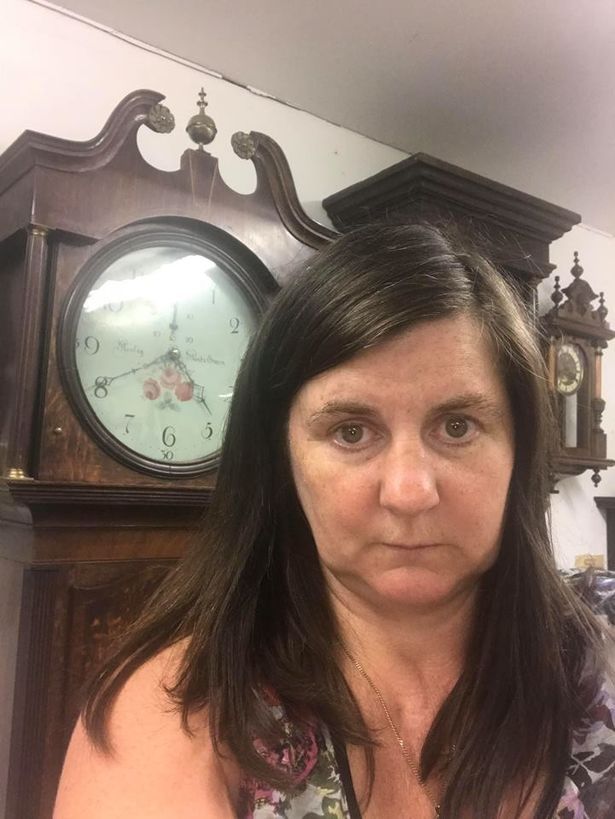 
"Having said all this, I think Highfields is a fantastic school. I have had two children who were there right up to A-level and are doing really well because of what they learnt at the school.
"These awards are not right though and I hope they are stopped."
Award categories included "most likely to become Prime Minister", "sportiest", "funniest", "friendliest" and those most likely "to become a millionaire" or "be late to their own wedding"


Parents have fumed though as the awards also include "best bum", "flirtiest", "most lovable rogue", "teacher's pet" and "best looking".
Many parents have also taken to Facebook to complain about the voting forms. 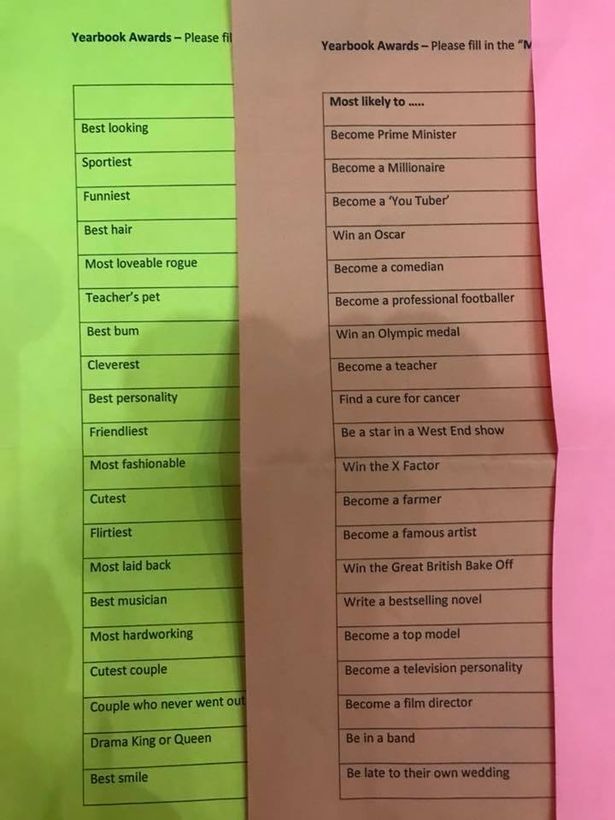 One wrote: "It’s a disgrace and should definitely be pursued. The trouble is they probably don’t even realise there’s anything wrong in what they’re doing.
"They’ve not considered the possible impact on the students who are subjected to this nonsense."
Another wrote: "Who wants to be known for having the best bum, most lovable rogue (naughtiest child), flirtiest and teacher's pet and how do you define a "popular" child?"
Staff at the school have apologised to parents and placed a statement concerning the yearbook awards on their website page.
The statement read: "To Year 11 parents and students. We are aware of the issue with our Yearbook nominations and any planning around the Yearbook has been suspended until further notice.
"We apologise for any inconvenience."