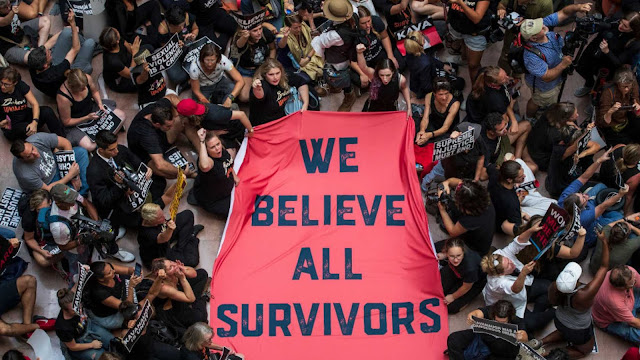 A professor at the University of Southern California has come under fire after sending a reply-all email last week to the student body stating "accusers sometimes lie."
"If the day comes you are accused of some crime or tort of which you are not guilty, and you find your peers automatically believing your accuser, I expect you find yourself a stronger proponent of due process than you are now," Professor James Moore wrote in the email. "Accusers sometimes lie."
According to Toni Airaksinen of PJ Media, Moore’s email was in response to a "Believe All Survivors" email and led to "hundreds" of emails from students and alumni who were concerned.
Nearly 100 students reportedly attended a rally called "Times Up for James Moore" on Monday in protest of Moore — who is tenured — demanding that he be fired.
The students marched to Dean Jack Knott’s office who later addressed the crowd telling them, "What [Professor Moore] sent was extremely inappropriate, hurtful, and insensitive. We are going to try to do everything we can to try to create a better school, to educate the faulty."
Knott also announced USC would take action, including having a faculty meeting "around implicit bias, sensitivity towards [sexual assault]..."
According to the Daily Trojan, Moore watched the rally and thought it was "well organized" but said "[t]he whole point of a university is that it's a place for points of view and discourse, and if they happen to disagree the way to respond is to engage rather than terminate the source of the information that you disagree with."
"My primary objective was protecting the interests of folks who might be falsely accused of misconduct," he added. "My goal was protecting students, not traumatizing or bullying them."