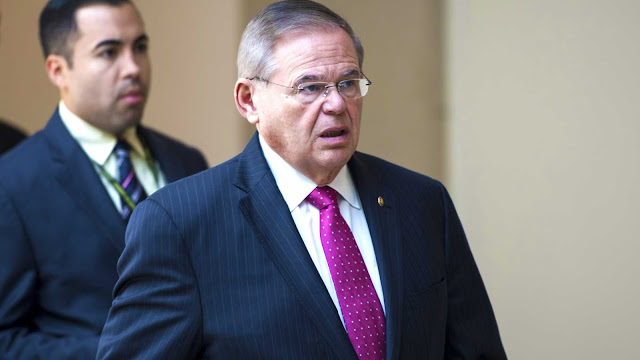 A new campaign ad from New Jersey Republican Senate candidate Bob Hugin highlights allegations that Democratic Sen. Bob Menendez had sex with "underage prostitutes" during trips to the Dominican Republic.
The ad was released after Menendez attacked then-Supreme Court nominee Brett Kavanaugh over the uncorroborated allegations made against him.
"What about the underage girls who accused you?" the ad asks Menendez.
The ad highlights claims that were "first reported in 2012 and were associated with the Democratic senator’s corruption trial, which came to an end last year when a deadlocked jury led to a mistrial," Conservative Review reported.
"For several years Senator Menendez had been traveling to the Dominican Republic to engage in sexual activity with prostitutes — some of whom were minors," the ad states, referring to allegations contained in an FBI affidavit.
The ad notes that Menendez's lawyers brushed off the notion that having sex with underage girls was a big deal, saying at one point that the activity "would hardly be a federal crime."
WATCH: