What Democrats Now Fear About Kavanaugh The Most in One Cartoon

The cartoon below brilliantly illustrates what Democrats now fear the most about Brett Kavanaugh since it appears likely he’ll be seated on the Supreme Court to replace justice Kennedy. 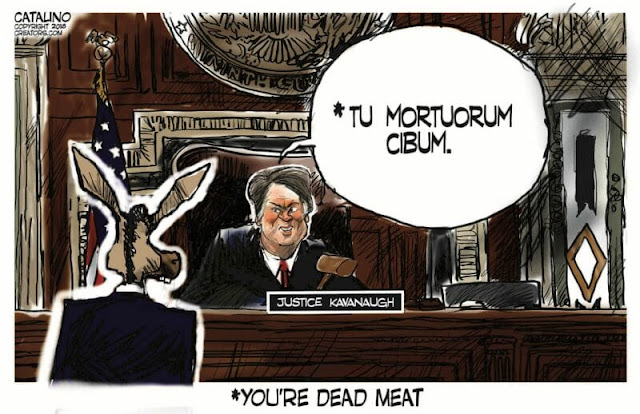 
The Committee’s investigation, like the FBI supplemental background investigation, has found that there is no corroboration of the allegations made against Judge Kavanaugh.