Women Protest ‘Gender Wage Gap,’ End Up Contributing To It 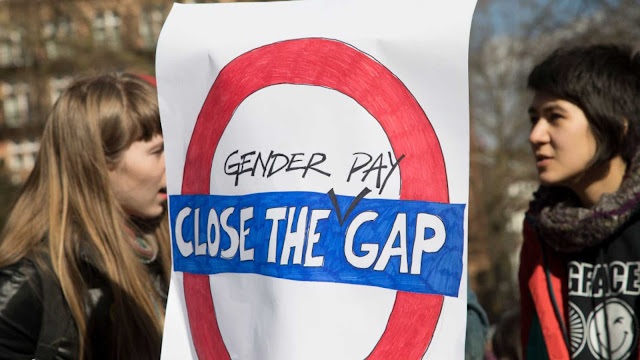 Women in Iceland claim they’re being paid less than men. To combat this, hundreds of women left work hours early to protest, leaving the men behind to actually work and earn money.
As economists and anyone with rudimentary reasoning skills knows, there is no gender wage gap. There’s a gender earnings gap, but this is due to the different choices men and women make in their careers. Choices like which fields they enter, whether they leave work after having a child, and oh yes, how many hours they work per week.
Official statistics show that women, on average, work fewer hours per week than men. In Iceland, a country with heartier workers than even the other Nordic countries, men work an average of 47 hours per week while women work 37.
This alone will account for a large portion of the “wage gap.” Think of it this way: A man and a woman with the same educational background work for the exact same company for the exact same number of years. They’re both paid $20 per hour. The man works 47 hours per week, while the woman works 37. Even though they’re paid the exact same wages, at the end of the week the man will end up earning more because he worked more hours.
The women in Iceland claim they’re paid 74-cents to the dollar of men. Two years ago, according to these same women, they were paid 86-cents to the dollar of men. That’s a huge, negative, change in just two years. There’s no way that the country’s business owners have been discriminating against women extra hard in today’s climate.
The more likely cause are the choices men and women make in their careers. Iceland has a generous parental leave policy, where mothers and fathers each get three months, and the couple can split an additional three months however they choose. In a surprise to no one, women take the lion’s share of the additional leave.
And there’s nothing wrong with that. Family time is incredibly important, but purveyors of the “gender wage gap” seem to only care about how much money a person earns, as if that is the only value to society.
There is no evidence that women are paid less than men systemically for doing the exact same job. Evidence for the “wage gap” comes from an average or median of all women and all men. But the sexes do not work the same jobs in equal numbers. Men take on dangerous jobs (they account for 93% of workplace fatalities) and jobs that require longer hours and more stress, while women tend to value flexibility. Obviously, that is not to say that all men want to work themselves to death or all women would rather be home with their kids, but the statistics show that this is the case on average.
The women in Iceland just made their situation worse by their own terms. They already work fewer hours than men, which makes them earn less at the end of the week. Now they’ve left work even earlier. This stunt will end up costing them in official statistics, which will lead them to believe they’re even more discriminated against, and will protest even harder, leading to an even bigger gap. It’s an endless cycle.