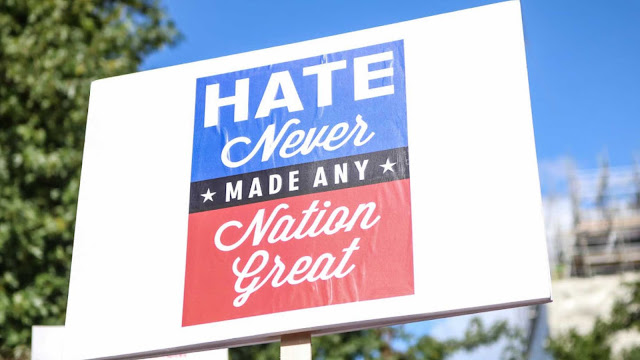 Kansas State University police received a report on Nov. 5 from a student who had found a racist note posted on their door.
The student, Brodrick Keith Burse III, said in a since-deleted tweet that he returned to his apartment and found the note posted outside his door.
“[I]t’s 2018 and this was posted on my apartment door,” Burse wrote in the tweet that included a photo of his door with the note. “[T]his is still happening here at @KState so if [sic] isn’t as evident as it already was everyone needs to get out and vote I refuse to let this blatant racism stop me from moving onward and upward.”
The College Fix has an image of the original tweet.
The note on Burse’s door read: “Beware N*****S Live Here!!! Knock at your own risk.”
After Burse reported the incident, the Kansas State Housing and Dining Services account tweeted: “K-State HDS does not and will never tolerate racism in its communities. The matter will be investigated,” according to the Fix.
Campus police investigated the note and posted their conclusions to their Facebook page on Nov. 8.
“The Kansas State University Police Department has concluded its investigation into a note using a racial slur posted on a door in the Jardine Apartment Complex,” the Facebook post said.
“On Monday, Nov. 5, K-State Police received a report of the note. Upon questioning, the person who reported the incident admitted to creating and posting the note to their own door.”
“The matter will be addressed in accordance with applicable disciplinary procedures,” the police department added.
The police department did not name Burse or say what sort of punishment he faced for the hoax. As the Fix reported, this is the second hate-crime hoax at KSU in as many years, and the previous hoaxer received no punishment.
Dauntarius Williams wrote the n-word all over his car last year in graffiti and claimed he was the victim of racism. He later admitted he painted the car himself as “a Halloween prank that got out of hand.” Though he faced no punishment for the hoax, KSU police “stepped up patrols,” the school developed a multicultural center, and create two new campus “diversity” positions to respond to the alleged racism.
These two incidents follow a pattern of hate-crime hoaxes perpetrated on college campuses. This reporter has never seen any claim of such a hate crime ever being true. Typically, the hoaxers claim the committed the hoax to “start a dialogue” about a problem allegedly so pervasive on their campuses that they had to fake an incident to call attention to it.
It never seems to matter that every incident of overt racism on college campuses turns out to be fake, the schools still rush to hire more diversity officers (even though research suggests they don’t improve anything) to prove they take the issue seriously. Nothing changes after the hoaxes are revealed.