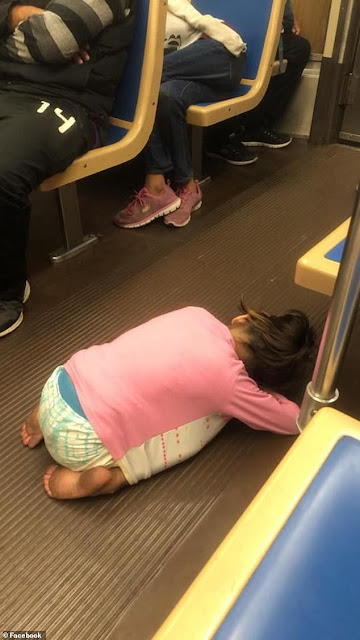 Like every early morning, Alexis Aguilar, 29, a single mother from the North Side of Chicago, headed to the CTA Blue Line Addison stop for her commute to work.
She usually gets on the “L” by 5:30 a.m. and is used to seeing homeless people sleeping on the train and in the station.
But Tuesday morning was different.
She noticed a Latino family: six children, some barefoot and dingy, and what appeared to be the mother and father, attempting to sleep on the seats of the train.
"When I saw a barefoot girl lie down on the floor of the passway (of the train), barefoot and cold, trying to sleep, my heart broke and I knew something was wrong," she said.
She tried to speak to the two adults to find out what was wrong and guide them to find help, but the communication was limited because of language barriers.
She is not fluent in Spanish, and the two adults did not speak English. According to Aguilar, although she could not confirm the family was homeless, it was clear they needed help because "it seemed like they hadn’t slept or cleaned up for days."
But when she tried to provide them with information to find help, she noticed that they seemed afraid to speak to her, Aguilar said. Before exiting at the Washington stop, she gave them a number to a shelter in the Chicago area, some water and cash. But she was unable to get their names or any information about where they were going.
Feeling helpless, Aguilar resorted to Facebook, where she posted the video in which you see two children covering themselves with a small blue blanket, a barefoot girl lying in the corridor of the train, the two adults in seats with their heads down attempting to sleep, two other children in the back seats, and a child dressed in a red sweater.
She hoped that by posting the video, someone in the community might recognize the family and offer them the help and resources they need.
It went viral, with several thousand people sharing the video and comments pouring in as those in the community attempted to piece together the family’s whereabouts.
And they did.
The first hint came from Martin Fierro, 36, who said he and his sister saw the family about a month ago in the Logan Square neighborhood.
Fierro said the family approached him and his sister to ask for help and told them they had left the place where they were living because deportations seemed to be increasing and they feared separation, he said in a phone interview.
“But when my sister tried to call for help, they left. You could tell they were afraid,” Fierro said.
Details about where the family is from were not immediately available, and it was unclear whether any or all members may be living in this country without documentation — or even caught up in the immigration system.
About 10 p.m. Tuesday, a woman identified as Beatriz Fernandez posted on Facebook that she’d found the family in Chicago “by the Burger King near North Ave.”
Tony Contreras saw the notice and immediately replied, asking Fernandez to call him.
“There are many people here who can help,” Contreras wrote, shortly after driving to the family’s location. A few others did the same. Eventually the family was convinced to accept help, with the promise that they would be safe, and their identities and location would not be revealed.
By midnight, community members had found the family an apartment, Aguilar said. “The family has been found and are safe,” she wrote in a follow-up post on Facebook.
Aguilar set up a GoFundMe account for the family that surpassed its $5,000 goal by noon Wednesday. Contreras, who is in direct contact with Aguilar, said the family, which in addition to the parents includes the six children ages 7-13, will have access to that money shortly.
Donations such as clothes, food and hygiene products for the family also are being accepted at Body Shot Boxing Club, 600 W. Cermak Road.
Aguilar and Contreras said they will not disclose any information about the family.
“I don’t want to jeopardize anybody. All I’m doing is helping them out. I helped them get a place last night. They are in a warm, safe place,” Contreras said in a Facebook Live post Wednesday afternoon. “I just want to keep everybody safe, that’s all that matters.”
Aguilar, the woman who posted the viral video of the family on the train, told a reporter she’s amazed at the outpouring.
“I really wanted to raise awareness so that the family could get the proper help,” she said. “Didn’t think it would get to this.”
This case may point to the ongoing fear of separation at the border among families emigrating from Mexico and Central America to the U.S.
Dagmara Avelar, program manager of the Illinois Coalition for Immigrant and Refugee Rights, wrote in an email that "the crisis of the possibility of family separation is not only moral and emotional; it is also legal and financial. Many families cannot afford legal representation, nor can they easily replace the salary of a breadwinner."
She added that the coalition has a hotline that can help connect families in crisis with reliable and immediate information, referrals to legal, ministry and social services — while also providing a long-term connection to someone who can help them locally.
Avelar added that all callers in need remain anonymous, and their information is not shared with other social service agencies without their consent.
The hotline number is 1-855-HELP-MY-FAMILY (855-435-7693). 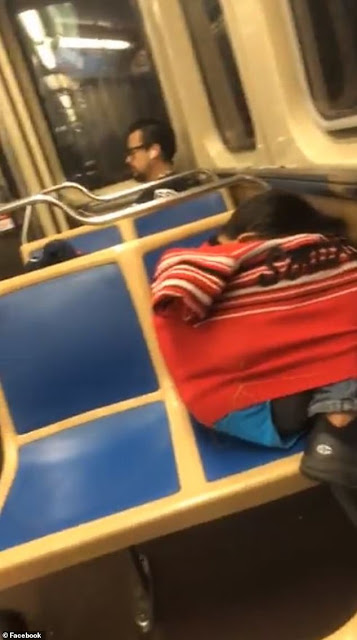 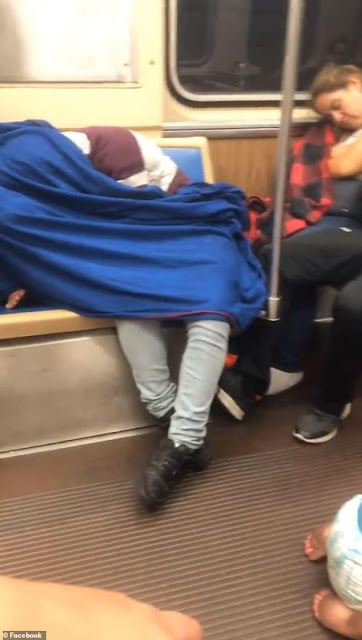