Air Force lieutenant colonel, 47, is arrested in an undercover sting for 'going to a hotel to meet a 14-year-old girl for sex after they met on a dating app'

An FBI sex sting has netted a lieutenant colonel in the US Air Force, who is now accused of trying to meet a 14-year-old girl at a Georgia hotel after the two talked online.
Air Force Lt. Col. Willie Newson, 47, was arrested on Tuesday at the Radisson at 1775 Parkway Place in Marietta on charges of child exploitation.
According to authorities, the high-ranking serviceman had gone to the hotel seeking to meet up with a teen he met on a dating app.
But the teen was really an undercover officer with the FBI Metro Atlanta Child Exploitation Task Force. 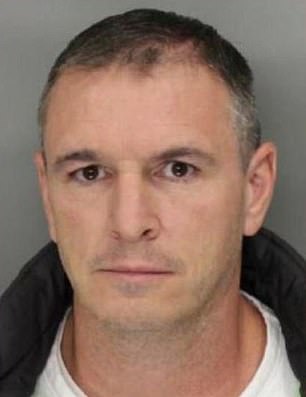 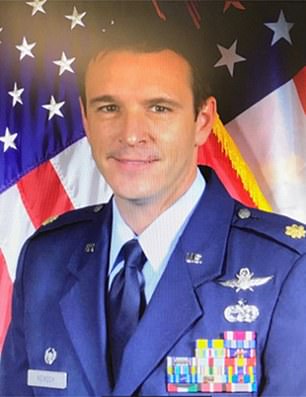 Air Force Lt. Col. Willie Newson, 47 (pictured left in mugshot and right) has been busted in an FBI raid in Georgia, accused of trying to meet a 14-year-old girl for sex 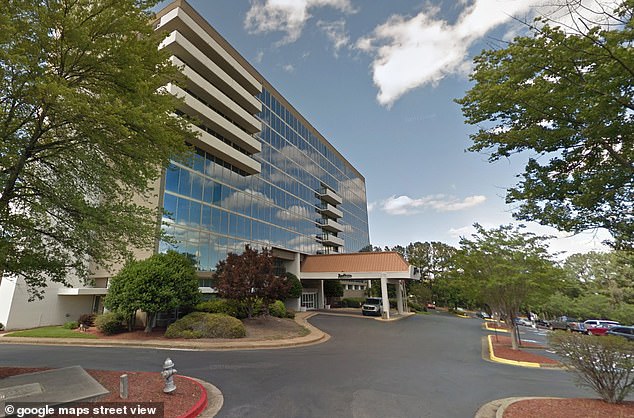 The FBI sting took place Tuesday night at the Radisson on Parkway Place in Marietta, Georgia
According to arrest warrants cited by Atlanta Journal Constitution, the undercover officer gave Newson multiple chances to stop the communication, but he chose to proceed with the rendezvous.
Newson was among eight people arrested at the hotel in three hours that night, including three pimps and four prostitutes.
The other suspects snared in the sting have been identified as Jonathan Young; Dick Myers; Clifton Smith; Amanda Waddell; Bianca Fraser and Brittany Barnes, reported WSB-TV.
Newson was booked into the Cobb County Jail on charges of child exploitation. He was released the next day after posting $22,220 bond. 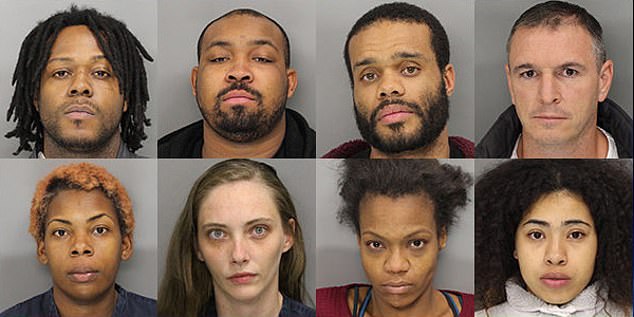 Newson was among eight people arrested at the hotel Tuesday night. The other seven were pimps and prostitutes (pictured in mugshots)
Georgia Department of Defense spokeswoman Desiree Bamba said Newson is on the command staff of the state Air National Guard.
Bamba stated that Newson has now been placed on leave pending the investigation's outcome.
'Lt. Col. Newson’s alleged actions do not reflect the values we uphold in the Georgia National Guard,' she told Atlanta Journal Constitution.