Yesterday a group of Antifa thugs openly carrying AR-15’s threatened a reporter, but what was stunning was how the police reacted.
Red State reports that “Yesterday, a group called the Three Percenters had a permit for a rally in Seattle. They were met by the antifa who didn’t bother to obtain a permit, though the police don’t really seem to care.”

Andy C. Ngo ✔@MrAndyNgo
· Dec 2, 2018
Replying to @MrAndyNgo
Okay. I moved away from the protest after being told that “death is coming.” #antifa

Andy C. Ngo ✔@MrAndyNgo
Today, around 150 self-described anti-fascists protested a downtown Seattle rally by the Washington State 3 Percent, a conservative group that calls itself constitutionalist. Antifa proudly displayed the red flag of communism on their side. pic.twitter.com/5xLVWlpKgW 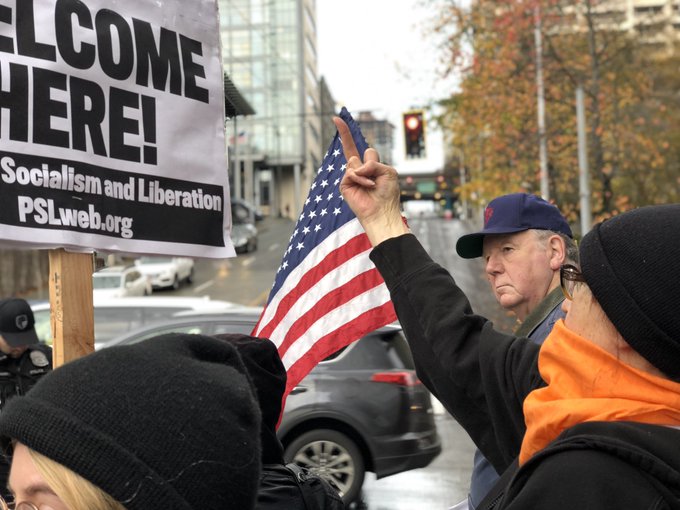 Andy C. Ngo ✔@MrAndyNgo
· Dec 2, 2018
Replying to @MrAndyNgo
When I tried to walk to the street corner where antifa was demonstrating, two of their people with guns confronted me. 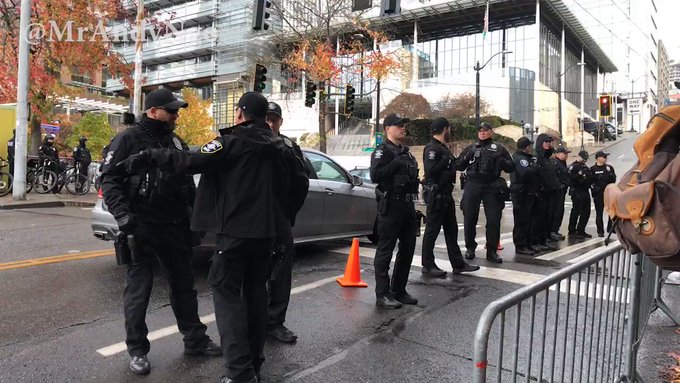 Andy C. Ngo ✔@MrAndyNgo
They surrounded me, and on cue, all of them took out their cameras to record. They pushed me and followed me when I tried to leave the area I was boxed in. One @SeattlePD officer tried to stand up for me. pic.twitter.com/ghJXoNQOqm 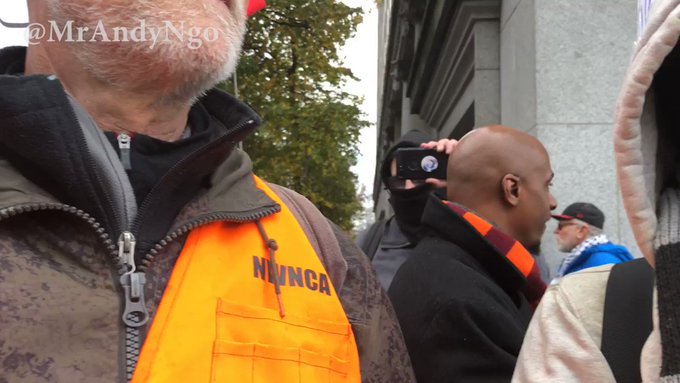 Andy C. Ngo ✔@MrAndyNgo
· Dec 2, 2018
Replying to @MrAndyNgo
They surrounded me, and on cue, all of them took out their cameras to record. They pushed me and followed me when I tried to leave the area I was boxed in. One @SeattlePD officer tried to stand up for me.

Andy C. Ngo ✔@MrAndyNgo
A woman screamed into a bullhorn in front of my face. I was pressed up against a barrier. She led the mob into called me a “Nazi.” It was so loud that I felt physical pain in my ear drums. pic.twitter.com/0C8Ny16nQH 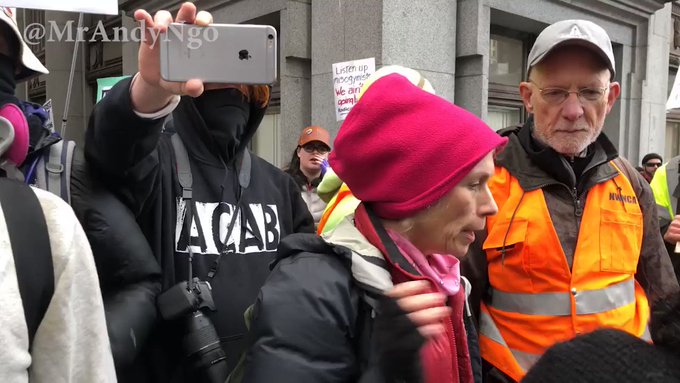 Andy C. Ngo ✔@MrAndyNgo
Replying to @MrAndyNgo
This was a surreal moment: @SeattlePD officer came up and said I was "inciting conflict" and potential violence just by being there. If my physical presence in a public space makes someone else want to become violent, the problem is not with me. 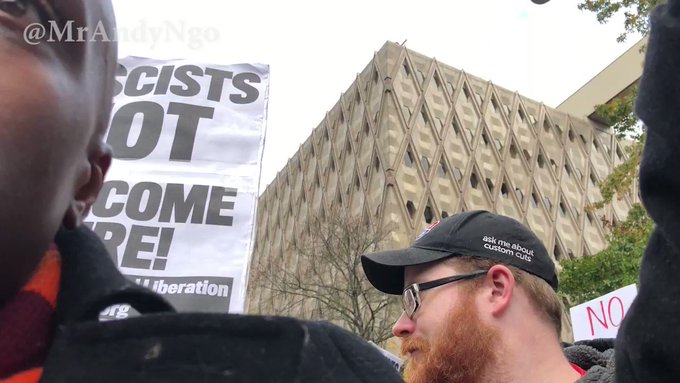 Andy C. Ngo ✔@MrAndyNgo
Replying to @MrAndyNgo
“I’m known to do this shit for real,” an antifa protester said to me. “Are you willing to die for Youtube shit?…Death is coming to you.”

Twitter Ads info and privacy
Red State sums it up brilliantly:
Sort of amazing, really.
The Seattle PD had zero problem with armed people showing up for an un-permitted protest.
They had zero problem with a sidewalk being obstructed or a journalist being rather unambiguously threatened.
And rather than enforce the law, they told a guy engaging in Constitutionally protected behavior–covering this illegal demonstration as a journalist–that he was the problem.
This kind of gutlessness by the police and sympathetic treatment of these thugs by various governmental bodies is going to inevitably lead to violence and bloodshed.
Maybe when these masked Starbucks employees are stacked up like cordwood in the streets, someone will decide that the law should be enforced.
When cops take sides bad things inevitably happen.


Lets hope those responsible are drummed out of the force, and this never happens again.