A church in Massachusetts has set up a nativity scene in which the baby Jesus is inside a small steel cage, under a banner that reads "Peace on Earth?" 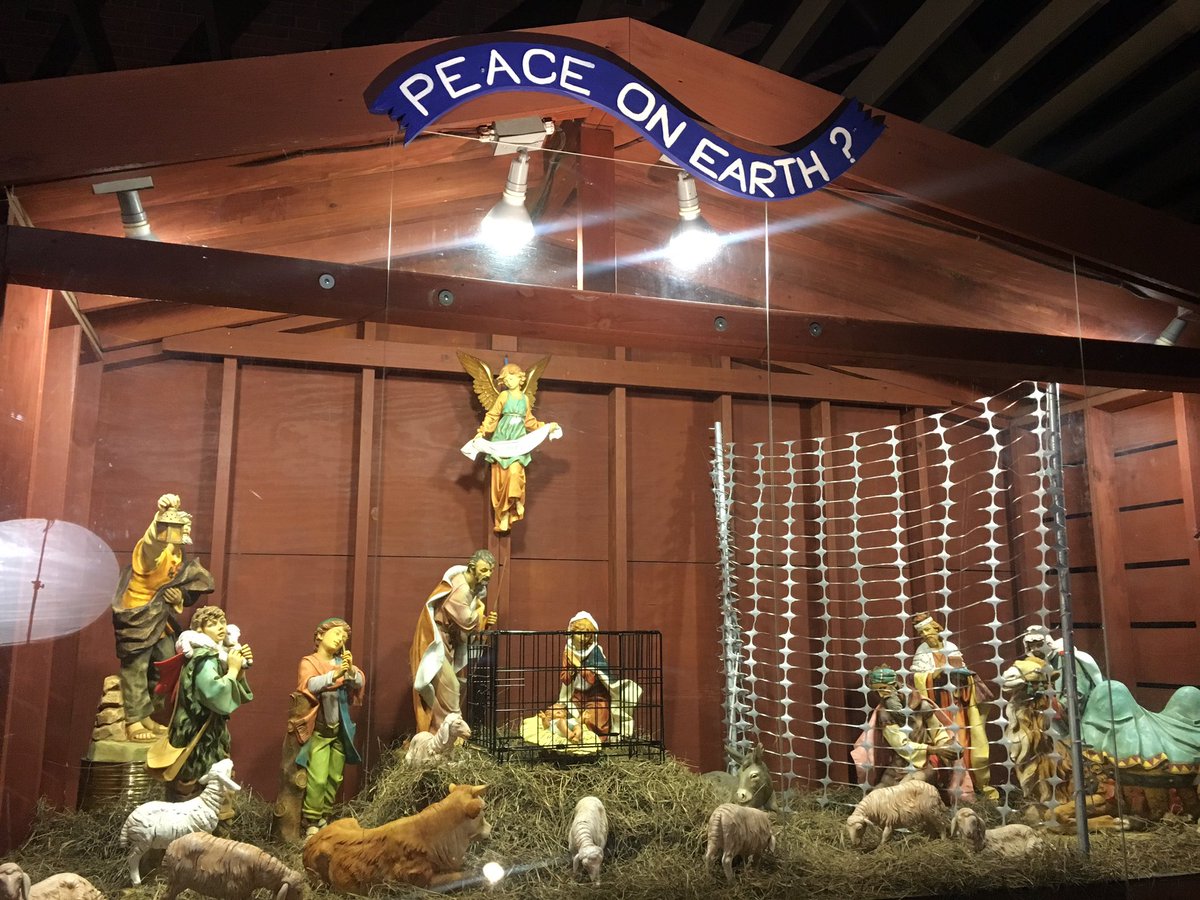 The nativity scene at St. Susanna Parish in Dedham also has the three wise men barricaded from Mary and Joseph by a fence-like structure.

”Peace on Earth?” This nativity scene at St. Susanna Parish in #Dedham is hoping to shine a light on the topic of immigration. Details on #WBZpic.twitter.com/2td865JnJF
— Anna Meiler (@AnnaMeiler) December 5, 2018

The church says it is hoping to spark a conversation about how immigrants are being treated at the U.S.-Mexico border, the Boston Globe reports.
“We thought we would kind of put a mirror image of what it would look like if this happened 2,000 years ago,” Father Stephen Josoma told the Globe. “It’s kind of a mirror image of where we are at today.”

The idea for the divided nativity scene came out of a meeting of the congregation’s Pax Christi committee, a group that gathers monthly and “seeks to educate the community on matters related to peace and justice,” according to the church’s website.
The setup shows baby Jesus enclosed in a cage, with Mary and Joseph looking over him. To the right of them, the three wise men are visible behind a net that extends from the ground to the stable’s ceiling, to “keep out foreigners,” Josoma said.
A sign with an arrow on it is tacked to the net and points toward the wise men. Written on the sign is the word “deportation.”
A second sign, which is mounted above the stable, poses a question for passersby: “Peace on Earth?”

The church did a message-based nativity scene last year as well, that one about gun control. Above Mary, Joseph, and the baby Jesus there were 16 signs listing the locations of the worst mass shootings in the U.S., along with the death counts.
Meanwhile, the Chicago chapter of the Satanic Temple has erected a "Snaketivity" statue that it successfully forced officials to display next to a huge Christmas tree in the Illinois Statehouse rotunda just in time for the holiday season.
The statue, which features a hand holding up an apple with a serpent wrapped around it, is now included alongside a Nativity scene and a Hanukkah menorah. It's title, "Knowledge Is The Greatest Gift," overtly mocks the idea of Christ as God's great gift to the world.