The Bächle of Freiburg: The Mediaeval Gutters That Became Recreational Hotspots

The German city of Freiburg in the edge of Black Forest has a curious attraction—little streams of clear water flowing through the city in open channels sunken into the pavement. During a hot day, of which there are plenty in Freiburg, one can see people relaxing besides these streams with their feet dipped into the cold water. Children love to splash around in the shallow waters, they jump, run and float paper boats and have merry. And if an outsider accidentally falls into one, the local wisdom goes, they are destined to marry a Freiburger.
The city’s unusual gutter system, locally known as Bächle, was once used to bring water from the Dreisam river down to the city to feed livestock and fight fires. The Bächle was first documented in the year 1220, but archeological excavation suggests that they existed at least a hundred years earlier right back to the time when Freiburg was founded. 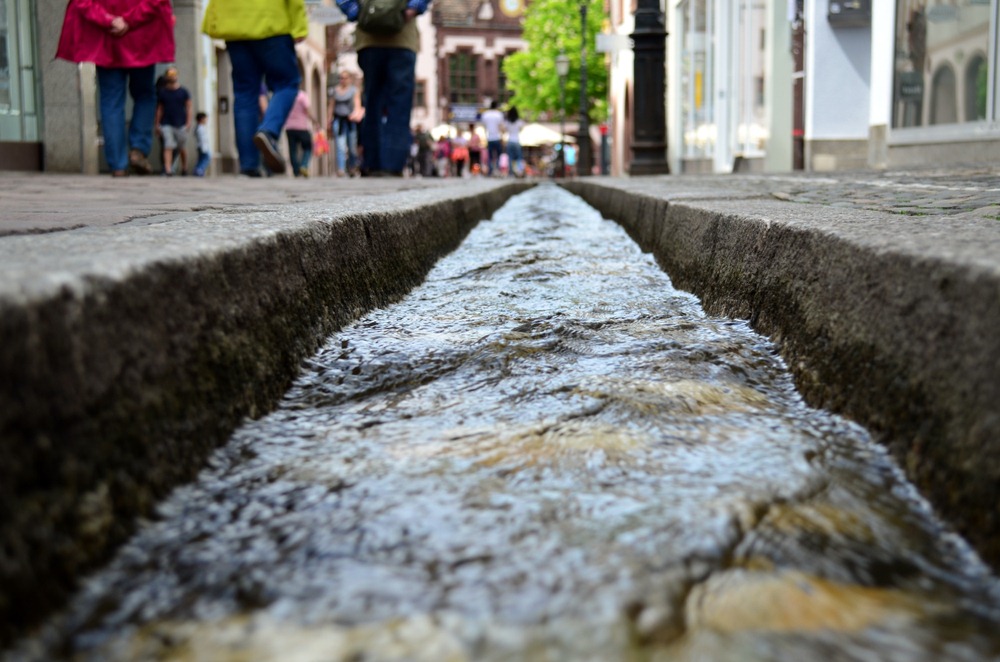 The construction of artificial water courses seemed natural since the early city was conveniently built on a slope. But as the city expanded and it became difficult for water to reach the newer parts of the city, the old city was raised by up to three meters so that the entire system of Bächle could be elevated. The water carried by the Bächle was not meant for drinking but only for feeding livestock and irrigating fields after it had passed through the city. They also functioned as rainwater gutter carrying all the dirt from the streets.
One of the most unflattering description of the Bächle came from the scholar, Erasmus of Rotterdam, in the 16th century. In a letter to the Dutch politician, Gaspar Schetz, Erasmus wrote:

Here there is great uncleanliness. Through all the streets running an artificially-run brook. This refers to the bloody juices butchers and butchers, the stench of all cuisines, the dirt of all houses, the vomit and urine all, even the feces of those home no latrines have. With this water the sheets are washed, cleaned the wine glasses, even the cooking pots.

The Bächle originally ran down the middle of the road, which can still be seen today in the Market street. But with increasing population and road traffic, the Bächle became a nuisance and in the mid-19th century they were moved to the edge of the road, and the majority were covered with wood or iron plates or edged with stone chutes or pipes.
Water streams flowing through cities were more common in the early days.  The 15th century Italian traveller Antonio de Beatis wrote about Innsbruck that the streets were “broad and had a lot of water channels and fountains”. In the German town of Goslar, the River Gose was already rerouted through the city by 1200 and supplied the population with drinking water. Many German towns and cities, aside from Freiburg, have watercourses although Freiburg’s Bächle are the most famous. 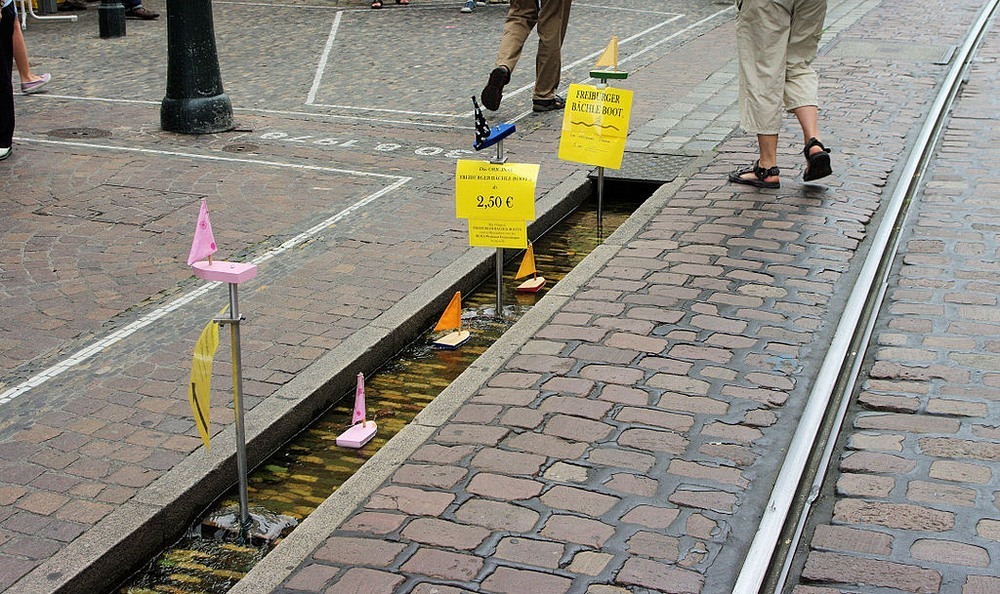 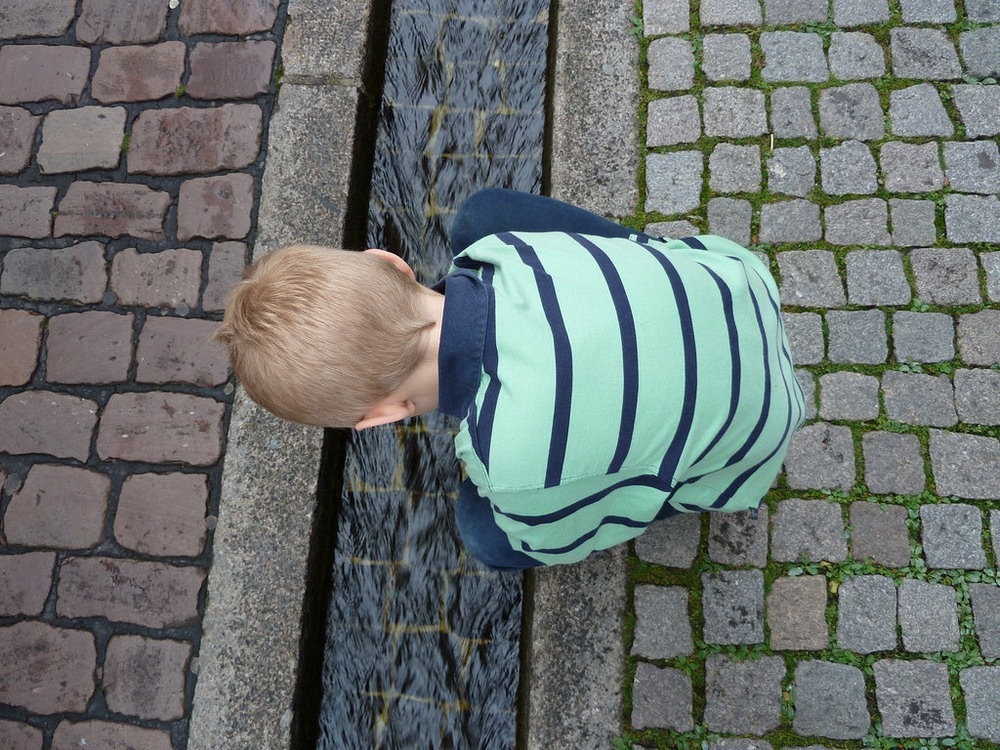 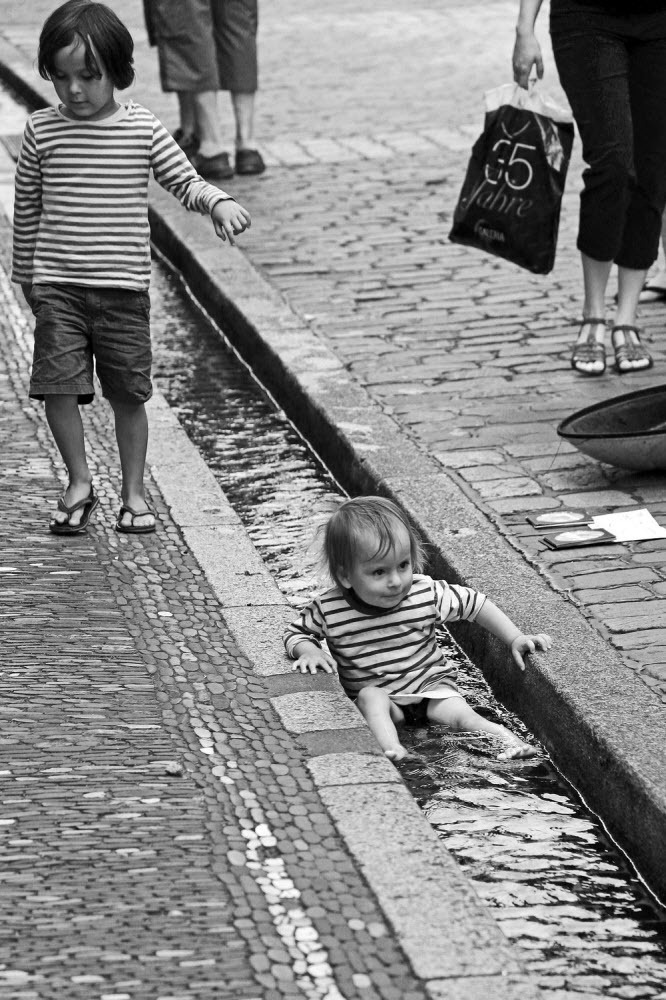 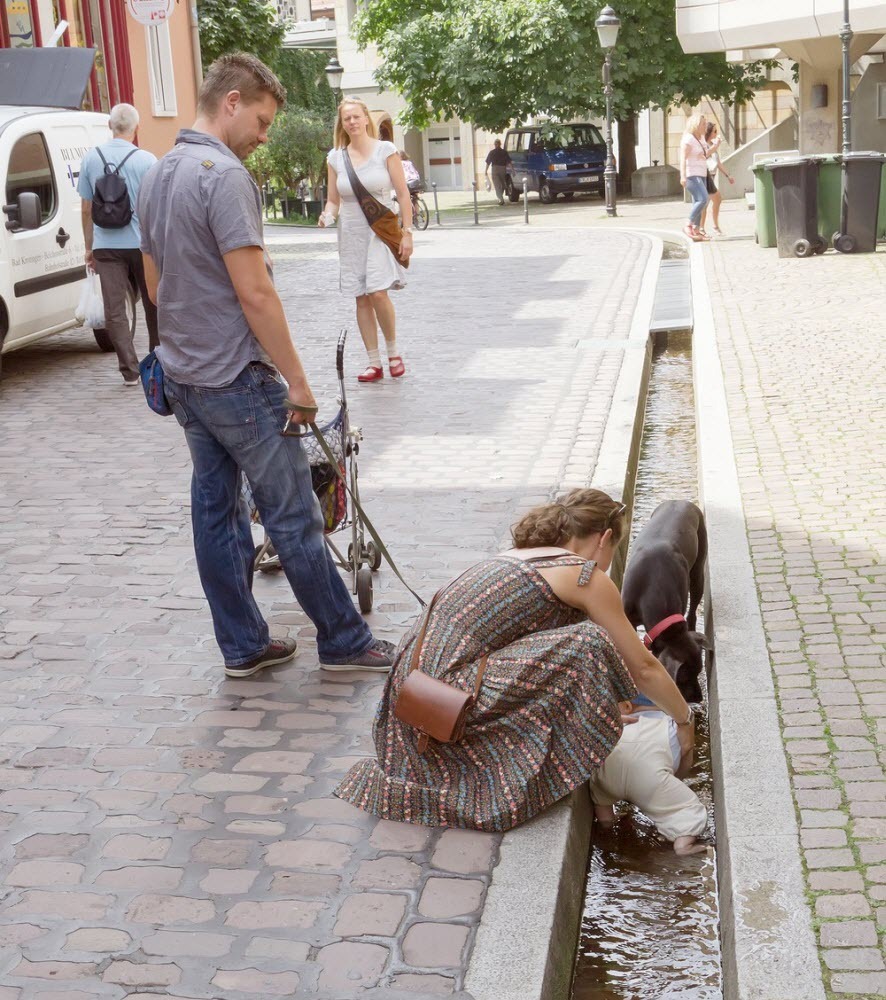 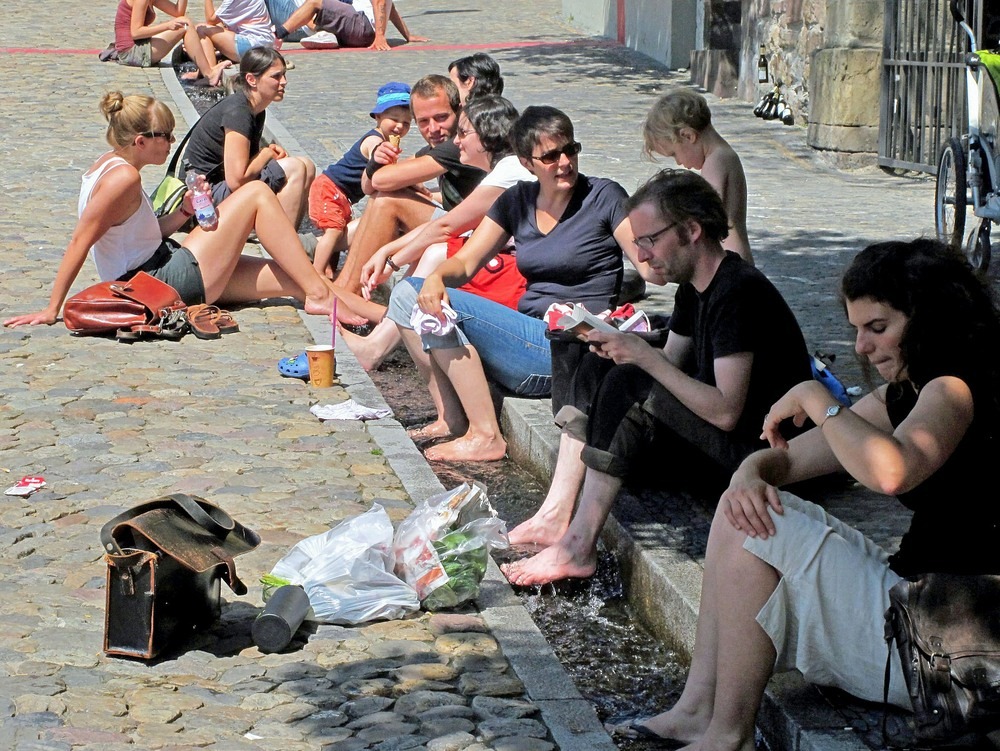 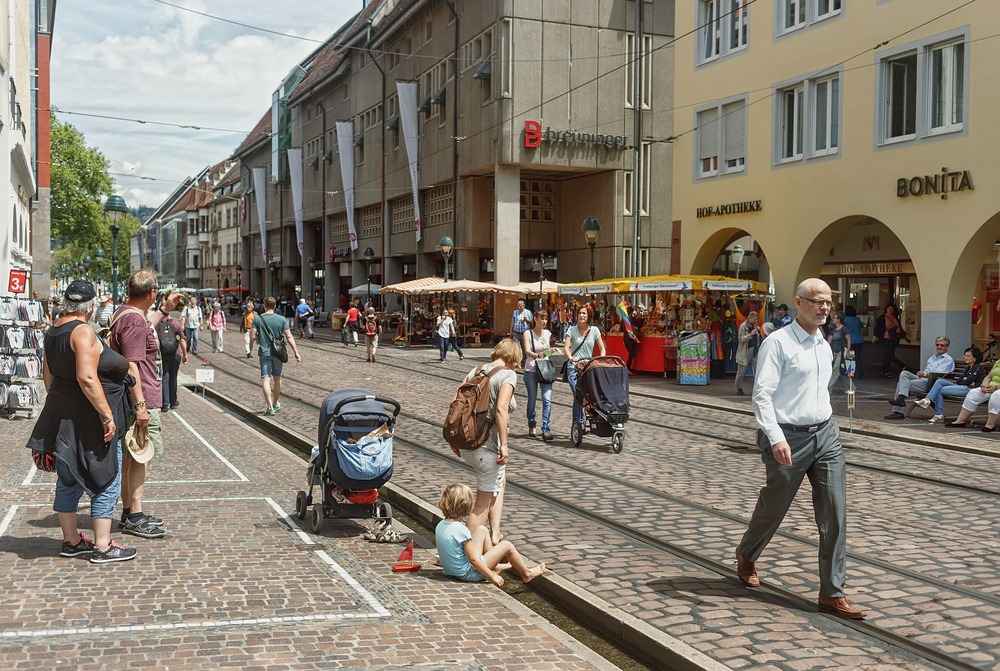 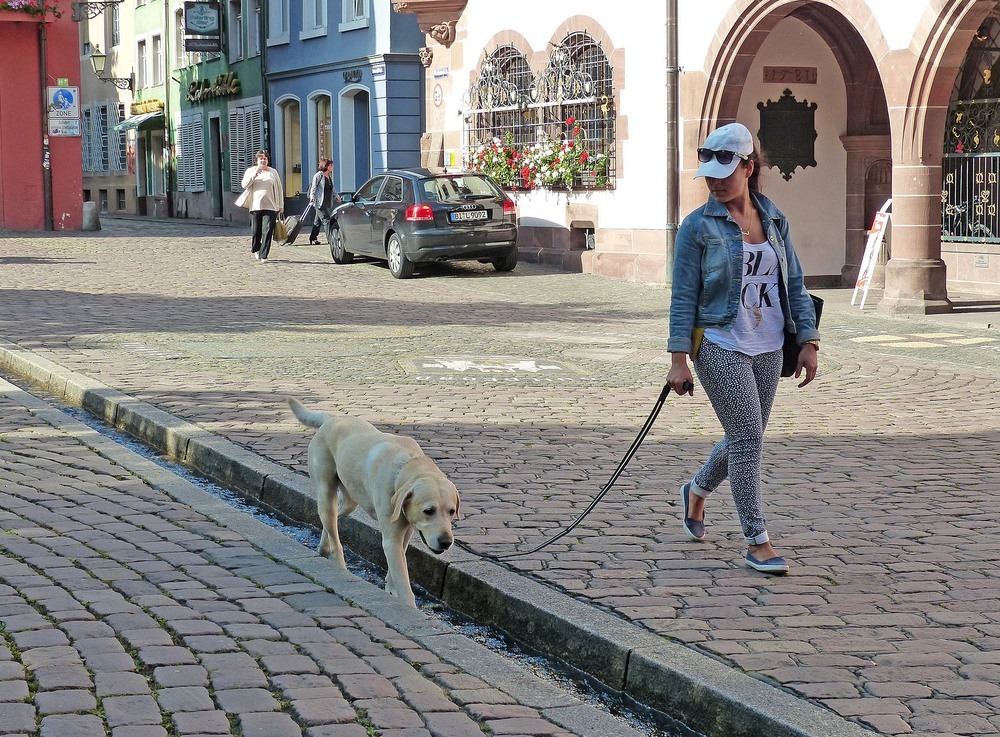 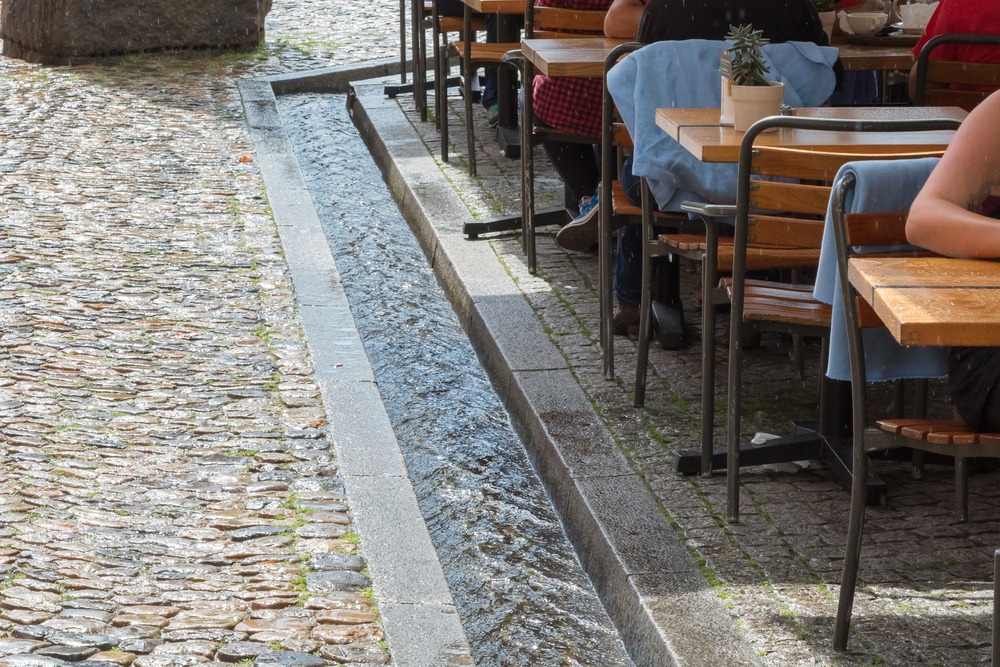 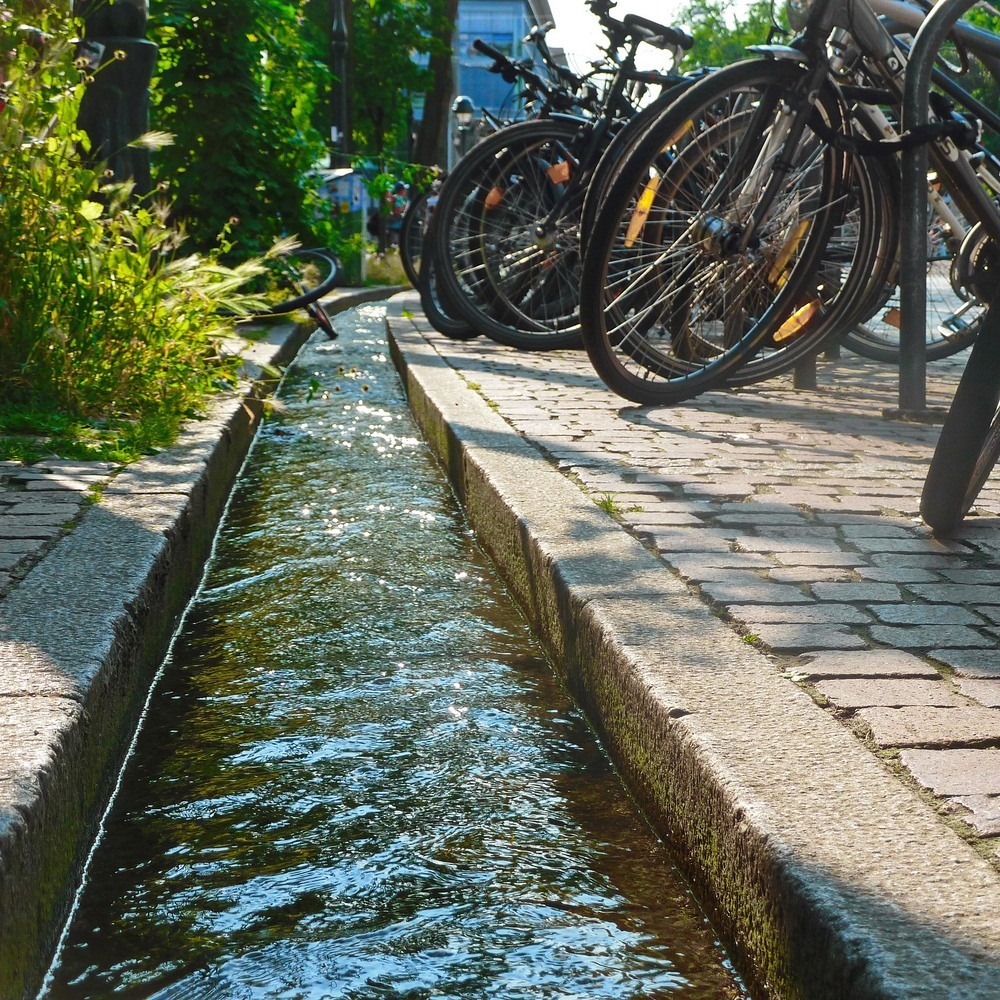