This mouth-watering chunk of stewed pork belly with a gratuitous layer of fat and glistening sheen is actually a piece of rock—jasper to be exact—that was cleverly carved and dyed to resemble a succulent piece of meat by an anonymous Qing dynasty artist in the 19th-century. Known as the “meat-shaped stone,” the just two-inch-tall sculpture has been the most prized possession of the National Palace Museum in Taiwan for the past two hundred years.
What makes this piece of art so special is that the rock naturally looks like a piece of pork belly, with its layers formed by the accumulation of different impurities. The craftsman who made this took the rich natural resources of the stone and carved it with great precision, even rendering the pores, the wrinkles and dimples on the skin. The stone was then stained giving it a luscious, fleshy appearance. 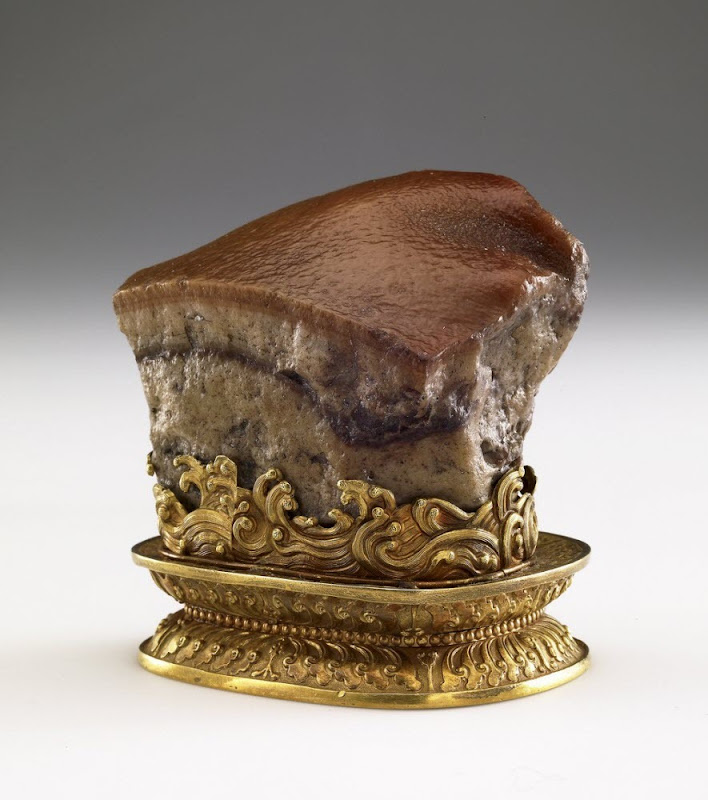 The dish rendered in stone is the famous Dongpo pork, or braised pork belly, invented by the 11th-century Chinese poet and artist, Su Dongpo. Legend has it that Su Dongpo was once making stewed pork when he was interrupted by an old friend who came visiting and challenged him to a game of Chinese chess. While playing Su totally forgot the stew, which in the meantime had become extremely thick-cooked, thus accidentally inventing the recipe. Dongpo pork is now a delicacy in China. In fact, China has a gazillion pork dishes. They are the largest producer and consumer of pork in the world, accounting for more than half of global pork consumption. Pork is so important in Chinese cuisines that the government keeps hundreds of thousands of tons of frozen pork in “strategic reserve” to be released in market during lean period or during holidays, the same way some nations have strategic oil reserves.
The National Palace Museum’s other famous exhibit is the Jadeite Cabbage—another piece of rock that has been carved into the shape of a Chinese cabbage head. It even has two insects crawling among the leaves.
The cabbage was carved from a single piece of jadeite taking advantage of its half-white, half-green natural colors. The numerous imperfections in the rock such as cracks and discolored blotches were incorporated into the sculpture and became the veins in the cabbage's stalks and leaves. 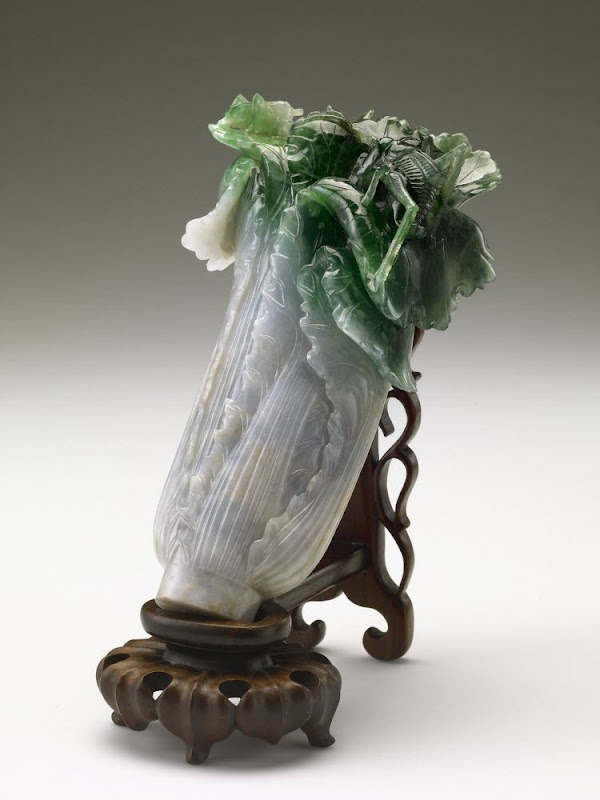 Jade and jadeite carving dates back to prehistoric times. In Chinese art, jade was used in a wide variety of jewelry art, figure carving and other types of sculpture. One important reason why carved-jade objects were and still are so highly prized, is because the Chinese believe that jade represents purity, beauty, longevity, and even immortality. In addition, jade carvers valued the stone for its glitter, translucent colors and shades.
Carving jadeite into cabbages became popular in the middle and late Qing dynasty (1644 to 1912), although the theme relating cabbages and insects is older still, and can be traced back to the professional insect-and-plant paintings of the Yuan to early Ming dynasty (13th-15th centuries).
The Jadeite Cabbage originally was displayed in the Forbidden City's Yong-he Palace, which was the residence of the Emperor Guangxu's consort, Lady Jin. For this reason, some have surmised that this piece was a dowry gift for Consort Jin—the whiteness of the cabbage is inferred to signify the chastity of the bride, while the locust and the katydid at the leaf tips symbolize fertility. 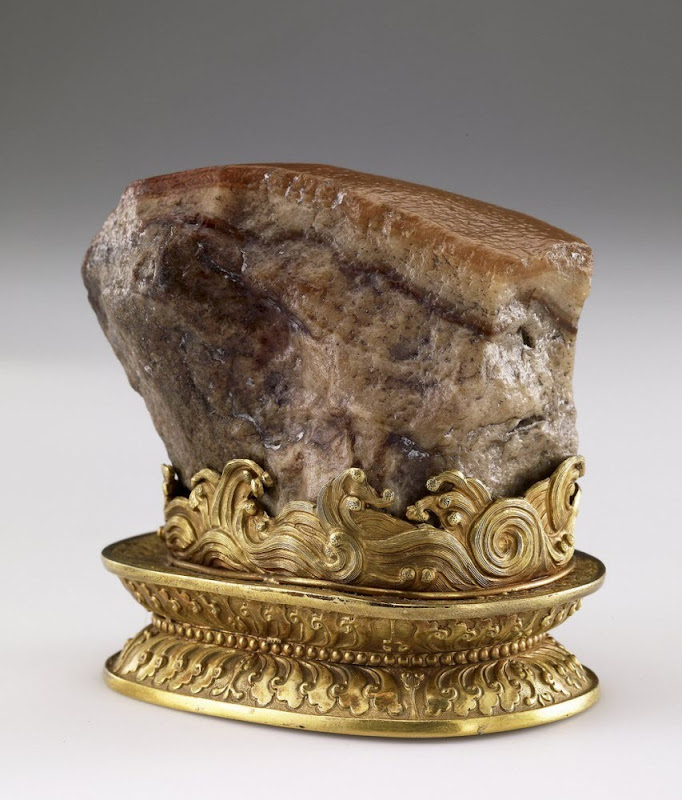 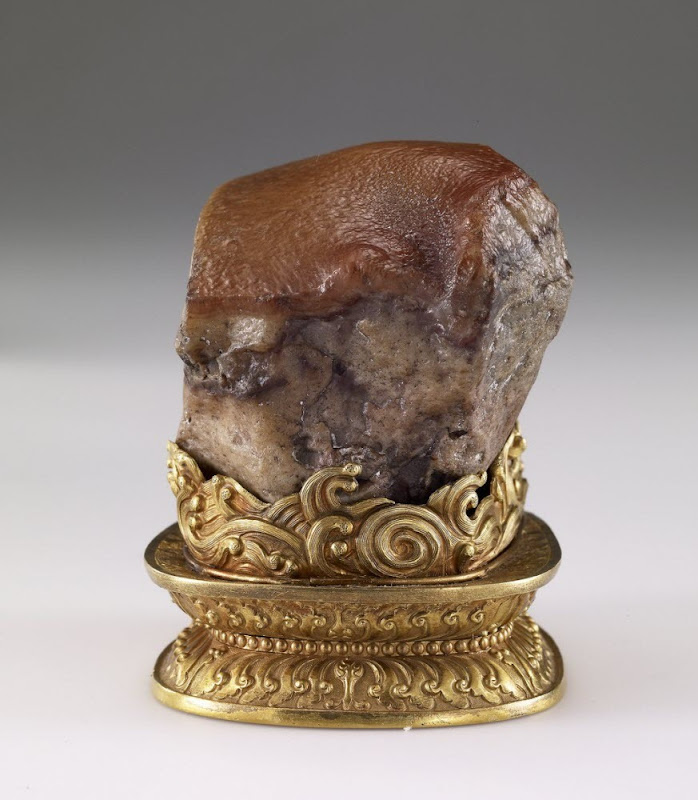