Leaving your car running to defrost the windscreen is actually a crime that could land you a fine of up to £40, the RAC has warned.
The common technique is considered an offence under section 42 of the Road Traffic Act 1988, despite the fact most drivers use it to be safer on the road.
If caught by police, motorists could be forced to pay a fixed fine of £20 - which doubles if it's not paid within the given time frame. 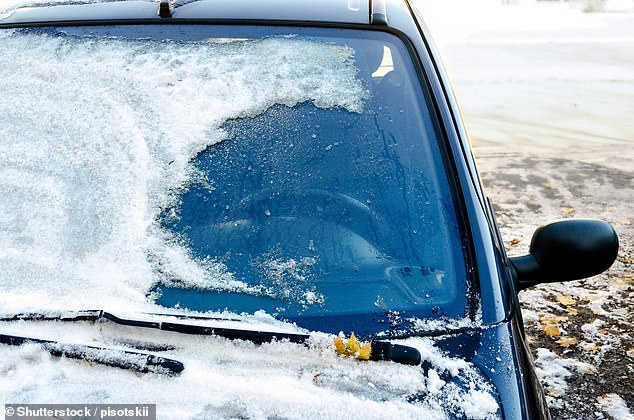 Leaving your car running to defrost the windscreen is actually a crime that could land you a fine of up to £40
It only applies if the vehicle is stationary on a public road - and drivers will only receive the fixed penalty if they refuse to turn their engine off.
The RAC pointed to rule 123 of the Highway Code to explain why it is against the law to use the defrosting technique.
The rule states: 'You must not leave a vehicle engine running unnecessarily while that vehicle is stationary on a public road.'
But an RAC spokesperson said: 'The important bit here is the interpretation of the word ‘unnecessarily’.
'But in any case, a £20 fixed penalty notice would only apply if someone then refused to turn their engine off – and it’s only £40 if left unpaid.'
Drivers are being encouraged to use anti-freeze and scrapers to be on the safe side.
It's not just police you have to worry about either, as insurance companies are also more than likely to refuse to pay out if your car is stolen while it's defrosting.
This is because the driver is considered to have 'significantly increased the risk of their car being stolen'. 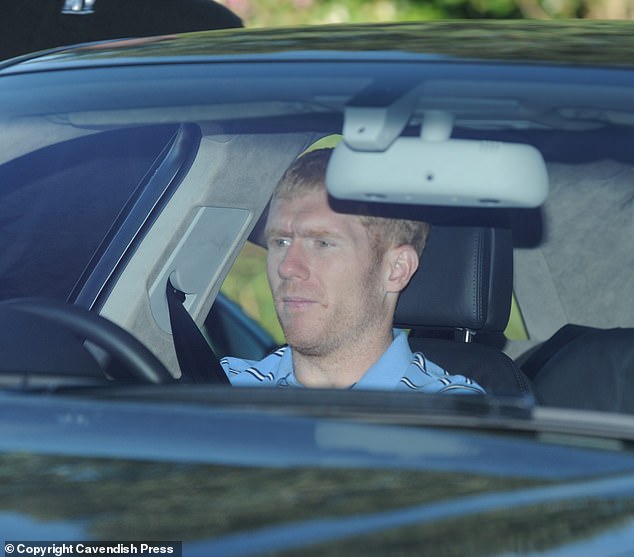 Ex-Manchester United star Paul Scholes had his £30,000 Chevrolet Captiva stolen while defrosting
Ex-Manchester United star Paul Scholes had his £30,000 car stolen after he left the engine running while defrosting it on his driveway in 2013.
The 44-year-old former England midfielder had gone back inside his home in Oldham, Greater Manchester, while ice melted on the windscreen of his Chevrolet Captiva LT 2 Estate.
But while he was inside thieves struck at 7.45am.